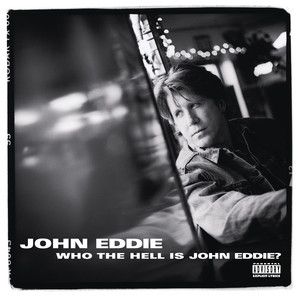 On the roller coaster of his career so far, John Eddie has had enough big breaks, hard luck, new beginnings, false starts, serious adventure and big fun to inspire a boxed set's worth of country songs. He's had the sort of life - often hard-scrabble, occasionally charmed -- that other artists only imagine, or have someone else write about for them. John has managed to document a lot of this on Who The Hell Is John Eddie?, his debut disc for Lost Highway, along with details of assorted dreams, wi...

On the roller coaster of his career so far, John Eddie has had enough big breaks, hard luck, new beginnings, false starts, serious adventure and big fun to inspire a boxed set's worth of country songs. He's had the sort of life - often hard-scrabble, occasionally charmed -- that other artists only imagine, or have someone else write about for them. John has managed to document a lot of this on Who The Hell Is John Eddie?, his debut disc for Lost Highway, along with details of assorted dreams, wishes, romances, and regrets. He really has spent endless days and nights on the road, playing the "shit-hole bars" he so hilariously and accurately recalls. And he's endured the heckling of alcohol-fueled patrons wanting to hear Skynyrd and Petty and demanding to know, Who The Hell Is John Eddie?.

The funny thing is, his career first took at a time when everybody, in the music biz at least, wanted to know who the hell John Eddie was. It was the mid-eighties and the Virginia native, who'd recently relocated to New Jersey, was playing a showcase club in Manhattan called Trax. A busload of supporters had come to cheer him on. A few A&R guys caught the show, in which John wowed everyone in the house. By the next morning he found himself on the brink of an intense major-label bidding war that soon attracted the interest of the press as well as the industry. It didn't hurt that Bruce Springsteen, was, and still is, a fan and would sometimes surprise John by hopping onstage during his weekly gig at the Stone Pony in Asbury Park, NJ.

Though lots of comparisons to the Boss were made, especially after John signed a two-album deal with CBS/Sony, John's approach was always more Memphis than Asbury Park. He had a lot of country in him, plus elements of soul music, folk, and rockabilly. There was boyish swagger in his voice, but it was the vulnerability lurking behind it that could really get to you. John had an easy-going rapport with his very loyal audience, and a self-deprecating sense of humor that has only sharpened over the years.

It's fitting then that he would wind up in Memphis, at the fabled Ardent Studios, to make the most-self assured record of his career, an album that's smart, funny, tender, and that rocks as hard as his sweat-drenched live shows. Who the Hell Is John Eddie? features Kenny Vaughan and PK Lavengood on guitar, Kenny Aaronson on bass, and Kenny Aronoff on drums. The album was produced by Jim Dickinson, a guy as legendary as the studio he helped make famous, and who knows his way around authentic. Dickinson's credits include producing Big Star's Third/Sister Lovers and the Replacements Pleased To Meet Me at Ardent, as well as playing with the Rolling Stones, Aretha Franklin and Bob Dylan, just to name a few. Jim's a producer who likes to cut to the chase: to capture, not merely reproduce, an artist's most incandescent moments. He found a lot of those with John.

"Jim taught me a lot about letting the whole thing just happen," John explains. "Don't over-think it and if it doesn't feel real, lose it. We didn't do any pre-production. We just set the band up, I would play the band a song, we would run through it a few times, record something, then look to Jim to see if we were doing anything worthwhile. Jim brought some Memphis voodoo to the sessions. On 'Jesus Is Coming,' I had one verse and half a chorus when we started running through the song. I hadn't even played it for Jim before. He told me I'd been holding out on him. And as I looked at him through the glass, the words finished themselves. I believe God works in mysterious ways. So does Jim Dickinson."

John's always been a great songwriter; now he's an even better one. During his tenure at Sony, and later Elektra, his perennial Next Big Thing status got in the way of the truth of the matter he had already arrived. All you had to do was tune out the din of hype and listen. His material was unfailingly clever, often funny, alternately foot-stomping and heartbreaking. After John went on his own and launched Thrill Show Recordings, the more stripped-down sound of his subsequent albums made his gifts that much more apparent. Who the Hell Is John Eddie? starts off in a gentle, bittersweet vein with "If You're Here When I Get Back, which John calls "wishful thinking put to music," and "Let Me Down Hard," in which "wishful thinking gets mercilessly crushed." Both feature label-mate Tift Merrit on background vocals. But the album definitely grows more raucous as it goes along - John describes "Low Life," for example, as "me trying to be Randy Newman fronting the Rolling Stones"-and culminates in what John calls "my bar-band mini-rock opera."

It's starts with "Nobody's Happy," a sly nod to a Replacements song of almost the same name, and climaxes with "Play Some Skynyrd." Regarding that very autobiographical song, John says, "I've been playing in bars my whole life. Jim Dickinson made this sound like we were playing in an arena to a sea of upraised cigarette lighters. He made it sound like I heard it in my head. He made it sound like an anthem. And he told me it brought tears to his eyes, which is probably the best compliment I've ever gotten."

Although there are two hidden tracks at the end of the disc, it officially concludes with "It Doesn't Get Better Than This," a simple, folk-like ballad that takes you right back to where everything started, with images of a place to come home to and someone waiting there. Maybe it's more wishful thinking put to music, a happy ending John's envisioned somewhere down the road. For us, however, it doesn't get better than this: an album as rollicking and as real as Who the Hell Is John Eddie? from an artist will make damn sure everyone knows who the hell he is. 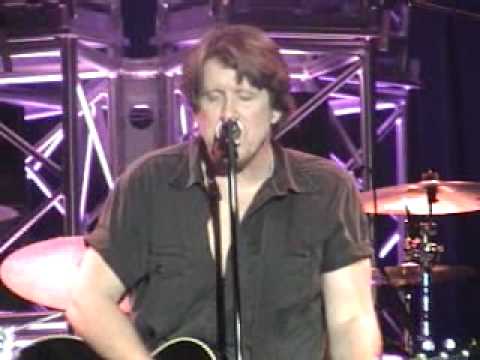 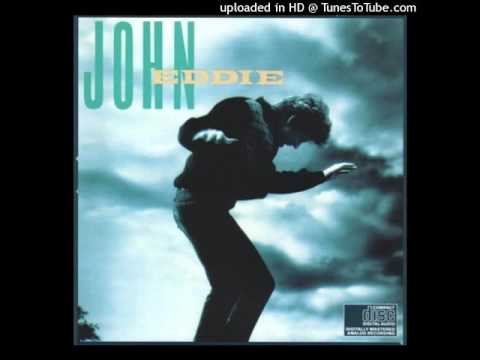 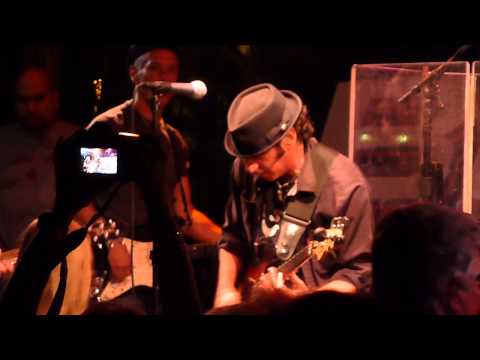 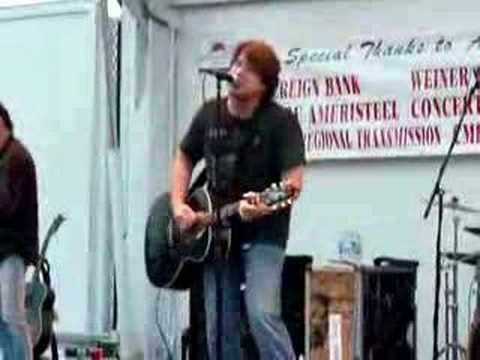 Fall for It Every Time 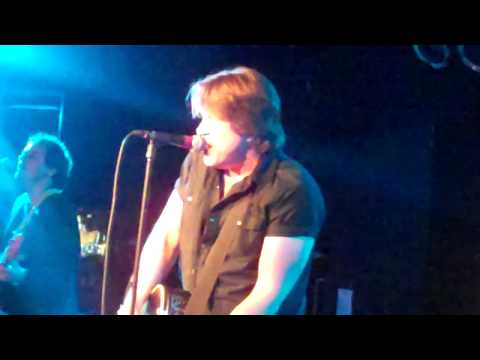 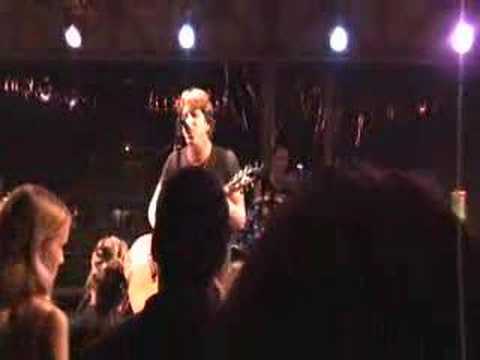 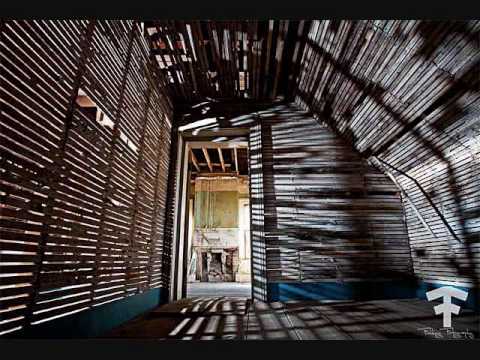 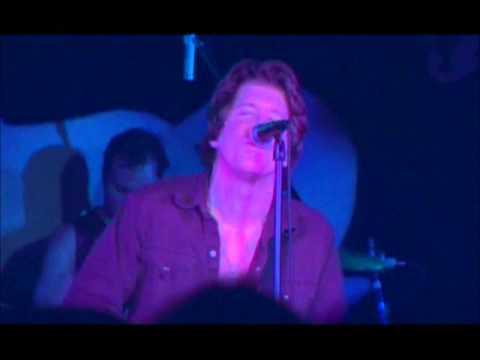 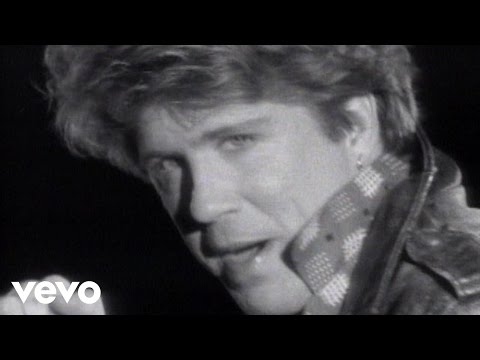 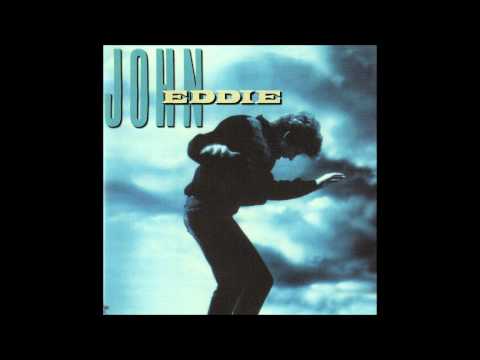 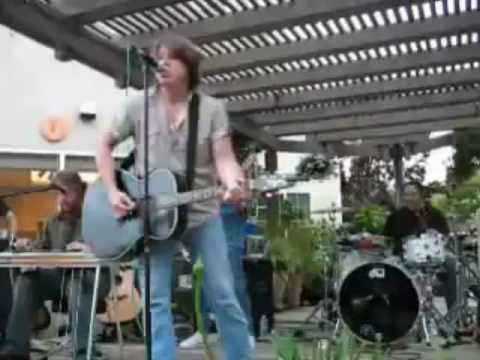 Let Me Down Hard 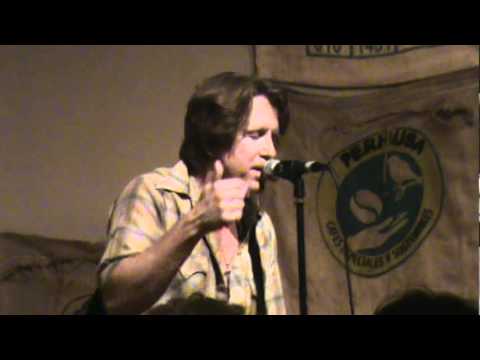 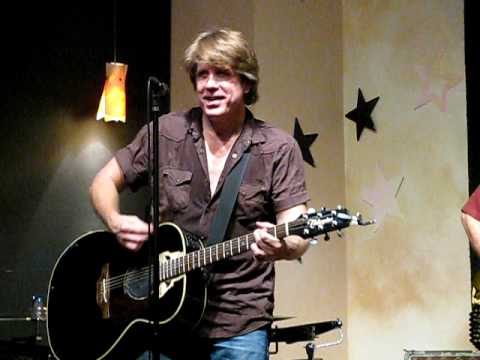 Lost Along the Way 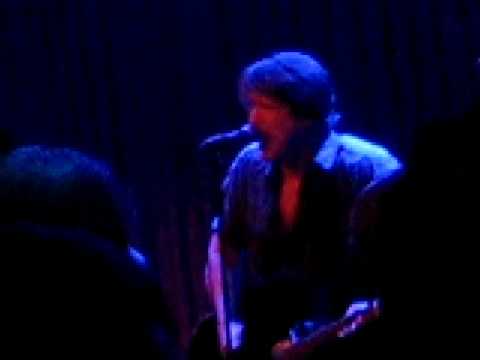 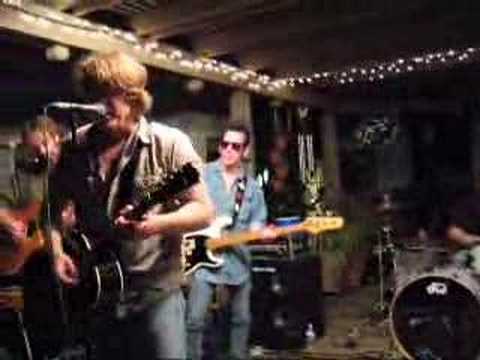 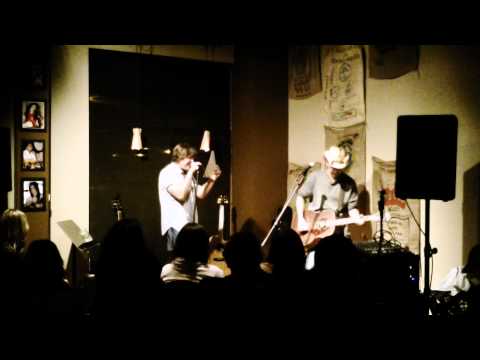 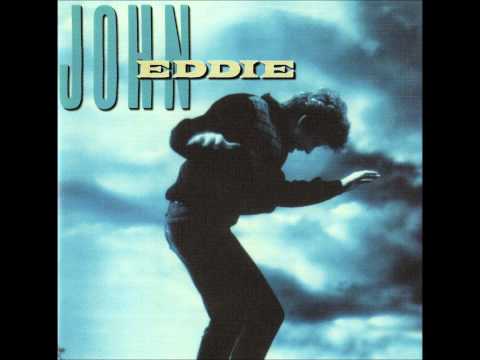 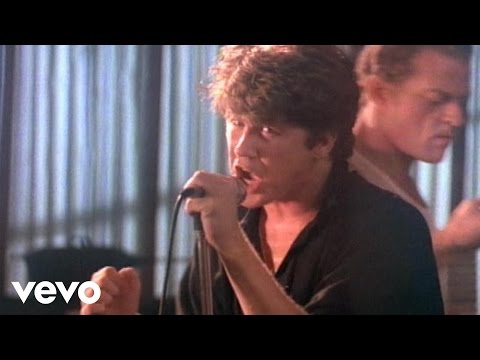 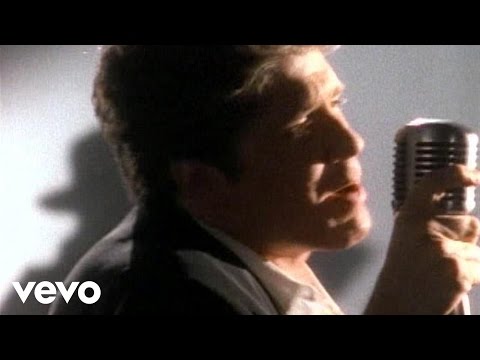 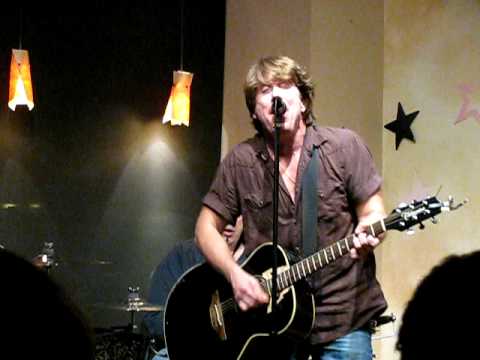 Whats Left of My Heart 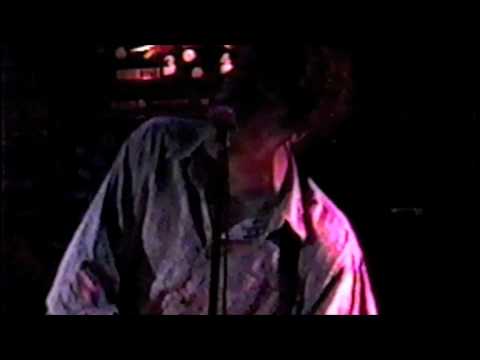 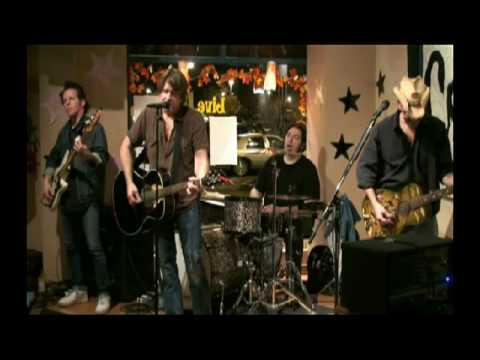 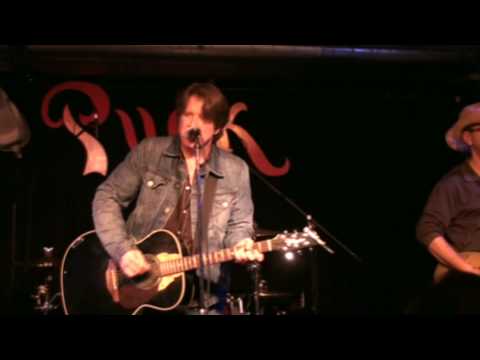 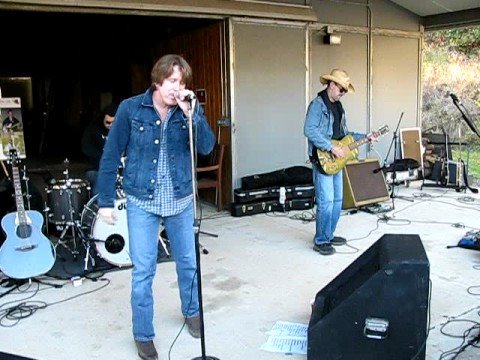 john eddie - i want you back / did she ask about me 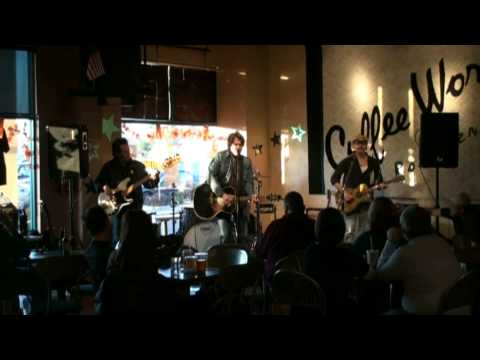