John Dummer (born in London, 1944) formed the five-piece John Dummer Blues Band and with them made five albums during the 1960s-70s.

Dummer formed the John Dummer Blues Band in 1965. The original line-up was John Dummer (vocals, harmonica), Roger Pearce (guitar), Pete Moody (bass), Bob Hall (piano) and Dave Bidwell (drums). Moody later left to be replaced by Tony Walker (bass) and his sister Regine Walker joined Dummer as a second vocalist. The band changed its line-up and began a regular Sunday afternoon residency at the Studio 51 Club in London's West End. Dummer had moved onto drums, and Dave Kelly and Tony McPhee joined as guitarist/vocalists, with Iain "Thump" Thomson (bass) and John O'Leary (harmonica). Dave's sister, Jo-Ann Kelly, was also a regularly featured vocalist at these sessions. The band picked up a following at the club with visiting artists such as John Mayall, Keef Hartley, Champion Jack Dupree, Long John Baldry, Duster Bennett and Alexis Korner. The band was signed to Mercury Records and their first album, Cabal, was released in 1968. Dave and Jo-Anne Kelly and Tony McPhee were featured artists, and the band was the same as had regularly played the Studio 51 Club. Tony McPhee left the band shortly after to re-form The Groundhogs.

After the third album the band "drifted apart", only to reform to record again when their song "Nine By Nine", featuring violinist Nick Pickett, was number 1 in France. The 1972 album Blue, released as the John Dummer Band, featured a cover by Roger Dean, whilst the band had shrunk to a four-piece blues-rock band, comprising Dummer, Pickett, Pietryga and Thomson. The band's fifth album, Oobleedoobleejubilee (1973), released as John Dummer's Oobleedooblee Band, had a country music style, whilst the line-up again included the Kelly, along with Michael Evans (violin) and Roger Brown (vocals). The band's final album, recorded in 1973, included Graham Bond (saxophone), Pick Withers (drums), Pete Emery (guitar) and Colin Earl (Foghat) (keyboards), but the album was shelved, and the band broke up in 1974. This final album was eventually released in 2008, as the Lost 1973 Album.

Dummer became a promotion manager; spending three years at MCA Records and a year at Elektra Records, before joining A&M Records. In 1977 he became the drummer with Darts, with former Dummer Band members "Thump" Thomson and guitarist George Currie, who had earlier re-formed with Dave Kelly to play the London pub scene as The John Dummer Band. Dummer wrote songs including Darts' "Late Last Night", "How Many Nights", and "Can't Get Enough of Your Love" which reached #45 on the UK Singles Chart, before leaving in 1980.

Dummer then played drums, toured and recorded with Lowell Fulson and Eddie C. Campbell. (Lowell Fulson - Think Twice Before You Speak; Eddie C. Campbell - The Baddest Cat On The Block. Both JSP Records 1082 & 1087 respectively). His next group, True Life Confessions, featured his wife Helen April, second drummer Manic Esso from The Lurkers, bassist Harry Kakouli from Squeeze, guitarists Robin Bibi and Mark Nevin (later to form Fairground Attraction and write the hit "Perfect") and two Afro-French girl singers, Any Toco-Salvetti and her sister Myriam. They issued several records on A&M, but none charted. Dummer and his wife also performed as a duo, and peaked at number 54 in the UK Singles Chart with their cover version of "Blues Skies" and were also known for "Own Up If You're Over 25".

He then managed The Screaming Blue Messiahs for three years, before restoring properties in France and Portugal. He formed Screwy Truants with French musicians, sang and played harmonica with French guitarist Jean-Claude Manuel, and drummed with harmonica player and blues singer Nico Toussaint. Dummer is currently still drumming with various groups in Bordeaux and working as an antiques trader, furniture restorer and author. His bitter/sweet story of an ex-pat's dream Serge Bastarde Ate My Baguette: On the Road in the Real Rural France was published by Summersdale in 2009, and was followed by a sequel Son of Serge Bastarde: Mayhem In The Antiques Markets of Rural France. 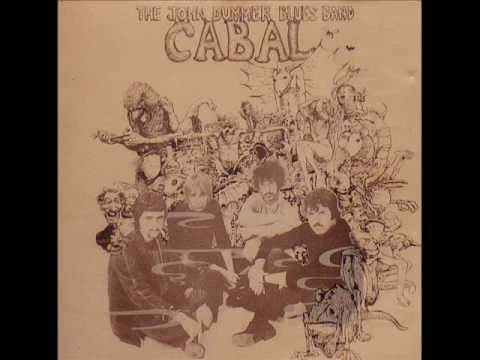 When You Got A Good Friend