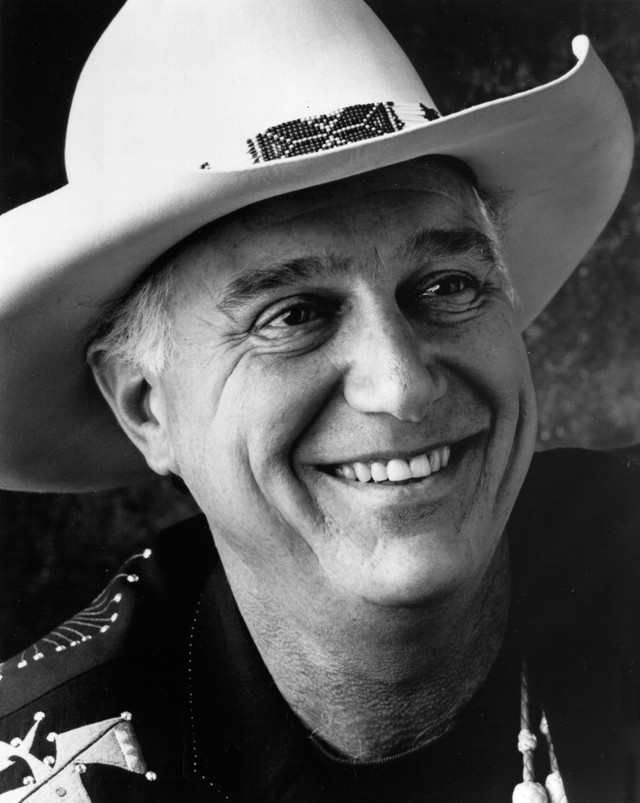 Jerry Jeff Walker (born Ronald Clyde Crosby in Oneonta, New York, on 16 March 1942; died 23 October 2020) was an American country music singer and songwriter. He is best known for writing the 1968 song "Mr. Bojangles". During the late 1950s, Crosby was a member of a local Oneonta teen band called The Tones. The band traveled to Philadelphia to audition for Dick Clark's "American Bandstand", but were turned down. Members of the band found Dick Clark's house and were able to get a recommendation...

During the late 1950s, Crosby was a member of a local Oneonta teen band called The Tones. The band traveled to Philadelphia to audition for Dick Clark's "American Bandstand", but were turned down. Members of the band found Dick Clark's house and were able to get a recommendation to audition at New York City's Baton Records through the company's lead producer Sol Rabinowitz. The band was given a recording contract, but the studio wanted a quintet backed by studio musicians, which left Crosby and another member out of their recordings.

After high school, Crosby joined the National Guard, but his thirst for adventure led him to go AWOL and roam the country busking for a living in areas like New Orleans, Texas, Florida, and New York. He played mostly ukulele until Harriet Ottenheimer, one of the founders of The Quorum, got him settled on a guitar in 1963. He adopted his stage name "Jerry Jeff Walker" in 1966. He spent his early folk music days in Greenwich Village in the mid 1960s. He co-founded a band with Bob Bruno in the late 1960s called Circus Maximus that put out two albums one with the popular west coast hit "Wind", but Bruno's interest in jazz apparently diverged from Walker's interest in folk music. Walker thus resumed his solo career and recorded the seminal album "Mr. Bojangles" with the help of David Bromberg and other influential Atlantic recording artists. He settled in Austin, Texas, in the 1970s associating mainly with the country-rock outlaw scene that included artists such as Willie Nelson, Guy Clark, Waylon Jennings, and Townes Van Zandt.

"Mr. Bojangles" (written by Walker) is perhaps his most well-known and most-often covered song. It was about an obscure alcoholic but talented tap-dancing drifter, (not the famous stage and movie dancer Bill Robinson, as usually assumed). Bojangles is thought to have been a folk character who entertained informally in the south of the US and California, and some say he might have been one of the most gifted natural dancers ever. Authentic reports of him exist from the 1920s through about 1965. Artists from Nina Simone to Bob Dylan, Philip Glass to the Nitty Gritty Dirt Band, have covered the song. Walker has also recorded songs written by others such as "LA Freeway" (Guy Clark), and "Up Against the Wall Red Neck Mother" (Ray Wylie Hubbard).

A string of records for MCA and Elektra followed Jerry Jeff's move to Austin, before he gave up on the mainstream music business and formed his own independent record label. Tried & True Music was founded in 1986, with his wife Susan as President and manager. Susan also founded Goodknight Music as his management company and Tried & True Artists for his bookings. A series of increasingly autobiographical records followed under the Tried & True imprint. Tried & True also sells his autobiography called "Gypsy Songman". In 2004, Jerry Jeff released his first DVD of songs from his past as performed in an intimate setting in Austin, TX.

His son, Django Walker, is also a musician. In addition to his residence in Austin, Walker had a retreat on Ambergris Caye in Belize where he recorded his "Cowboy Boots and Bathing Suits" album in 1998.

Members of his band varied over the years. The Lost Gonzo Band and the Gonzo Compadres have backed him in the past. Key members of his band included Craig Hillis - guitarist and arranger on Viva Terlingua, John Inmon, Freddy Krc, Gary P. Nunn, Bob Livingston, Bobby Rambo, Mitch Watkins, Steve Samuel, David Bromberg and others. Read more on Last.fm. User-contributed text is available under the Creative Commons By-SA License; additional terms may apply.