A dream can drive you to do some pretty crazy things. It can also take you to some pretty unreal extremes. For Jeremy McComb, it has taken him from his home in Eastern Washington (near the Idaho border), to the bars where he grew up watching his dad perform, to a local radio station where he quickly rose to music director then to the open road where he tour managed one of the most successful comics in the country. And finally, to his own record deal in Nashville, where he realized just how far h...

A dream can drive you to do some pretty crazy things. It can also take you to some pretty unreal extremes. For Jeremy McComb, it has taken him from his home in Eastern Washington (near the Idaho border), to the bars where he grew up watching his dad perform, to a local radio station where he quickly rose to music director then to the open road where he tour managed one of the most successful comics in the country. And finally, to his own record deal in Nashville, where he realized just how far he'd come… and in the same space and time… just how far he had yet to go.

Now, poised to record his sophomore project, McComb feels he's finally found exactly who he is as an artist and is excited to show the world, having come through the myriad of challenges the music business has thrown at him in only a few short years.

"I've spent the last year and half writing songs." explains Jeremy. "It's just a more focused approach to what it is that I do. It took me a few years to figure out who I am as an artist and a writer. Now I finally feel like I'm hitting my stride both personally and professionally. I've also been co-writing with some highly respected and great songwriters like Bart Allmand, Rick Huckaby and Jonathan Singleton. I feel like I've found where I fit in. I recorded my first album, "My Side of Town" five years ago and I have come so far from that. I've been writing since I was a teenager but after the last record, I really focused on trying to hone that craft and I think it's paying off," says McComb.

It's been a long road for the hard-working entertainer, who paid his dues in a multitude of ways before landing his break with Parallel Records and JP Williams, the manager of Larry the Cable Guy. At 23, while working as an afternoon DJ and music director of a Spokane radio station, Jeremy met “Cable Guy,” who was so impressed with Jeremy's smarts and savvy that he hired him to come on the road as his tour manager. Williams was also impressed with Jeremy's music and signed him to a subsequent management/record deal. They Charted three singles from his debut album including the ballad, "This Town Needs A Bar," the heart wrenching "Cold" and "Wagon Wheel," with videos on CMT & GAC.

Jeremy also contributed several of his original songs to movie soundtracks during this period, including the theme songs for the Grammy-nominated "Blue Collar Comedy Tour Rides Again," "Blue Collar One More For The Road," two songs on the "Health Inspector" movie soundtrack and the “credits” song for the movie "Bait Shop" starring Billy Ray Cyrus & Bill Engvall. Impressively, his songs have appeared on projects with combined sales totaling over six million.

Following his run with Parallel, Jeremy stepped back from the business to concentrate fully on his songwriting and rededicate himself to his music, while he continued performing and touring around the country, opening for artists like Sugarland, Montgomery Gentry and Trace Adkins. He also captured the top spot on MySpace for an unsigned country artist.

Jeremy found a sort of peace in the process this time around and settled in, focusing fully on expressing who he is and what he's about. The result are songs like the breezy and sweet, "Easy As Breathin," which he co-penned with Grammy nominated writer / producer Kevin Kadish, and "Cherry Chapstick," which takes us all back to those fun, innocent days of a first kiss. The new material is a departure from the hard-livin’ & rowdy, take-no-prisoner days of his earlier years that Jeremy is relieved to be seeing from his rear-view.

"I was in a different place on my first record...lyrically, mood-wise, just everything. Now I feel like my focus is clearer. It’s a natural progression for an artist to change from record to record and I think I've found a happy medium of all of my influences and of who I am now musically,” says McComb. “I'm proud of my first record and I'm also proud when I listen to it that I can see that I've grown. I'm still just writing what I know.” I've got a song called "Lived In," which is about exactly where I'm at in my life,” McComb says.

Fans will get a chance to hear some of the new material in the new webisode series, "Big Country Blues” starring Jeremy, which will air online in the coming months. Created by Brian Ross (an associate producer with MTV), the series chronicles the life experiences of a Fictional struggling young country artist who leaves his home state of Kentucky, at the urging of his girlfriend and family, to try out for an American Idol-style show. Jeremy starts filming in early September. Read more on Last.fm. User-contributed text is available under the Creative Commons By-SA License; additional terms may apply. 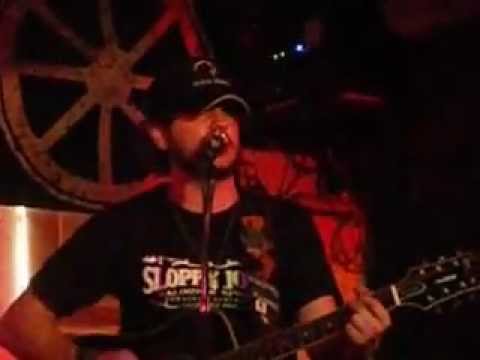 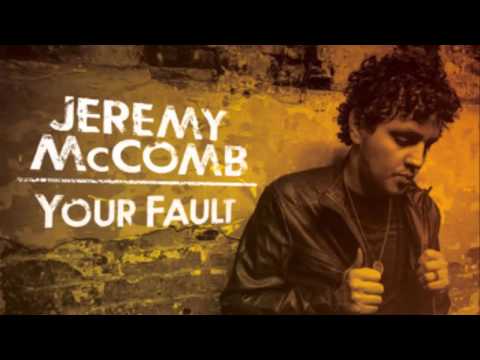