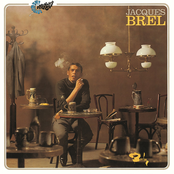 Jacques Brel (8 April 1929 – 9 October 1978) was a Belgian singer and songwriter who composed and performed literate, thoughtful, and theatrical songs that generated a large, devoted following in Belgium and France initially, and later throughout the world. He was widely considered a master of the modern chanson. Although he recorded most of his songs in French, he became a major influence on English-speaking songwriters and performers such as David Bowie, Alex Harvey, Leonard Cohen, Marc Almond...

Jacques Brel (8 April 1929 – 9 October 1978) was a Belgian singer and songwriter who composed and performed literate, thoughtful, and theatrical songs that generated a large, devoted following in Belgium and France initially, and later throughout the world. He was widely considered a master of the modern chanson. Although he recorded most of his songs in French, he became a major influence on English-speaking songwriters and performers such as David Bowie, Alex Harvey, Leonard Cohen, Marc Almond and Rod McKuen. English translations of his songs were recorded by many top performers in the United States, including Ray Charles, Judy Collins, John Denver, the Kingston Trio, Nina Simone, Frank Sinatra, Scott Walker, and Andy Williams. In French-speaking countries, Brel was also a successful actor, appearing in ten films. He also directed two films, one of which, Le Far West, was nominated for the Palme d'Or at the Cannes Film Festival in 1973. Jacques Brel has sold over 25 million records worldwide, and is the third best-selling Belgian recording artist of all time.

Brel was born on 8th April 1929 in Schaarbeek, a district of Brussels, and lived half of his life in Paris. He died of lung cancer on 9th October 1978 in Bobigny in the suburbs of Paris, and is buried in the Marquesas Islands.

Although the Brels spoke French, they were of Flemish descent, with some of the family originating from Zandvoorde, near Ieper. Brel's father was co-owner of a cardboard factory and Brel started his professional life at that firm, apparently destined to follow in his father's footsteps. However he had no interest in it, showing instead an interest in the arts, having joined the Catholic-humanist youth organisation Franche Cordée, where he did some singing and acting. At Franche Cordée he met Thérèse Michielsen ('Miche'), and they married in 1950.

In the early 1950s Brel achieved some minor success in Belgium, singing his own songs. A 78rpm record ("La foire"/"Il y a") was released as a result. From 1954 Brel seriously pursued a singing career. He quit his job and moved to Paris, writing music and singing in the city's cabarets and music-halls.. In January 1955 he supported in the Ancienne Belgique in Brussels the performances of the Belgian pop and variety pioneer Bobbejaan Schoepen. After some success his wife and daughters joined him from Belgium. By 1956 he was touring Europe and he recorded the song "Quand on n'a que l'amour", which brought him his first major recognition. He appeared in a show with Maurice Chevalier and Michel Legrand.

By the end of the 1950s Miche and Brel's three daughters moved to Brussels. He and his family led separate lives from then on. Under the influence of his friend Georges Pasquier ('Jojo') and pianists Gérard Jouannest and François Rauber, Brel's style changed. He was no longer a Catholic-humanist troubadour, but sang grimmer songs about love, death, and the struggle that is life. The music became more complex and his themes more diverse, exploring love ("Je t'aime", "Litanies pour un retour"), society ("Les singes", "Les bourgeois", "Jaurès") and spiritual concerns ("Le bon Dieu", "Dites, si c'était vrai", "Fernand"). His work is not limited to one style. He was as proficient in comic compositions ("Le lion", "Comment tuer l'amant de sa femme...") as in more emotional ones ("Voir un ami pleurer", "Fils de...", "Jojo"). He composed and recorded his songs almost exclusively in French, and is widely recognised in French-speaking countries as one of the best French-language composers of all time.

Brel himself occasionally included parts of his songs in Flemish (Dutch), one of the three official languages of Belgium, as in Marieke. He also recorded eight other Flemish versions of songs, such as Mijn vlakke land (Le plat Pays), Laat Me Niet Alleen (Ne me quitte pas), Rosa, De Burgerij (Les Bourgeois), and De Nuttelozen van de Nacht (Les paumés du petit matin). Since his own command of the language was poor, these were translated by Ernst van Altena, renowned translator of French song. Although France was Brel's "spiritual home" and he expressed contradictory statements about his native Belgium, some of his best compositions pay tribute to Belgium.

A very successful theatrical review of his songs, "Jacques Brel is Alive and Living in Paris," was launched in 1968. It featured English translations of his songs, and it was late made into a film.

To English-speaking listeners, Brel's best-known song is probably "Seasons in the Sun," a hit for Terry Jacks in 1973. Its English lyrics are a translation by Rod McKuen of Brel's "Le Moribond."

For twenty years he was a major star gaining recognition beyond French audiences. In 1973 he retreated to French Polynesia, remaining there until 1977 when he returned to Paris and recorded his well-received final album.

A heavy smoker, it was discovered in 1973 that Brel had lung cancer. He died in 1978 and was buried in Calvary Cemetery in Atuona, Hiva Oa, Marquesas Islands, French Polynesia only a few yards away from painter Paul Gauguin. Read more on Last.fm. User-contributed text is available under the Creative Commons By-SA License; additional terms may apply. 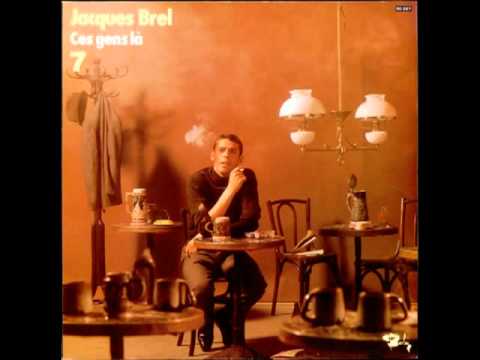 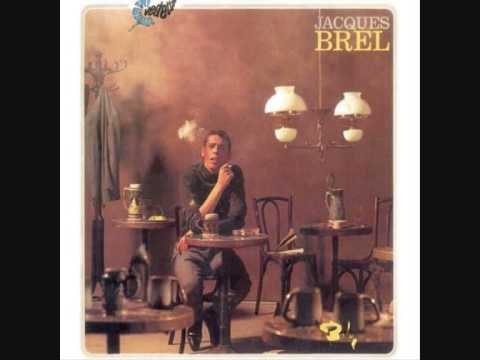