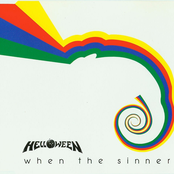 Helloween is a power/heavy/speed metal band from Germany founded in 1978 by members of Iron Fist and Powerfool, as Gentry. Helloween are known as major innovators of power metal.


The original line-up featured:
Kai Hansen (Vocals/Guitars),
Michael Weikath (Guitars),
Markus Grosskopf (Bass)
and Ingo Schwichtenberg (Drums).
In 1984 the band had signed a deal with Noise Records and recorded two songs for a Noise compilation record called Death Metal. The two tracks were "Oernst Of Life" by Weikath, and Hansen's "Metal Invaders" which later on ended up in a faster version on the band's first full-length album.

1985 came around and Helloween then recorded their first record Helloween, a self-titled EP containing 5 tracks. The EP was successful, and during that same year they recorded and released their first full-length album titled Walls of Jericho which became a critical smash, with its innovative mixture of speed and melodies. (In Fact, WWE Wrestler Chris Jericho took his stage name from the album, as well as the name of his signature submission move Walls Of Jericho). However, during the following tour, it became obvious that Kai had difficulties singing and playing the guitar at the same time. Kai's last performance as the band's lead-singer came in 1986 in form of a single EP titled Judas, which contained the song "Judas" along with some live tracks. After that Helloween began the search for a new vocalist...

The first choice was to recruit former Tyran Pace vocalist Ralf Scheepers, however the band ended up finding an 18-year-old talent from the local Hamburg band Ill Prophecy, named Michael Kiske. With their new lead singer they recorded Keeper of the Seven Keys, Part 1, released in 1987, which established Helloween as one of the most successful metal bands in Europe. In 1988 Helloween recorded Keeper of the Seven Keys Part II, their best-known album featuring the classic line-up. The band achieved even more success around the world than with "Keeper 1" and things were going extremely well.

Guitarist Kai Hansen surprisingly left the band soon after the European tour for the "Keeper 2" album due to conflicts within the band as well as troubles with the record company, and a growing dissatisfaction with life on tour. He was shortly after replaced by former Rampage guitarist Roland Grapow, who finished the rest of the "Keeper 2" tour with the band.

In 1989 the band released a live album called Live In The UK, featuring live material from their 1988 European tour, entitled Keepers Live in Japan and I Want Out Live in US. The remaining members continued on, but label problems kept them from touring and releasing new material until 1991 when, after several rumours about the band breaking up, they released Pink Bubbles Go Ape. The album was an utter failure commercially and critically, and soon tensions started to build up between the band members. The pop-influenced follow-up Chameleon, released in 1993, made the band lose most of their hardcore fans. During the Chameleon-tour, drummer Ingo Schwichtenberg fell ill due to personal- and drug-related problems, and was eventually forced to take a break from the band. Meanwhile the conflicts within the rest of the band had grown even worse, and the band decided to fire singer Michael Kiske.

Helloween returned in 1994 with former Pink Cream 69 singer Andi Deris as their new lead-singer, and Uli Kusch, formerly of Kai Hansen's new band Gamma Ray, on the drums, releasing their successful comeback Master of the Rings. However, in 1995 the band and its former members were badly shaken by the tragic suicide of original drummer Ingo Schwichtenberg, who never managed to recover from his illness. Dedicated to his memory, 1996's The Time Of The Oath re-established the band as one of the most popular European metal bands. Following another world tour, a double live album called High Live was released.

In 1998 Helloween released Better Than Raw, one of the band's heaviest albums since the full-length debut. A cover-album called Metal Jukebox was released in 1999. 2000 saw the release of The Dark Ride, a more experimental and darker album than their previous releases. Immediately after the following world tour, Helloween parted ways with guitarist Roland Grapow and drummer Uli Kusch who together formed Masterplan. Replacements were soon found in guitarist Sascha Gerstner (ex-Freedom Call, Neumond), and drummer Mark Cross (ex. Metalium and Kingdom Come, currently in Firewind) who was later to be replaced by Stefan Schwarzmann, former drummer of Running Wild and Accept. Another studio album titled Rabbit Don't Come Easy came in 2003 with a successful world tour following, including the bands first tour in the U.S. since 1989.

2005 saw yet another line-up change, following the "Rabbits on the Run" tour, as it became apparent that Helloween and Stefan Schwarzmann did not share the same musical vision. As further noted by the band, he had some trouble performing fast drum parts, so he was replaced by Dani Loble, the former drummer of German metal band Rawhead Rexx. A change in record company also followed as they inked a deal with German label SPV. Any fears that what had now become a revolving door of band members would affect the quality of their new album were laid to rest as Helloween's new studio album, titled Keeper of the Seven Keys - The Legacy, was released in October 28, 2005 in Germany, and November 8 in the U.S.A. to commercial and critical acclaim. The album had a pre-release single, Mrs. God, as well as a video for the track. The track Light the Universe was released as a single on November 22, featuring Candice Night of Blackmore's Night on guest vocals. She also appears in the video clip for that track.

In late 2006, Helloween filmed and recorded shows in Sao Paulo (Brazil), Sofia (Bulgaria) and Tokyo (Japan), for their live album Keeper Of The Seven Keys - The Legacy World Tour 2005/2006. The DVD also featured extra footage of the band as well as interviews and a road movie. This is the second Helloween live album to feature Andi Deris as frontman, and third overall. It enjoyed chart success in several countries: Germany: 9 (DVD) & 58 (CD), Sweden: 9 (DVD), France: 10 (DVD).

Helloween has since completed their latest studio album Gambling with the Devil, which was released on October 23, 2007. It has received many positive reviews, with most fans praising the album as being one of the best Deris era albums. Despite being one of Helloween's heaviest albums, it is noted for featuring more keyboards. "As Long As I Fall", the first single, was released in early September and available only via download (save for Japan, where it was released on CD). The video for the song is available at their official site.

Helloween teamed up with Kai Hansen's current band Gamma Ray for their 2007/2008 "Hellish Rock" world tour, that started in early November 2007. Helloween were headlining and Gamma Ray were labeled as the "very special guest" with most shows also having fellow German "guest" Axxis. The tour went through Europe, Asia, South America as well as a few dates in the US. The tour is notable for Kai Hansen stepping on stage with his former band fellows Weikath and Grosskopf to perform hits "I Want Out" and "Future World" in the last encore segment of Helloween.

On December 26, 2009, Helloween released the Unarmed – Best of 25th Anniversary album in Japan. The album was released on February 1, 2010 in Europe. The album is a compilation of 10 of the band's best songs, re-recorded in different musical styles than the original recordings and by the current lineup. It features a 17 minute "Keepers Medley", recorded by a 70 piece orchestra from Prague, mixing together "Halloween", "The Keeper of the Seven Keys", and "The King for 1000 years". There is a limited edition digipak, including a 30 minute "making of"-DVD with interviews and studio footage. The bands website states that the album will be released on April 13, 2010 in North America via SONY & THE END RECORDS labels.

Helloween released their thirteenth studio album, 7 Sinners, on October 31 in Europe and November 3 in the US. Before its physical release, the band made it available worldwide for streaming via its Myspace page. The name of the album alludes to the seven deadly sins which, according to Andi Deris, it goes straight to the point "after an acoustic album, we needed definitely something that shows the people without any question that this is a metal album".The band toured to promote the new album with Stratovarius and Pink Cream 69 as their guests. On April 5th 2011, via the band's website, it was announced that 7 Sinners was awarded 'Gold status' in the Czech republic.

In mid-September 2012, Helloween announced the title of their upcoming fourteenth studio album, "Straight Out of Hell", released in 18th January 2013. Read more on Last.fm. User-contributed text is available under the Creative Commons By-SA License; additional terms may apply. 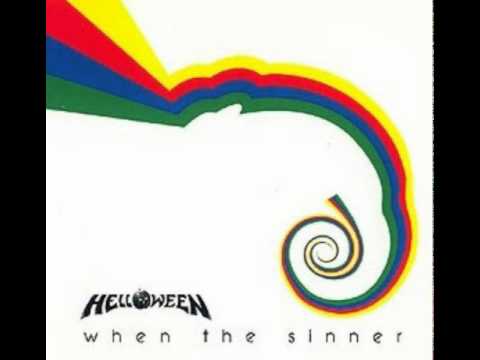