Гражданская Оборона or ГрОб and Г.О. (Grazhdanskaya Oborona or GrOb and G.O.) was one of the earliest and most famous Russian psychedelic punk bands (and the only one famous Soviet psychedelic rock / punk band). The name of the band can be translated from Russian as "Civil Defence" (abbreviated as "grob", which translates to "coffin"). There are also side projects Егор И Опизденевшие (Egor and Opizdenevshie) and Коммунизм (Communism). The band was created in Omsk, Siberia, by a young Soviet poe...

Гражданская Оборона or ГрОб and Г.О. (Grazhdanskaya Oborona or GrOb and G.O.) was one of the earliest and most famous Russian psychedelic punk bands (and the only one famous Soviet psychedelic rock / punk band). The name of the band can be translated from Russian as "Civil Defence" (abbreviated as "grob", which translates to "coffin"). There are also side projects Егор И Опизденевшие (Egor and Opizdenevshie) and Коммунизм (Communism).

The band was created in Omsk, Siberia, by a young Soviet poet and musician, Egor Letov, in December of 1984, who was inspired mostly by 60's American garage rock and Russian Futurist poetry in his vision of music, lyrics and lifestyle. It was shortly disbanded by KGB in late 1985, after one of band member's mother wrote a complaint that her son is involved in anti-Soviet organisation. Letov was sentenced to compulsory treatment in psychiatric hospital, his friend and fellow band member Konstantin Ryabinov (Kuzya UO or Kuzma) was sent to army, and other people linked with band were warned to break any relationship with Letov. After his release from mental hospital, Letov started recorded his early albums alone (until 1988, when Kuzya UO returned from army) in his home, playing all instruments. His home also was recording spot for all GrOb and his side-project albums: such a DIY-position was one of Letov's main principles. Early GrOb's music (1984-88) is lo-fi straightforward punk/post-punk with some noise rock, garage rock and reggae elements. Later, band's sound developed more in the vein of noise rock, industrial and experimental rock in 1989, and to psychedelic rock and shoegaze in 90s and 00s. GrOb were the ones to fill this vacant niche of counterculture punk bands, and now maintains a huge army of fans, admirers, and followers. It inspired hundreds of subsequent Soviet and then Russian punk bands.

Up to the collapse of the USSR, GrOb was often viewed as an anti-Soviet band. In his deeply symbolic and irrational, "stream-of-consciousness"-lyrics, Letov often spoke against militarism, dictatorship and faceless, conformistic society (although he himself claimed that all "politics" in his songs aren't about concrete regimes and governments, but are the symbols of "eternal, metaphysical totalitarianism"). That was the reason the band was censored and prohibited. Letov and his bandmates spent early years in hiding, recording songs in the kitchens and cellars of their friends' flats. Despite heavy censorship, the band played on several rock festivals (notably its premiere in Novosibirsk in July 1987, where it was considered a sensation, and after which Letov traveled country with Yanka Dyagileva by hitchhiking for half year because of KGB's persecution, which was officially stopped only in December).

Contrary to popular image of an anti-communist, Letov himself claimed to be a "true communist" and has not abolished this claim until the most recent switch in his beliefs. Being the most prominent figure of the Siberian rock, Letov has always been a source of many contradictions. At times he expressed opinions exactly opposite to his earlier sayings - thus, he, along with writer Eduard Limonov, philosopher Alexander Dugin, and composer Sergey Kuryokhin (Сергей Курёхин) appeared aligned with the nationalistic leftist movement called NBP (National Bolshevik Party, rus. НБП, Национал Большевистская Партия) despite his formerly strong opposition to despotism and nationalism. Later, though, he dissapointed in politics and left the movement, saying, that his activity in NBP was mostly sort of conceptualism, a provocation. Letov's contemporary alignment is that of a "World Christian" and "still an anarchist".

GrOb's sound mainly consists of either distorted and lo-fi electric or acoustic guitars, simple bass lines, primitive but memorable tunes, rudimentry percussion and Letov's deeply impassioned voice. During the late 80's they also started occasionally implementing harsh industrial sounds in the background of the music. In the mid-90's in the albums "Солнцеворот" and "Невыносимая Лёгкость Бытия" sound became less noisy and lo-fi but more monolithic, comprising many overlapping guitars and voices, which create shoegazy "wall of sound", long guitar and electronic organ solos, and even some art rock elements, although the basis of sound still was in post-punk and psychedelic rock.

In its last years the band was still very active with full-length albums released in 2004 (Долгая Счастливая Жизнь, "A Long and Happy Life"), 2005 (Реанимация, "Life Support") and 2007 (Зачем Снятся Сны, "What Are Dreams For").

The story of this contradictory but great and original band ended on 19th of February 2008 with Egor Letov's death in sleep at his home in Omsk.

"G.O. is not music, it's more like, you know, conceptual act in the vein of childish naive art. Four chords and maximum approximation to very childish images, something like dadaism".
- Egor Letov, band leader. Read more on Last.fm. User-contributed text is available under the Creative Commons By-SA License; additional terms may apply. 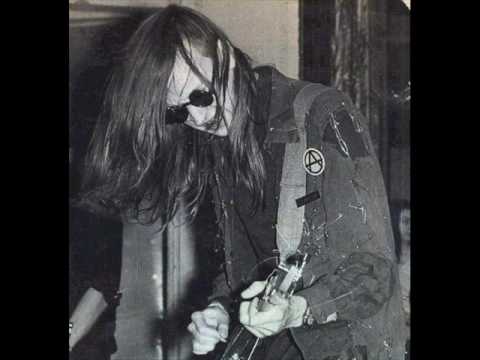 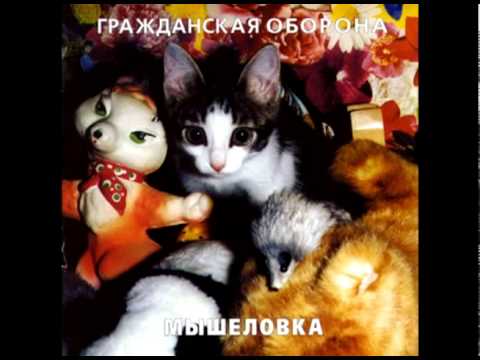 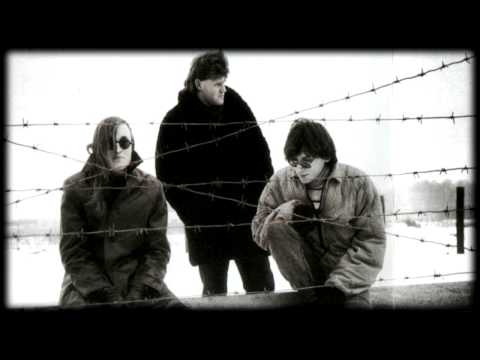 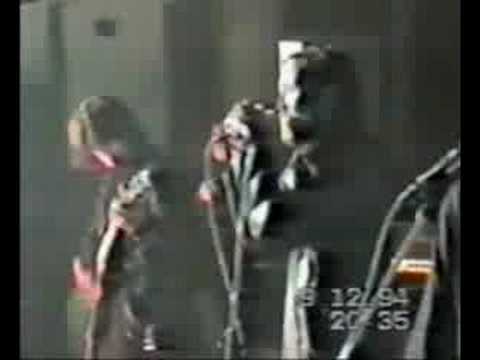 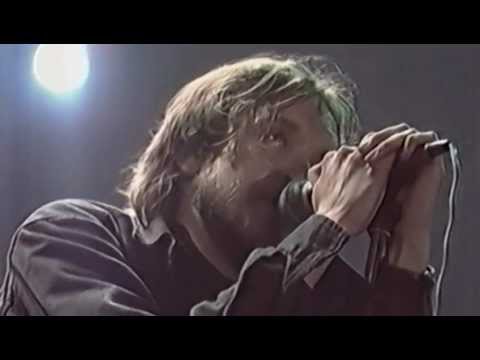 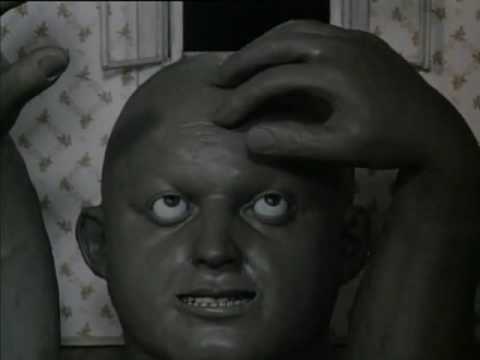 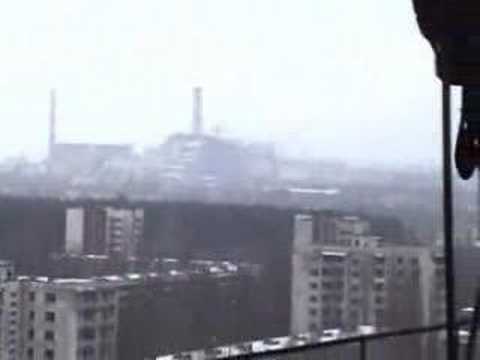 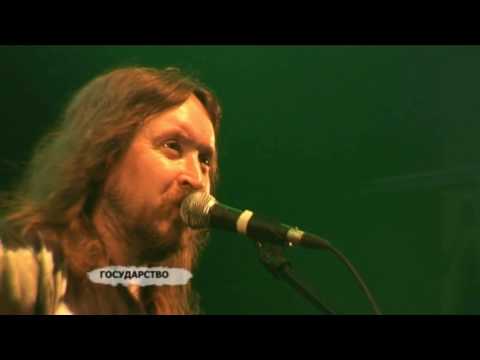 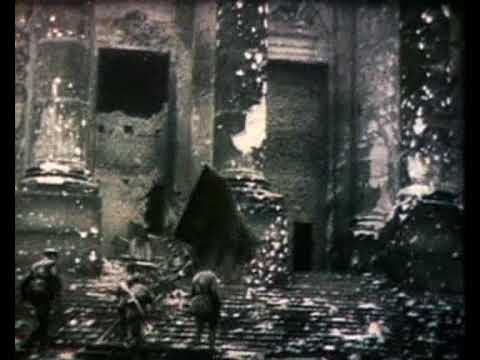 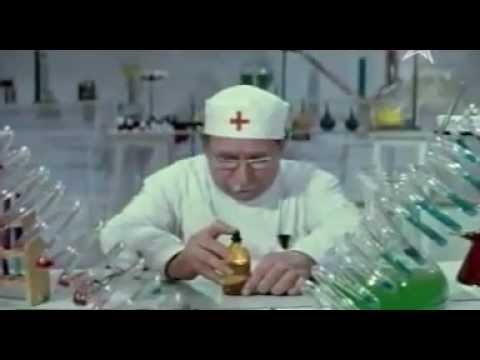 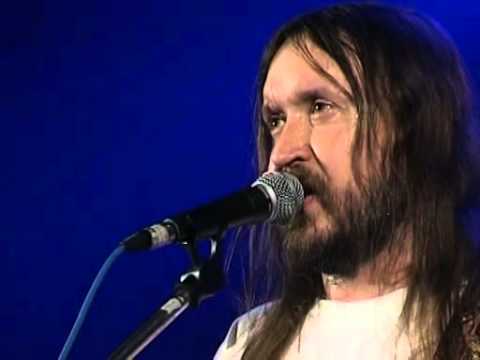 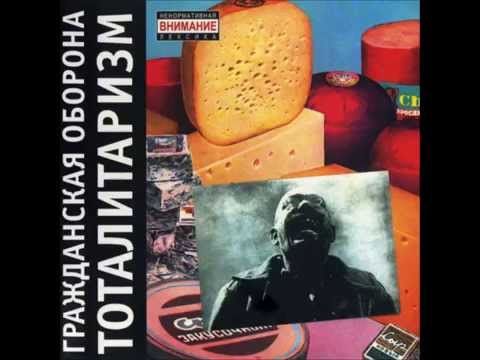 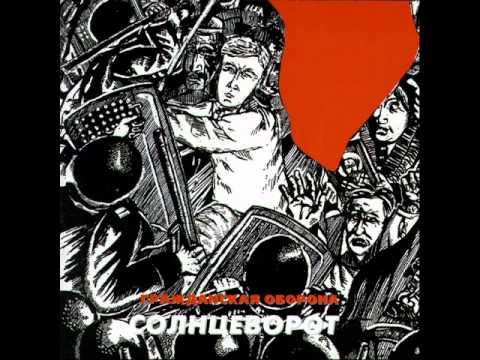 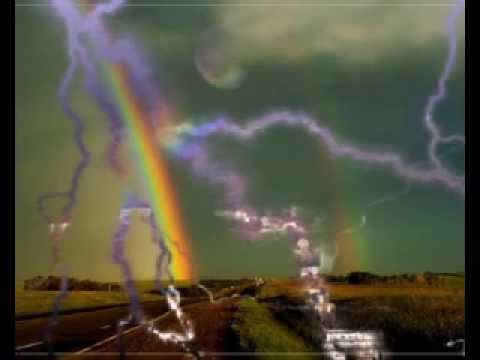 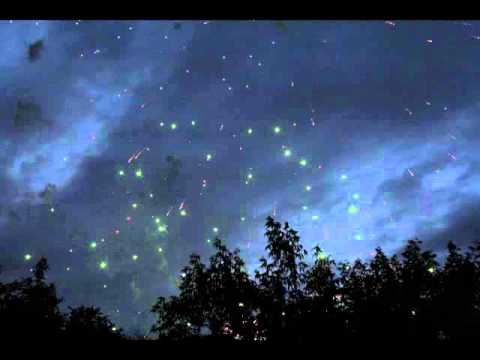 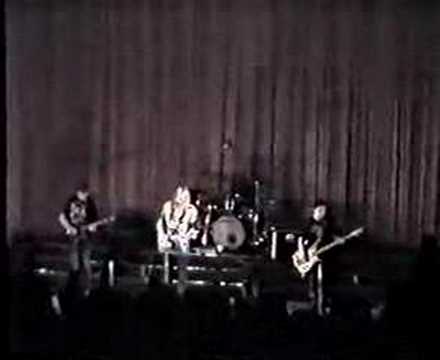 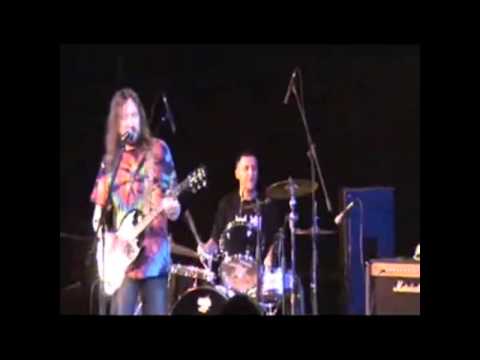 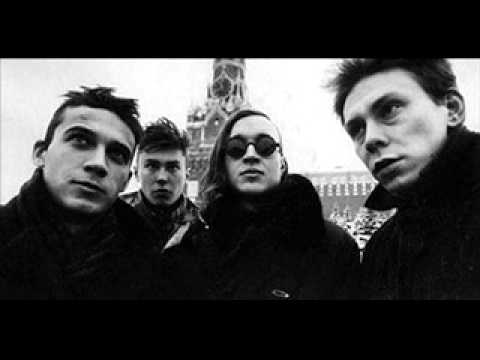 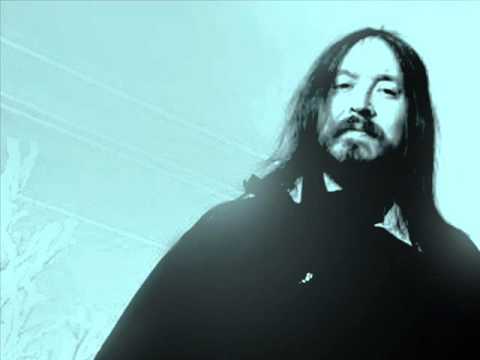 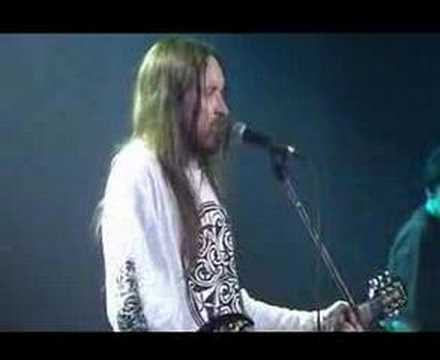 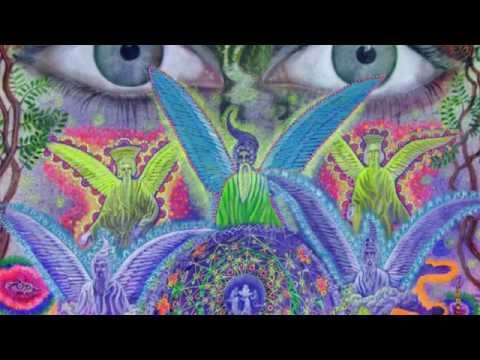 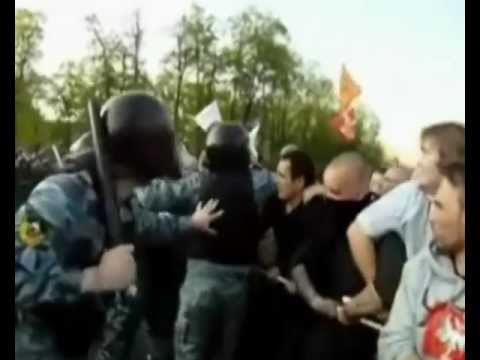 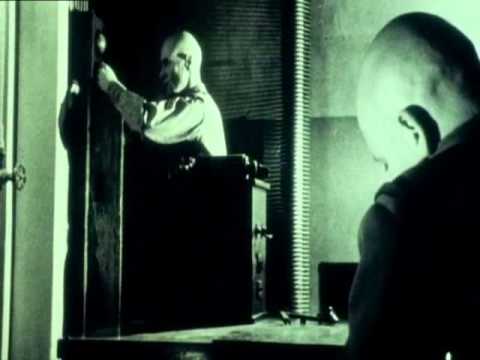 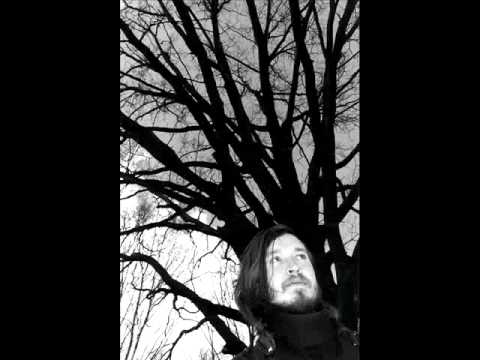 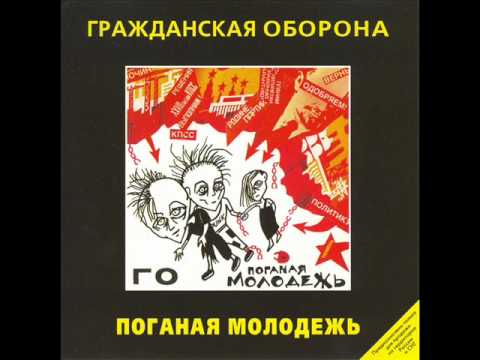 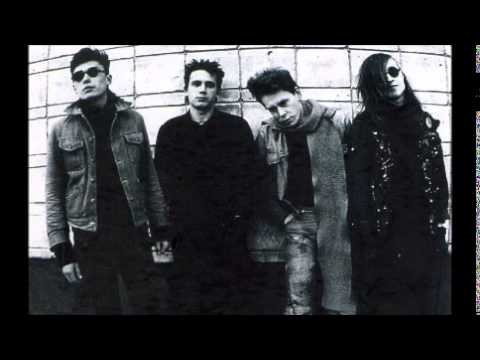 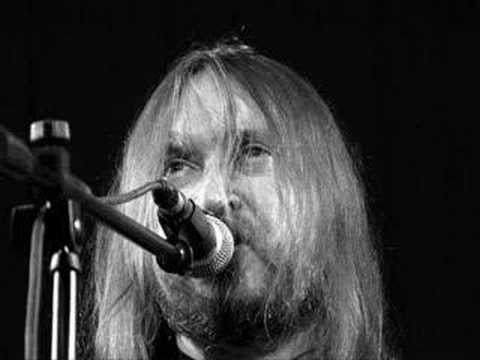