When you look back at the history of black metal scene, not only the foreign, but also the Polish one, there are not many bands that have withstood the test of time when it comes to the music they made and what they represented back then. Many groups have lost they specific sound and originality, they have simply joined mainstream. One of the acts that said a loud ?no!? to such order of things is Graveland. Graveland was brought to life in 1992 by Rob Darken (Robert Fudali). The main musical in...

When you look back at the history of black metal scene, not only the foreign, but also the Polish one, there are not many bands that have withstood the test of time when it comes to the music they made and what they represented back then. Many groups have lost they specific sound and originality, they have simply joined mainstream. One of the acts that said a loud ?no!? to such order of things is Graveland.

Graveland was brought to life in 1992 by Rob Darken (Robert Fudali). The main musical inspiration was the 80's black metal like Venom or Bathory. First two demos issued in 1992 were Necromanteion and Drunemeton. Both materials were recorded in rather mid-tempos when compared to the typical black metal style of compositions. They were full of dark depth that was typical for the old doom metal stuff. Despite that, both demos were more close to the emerging black metal scene because of the typical vocal style, guitar sound and the presence of gloomy keyboard lines. At that time Darken was responsible for all the Graveland material recorded. In 1993 all had changed not only in the band but also in the whole Polish bm scene. In that year Behemoth released their second demo ?The Return of the Northern Moon? (with intro nad outro made by Darken) and Graveland a mile stone entitled ?In the Glare of Burning Churches? together with ?Epilogue? demo issued a bit earlier. The band was joined by Capricornus (Maciej Dabrowski) who became responsible for drumming. I think there is no need to tell you how important was that demo for the whole scene. At that time it was Graveland and Behemoth who defined the Polish black metal. Their demo tapes were the essence of what black metal was back then. We had less bands than Norway or Sweden but in my opinion our (Polish) scene was more interesting and had much more to offer because of such step that was taken on ?In the Glare of Burning Churches?, a step into the majesty of night!

Year 1994 was probably the most important for the Polish black metal scene as it came up with the greatest of our releases from the genre. Graveland recorded two materials that marked its commitment to dark arts. It was a demo/EP ?The Celtic Winter? and a debut full-lenght album ?Carpathian Wolves?. They were recorded with another new member Karcharoth (Grzegorz Jurgielewicz) who took over the bass guitar responsibilities. Both releases received very good opinions and still do, but it must be mentioned that Graveland had its enthusiasts and opponents, opinions about the debut attempt and the band itself were not similar. According to me the music on both releases will still remain among the best stuff that Graveland have ever recorded. At that time the technical abilities as well as good production wasn't what mattered, music had to be honest, there was no place for compromises, there had to be passion and atmosphere in it, and all of it was there. ?The Celtic Winter? was released by No Colours Records (a label that has always supported Graveland and issues its albums up til now) as a limited cd EP (the tape version was released by a small Polish label Melissa). The debut was issued by Eternal Devils in limitation of 500 copies on cd and 1000 on tape.

At that time quite a lot of labels of more commercial character like Osmose, Nuclear Blast or Lethal Records were interested in Graveland and in 1995 it was Lethal who released the next Graveland album entitled ?Thousand Swords? (first and last on that label as the coopertion ended very quickly). The Polish edition of this album was issued by Isengard Distribution, a small label started by Darken back then. Lethal Records made 1500 copies of the album worldwide. Isengard released it on tape and next year on cd as well but with a little bit different cover. This material was the top achievement of that purely black metal period of Graveland. It consisted of more developed and better arranged music when compared to the previous releases, still being raw and atmospheric piece of black metal. On this album we can observe the appearance of clear pagan influences that left their mark on the recordings and from now on will become an integral part of Graveland music. During the photo session for the album the typical black metal make-up was put on for the last time, something was about to end. Graveland was entering a new chapter of its history. In the same year Darken started his side instrumental project called Lord Wind that mixed the influences of folk, ambient and movie scores.

After the release of ?Thousand Swords? the band started to deal with personal issues. Karcharoth started to suffer the symptoms of schizophrenia. From day to day he was changing his personal views and was accusing his friends of making threats against him. Darken and Capricornus were forced to stand against it as they had nothing to do with that and to face invalid repressions. When the situation changed a bit, in 1997, Graveland, with only Darken and Capricornus in line-up, recorded one of their best releases (if not the best) entitled ?Following the Voice of Blood?, first Graveland full-lenght issued by No Colours. It was on that album where that characteristic epic sound of the band, which is a trademark of Graveland up to this day, was born. A lot of typical black metal patters have disappeared to make a place for more folk/pagan structures.

Year 1999 brings an album that will stood out from the Graveland discography- ?Immortal Pride?. You can hear a lot of Bathory influences from such albums like Hammerheart or Twilight of the Gods. Two (!) long, expanded compositions with instrumental parts in the vein of music scores to such movies like ?Conan the Barbarian?. Graveland recorded an album that was and still is very highly valued. Was it worth its inspirations? Well, without a doubt it was!

A year later (2000) Graveland came up with an album that strengthened its sound and characteristics that will remain in the music of the band up to this day. You can't say that ?Creed of Iron? was a black metal piece, it was pure pagan metal art that Graveland represents for many years already. Expanded compositions, keyboards, choirs and lyrics supporting pagan values are all that you can find on that album that was, of course, issued by no one else but No Colours Records. Year 2000 was ground-breaking for Graveland as it established its sound and style but also changed the line-up. Capricornus left the group (he did not take part in the recording session for ?Creed of Iron?) and from now on Graveland becomes a one-man project of Darken.

Up to 2015 Graveland released 8 full-lenght albums on which Darken mastered its characteristic epic style full of folk influences, here they are: ?Memory and Destiny? 2002, ?The Fire of Awakening? 2003, ?Dawn of Iron Blades? 2004, ?Fire Chariot of Destruction? 2005, ?Will Stronger than Death? 2007, ?Spears of Heaven? 2009 and Thunderbolts of the Gods 2013 (do not counting the Polish language versions: Creed of Iron- Prawo Stali, The Fire of Awakening- Ogien Przebudzenia oraz Memory and Destiny- Pamiec i Przeznaczenie, all of them released by Warheart Records that is also responsible for the reissues of early demo materials of the group). All of them under No Colours Records. Its neccesary to mention the 2008 ?Eastern Hammer? split that was released by Hammerbolt Productions (Poland) and Stellar Winter (Russia). It includes one track from each of the bands: Graveland, North, Temnozor and Nocturnal Mortum- top pagan metal hordes from Poland, Ukraine and Russia. That split proves the brotherhood and unity of ideals above any differences.

2016 brought a long awaited split with Nokturnal Mortum. Each band prepared 3 compositions, the release was issued by Heritage Recordings under the title ?The Spirit Never Dies?. Soon we can expect a newly recorded old, classic material from the 90's that will be issued in a form of a compilation, a new studio album is also in progress. Furthermore, a new version of ?Dawn of the Iron Blades?, that was already announced some time ago, will soon be released in both Polish and English version. The first one will be released by Warheart Records, the second by Brazilian Hammer of Damnation. New issue of the album will include new keyboard and choir parts (recorded by Olya Lantseva). Drum parts were recorded by Miro from the new line-up.

Turn of 2015/2016 is also the date of first Graveland gigs ever. The band not only played locally but also performed on some biggest metal festivals in Europe like Finnish Steelfest or French Ragnard Rock Fest. More shows coming next year.

That is not the end of the Graveland story and we can still wait for next pagan and epic masterpieces to be released. All in all, the future seems to be promising and we can be assured that Darken and Graveland are stronger then ever! Slava Graveland! Read more on Last.fm. User-contributed text is available under the Creative Commons By-SA License; additional terms may apply. 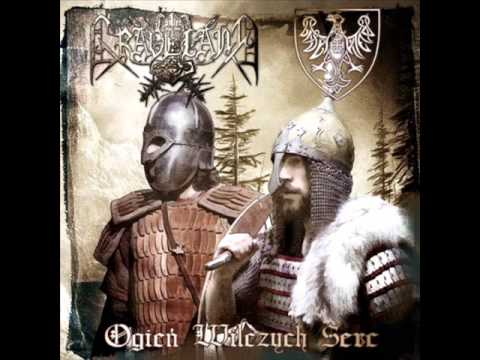 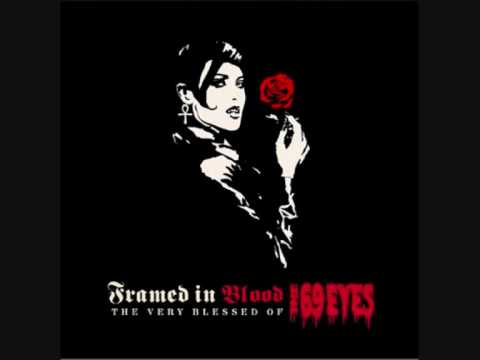 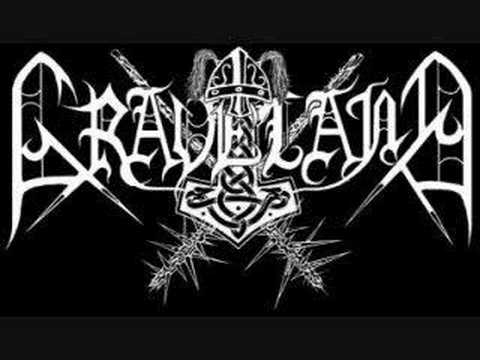 Graveland - The blood of christians on my sword