Georgie Fame & the Blue Flames were a noted British rhythm and blues/soul/jazz/ska/pop group of the 1960s. They had been the backing band for Billy Fury but, after being dismissed at the end of 1961, their pianist Georgie Fame took over as vocalist and, from 1962, they went on to enjoy great success. Personnel Georgie Fame, drummer Red Reece, bassist Tex Makins and guitarist Colin Green were rehearsing with singer Clay Nicholls in 1961 when they were hired by Larry Parnes to back Billy Fury. Gr...

Georgie Fame & the Blue Flames were a noted British rhythm and blues/soul/jazz/ska/pop group of the 1960s. They had been the backing band for Billy Fury but, after being dismissed at the end of 1961, their pianist Georgie Fame took over as vocalist and, from 1962, they went on to enjoy great success.

Personnel
Georgie Fame, drummer Red Reece, bassist Tex Makins and guitarist Colin Green were rehearsing with singer Clay Nicholls in 1961 when they were hired by Larry Parnes to back Billy Fury. Green and Fame (then Clive Powell) had first worked together in Colin Green's Beat Boys, who had accompanied Gene Vincent and Eddie Cochran when in the UK. They were dismissed in February 1962 for being "too jazzy" for Fury, to be replaced by The Tornados, and Fame took over on vocals. Green left for a while, replaced first by Joe Moretti and then John McLaughlin who held the post until April 1963, when McLaughlin joined The Graham Bond Organisation and the band was without a guitarist until Green returned in October 1964. In that time Boots Slade had taken over on bass from Makins for some time while the latter toured with Johnny Halliday.

Reece remained a constant until he became ill in 1964 after the group's second album appeared: he was followed by Tommy Frost and Roy Mills then Jimmie Nicol, who quickly left to replace Ringo Starr on The Beatles' tour. Phil Seamen and Micky Waller helped out until Bill Eyden was taken on in September 1964. Eyden and Makins remained as the group's rhythm section until the group's last line-up, when they were replaced in December 1965 by Cliff Barton and Mitch Mitchell: the group was augmented by Ghanaian percussionist Neeomi "Speedy" Acquaye, who was with the band from May 1962 until shortly before it folded on the same day that Mitchell joined The Jimi Hendrix Experience.

The Blue Flames always featured saxophones: Mick Eve joined in 1962 and left in July 1964, having been joined by Johnny Marshall and then, in 1964, Peter Coe. Coe remained, eventually joined by Glenn Hughes and then by Eddie Thornton (trumpet), who had for some time appeared occasionally with the group.

History
The group were resident at a number of London clubs such as The Whiskey-A-Go-Go in Soho's Wardour Street, home of The Flamingo Club. The club's owner, Rik Gunnell, became the group's manager. In August 1963 the band took a weekly Friday night spot at "The Scene" on Great Windmill Street and they also performed at The Roaring Twenties club near Carnaby Street, run by Jamaican DJ Count Suckle. They were often playing several sets per night on the weekend and at Klooks Kleek, The Ricky Tick in Windsor and The Scene during the week.

They were influenced by the jazz of Jon Hendricks, Mose Allison and blues musicians such as Willie Mabon and by the ska music then heard in Jamaican cafes in and around Ladbroke Grove. The group's trumpeter Eddie Thornton was Jamaican. During their three-year residency at the Flamingo American soldiers who visited the club would play the latest jazz and blues releases from America: it was "Green Onions" by Booker T. & the M.G.'s that caused Fame to change to the Hammond organ.

The group recorded its debut album Rhythm And Blues At the Flamingo in September 1963. Produced by Ian Samwell and engineered by Glyn Johns, the album was released on the EMI Columbia label. It failed to appear on the charts, and first three singles, released in 1964, 'Do The Dog', 'Do Re Mi', and 'Bend A Little', also didn't go very far. In 1964 Fame and the band appeared on five episodes of ITV's Ready Steady Go!. The October 1964 follow-up album Fame At Last reached No. 15 on the UK chart. Their version of the song "Yeh, Yeh", a tune by Mongo Santamaria with lyrics by Jon Hendricks, released on 14 January 1965, spent two weeks at No. 1 on the UK singles chart and a total of 12 weeks on the chart. Fame also appeared on television in 1965 in the "New Musical Express Poll Winners' Concert" held at the Empire Pool, Wembley on 11 April 1965, playing "Yeh, Yeh" and Rufus Thomas' "Walking The Dog".

The follow-up "In The Meantime" (February 1965) only scraped the top twenty and the next two offerings were little heard. Then "Getaway", released on 21 July 1966, did very well reaching the top of the UK chart for a week and spending 11 weeks on the chart in all. The song, originally recorded with a view to using it as an television jingle for a petrol advertisement, was later used as the theme tune for a quiz show on Australian television. The two subsequent singles, "Sunny" and "Sitting in the Park" made number 13 and 12 respectively. At this point, after 1966's album Sweet Thing was released, Fame broke up the band, signed to CBS and went on to record solo, having been advised by his management to pursue an "all-round entertainment" career, somewhat as Manfred Mann's Paul Jones was then doing.

Georgie Fame and the Blue Flames were the only act from the UK invited to perform with the first Motown Review in the UK in the mid-1960s. The 'Tamla Motown Package Show' was a 21-date UK tour featuring, amongst others, The Supremes, Stevie Wonder and Martha Reeves & the Vandellas. Cat Stevens, who had released his first hit song "I Love My Dog", opened with Fame on 26 December 1966 for three weeks in the "Fame in '67 Show" at London's Saville Theatre.

In later years Fame was billed again with the Blue Flames: in the early 2000s he led a new line-up including his son. Read more on Last.fm. User-contributed text is available under the Creative Commons By-SA License; additional terms may apply. 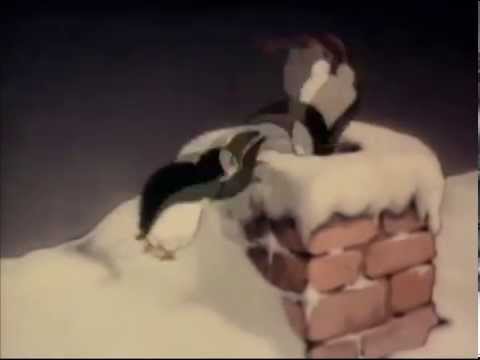 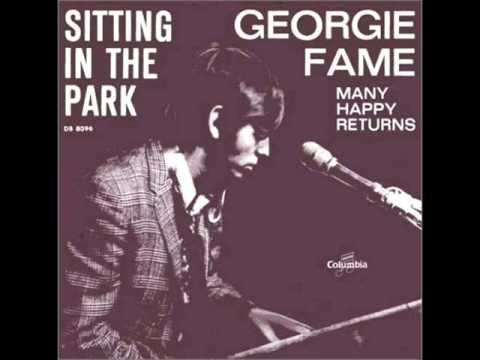 Sitting in the park 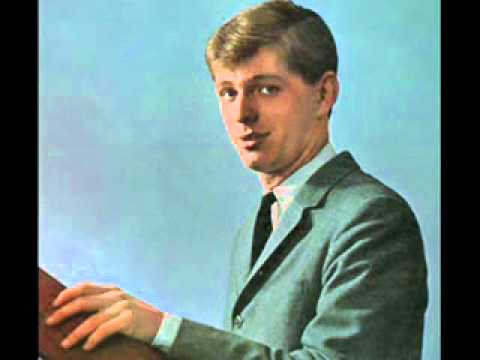 In The Meantime - Georgie Fame & The Blue Flames 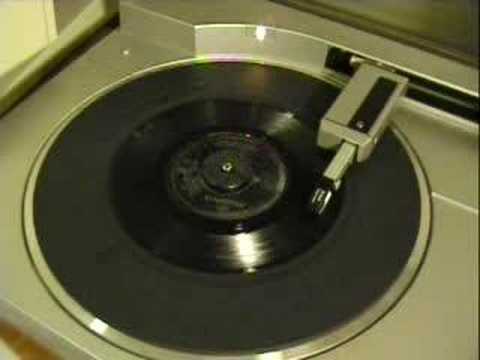