20 albums, over 3000 concerts, hundreds of gigs at European disco and rock clubs, numerous participations at world rock festivals, dozens of TV music shows and videos… These are few facts about the career of Bulgaria’s iconic rock band FSB, formed in 1975 in Sofia, which soon became a symbol of Bulgarian rock music. From the beginning, as a rock trio, Rumen Boyadzhiev (keyboards/vocals), Konstantin Cekov (keyboards/vocals) and Alexander Baharov (bass/vocals), managed to stir the preconceived no...

20 albums, over 3000 concerts, hundreds of gigs at European disco and rock clubs, numerous participations at world rock festivals, dozens of TV music shows and videos…
These are few facts about the career of Bulgaria’s iconic rock band FSB, formed in 1975 in Sofia, which soon became a symbol of Bulgarian rock music.

From the beginning, as a rock trio, Rumen Boyadzhiev (keyboards/vocals), Konstantin Cekov (keyboards/vocals) and Alexander Baharov (bass/vocals), managed to stir the preconceived notion of both the audience and the critics about the potential of progressive rock and its influence on mass audience, to justify its value for popular culture and to succeed in incorporating authentic Bulgarian folklore music into the seemingly foreign progressive rock idiom.
Way back in the day this all seemed unimaginable.

During this period three of their singles and two albums were released – Nonstop and II.
In 1979 the trio became a quintet. Ivan Lechev (guitar) and Petar Slavov (drums) first appeared on the album The Globe. Together with the new members, the studio formation FSB became the most attractive and influential concert band in Bulgaria. The uncompromising sound, perfect instrument selection, the light and laser show, and the incontestable hits still put the band as No 1 nowadays.

In 1983 Ivailo Kraichovski joined FSB as a bass player. With him the band had their first major concert at Academic Stadium in Sofia and made history by becoming the first Bulgarian rock band with a stadium gig in front of a fascinated 15 000 audience. The concert was filmed and was subsequently included in the Bulgarian National Television’s Golden Archive.


The band’s next albums were VI and the much sought-after double live album In Concert, recorded in the sold-out Universiada Hall and released in 1985. Two other albums followed: I Love You Up To Here (1987) and Kissing You Good Night, released in Austria and Germany by Bellaphon.

FSB also found themselves constantly in demand as session players and were frequently called in to arrange and record numerous Bulgarian pop singers’ albums. Their work inevitably changed the aspect of the Bulgarian pop scene; it established high production criteria and set up new esthetic standards commensurable with the modern trends in pop music culture. The band was engaged on a regular basis in the realization of international projects in Austrian and German recording studios.

In 1987 FSB stumbled upon the great Jose Feliciano in the Viennese studio of renowned Austrian producer, composer and arranger Christian Kolonovitz. As a result, the band was invited to work with him in the US. FSB did the recording sessions and Rumen Boyadzhiev and Konstantin Cekov arranged and produced Feliciano’s album I’m Never Gonna Change at Front Page Recorders in California. The album was released in 1989 by EMI. FSB are the only Bulgarian band to receive the highest acknowledgement in music show business – the 1990 Grammy Award for arranging and producing the world-famous Latin hit Ciellito Lindo.

In 1987 and 1989 two landmarks FSB albums hit the market – the maxi-single Be Above It / Nothing Else To Do, with both compositions considered as way ahead of their time, and the eponymous CD FSB - the first ever pop & rock CD release in the Balkanton Records catalogue.

In 1991 FSB finally settled into a studio of their own – the most modern one in Sofia, with state-of-the-art equipment. It handled a broad range of tasks –from recording film and theater cores, jingles, band and solo projects; to post-production and mastering of well-established pop, rock and jazz artists. There they also produced the albums of many rising bands and singers.

In 1993 the musicians briefly left their studio to experiment with new ways of recording. The first few compositions recorded at National Television’s Ton Studio 2 with sound engineers Boby Borisov and Todor Lechev , became known as The Unfinished Album (The Last Man, Wolfish Times, Nothing Left To Do).

FSB is not merely a rock band. It is a “music vehicle” powered by the compositional talent of Rumen Boyadzhiev and Kostantin Cekov. Both of them in control of the creative process, they set out guidelines for the band’s progress with unwavering faith in their mission as artists. FSB is a community of musical interests, tastes and abilities with each member meticulously doing his designated part. Behind the spotlight’s glare there lies serious professional experience and knowledge, a most thorough treatment of the poetic text, a seamless integration with the contemporary examples of art rock.

From the outset, and over the years, FSB have put their trust in Mihail Belchev and Daniela Kuzmanova to write the lyrics to their songs and to rightly translate their musical message through words to the audience.

Their albums ranked among the most original examples of European rock culture.

Their specific sound palette is supplemented with the masterful implementation of Bulgarian folk instruments – gaida, kaval, samples of authentic folk singers’ voices and the use of instruments, untypical of the genre, like marimba, xylophone and the electric violin. Their compositions demonstrated a perfect synergy between tradition and innovation, a creative task well achieved.

In 2006 Roumen Boyadzhiev approached the Bulgarian National Television with a proposal for a special FSB concert set, as part of the traditional New Year's Eve Concert at Alexander Batenberg Square.

The occasion was the accession of Bulgaria to the EU and the motto of the concert was With FSB`s music - forward to Europe. The project was accepted and brilliantly presented. FSB created specially for the occasion elaborate live versions of many of their well-known pieces and several unfamiliar ones; recruited several young musicians, the folk choir The Great Voices of Bulgaria and six outstanding masters of the bagpipe. Once again the band affirmed their eternal desire for continuity and innovation - an FSB approach, which proved emblematic.

35 years after the formation of FSB, Rumen Boyadjiev, Konstantin Tsekov and Ivan Lechev, once again as a trio, are back their brand new album FSB.
15 new compositions, a quintessential blend of wisdom, talent and love of music that has always been FSB’s genuine trademark. 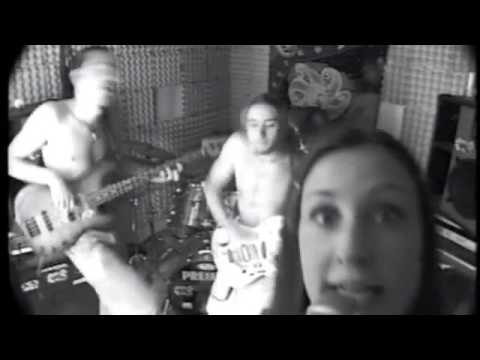