From April 1994 to January 1997, Fourth Grade Nothing were the best punk band on the Austin gig circuit. Originaly comprising of Francis Garcia on vocals and guitar, Jeremy Nugent on Bass and Vocals and Scott Williams on Drums FGN jammed together for a few months with no real direction. After Francis' friend Keith Palumbo,from former band Yuck!, left his current band, Scott left and was replaced by Keith. FGN gigged together until someone got hold of their Demo material and promised to make them...

From April 1994 to January 1997, Fourth Grade Nothing were the best punk band on the Austin gig circuit. Originaly comprising of Francis Garcia on vocals and guitar, Jeremy Nugent on Bass and Vocals and Scott Williams on Drums FGN jammed together for a few months with no real direction. After Francis' friend Keith Palumbo,from former band Yuck!, left his current band, Scott left and was replaced by Keith. FGN gigged together until someone got hold of their Demo material and promised to make them stars. What follows is an e-mail I got from Rob Hodges, owner of Abridged, the label FGN released their final record with.

"They were poised to be huge, and I think it's quite a shame that it didn't work out because, in my opinion, they were the best at that style of music. In a nutshell, what happened was that they got screwed by the producer who "discovered" them. It was literally like a Cinderella story at first. They were just this small band from Austin that played shows a lot there & around the state. They had a small-but-very-loyal following, largely consisting of friends. They put out a 4-song demo tape, recorded on a 4-track. Then, a friend of theirs that worked at one of Austin's major studios had to pick up a big-time record producer from the airport. They were talking about the local scene, and he played the guy the 4GN demo. The guy loved it & called them the next week to meet for lunch. Within 6 weeks they were flown out to L.A. to live for 6 weeks and record at a major label studio. All expenses paid. A full-length album was recorded, which included the songs that appeared on Biodome.

They were under contract with this record producer. His plan was to shop around the album & get them signed to a major label. That never happened, though he did get them on Biodome. As part of the contract, they weren't allowed to record with anyone else, release anything else, etc. without his permission. So they basically sat around for a year waiting for something to happen. Plus, they were very unhappy with the way he mixed the record, but he refused to change it. Finally, a year expired and there was a clause that let them get out of the contract if he hadn't found a label within a year. So they got out, but could not release their album through an independent label (they had plenty of offers to do so) because he owned the rights to it. During that stagnant time, they grew very frustrated and disillusioned by the music scene. It took it's toll on the band, and they were already heading toward the end by then."

Scott Williams, former drummer also had this this to say about the band.

"I moved to Austin in 1994 looking to start or join a punk band. I found a flyer at Waterloo for a punk band with lots of the same influences as mine looking for a drummer. I called the number and met Francis. After speaking to him, I realized that I knew him from his previous band, YUCK!, who were from Houston. He had recently moved to town also and had started playing with another friend of mine, Jeremy who I also knew from his former band MACHO MUCHACHOS and who was also from my hometown of Lake Jackson,TX. We were very anxious to rock but we didn't have a place to practice so we rented this rehersal space on S. Congress and began jamming. Francis already had some riffs and I remember thinking how amazing they were even at that early stage. I think i still have a jambox recording on cassette somewhere! I remember when Francis came in to practice one day and said he'd come up with the name,"FOURTH GRADE NOTHING, you know, like the Judy Bloom book we read in grade school?" I remember thinking it was kinda lame, but I never cared about names too much! We rehearsed together for about a month and everything was cool until Francis' former drummer from YUCK! and good friend Keith quit his band GOMEZ. Then they stopped calling me to come practice. I understood, though, and there weren't any hard feelings. In fact, my band SPILL had already moved up to Austin and we played some of our best shows with FOURTH GRADE. Our mutual friend, Andrew, from DYNAMITE BOY put together a compilation in the summer of '95 featuring songs from FGN, SPILL, DYNAMITE BOY, CARBOMB, DIRECTION, etc... entitled ROLLO RECORDS BROKE AS HELL COMP. Only about 500 of those were made so hold onto that one if you got it! FOURTH GRADE quickly became a local favorite and it wasn't long until the labels came sniffing around. FOURTH GRADE was offered a deal, which they took ,from an L.A. based major sub label. They went out to Cali for a month where they recorded what should have been a huge pop-punk record. Instead, the label balked. The recordings were canned and FOURTH GRADE was dropped. It was a very bad deal that, I'm sure, contributed to their break-up long before their time. I haven't seen any of the guys in a long time and I've heard that Jeremy moved to California, but I don't really know for sure. Hope this help you in some way! Let me know if you have any other questions. It's really cool that they are not forgotten after all this time! I know I'll never forget them."

Scott also had this to say about the band in general.

"Fourth Grade Nothing was one of the most amazing pop-punk bands around in'95. Their live shows were tight and powerful and they rocked like no other. I saw them several times at community center shows, warehouse shows, and once at a pizza shop on 28th. Keith is one of the hardest hitting drummers I've ever seen! Unfortunately, they were screwed over by some dirt bag record label and got all their music stolen from them when the label refused to release their record. Then they broke up. Sad story...I really miss that band."

It's worth pointing out that Francis insists their music wasn't 'stolen' from them, as he says in the interview, thousands of dollars was poured into the 4GN recording sessions, who ever owns the rights right now payed for them fair and square. They just lose a chance to promote one of the best pop punk bands to come together. Read more on Last.fm. User-contributed text is available under the Creative Commons By-SA License; additional terms may apply. 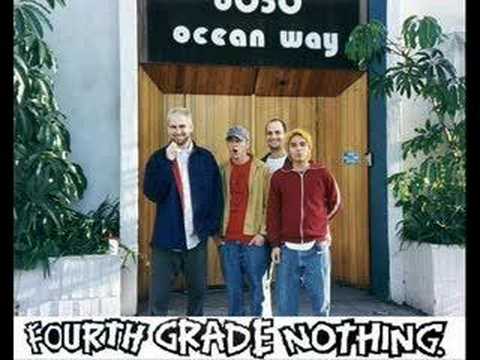 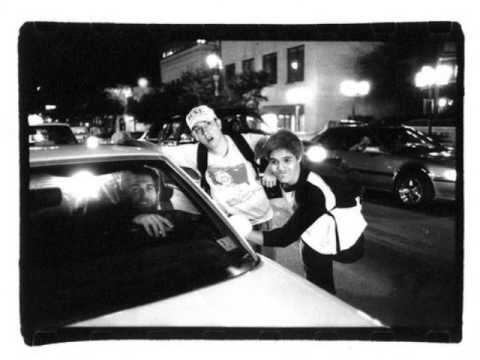