There are two artists of this name on Last.fm, a British pop band and an American rock band: 1. First Class is a Chicago-based punk rock band, and the four-piece released their debut album, 'Somewhere in the Grey', in 2004. 2. The First Class was the studio sunshine pop creation of the British singer-songwriter John Carter and singers Tony Burrows and Chas Mills as an outlet for material Carter wrote with his creative partner and wife, Gillian "Jill" Shakespeare. Carter was a veteran of early...

There are two artists of this name on Last.fm, a British pop band and an American rock band:

1. First Class is a Chicago-based punk rock band, and the four-piece released their debut album, 'Somewhere in the Grey', in 2004.

2. The First Class was the studio sunshine pop creation of the British singer-songwriter John Carter and singers Tony Burrows and Chas Mills as an outlet for material Carter wrote with his creative partner and wife, Gillian "Jill" Shakespeare. Carter was a veteran of early 60s beat music, most notably Carter-Lewis and the Southerners, a band Carter formed with fellow producer Ken Lewis. That band dissolved when Carter and Lewis began working extensively as studio singers, appearing on the hits "It's Not Unusual" (Tom Jones), "I Can't Explain" (The Who), "Hi Ho Silver Lining" (Jeff Beck), "(There's) Always Something There to Remind Me" (Sandie Shaw), "Excerpt From A Teenage Opera" (Keith West) and "Out of Time" (Chris Farlowe). Lewis and Carter formed a vocal harmony band, The Ivy League, that enjoyed three top twenty hits in Britain in 1965: "Tossing and Turning", "That's Why I'm Crying", and "Funny How Love Can Be".

Carter left The Ivy League in 1966 to focus on his increasingly lucrative career as a songwriter, jingle writer and session singer. Fellow studio singer Tony Burrows (from The Kestrels) was brought in to replace Carter. Carter and Burrows soon worked together in a studio-only group called The Flower Pot Men, who scored a 1967 British hit "Let's Go To San Francisco". Over the next few years, Burrows worked extensively as a frontman for a succession of other studio-only groups. In 1970, Burrows sold eight million records under four different group names: Edison Lighthouse ("Love Grows (Where My Rosemary Goes)"), White Plains ("My Baby Loves Lovin'"), the Brotherhood of Man ("United We Stand") and the Pipkins ("Gimme Dat Ding"). During one memorable episode of the BBC TV show Top of the Pops, Burrows appeared with three of those groups, an event that killed his chance at a solo career but put him into the record books.

Carter and Shakespeare wrote the song "Beach Baby" in the summer of 1974 in their home in East Sheen, South West London, far from California or, for that matter, any beach. Carter immediately enlisted the help of lead singer Tony Burrows and another session singer, Chas Mills, to record the song for Jonathan King's UK Records record label under the name The First Class. The dense, complex production, layered vocals and wistful lyric evoked the 1960s west-coast production style of lead Beach Boy Brian Wilson. In 1974, at a moment when nostalgia for the 1960s was fashionable, the song became a hit in the UK (where it peaked at #13), [1]and in the U.S., where it peaked at #4. Ironically, even as the song crept up the charts and the Beach Boys themselves were experiencing a resurgence of popularity with the release of their Endless Summer compilation, Brian Wilson was at his deepest personal nadir due to issues with substance abuse and mental illness.

The group recorded a follow-up single, "Bobby Dazzler" and material for their eponymously title first album, The First Class. While there was some demand for live performances by the group, neither Carter or Burrows had the time for or interest in touring. So, a group including bassist Robin Shaw, lead singer Del John, guitarist Spencer James (now lead singer with The Searchers), keyboardist Clive Barrett and drummer Eddie Richards was assembled to perform a number of dates as The First Class. However, although that quintet is pictured and credited along with Carter, Burrows and Mills on the cover of the band's first album, none of the "live" quintet actually performed on "Beach Baby" or any of the album's other tracks.

"Bobby Dazzler" and later singles, "Dreams Are Ten a Penny", "Won't Somebody Help Me" and "Funny How Love Can Be" (a remake of Carter's 1965 Ivy League hit) failed to chart. After releasing an unsuccessful second album, SST in 1976 (with a drawing of the then-new Concorde supersonic transport airliner featured on the cover), Carter, Burrows and Mills saw no need to continue under the First Class moniker and the "group" effectively ceased to exist. However, "Beach Baby" continues to receive regular airplay on oldies radio, relegating The First Class to the status of one-hit wonder.

Chas Mills subsequently retired from the music industry to run a restaurant in North London. Tony Burrows continued his session career although he never again had a hit single, leaving him a multiple "one-hit-wonder" and one of the most widely-heard unknown singers of his generation. John Carter remained active writing jingles and managing his back catalog. Carter later reflected on The First Class, "Making the First Class albums was a very happy and creative time. Who knows if we ever come up with another suitable song, maybe we will all get back together one day and record under that name again?" 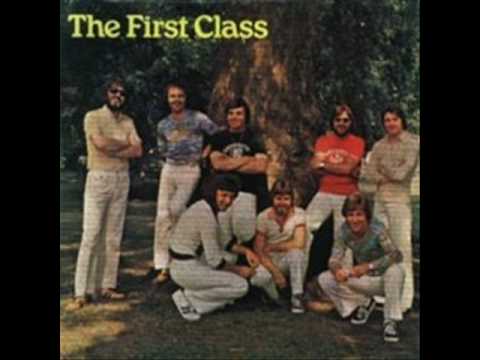 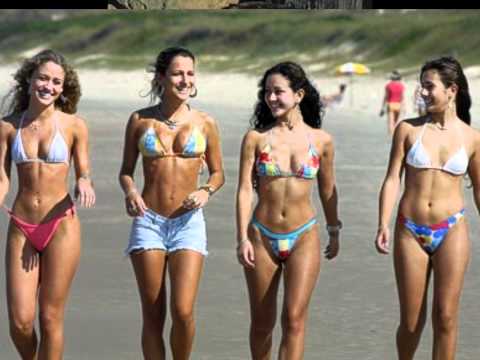