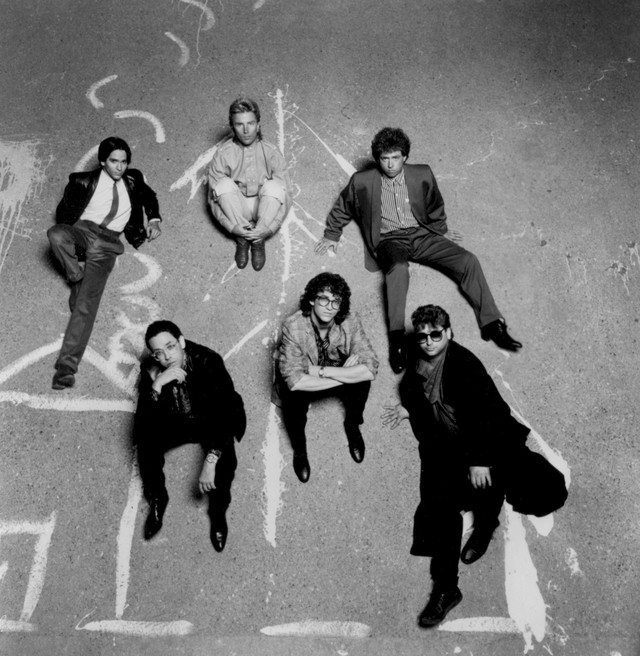 Fergie Frederiksen was born Dennis Hardy Frederiksen May 15 th. 1951 in Grand Rapids, Michigan, USA. His familiy emigrated from Denmark to the states more than 100 years ago. Even though Fergie is most known for being a former vocalist in TOTO, he has done a lot of other stuff too. Trillion, LeRoux, Frederiksen/Philips, Mecca and David London (solo album, under pseudonym) are some to mention. In 1999 he released his solo album Equilibrium to great reviews. Fergie with his high pitching voi...

Fergie Frederiksen was born Dennis Hardy Frederiksen May 15 th. 1951 in Grand Rapids, Michigan, USA. His familiy emigrated from Denmark to the states more than 100 years ago. Even though Fergie is most known for being a former vocalist in TOTO, he has done a lot of other stuff too. Trillion, LeRoux, Frederiksen/Philips, Mecca and David London (solo album, under pseudonym) are some to mention. In 1999 he released his solo album Equilibrium to great reviews.

Fergie with his high pitching voice made his debut as a singer at an early age. Fergie started his musical career at the age of 13, and he played clubs and pubs at the age of 15 with musicians three times his own age! Fergie remembers those days as a great time of his life, and he tells us that he really learned a lot from his older playmates. Fergie realised by coinsidence that he could sing, and he therefore decided that he would try to make a living out of it…

Frederiksen moved to Chicago in 1975 and replaced Tommy Shaw in the band MS Funk. Tommy and Fergie had been friends and Shaw suggested Fergie as his replacement when he moved on to join Styx. Shortly after Fergie met Patrick Leonard and together they formed Trillion who was shortly picked up by Epic Records. After one record Fergie left the band and joined LeRoux, which he released an album with in 1983 (So fired up). In the meantime Fergie decided to move out to Los Angeles in 1980 and started to get involved in a lot of session work, through this he met bassplayer and producer Ricky Phillips. They build up a close friendship and they are still the best of friends. LeRoux totally cracked up as a band, and after this Fergie started a band with Phillips, drummer Pat Torpey, guitarist Tim Pierce, guitarist Scott Sheets and keboardplayer John Purdell. The band was called Abandon Shame.

Thats when Ricky Phillips gave a video to his friend Jeff Porcaro.
”And the next thing I know was that I was asked to join Toto who were looking for a new singer after the demise of Bobby Kimball” says Fergie and continues, ”Ricky and the other guys in Abandon Shame was very understanding as it was a huge chance to join Toto”. Fergie recorded ”Isolation” with Toto, ”It was a adventurous album” Fergie recalls, ” It was a band who took a chance of doing a album not in any way as commercial as their previous album, it was a album heavier and more progressive. But still to this day a great album.” Due to various reasons Fergie left Toto only after one album. Today Fergie feels nothing bad about his former playmates in TOTO, life is good for him anyway, so why should he? Fergie have made friends with his former bandmates again, and he joined them on stage to sing a few songs in the US in early May 2007.

Fergie decided to put away the microphone for awhile. ” I was basically burnt out , not so much as for the music but more as for how the whole industry works and all this hassle and bullshit you have to deal with apart from doing good music”. After some years in the restaurant business, Fergie felt the passion for music again, and he recorded an album with his all time buddy Ricky Phillips (Frederiksen / Phillips), released in 1994. After this Fergie felt that he wanted to live for and by the music again, and he released his brilliant solo album ”Equilibrium” in 1999. Fergie is also a member of the ”The World Classic Rockers”, a band that plays a lot of hits from different musicians from former great bands, names to mention: Nick St. Nicholas (Steppenwolf), Michael Monarch (Steppenwolf), Alex Ligertwood (Santana), Randall Hall (Lynyrd Skynyrd), Aynsley Dunbar (Journey) and bandmembers Dave Coyle (guitar and vocals) and Steve Stewart (keyboard and vocals), and of course Fergie himself.

Fergie was also in the exciting band Mecca that recieved raving reviews worldwide for their first album released in 2002 entitled Mecca. He was a part of the band with his good friend Joe Vana, and David Hungate, the former bassplayer of Toto, to name a few. What will happen with Mecca is unsure, but Fergie will not continue his work with them.

Fergie is also working more and more with his great friend Tommy Denander, and an interesting project between the two of them was released in June 2007. Frederiksen-Denander with title name “Baptism By Fire” have recieved great reviews, order it online now! Fergie have been a part of all 3 Radioactive album that Tommy Denander have released, and they enjoyed it so much that it ended up with a complete album.

Fergie is involved in bringing awareness of Hepatitis C, a disease he has been struggling with himself. Hepatitis C virus (HCV) is the most common chronic blood-borne infection in the United States. Fergie have arranged benefit shows for the American Liver Foundation, with the cause of fighting Hep C. He went thru a succesful treatment in 2005, which he is fighting for other patients to recieve too.

Well, the future is once again bright and shiny for Fergie, so keep coming back to this site for all the action!
Read more on Last.fm. User-contributed text is available under the Creative Commons By-SA License; additional terms may apply. 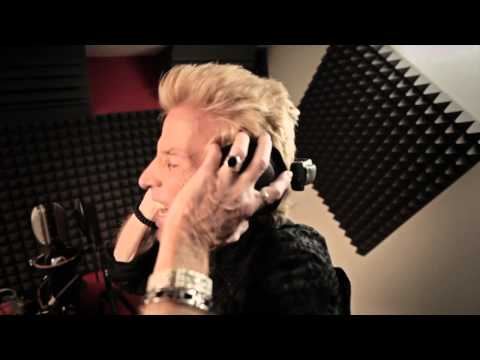