There are several performers named Esoteric: 1) A funeral doom metal band from United Kingdom. 2) A disbanded Mexican death metal band which released a demo in 1995. 3) Emcee of the Boston hip-hop act 7L & Esoteric, MC Esoteric. 4) Dutch acid techno artist Curley's alias. 1) Esoteric is a funeral doom metal band from Birmingham, UK. Formed in July 1992, after the gathering of five individuals, inspired to create dark, innovative music that was evocative to and expressive of the contents of thei...

1) Esoteric is a funeral doom metal band from Birmingham, UK. Formed in July 1992, after the gathering of five individuals, inspired to create dark, innovative music that was evocative to and expressive of the contents of their psyche. The lyrics and music are reflections and transpositions of their thoughts, philosophies, emotions and experiences. The music captures the essence of the word esoteric.

1993 saw the release of "Esoteric Emotions - The Death of Ignorance" - a demo tape containing 82 minutes of hateful - drug influenced tortured doom with a total of 8 tracks. Almost immediately, this brought about an offer from Aesthetic Death to record a full length CD of new material.

In June 1994, Esoteric entered Rich Bitch studios in Birmingham to record 6 tracks (lasting almost 90 minutes). This recording was released as a double CD, titled "Epistemological Despondency". Soon after the recording of this album, Stuart (guitar) and Darren (drums) parted company with the band leaving Greg (vocals), Bryan (bass), Simon and Gordon (guitars). In September of that year, Steve joined Esoteric to complete the guitar section. However, a suitable drummer was yet to be found.

October 1997 saw the departure of Simon Philips. Greg (vocals) took the place of Simon on guitar in order to keep the instrumentation the same.

In 1999, "Metamorphogenesis", was unleashed. This release, containing only three tracks, is often described as a Mini-CD in comparison with the first two albums, yet it has a total playing time of nearly 45 minutes. "Metamorphogenesis" shows Esoteric to be more extreme and diverse than ever. Still surviving without a permanent drummer, session drums were recorded courtesy of Keith York.

In May 2002, just one week before Esoteric were due to start recording their fourth album, Bryan (Bass) left the band leaving the three remaining members (Greg, Steve and Gordon) to record the album. This was done at intervals over a period of time spanning across the rest of the year and into 2003, giving the band time to fine-tune the recording and production and also giving time to allow the session musicians (Keith York - Drums and Trevor Lines - Bass) to learn and record their parts. ESOTERIC signed a deal with Season of Mist (Fra) and the album titled "Subconscious Dissolution into the Continuum" was released on June 28th 2004. It contains four songs and lasts 51 minutes. This release sees the band as uncompromising as ever, with a more refined yet totally bombastic production.

The addition of three musicians (keyboards, bass and drums) during the summer of 2003 enabled Esoteric to play live once more. The two successful European tours in 2004 and 2005 took Esoteric to the Czech Republic, Hungary, Belgium, Holland, Switzerland, UK, Finland and Norway with bands such asWhile Heaven Wept, Skepticism, Reverend Bizarre, Indesinence, Officium Triste, Mourning Beloveth, Thee Plague Of Gentlemen, Pantheist and many others. The addition of the keyboard player allows the band to orchestrate the material better in the live environment, where the use of an extra instrument has become necessary to emulate the complexity of the studio recordings. Mark Bodossian (Bass) and Olivier Goyet (Keyboards) stay with the band to this day but Andy Semmens (drums) parted company in September 2005 following the gigs in Europe.

In February 2007, Joe Fletcher joined on drums to complete the line-up. Steve Peters departed the band in August 2007, and was replaced by Kris Clayton.

Shows during 2007 have so far included the UK, France, Germany and Holland, with bands such as Forgotten Tomb, Anaal Nathrakh, Malasangra, Indesinence and many others.

Esoteric's 5th album, entitled "The Maniacal Vale", has been released on Season of Mist records in June 2008.

2) Esoteric was a Mexican death metal formed in 1993, born from the ashes of the bands Infected and Corrupter.
They released a demo in 1995 titled "Life Is Death". Read more on Last.fm. User-contributed text is available under the Creative Commons By-SA License; additional terms may apply. 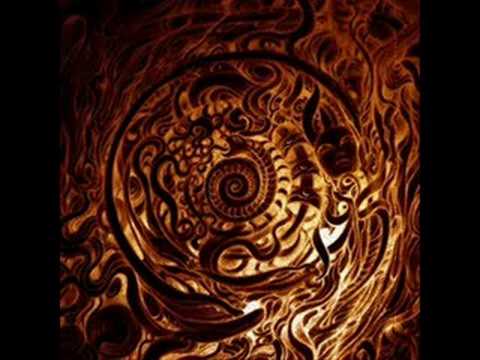