Ernestine Anderson (November 11, 1928 – March 10, 2016) was an American jazz and blues singer. In a career spanning more than six decades, she recorded over 30 albums. She was nominated four times for a Grammy Award. She sang at Carnegie Hall, the Kennedy Center, the Monterey Jazz Festival (six times over a 33-year span), as well as at jazz festivals all over the world. In the early 1990s she joined Qwest Records, the label of fellow Garfield High School grad Quincy Jones. Ernestine Anderson (a...

Ernestine Anderson (November 11, 1928 – March 10, 2016) was an American jazz and blues singer. In a career spanning more than six decades, she recorded over 30 albums. She was nominated four times for a Grammy Award. She sang at Carnegie Hall, the Kennedy Center, the Monterey Jazz Festival (six times over a 33-year span), as well as at jazz festivals all over the world. In the early 1990s she joined Qwest Records, the label of fellow Garfield High School grad Quincy Jones.

Ernestine Anderson (and her twin sister Josephine) were born, in Houston, Texas. By the age of 3, Anderson showed a knack for singing along with her parent’s old blues 78 rpm records by the likes of Bessie “The Empress of the Blues” Smith. Anderson started singing at a local church, singing solos in its gospel choir.

Anderson tells of her early life in the book, The Jazz Scene (1998):
"My parents used to play blues records all the time," Ernestine Anderson told me. "John Lee Hooker, Muddy Waters, all the blues greats. In Houston, where I grew up, you turned on the radio and what you got was country and western and gospel. I don't even remember what my first experience with music was. I sort of grew into it. My father sang in a gospel quartet and I used to follow him around, and both my grandparents sang in the Baptist church choir. And they had big bands coming through Houston like Jimmie Lunceford, Billy Eckstine, Erskine Hawkins, and Count Basie." Ernestine's godmother entered her in a local talent contest when she was twelve years old. "I only knew two songs," she admitted, "'On the Sunny Side of the Street' and 'So Long'. The piano player asked me what key did I do these songs in and I just said 'C' for some reason and it was the wrong key. In order to save face I sang around the melody, improvised among the melody, and when I finished one of the musicians told me I was a jazz singer."

Her family moved to Seattle, Washington in 1944, when she was sixteen. Anderson graduated from Garfield High School. When she was eighteen, she left Seattle, to tour for a year with the Johnny Otis band. In 1952, she went on tour with Lionel Hampton's orchestra. After a year with the legendary band, she settled in New York, determined to make her way as a singer. Her appearance on Gigi Gryce's 1955 album Nica's Tempo (Savoy) led to a partnership with trumpeter Rolf Ericson for a three-month Scandinavian tour. Ernestine's first album in the United States was made after her debut album, recorded in Sweden and released here by Mercury Records under the title Hot Cargo (1958) the dean of America jazz critics, Ralph J. Gleason, began airing it on his hit-making radio show. In addition his nationally distributed San Francisco Chronicle jazz column, saying: “she is the best new jazz singer in a decade. She has good diction, time, an uncanny ability to phrase well, great warmth in her voice, a true tone and, on top of all that, she swings like mad.” , which created a huge sensation. In 1959 Anderson won the Down Beat "New Star" Award and recorded for Mercury to more acclaim, before dividing her time from the mid-60's between America and Europe.

"I don't think jazz ever died. It suffered a setback during the sixties. I had to move to London in order to work because a jazz person couldn't work in the United States when rock 'n' roll became the music. I didn't think it would last this long, and I don't think the rock 'n' roll people thought it would last this long, but Quincy it had."
Her re-emergence in the mid-1970s (at which time Ray Brown was her manager) came as a result of a sensational appearance at the 1976 Concord Jazz Festival, a string of albums for Concord Records followed. The next 17 years sealed Anderson’s reputation as a top-tier jazz and blues singer. She performed headlining shows far and wide and recorded almost 20 albums for Concord, two of which -- 1981’s Never Make Your Move Too Soon and 1983’s Big City -- earned GRAMMY Best Jazz Vocal Performance nominations. In the years that followed Anderson toured widely -- a triumphant series of dates in Japan led to the release of a four-disc live set in 1988 -- and that same year she made her debut at the prestigious Carnegie Hall. In addition, Anderson has performed at the Hollywood Bowl, at the Women In Jazz event at the Kennedy Center in 1999, at Monterey (1959, 1982, 1984, 1987, 1990, 2007), and at numerous other jazz festivals from New Orleans to Brazil, Berlin, Austria, and all around the globe.

After leaving Concord Records in 1993, Anderson signed on with her old Seattle jazz scene pal, Quincy Jones, and his happening new label, Qwest, which issued two albums -- 1993’s Now and Then, and 1996’s Blues, Dues & Love News -- that also both received GRAMMY nominations. By the late 1990s she was signed to the Koch International label which issued her Isn’t It Romantic album, in 2003 her High Note label CD, Love Makes the Changes was a breakout hit, and her 2004 JVC CD, Hello Like Before, brought further accolades.

She died peacefully, surrounded by her family in Shoreline, Washington on March 10, 2016 at the age of 87.

Ernestine Anderson was featured in an article in Time magazine, August 4, 1958: "the voice belongs to Negro Singer Ernestine Anderson, at 29 perhaps the best-kept jazz secret in the land" after her first album release. She is inevitably compared to Ella Fitzgerald, Sarah Vaughan, Billie Holiday. Ernestine invariably rejects the comparisons. "I wish," she says, "they would let me be just me."

Anderson was one of 75 women chosen for the book, I Dream a World: Portraits of Black Women Who Changed America (1999), by Pulitzer Prize winning photographer Brian Lanker. Within this book Ernestine Anderson joins such company as Rosa Parks, Coretta Scott King, Oprah Winfrey, Lena Horne, and Sarah Vaughan.

She won the Golden Umbrella award at the Bumbershoot Seattle arts festival in 2002. The award honors artists from the Northwestern United States "who have significantly contributed to the cultural landscape of our region."

Anderson was chosen by the Pacific Northwest Chapter of the Recording Academy (an organization best known for the Grammy Awards) to receive its 2004 IMPACT Award. The IMPACT Award honors Northwest music professionals whose creative talents and accomplishments have crossed all musical boundaries and who have been recognized as an asset to the music community.

In 2012, the Low Income Housing Institute named a housing project the "Ernestine Anderson Place" in her honor, noting Anderson's long residence in Seattle's Central District where the units are located. 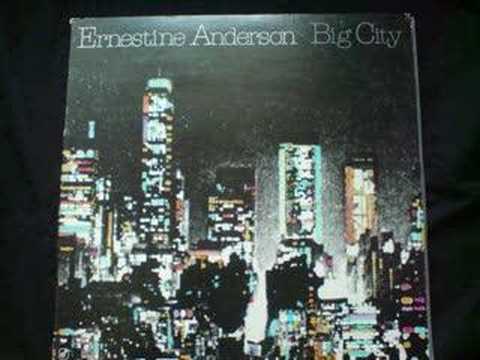 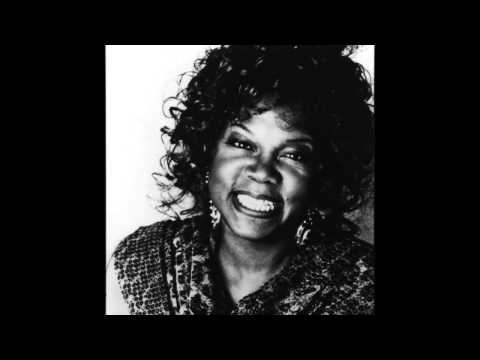 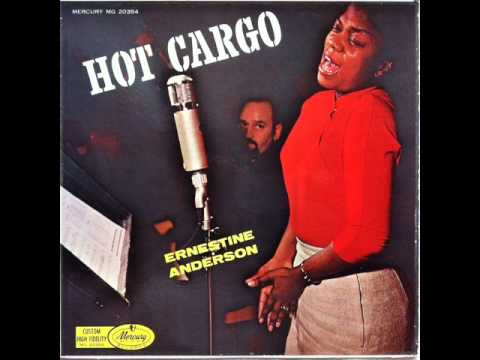 Never Make Your Move Too Soon 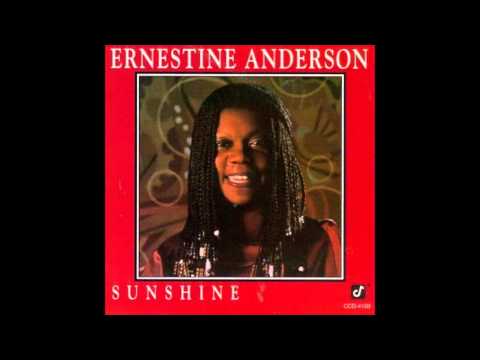 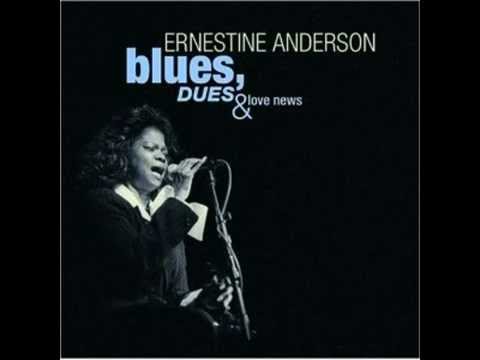 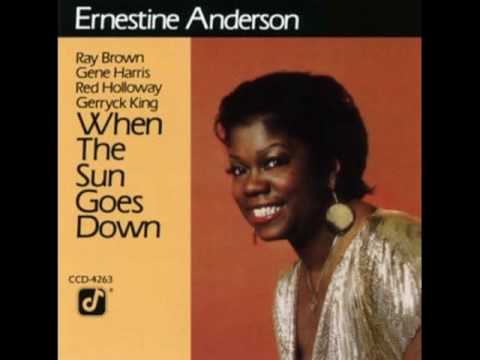 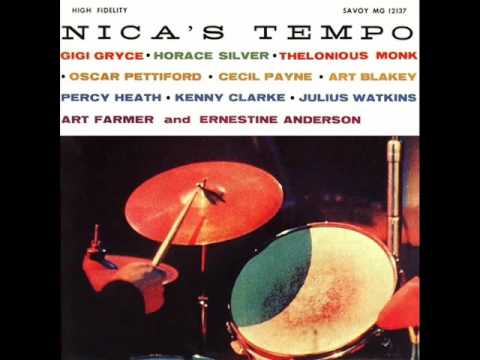