Ernest Tomlinson (born September 19, 1924) is an English composer, particularly noted for his Light music compositions. He is sometimes credited as Alan Perry. Ernest Tomlinson was born in 1924 in Rawtenstall, Lancashire into a musical family. Aged nine he became a chorister at Manchester Cathedral, where he was eventually appointed as Head Boy in 1939. He later attended Bacup and Rawtenstall Grammar Schools and at sixteen won a scholarship to Manchester University and the Royal Manchester Coll...

Ernest Tomlinson (born September 19, 1924) is an English composer, particularly noted for his Light music compositions. He is sometimes credited as Alan Perry.

Ernest Tomlinson was born in 1924 in Rawtenstall, Lancashire into a musical family. Aged nine he became a chorister at Manchester Cathedral, where he was eventually appointed as Head Boy in 1939. He later attended Bacup and Rawtenstall Grammar Schools and at sixteen won a scholarship to Manchester University and the Royal Manchester College of Music. He spent the next two years studying composition until in 1943 he left to join the Royal Air Force where he became a Wireless Mechanic and saw service in France during 1944 and 1945. He returned to England in 1945 to resume his studies and graduated in 1947, receiving the degree of Bachelor of Music for composition as well as being made a Fellow of the Royal College of Organists and an Associate of the Royal Manchester College of Music.

Tomlinson left Northern England for London, where he worked as a staff arranger for Arcadia and Mills Music Publishers, providing scores for radio and television broadcasts as well as for the stage and recording studios. He continued his interest in the organ by taking up a post at a Mayfair church.

He had his first piece broadcast by the BBC in 1949 and by 1955 he had formed his own orchestra, the "Ernest Tomlinson Light Orchestra".

From 1951 to 1953, he was musical director of the Chingford Amateur Dramatic and Operatic Society and in 1976, he took over the directorship of the Rossendale Male Voice Choir from his father, a post he held for five years, during which the choir won their class for three years in the BBC's "Grand Sing" competition. He was also the founder of the Northern Concert Orchestra, with whom he gave numerous broadcasts and concerts.

Ernest Tomlinson has won several prestigious awards; the Composers' Guild Award in 1965 and two Ivor Novello Awards - one for his full-length ballet Aladdin in 1975, the other for services to light music in 1970. For several years he was on the Executive Committee of the Composers' Guild of Great Britain, including being its Chairman in 1964. In addition, he has been a composer-director of the Performing Rights Society since 1965.

In 1984, after discovering that the BBC were disposing of their light music archive, he founded The Library of Light Orchestral Music, which is housed in a barn at his farmhouse in Lancashire. The library currently contains around 10,000 pieces, including many items that would otherwise have been lost and he is now a chief consultant for the Marco Polo record label. He has also been featured a number of times on Brian Kay's Light Programme.

Ernest Tomlinson was married to Jean, who died in September 2006. They had four children and eight grandchildren.

Tomlinson is primarily known as a composer of light orchestral pieces and has produced a considerable body of works ranging from overtures, suites and rhapsodies and miniatures, of which Little Serenade and Cantilena are probably the most popular. Also notable are a number of English folk-dance arrangements.

In the 1960s he wrote a number of Test Card pieces such as Stately Occasion and the tongue-in-cheek Capability Brown.

Tomlinson has also worked on larger-scale forms, including several works in symphonic jazz style, the first Sinfonia '62, which won a million-lire Italian competition for "Rhythmic-Symphonic" works. Also notable are three concertos, a one-act opera Head of the Family, a ballet Aladdin, a Festival of Song for chorus and orchestra and numerous works for choirs, brass bands and concert bands.

In 1966 he conducted his Symphony '65, in the Tchaikovsky Hall, Moscow, played by the Moscow Radio Symphony Orchestra and Big Band, which was the first time a symphonic jazz work had been heard in Russia. Read more on Last.fm. User-contributed text is available under the Creative Commons By-SA License; additional terms may apply. 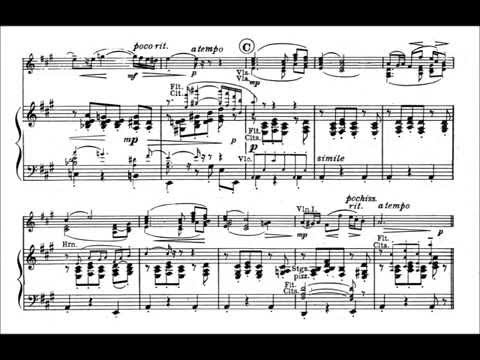