ERIC HEATHERLY - BIO “The best mix of Sun Records meets the Grand Ole Opry that I’ve ever seen or heard,” proclaimed Hollywood actor/musician Billy Bob Thornton after attending Eric Heatherly’s sold-out performance at The House of Blues in Los Angeles. Thornton’s proclamation is spot-on. And it’s one of several signs that the essentials of Eric’s musical travels are multi-faceted, well-earned, and far beyond the typical. At five years old, Eric fell in love…with a six-string that his dad res...


“The best mix of Sun Records meets the Grand Ole Opry that I’ve ever seen or heard,” proclaimed Hollywood actor/musician Billy Bob Thornton after attending Eric Heatherly’s sold-out performance at The House of Blues in Los Angeles. Thornton’s proclamation is spot-on. And it’s one of several signs that the essentials of Eric’s musical travels are multi-faceted, well-earned, and far beyond the typical.


At five years old, Eric fell in love…with a six-string that his dad rescued from a garbage bin while making deliveries in his truck. His father testifies that all Eric had to do was listen to a vinyl record once and he could play the song back on that beat-up guitar instantly. And the first song he learned (from his father Earl) was “Folsom Prison Blues.” Pretty fitting, considering Johnny Cash’s fondness for trains and the ride Eric found himself on.


From those humble beginnings growing up in Tennessee he’s become one of the most accomplished guitar slingers to hit the charts in decades. Guitar legend Duane Eddy cited Eric as “his favorite new guitarist” after hearing his first single. In 1997, Shania Twain invited him to play guitar for her on stage at the CMA Awards and to join her on the subsequent world tour. Although a tempting offer and a tremendous compliment, he graciously declined in order to keep his solo career efforts from derailing.


His first album, Swimming in Champagne, (Mercury Records) surfaced in April 2000. It met with widespread critical honors, became Billboard’s 44 Top Album of the year and yielded three Top 40 singles. One of those singles, “Flowers on the Wall,” walked away with the honor of the 3 Top Country Single of 2000 AND 1 video designation from both Great American Country (GAC) and Country Music Television (CMT). During the next few years Eric Heatherly recorded two more albums that remain something to be proud of: Sometimes It’s Just Your Time, (Dreamworks) and The Lower East Side of Life, (Koch USA & Universal/Germany). Eric had his hands in every ingredient on The Lower East Side of Life collection. And among other accolades it was named one of 2005’s Top 10 albums by hot weekly Nashville entertainment magazine All the Rage. The release found its way to Universal/Europe and spawned six top 10 singles.


Elsewhere Eric’s guitar-slinging/songwriting successes extend further into print, with features in Playgirl (naming him one of country music’s Top 5 sexiest singers), Guitar Player, and music industry publication Music Row magazine among those singing his praises. Music Row even awarded him their coveted “Critics’ Pick.” He’s appeared numerous times on CMT, the CMA Awards, in the IMAX film Our Country, and other screen settings. He’s rocked the Opry stage and Austin City Limits. He’s been the guest of esteemed music authority Harry Chapman on the TV show Words & Music, which is dedicated to successful songwriters. Acclaimed Hollywood film director Robert Rodriguez, (Spy Kids Trilogy, Desperado, Sin City), was so floored by Eric’s fun-loving witticisms in his co-written song “Wrong Five O’ Clock” that he made a five-minute film short for it.


But his atypical story doesn’t end there: Heatherly’s creativity rears its head through other avenues too. He’s single-handedly founded Kustom Duds, an original clothing and music accessories company. Already some of his designs have made their way into the Musician’s Hall of Fame in Nashville, Tenn. And in 1999 he co-created and patented the “Hot-Rod” seat belt guitar strap, featured on the cover of Guitar Player Magazine.


“It was awesome," he says. "I would be playin’ shows with Brooks & Dunn, Montgomery Gentry or Brian Setzer and their guitar techs would approach me after the shows asking me where I found the seatbelt guitar strap. I would laugh and say, I made it in my garage!" In fact, he started giving the straps away to the big acts he was touring with as a thank-you. His designs are now adorned by superstars like Lenny Kravitz, Kid Rock, and Rascal Flatts.


When he's not Touring or Recording, Eric finds Relaxation by expressing his other artistic side as a painter. He also relishes his time with 5 yr. old daughter, Christiana, his dog Lucky and his local church.
- Melissa Coker 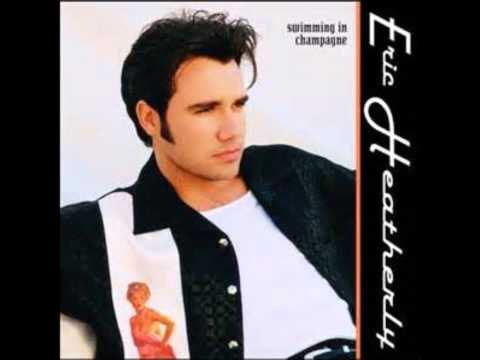