In 1962, the foundation of the band was laid when Howard E. Scott and Harold Brown formed a group called the Creators in Long Beach, California. Within a few years, they had added Charles Miller, B.B. Dickerson and Lonnie Jordan to the lineup. Lee Oskar and Papa Dee Allen later joined as well. They all shared a love of diverse styles of music, which they had absorbed living in the racially-mixed Los Angeles ghettos. The Creators recorded several singles on Dore Records while working with Jay Con...

In 1962, the foundation of the band was laid when Howard E. Scott and Harold Brown formed a group called the Creators in Long Beach, California. Within a few years, they had added Charles Miller, B.B. Dickerson and Lonnie Jordan to the lineup. Lee Oskar and Papa Dee Allen later joined as well. They all shared a love of diverse styles of music, which they had absorbed living in the racially-mixed Los Angeles ghettos. The Creators recorded several singles on Dore Records while working with Jay Contreli, a saxophonist from the band Love. In 1968, the Creators became Nightshift and started performing with Deacon Jones, a football player and singer.

The original War was the brainchild of veteran record producer Jerry Goldstein ("My Boyfriend's Back," "Hang on Sloopy," "I Want Candy") and rock legend Eric Burdon (ex-lead singer of the top British band The Animals). "I first saw some of the guys who would eventually become War playing at the Rag Doll in North Hollywood, backing Deacon Jones, the pro football player, and knew immediately how potent these kids were," Goldstein said of his first exposure to the group. "I was friends with Eric and he was ready to throw in the towel on the music scene and return to Newcastle. He was tired of the 'rock' thing and desperate for a fresh authentic sound. I called him the morning after I first saw the band and made him return to the club the next night with me. Eric was so blown away by what he had heard that he jumped on stage to jam with them. The guys were so sheltered, that they hadn't even heard of Eric or The Animals. I had them in the studio within a week, and the rest is history!"

The year was 1969, and the band had the nerve to carry the name War at a time when peace was the slogan in an anti-Vietnam America. "Our mission was to spread a message of brotherhood and harmony," states founder and singer/keyboardist Lonnie Jordan. "Our instruments and voices became our weapons of choice and the songs our ammunition. We spoke out against racism, hunger, gangs, crimes, and turf wars, as we embraced all people with hope and the spirit of brotherhood. It's just as apropos today."

Burdon and War toured extensively across Europe and the States, garnering rave reviews from mainstream and music press alike. England's New Musical Express called War "the best live band I ever saw" after their first UK gig in London's Hyde Park. Musicians on both sides of the ocean were buzzing about this new band. Jimi Hendrix even jammed with War at Ronnie Scott's Club the night he died.

A second Burdon and War album, a two-disc set, The Black Man's Burdon, was released in 1970, before an exhausted and volatile Burdon left the band in the middle of its European tour. Already starting to assert themselves, War finished the tour without him and returned to record an album.

The result was War's 1971 self-entitled debut album. While this album met with only modest success, it laid the groundwork for things to come. Later that year, the band released All Day Music, which included the hit singles "All Day Music" and "Slippin' into Darkness." In 1972 the band's sound was refined and deepened with the release of The World Is a Ghetto; a gritty, celebratory, and reflective album which established War at the forefront of funk and brown-eyed soul. Its first single, "The Cisco Kid," shipped gold and brought the band a following in the Hispanic community that has remained loyal to the group to this day. The thought-provoking title song fueled the album's rise to the number one spot on Billboard and was voted Billboard's Album of the Year.

The next album, the slightly less gritty Deliver The Word (1973), contained the hits "Gypsy Man," and a re-recording of "Me And Baby Brother". This album proved a real challenge for the band since the pressure of their previous hits and a lack of focus made concentration difficult. Despite these conditions, the album went on to sell nearly two million copies. It was 1975 when the Why Can't We Be Friends? album was released. It included "Low Rider", the universal lowrider anthem, and the satirical title track, a half-joking but irresistibly soulful tune that both applauded and laughed at overly-positive utopian funk songs.

Exhausted from a non-stop schedule, the band took a year long hiatus from recording, but did release a greatest hits record which contained one new song, "Summer." War became the first group to ever include a new cut on a Greatest Hits package. With its easy flowing style the single went gold and earned them even more success. However, the emerging disco craze began to threaten the popularity of War's gritty and socially aware funk rock. Disco, with its programmed beats, slick production, and superficial lyrics, dominated the music scene; the unconstructed and free form street music that defined War was clearly not in vogue. Still, the group managed to attain success with the album Galaxy and its sleek, danceable title single. "Galaxy was inspired by Star Wars and just fit into the vibe of the time," Goldstein remembers. War's next project, coincidentally, would be a soundtrack album for the movie Youngblood in 1978.

Although War would never rekindle the level of prosperity that was reached in the mid-seventies, it continued to record music, releasing the albums The Music Band (1979), The Music Band 2 (1980), and Outlaw (1982). The singles "Outlaw," "You Got The Power," and "Cinco De Mayo" were warmly embraced by War fans. During the eighties, War began to focus more on touring than recording. In the beginning it was difficult, with small crowds, bad venues and low pay, but the band persevered. "It was the spirit of survival and the belief we few remaining original members had in our music that carried us forward," reflects original member Lonnie Jordan.

The band's popularity has grown steadily ever since, as a result of increased television appearances; use of their music in film, television and advertising; and samples and covers by other recording artists. Sampling of War by hip hop artists was prevalent enough to merit the compilation album Rap Declares War in 1992, which was sanctioned by the band and intended in part to demonstrate their ongoing influence as well as introduce them to a younger audience. This rather enlightened understanding of the sampling art and its promotional potential stood in contrast to the slew of lawsuits launched by other artists over sampling at the time. In 1994 the release of Peace Sign, an album well received by critics and fans, reinvigorated War's presence in the music scene. War now tours over 150 dates a year, in venues ranging from tens of thousands to a few dozen.

The band has also twice been honored by its hometown of Los Angeles, over a span of twenty years, for the positive contributions its music has made to the community.

The only original member in War's current lineup is Lonnie Jordan (keyboards). The largest group of the remaining members formed their own group, called the Lowrider Band. It consists of four original core group members of War: Howard E. Scott, B.B. Dickerson, Lee Oskar, and Harold Brown. These members lost the right in court to use and tour under the name War. Charles Miller was murdered in 1980 and Papa Dee Allen died of a heart attack in 1988. Read more on Last.fm. User-contributed text is available under the Creative Commons By-SA License; additional terms may apply. 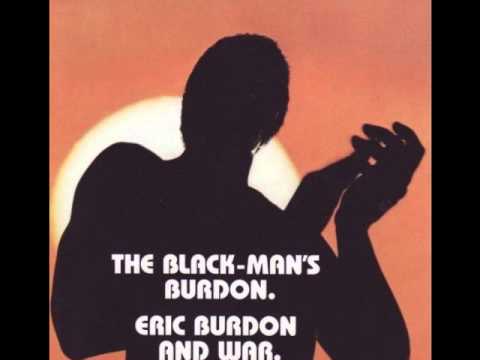 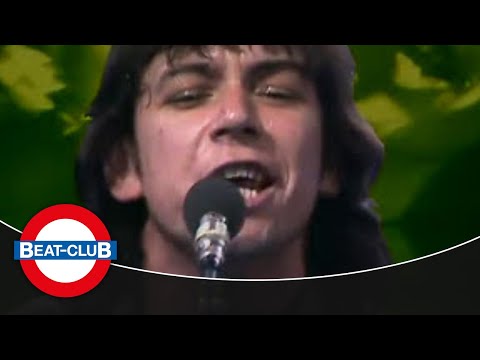 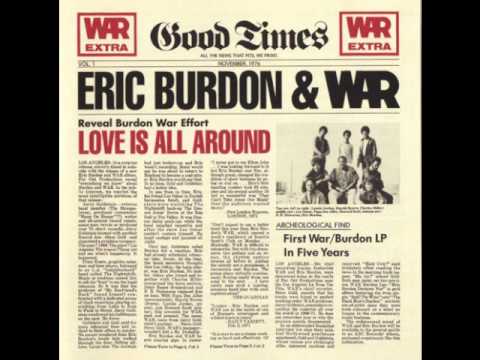 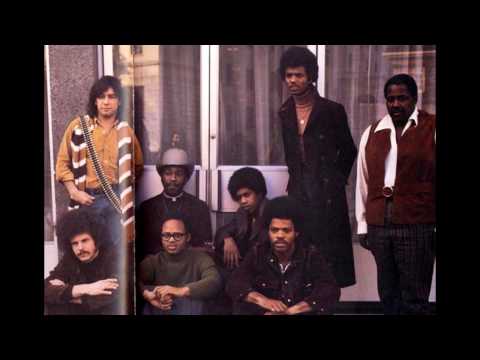