Ohio, New York Active from 1982 - to present www.myspace.com/douggillard www.douggillard.com Doug Gillard's latest, "Call From Restricted" is available from iTunes ,Amazon, etc... or CDs thru 347 Records (via douggillard Myspace page http://myspace.com/douggillard). The album "Salamander" is available from Pink Frost/Big Takeover Records at their page: http://bigtakeover.stores.yahoo.net/pinfrosrec.html The Lifeguards lp "Waving At The Astronauts" will be released on Feb 15, 2011,...

The album "Salamander" is available from Pink Frost/Big Takeover Records at their page: http://bigtakeover.stores.yahoo.net/pinfrosrec.html

The Lifeguards lp "Waving At The Astronauts" will be released on Feb 15, 2011, on Serious Business Records/Ernest Jenning Records.

Death Of Samantha was an underground rock/punk/psych band that came to prominence in the mid-80s, and had 3 lps on the seminal Homestead Records, plus many compilation tracks and singles. DoS included John Petkovic, Steve O, Dave Swanson, Dave James and Marky Ray. Some info and DoS pics at http://www.clepunk.com/bands/dos/index.htm

Gem formed in 1992, with Doug and Tim Tobias as principal songwriters, original lineup being TT and DG-guitars, vox, Chris Burgess-bass, Scott Pickering-drums. In 1995, Gem released the full-length, Hexed (Restless records). The band was also featured on 3 CLE magazine cds, (including the original version of the song "I am a Tree") released a few 7"s, one EP (I Am A Tree EP [Scat]), plus the 2001 full length Sunglare Serenades (Pitch-a-Tent records). Other band members included Jeff Curtis, George Collins, the longest lineup featuring Eric Vogt on drums and Todd Tobias, bass.
Cobra Verde was formed in the early 90's by John Petkovic, Gillard, and Dave Swanson. Don Depew soon joined as bassist and studio recordist. Doug played and co-wrote on Viva La Muerte (Scat), Vintage Crime (Scat) Egomania (Scat) and Nightlife (Motel), departing in 1998.

Doug's tenure in Guided By Voices, 1996-2005, encompassed 6 official lps, many singles, eps, also providing the music for 2 related lps- "Speak Kindly Of Your Volunteer Fire Dept."(Fading Captain Series) (under the name "Robert Pollard With Doug Gillard") and the Lifeguards lp, "Mist King Urth" (FCS). Doug entirely composed the music for 4 songs on "Speak Kindly..." (including the song Pop Zeus), and all the music on the Lifeguards lp. The song "I Am A Tree" from the lp Mag Earwhig! was written by Doug and recorded by Gem in 1993. The ABC drama Grey's Anatomy named an episode for the song early in its 2006-7 season. "Avalanche Aminos" was co-written by Doug and Bob for the LP Do The Collapse, but ended up on the "Hold On Hope" EP. (Pollard-lyrics, Gillard-music). During these years, GbV released 6 LPs, many singles, appeared on TV shows (Conan O'Brien, Late Show with Craig Kilborn, others), and embarked on many tours, taking bands such as My Morning Jacket and The Strokes on their first nationwide club tours. (GbV appears in the Strokes music video for "Someday"). Gillard was in Guided By Voices for over 8 years until the band's breakup in 2005.

In 1982, as a 16 year old, he joined Cleveland's Suspect Device, who played around Cleveland, mostly at the Lakefront and the Pop Shop,once opening for the riveting Easter Monkeys. Around the same time, Doug, Fraser Sims, and Sean Saley were the founding members of Starvation Army, and Fraser and Doug were Children's Crusade. The rock/goth duo recorded one 8-song release, "A Duty Dance With Death", and also a single on Scat records, "Scorpio Moon".

Since 2002, DG has been composing film scores and soundtrack music, most recently for the controversial feature length documentary American Cannibal: The Road to Reality" (Acme Pictures), which premiered at this year's Tribeca Film Festival. Another feature length, Donnybrook, premiered at the Cleveland International Film Festival in 2006, and the short Creative Process 473 has enjoyed worldwide festival play since 2003. Doug was granted permission by the Gershwin estate to submit a version of a George and Ira song ("A Foggy Day") for their 2004 Gershwin film contest at the Vail Film Festival. The film "Blackout" (n7 Productions) was set to that version, taking 2nd place at the fest. (MP3 of this song is above) "Blackout" can be viewed here. Doug is currently working on music for the short comedy "101 Salvations", due out in 2007.
The latest Richard Buckner lp,"Meadow", was released on Merge on September 12th, 2006, which includes Richard and Doug on guitars, Kevin March and Steve Goulding on drums, and JD Foster on bass, who engineered and produced the album.
Yuji Oniki's lp "Woodstock" was released in Japan in 2006, and features Doug on electric and acoustic guitars, and also the great Sara Lee on bass. It is georgeous hypnotic atmospheric pop.

2008 - Recorded and played live with Baltimore's The Oranges Band.
Recorded some guitar and backup vocals on the Hold Steady LP Stay Positive, song, "Sequestered In Memphis"
Took part in one of Yo La Tengo's renowned Hannukah celebration shows at Maxwell's in Hoboken.

Doug is participating in the Rhys Chatham-conducted "A Crimson Grail" piece for 200 guitars, played live at Lincoln Center's Damrosch Park.

Collaborates on the song "Please, Please, Please" with Kendall Meade of the band Mascott for a UK single release (under the name Mascott).

A self-taught musician born and raised in the rock & roll home base of Cleveland, Gillard’s hometown may have had something to do with his now-for-certain gifted ability. Whatever it may be, this acclaimed artist has had a history of success including roles as the driving force for bands like the punk/psych Death of Samantha, Gem, Cobra Verde, and eventually finding a longstanding place in lo-fi, power pop band Guided by Voices, playing alongside Robert Pollard. Contributing his writing skills on a number of songs for the many albums that his previous projects have collectively produced, including the widely known track “I Am a Tree” off the Guided by Voices Mag Earwhig! LP, Gillard has also scored several film soundtracks including the documentary American Cannibal. Always keeping busy, Gillard recorded some back up vocals and guitar for the song "Sequestered In Memphis" on the latest Hold Steady LP Stay Positive, and even worked as an extra on the George Clooney film “Leatherheads.”

Call From Restricted holds up to the expectations that come with an artist so rich with history, and Gillard proves his place by playing all the instruments on the album. Mixing the quiet subtlety of Elliot Smith with an edginess that sparks and excites at just the right moments, this album could easily be the soundtrack for a typical Wes Anderson movie yet without all the clichés that follow. The opening track “Time is Nigh” immediately catches your attention with the rolling strum of the guitar and the chord progression that channels the sounds of Blur. Writing this song several years ago Gillard says, “It seems to be about growing older, but knowing I’m still acting like a 22 year old, still trying to live like one, and that it’s high time I tried to change that.” Played acoustically and recorded on an old bass guitar, the song has a rich organic sound.

The song “Temperament Twist” was originally written as an instrumental piece for the documentary American Cannibal yet finds the perfect place on Call From Restricted. It’s a darker, deeper song that is spiked with a sense of anxiety from the vocal percussion of Gillard’s quick breathing that supports the cynicism of the lyrics: “Some babies cry when there’s nothing wrong / Some people lie just to get along.” One of the standouts on the album is the song “Gibraltar,” an unsettling tale of longing and searching accented by the seamless plucking of the electric guitar and the soft sweeping drumbeat. Hypnotizing but broken up with an aggressive punch, Doug Gillard’s Call From Restricted is your quintessential indie-rock soundtrack.


Recommended If You Like: Pernice Brothers, XTC, Television, Guided By Voices " 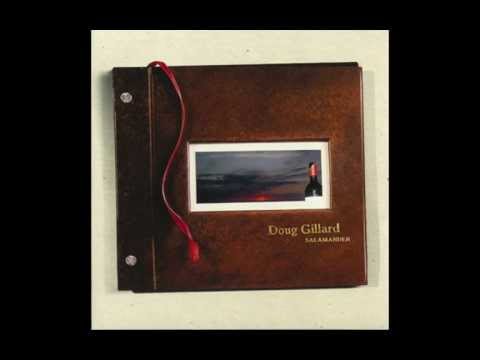 (But) I See Something 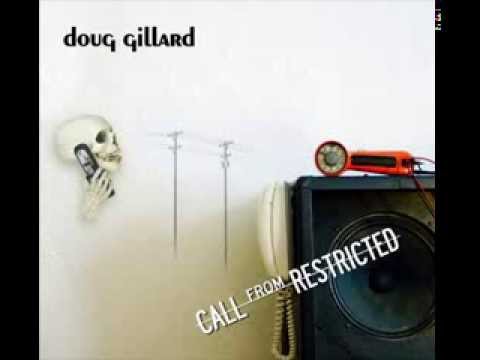 (When Will You Be) Driving By 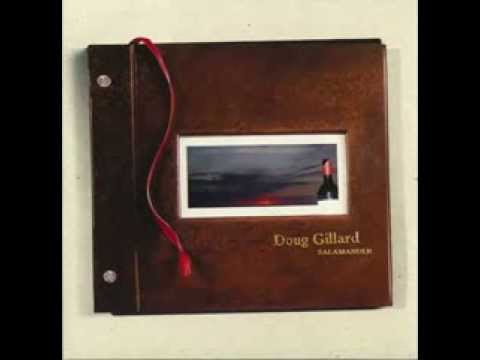 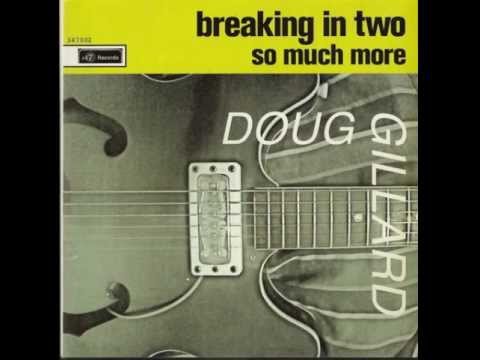 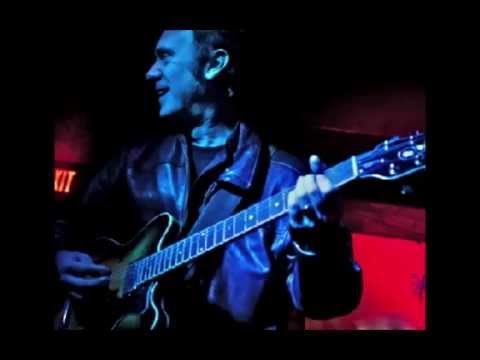 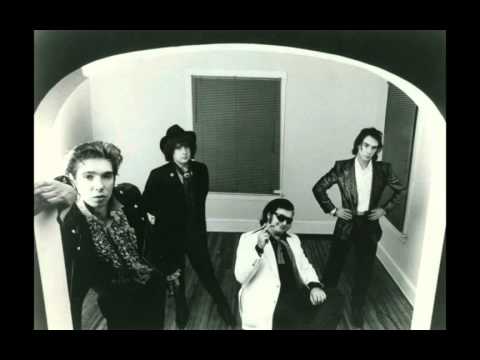 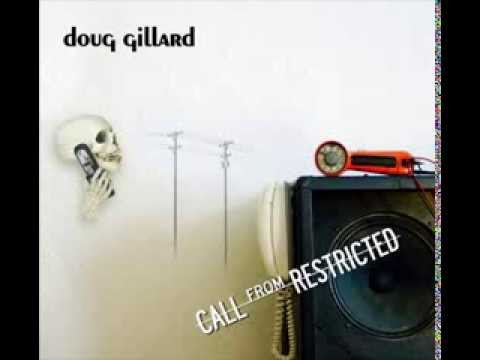 From What I've Done 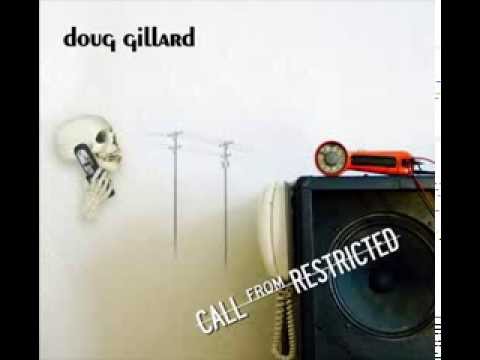 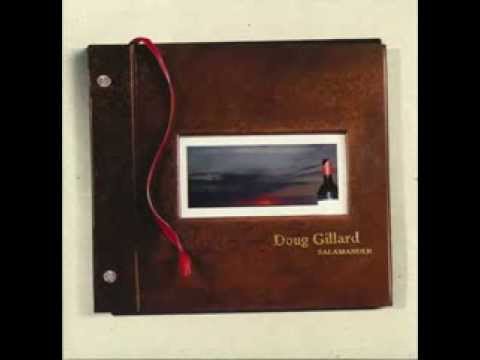 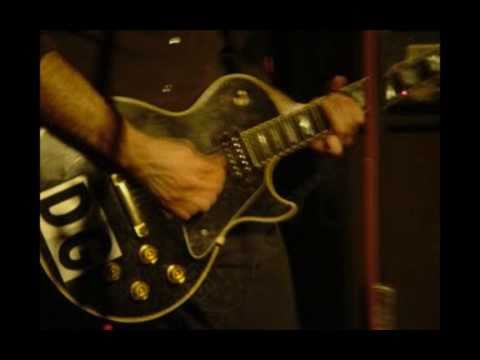 No One Above You 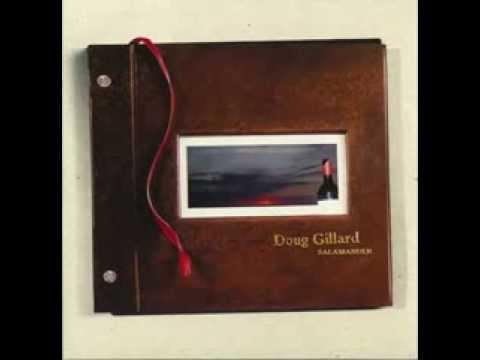 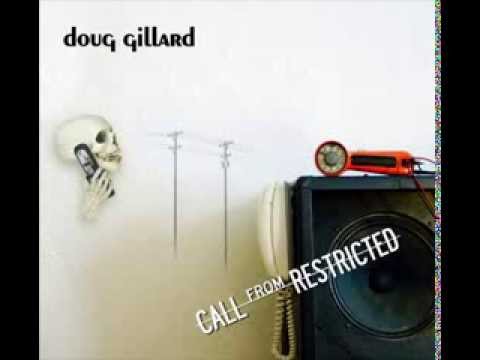 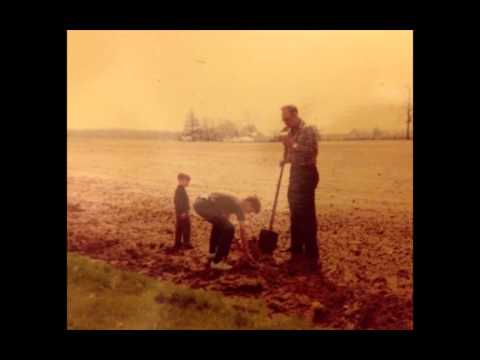 The Cape and Bay 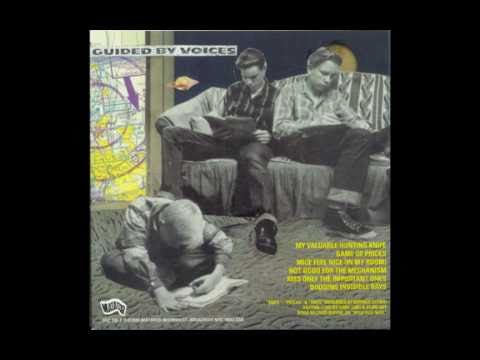