DINGDONG AVANZADO ARTIST PROFILE “ Kilabot ng Mga Kolehiyala”… Crush ng Bayan… “The Original Prince of POP”. These are just some of the Titles given to Multi-platinum Recording Artist/ Songwriter/ Concert Director and total entertainer Dingdong Avanzado. But over-all, He is regarded as one of the most outstanding Concert Performers in the Philippines over the last two decades. Dingdong burst into the limelight in 1987 when he first guested in the “Hit” TV show PENTHOUSE LIVE. His boyish good l...

“ Kilabot ng Mga Kolehiyala”… Crush ng Bayan… “The Original Prince of POP”. These are just some of the Titles given to Multi-platinum Recording Artist/ Songwriter/ Concert Director and total entertainer Dingdong Avanzado. But over-all, He is regarded as one of the most outstanding Concert Performers in the Philippines over the last two decades.

Dingdong burst into the limelight in 1987 when he first guested in the “Hit” TV show PENTHOUSE LIVE. His boyish good looks and captivating smile immediately made an impact to the public and not long after he had his first big break when he sang the theme song for the movie “PUTO”. He appeared in several TV shows performing the movie theme song creating a wide fan base among the youth. This prompted DYNA Records to immediately sign him up to a record deal that gave him his first Gold Record Award for the Maxi-single, “IKAW LAMANG”. So immense was his popularity especially among the “Kolehiyalas”(high school and college girls) during that time that it earned him the title “Kilabot ng mga Kolehiyala”. Soon after, his management came up with his very first major concert “SHINE ON” which was held at the historic Rizal Theater. Because of this, DYNA decided to release his first Solo Album which featured the now 80’s classics “Tatlong Beinte Singko” and “Maghihintay sa yo”. It was the first time that a young artist had the distinction of having two songs at the top of the charts at the same time thus giving him a rare “double gold record award” in recognition of the outstanding sales of both singles. In 1988, Dingdong stamped his mark in the LIVE CONCERT scene by staging his 2nd MAJOR CONCERT at the very distinguished FOLK ARTS THEATER-a venue that serves as a yardstick for most major artists in the Philippines and later on that year, he received his first Aliw award as “THE MOST PROMISING ENTERTAINER OF THE YEAR”. A string of Hit songs and Hit albums followed which prompted the press to name him “The Prince of POP” in Philippine Music. Hit songs like “Makapiling ka sana”, “Basta’t Kasama Kita”, “Hindi mo Na Ba Minamahal”, “Bakit Labis Kitang Mahal”, Paniwalaan mo all became Love anthems and Movie themes in the late eighties and early nineties making Dingdong one of the most celebrated recording artist of his time.

In 1989 and 1990, Dingdong conquered an even bigger stage when he performed at the ULTRA(University of Life Ampitheater) for his next 2 Major Concerts. This coincided with his stint in the Movies. He starred in several Youth Oriented films for Viva Films such as PIK PAK BOOM, I LOVE YOU THREE TIMES A DAY, ESTUDYANTE BLUES and LOVE AT FIRST SIGHT.

In 1995, Dingdong’s career was elevated to another level when he gained recognition for his songwriting. His composition “PAALAM NA” which was recorded and co-composed by singer Rachel Alejandro garnered the ‘SONG OF THE YEAR” and “ BEST BALLAD RECORDING” award for the “AWIT AWARDS”, the much coveted music award of the Philippine Music Industry. The following year, he received yet another Awit award for “BEST DANCE RECORDING” for the song “I will be there for you”, this time both as a singer and songwriter. This cemented his place in the music industry making sure that indeed the once regarded teen idol was not just a “Flash in the Pan”.

In 1997, ten years after he broke into the music scene, Dingdong recorded his 7th Album DECADE AFTER. This album produced two unforgettable hits, his original composition “Wish I could” and the re-make of the Sharon Cuneta hit “to Love Again”. Once again, the “prince Of POP” conquered the airwaves in a time where the “Band Sound” ruled the radio Playlists. As a result, Dingdong’s album turned platinum and further established him as a one of the top recording artists in the Philippines.

Dingdong’s career took a slightly different path when in 1998 he ran for public office and won a seat in the City council representing the 3rd district of Quezon City. He served until 2001 and one of his achievements was establishing Quezon City as the “City of Stars”, highlighting the prescence of all the major networks in the film and music industry in the city to help boost tourism.

It was also during this time that he met and married one of the Philippines’ biggest selling Female Recording artists, Jessa Zaragoza. Their romance which ended up in them tying the Knot was one of the most talked about Showbiz Love Stories at that time.

In 2002, Dingdong and Jessa appeared in a very much awaited concert together, “IN LOVE” held at the Folk Arts Theater. This marked the couples first team up in a major concert. Immediately after, they embarked on several concert tours in the Philippines and throughout the world performing in various Countries and Cities such as Australia, Hongkong, Japan, Canada and The United States.

Also, in the same year, dingdong released the album "HERE TO STAY" under star records which produced the hit Re-make "Walang Kapalit" a Rey Valera original which was later on made into a soap opera by ABS-CBN that starred Piolo Pascual and Claudine Barreto.

Not long after, Dingdong started conceptualizing and directing concerts for other artists.In 2003 Dingdong and Jessa had their first child, a daughter named "Jayda".This ushered in a new chapter in his illustrious career.

In 2005, Dingdong Conceptualized and directed the concert” Soul Sisters” which featured sexy actress Ara Mina, Comedian/singer Marissa Sanchez and Phenomenal Diva Jessa Zaragoza. The concert was brought on tour and earned rave reviews and was even nominated for Best Live Concert for 2005. This gave Dingdong his first nomination as Best Concert Director at the 2005 Aliw Awards.

In 2006, Dingdong and Jessa released their historic Duet Album “LAGING IKAW” under Universal Records. They soon moved to the United States with their daughter Jayda and immediately began performing for the millions of Filipinos now based in the US and Canada.

To this day, two decades after, He still carries the name that embodies his once youthful image. Dingdong, now a more seasoned and multi-faceted Artist continues to entertain his Filipino Fans Worldwide with his own brand of entertainment that will surely “Ring a bell". Read more on Last.fm. User-contributed text is available under the Creative Commons By-SA License; additional terms may apply. 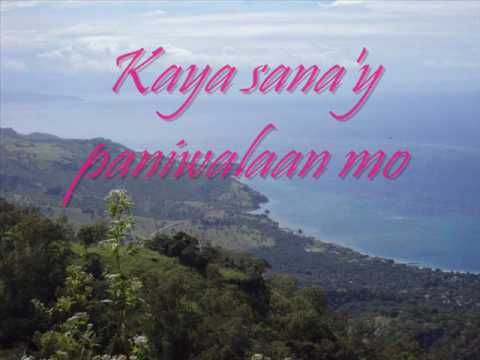 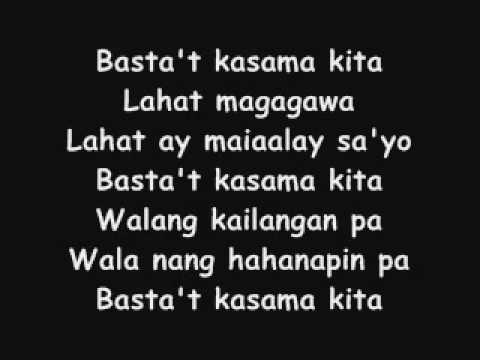 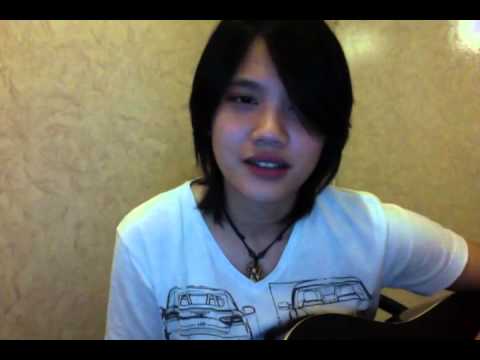