Dazkarieh suggests an incessant search for acoustic sounds that come together in a powerful electric discharge and where a new path is traced in invigorating Portuguese music of "traditional roots". It's a unique sound that sprout from the root to fly without borders and without limits, out of the real world. Dazkarieh began their career in 1999, starting with the idea of making music having several world cultures as source of inspiration. Soon they grew to become one of the most active and or...

Dazkarieh suggests an incessant search for acoustic sounds that come together in a powerful electric discharge and where a new path is traced in invigorating Portuguese music of "traditional roots". It's a unique sound that sprout from the root to fly without borders and without limits, out of the real world.

Dazkarieh began their career in 1999, starting with the idea of making music having several world cultures as source of inspiration.

Soon they grew to become one of the most active and original Portuguese music outfits, by gathering instruments from different origins (Galician Bagpipe, Accordion, Silver Flute, Irish Tin Whistles, African Percussion, Arab Percussion, Bass and Guitar) and vocalizations in an imaginary language, created by the group itself, with the purpose of treating the human voice as an autonomous instrument, comparable to the others.

With a large line-up from 7 to 10 members, they worked for 5 years, achieving the status of a cult band, selling out concert venues and releasing cds on somewhat mythical locations (the Carmo Convent and the Jerónimos Monastery). The first album was released in 2002 by the group itself and soon sold out the 2000 copies edition, remaining sold out until the 2007 re-edition by HeptaTrad.

Concerts followed all over the country, as well as the gaining of new audiences, which enabled them to always get great reviews from the media.

The first transformation inside the band takes place in 2003, with a change of line-up accompanied by a musical change. The group becomes more ambitious, playing more musical styles, broadening the range of instruments used and recording an album in 2004, which has already had 2 distinct editions. A first one, that had an initial distribution with Blitz music newspaper of 5000 copies, and a second deluxe edition of 1000 copies with a wooden sleeve, edited by the group and immediately sold out.

One might add that on this second album, the group takes on Portuguese songs, inviting, for that purpose, writer TIAGO TORRES DA SILVA (Né Ladeiras, Chico César, Ney Mattogrosso) author of most poems in Portuguese.

2004 also marks the end of the second Dazkarieh line-up with a broadened number of musicians. In the following year, the band scales down to 4 members. Once again, the search for other sounds leads to a realignment now more focused on European music and on an attempt to recreate traditional Portuguese themes. With this line-up, there has been a limitless experimentation, resulting in the unmistakable sound of the band nowadays.

2005 is marked by the edition of a never published compilation, exclusive for the book editor GAILIVRO, which had an edition of 33.000 copies, sold out soon afterwards, accompanying the book ELDEST, by CHRISTOPHER PAOLINI. This edition brought public recognition to the band and, most of all, the conquest of a younger audience. For the first time, the band gives 50 concerts within the same year.

The year of 2006 marks the release of the third album of originals and the start of the group's internationalization, with concerts in SPAIN and CANADA (at the Québec Summer Festival, one of the biggest in North America).

This internationalization, now looked upon as the group's big goal, takes them, in 2007, to several parts of the world. In the same year, Dazkarieh travel through festivals and concert venues in MEXICO, CAPE VERDE, SPAIN, POLAND, GERMANY, CZECH REPUBLIC, AUSTRIA and ESTONIA. Once again, the group gives over 50 concerts in the same year, a mark to be taken in consideration in the realm of world music. Their latest work (Incógnita Alquimia) gets physical distribution in the United Kingdom, Germany and Poland, and digital distribution all over the world, in the main platforms.

2008 marks Dazkarieh's consolidation as an imminently international band, giving more shows outside Portugal than in national territory. It's, without a doubt, the German year, where they went on a 15-date tour. They also performed in BELGIUM, POLAND and SWITZERLAND and were also nominated for best band of the year at an important Folk music award in Germany.

2009 will undoubtedly be an important year for the group, with the edition of the new cd and two upcoming tours in GERMANY. 2009 is also the year when Dazkarieh celebrate their 10th anniversary. 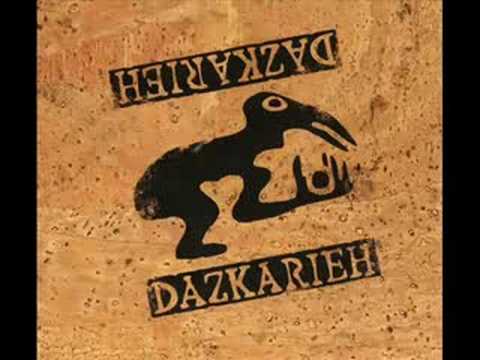 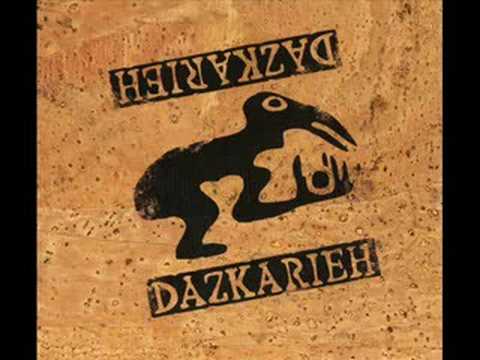