Clouseau (a Belgian band) started as a group of friends back in 1984. Only Karel Theys, the bass-player, had some previous experience in a band with The Employees. 1987 sees them coming out of the garage for the first time : they play Marktrock in Leuven en get a record deal for their first single "Brandweer". In '88 they have a small hit with "Alleen met Jou" (Only with you) and win the Baccara-trophy in the squad of Raymond Van Het Groenewoud. In 1989 they participated in the preselection...

Clouseau (a Belgian band) started as a group of friends back in 1984. Only Karel Theys, the bass-player, had some previous experience in a band with The Employees. 1987 sees them coming out of the garage for the first time : they play Marktrock in Leuven en get a record deal for their first single "Brandweer".

In '88 they have a small hit with "Alleen met Jou" (Only with you) and win the Baccara-trophy in the squad of Raymond Van Het Groenewoud.

In 1989 they participated in the preselection to determine the Belgian delegate to the Eurovision Song Festival. Clouseau finishes second (behind Ingeborg), but now has a foot in the door. The breakthrough comes immediately with the single "Anne" and an album "Hoezo ?" (How so?). Screaming teenagers all over the place and smashed record sales in Belgium are the consequence. The Netherlands follow, when "Daar Gaat Ze" (There she goes) becomes a big hit. The 2nd album "Of zo" (Or so) also proves to be very successful.

1990 is a year which can only be described as the year of "Clouseau-mania". Everything the boys touch turns to gold.

Manager Hans Kusters : "They really appeal to the teens. Simple songs, but also lyrics in the form of "She comes, she goes or she is". No fuss about apartheid or the nuclear missiles. Clean, cute, sometimes rocking, sometimes slowing, always charming melodies with innocent and easily recognizable love- and dance stories."

In 1991, the Benelux is getting too small for the group so they (or at least the record company) decide to try to storm the European market.

This time they are appointed to participating for Belgium in the Eurovisionsongcontest (where the finish very low with "Geef het op", despite the very high hopes Flanders was posing in them). They record a CD in English called "Close Encounters" (mainly consisting of adaptations of their own Dutch songs) of which they sell 200.000 copies in the slipstream of Roxette's European tour of 1992.

The 2nd English-language album "In every small town", however, is a complete commercial failure. Frontman Koen Wauters starts a career as a television presenter and race-pilot (Paris-Dakar), kicks a few old friends out of the band and refocuses on the Dutch market with the CD "Oker" (Ochre) in 1995.

On the album "Adrenaline", only the two Wauters' Brothers remain. The album shows a more adult Clouseau. They have successfully survived the hype and are starting to produce decent material again, without the necessity to "score" or match the sales figures of the 1989-1990 craze.

What about the band members that were left behind :
- Bob Savenberg has ventured to a successful solo career (e.g. the duet with Dutch singer Stef Bos in "Breek de stilte" and his solo CD "Vuur en Vlam"). He also presented "Ultratop" (the Belgian hitparade on VRT) and has a small company that builds websites. In 2001, he did the show "Popstars" for VT4.
- Tjenne Berghmans has played in about every other Belgian group (e.g. The Scabs, Betty Goes Green ...) since he left Clouseau.
- Karel Theys, formerly of the Employees, was at the base of another Kloot Per W project, de Lama's in 1993-94.

In 1997, they release a compilation album "Clouseau 1987-1997" and have a celebration on their 10 years of existence. Koen Wauters (although hard to recognize amidst all the publicity for Belgacom) finishes another Dakar at the beginning of 1997. He also continues his television career (Familieraad, Koen & The Gang, Wedden dat ...), and fights off a female stalker in his bathroom. In 1999, he marries Carolijn Lillipally (who was a VJ for MTV-Europe).

In 1999 Clouseau conquers Flanders for the umpteenth time, on this occasion with the new CD "In Stereo". In a production with a lot of violins by Jean Blaute (see RvhG, Kate's Kennel ..) and with songs that were written by people such as Frank van der Linden (of De Mens), Jan Leyers (of My Velma & Soulsister), Mark Vanhie (The Bet, Sarah) and others, and pulled by singles such as "Heb ik ooit gezegd" (a Van Morisson-cover) and "Altijd meer en meer" the group even makes it back again as a headliner at Marktrock (where it all had started). This leads them to a new live-album, simply called "Live", released in 2000.


In 2001 they opened with an album with nothing but slow songs for the Dutch market - entitled "Ballades" - but in recording their next album they deliberately stepped away from this trend in ever slower songs. En Dans - wrapped in a funny cover hand-drawn by Marcel Vanthilt, who also sings on one song - was released in November 2001, and contained much more uptempo songs, taking them back to the starting days of the band. Most striking track was certainly the title song "En Dans", Clouseau in an festive disco-outfit. However the first single that was taken from the album was a ballad "Ik Geef Me Over" (I surrender) with a video that caused some controversy due to the smoking habit of Koen. Through the usual visits to radio stations and a break-in into the BigBrother house, the CD certainly didn't miss it's start, as it deserved platinum for 30,000 copies in the presales, and entered the album-charts at n°1. On the live-front it remained fairly quiet, working towards two gigantic gigs in the Sportpaleis in Antwerp in the month of December. 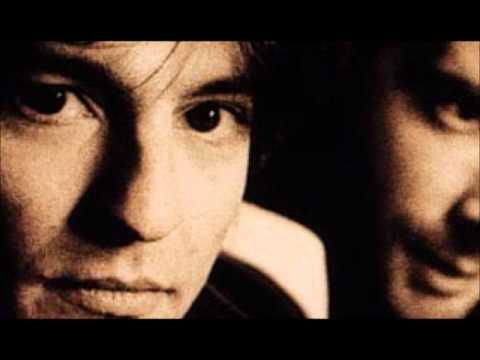 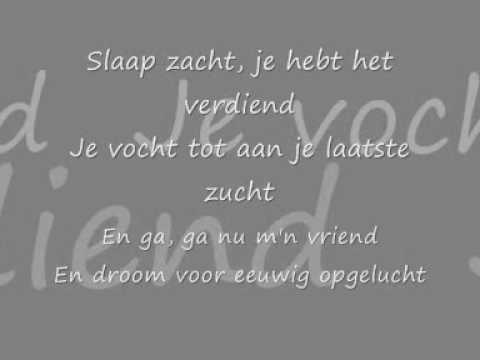 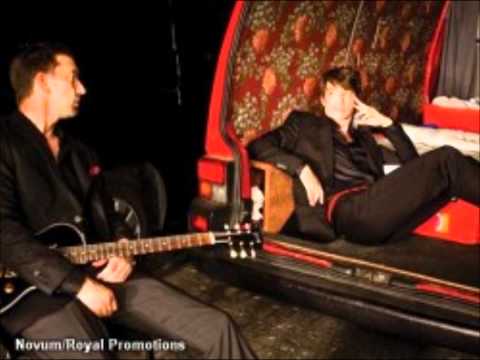 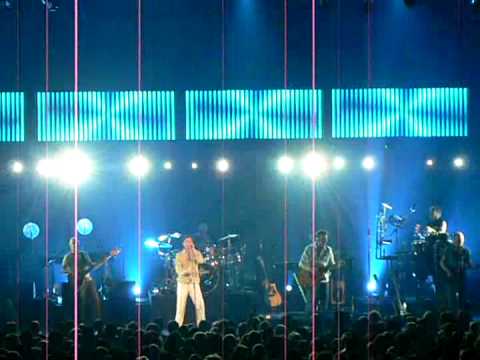 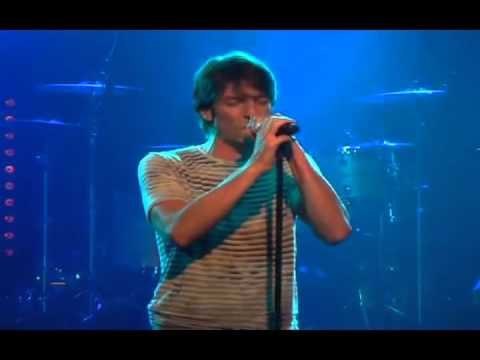 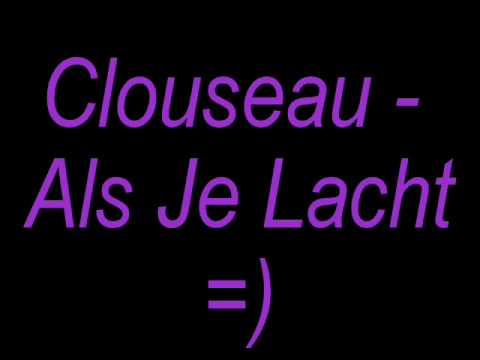 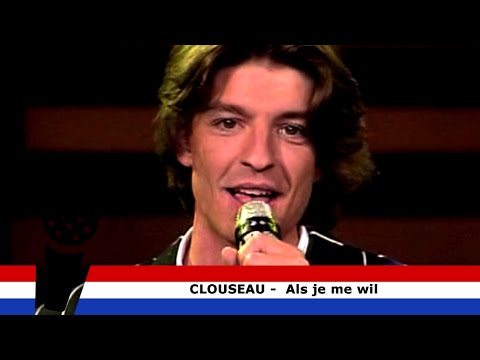 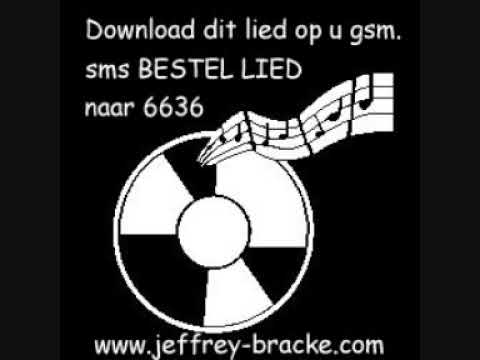 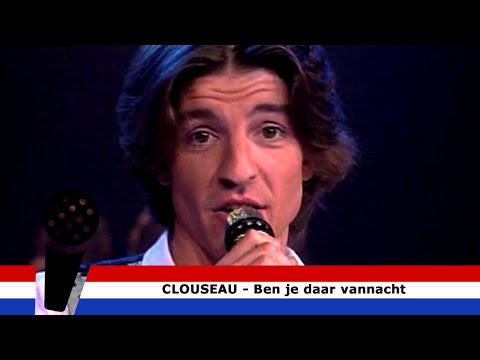 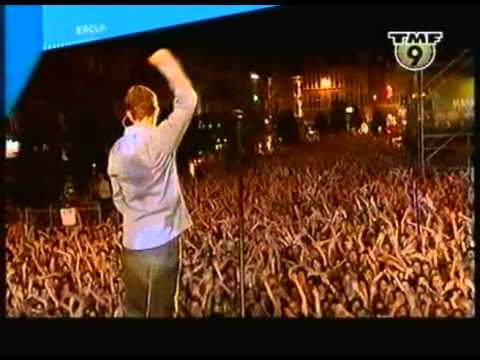 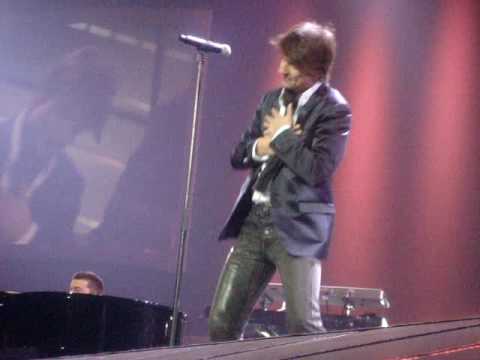 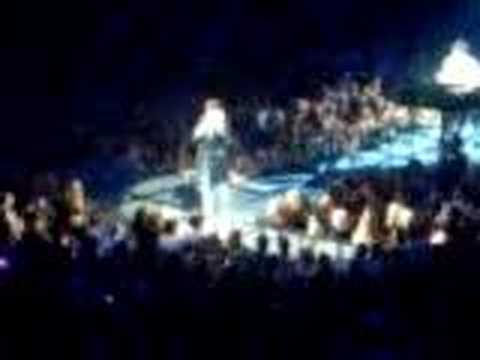 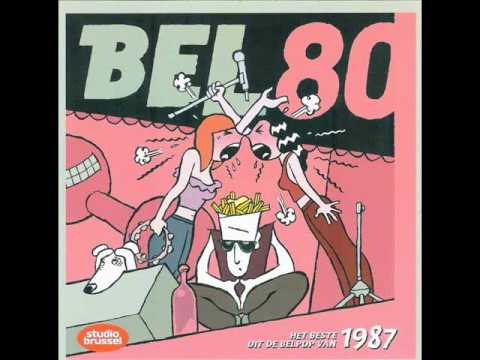 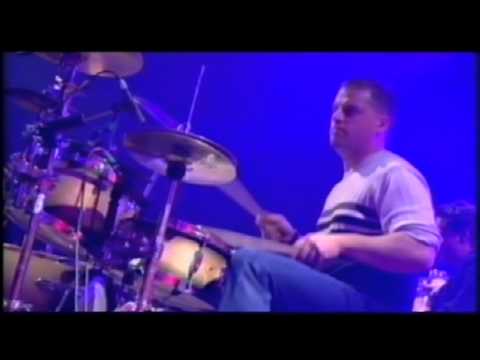 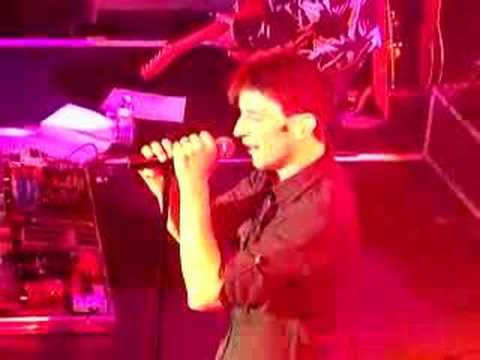 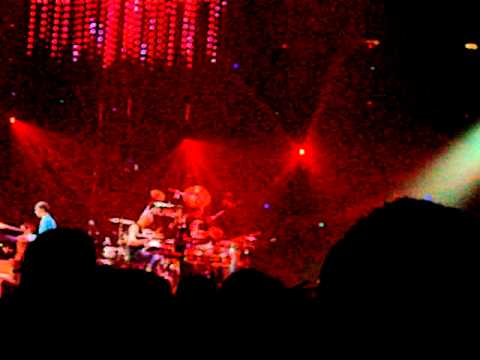 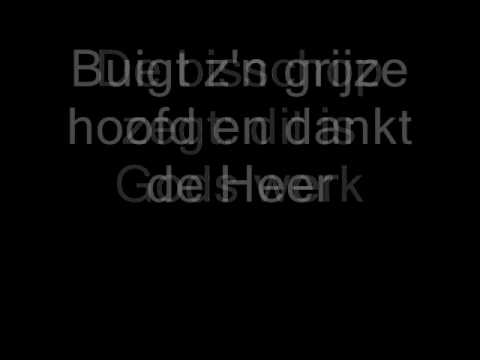 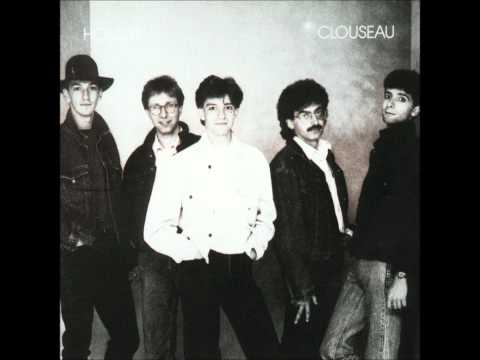 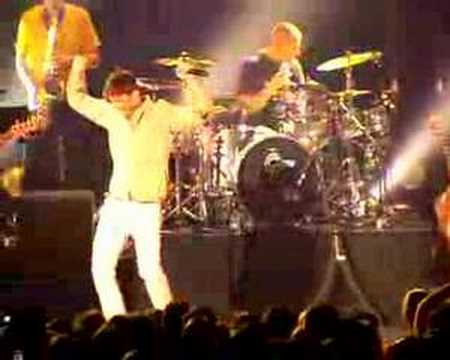 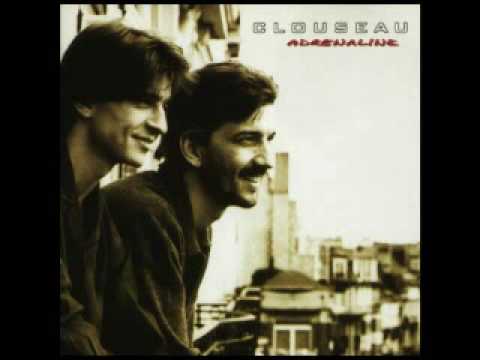 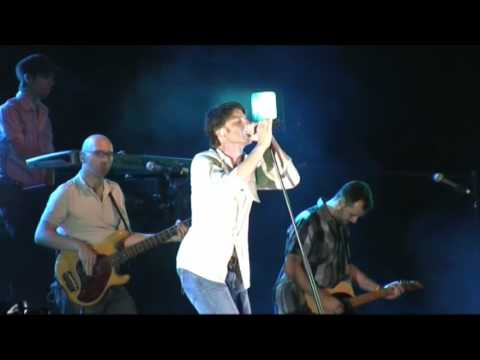 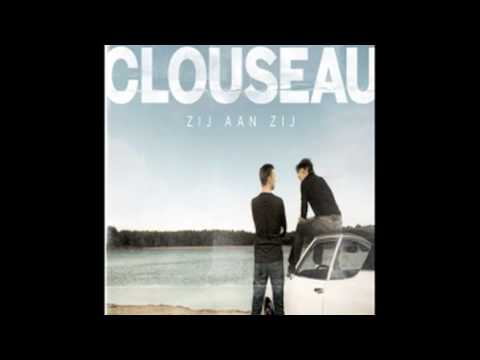 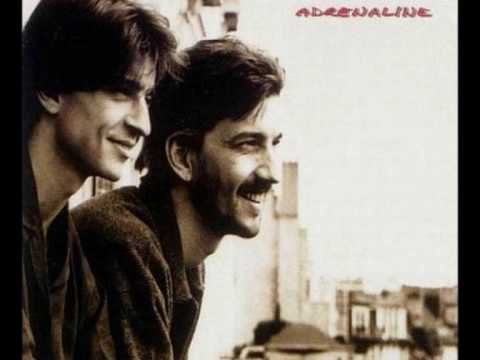 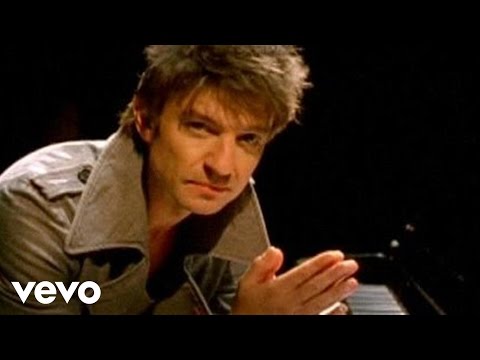 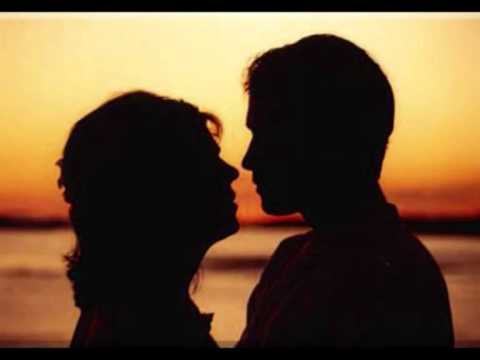 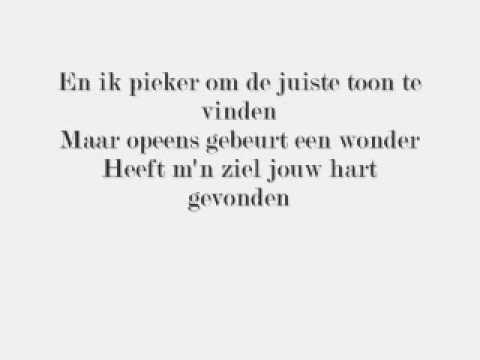