Clan of Xymox (also known as Xymox) blend an eclectic and vibrant mix of darkwave, synthpop, and gothic rock. From the Netherlands, Xymox was established in 1983 in Nijmegen by frontman Ronny Moorings and then live-in Anke Wolbert. Their first EP, "Subsequent Pleasures" added Pieter Nooten afterwards on keyboards and left a mark on an emerging Euro-wave market. A chance meeting with Brendan Perry and Lisa Gerrard of Dead Can Dance led to an invitation to support that band on a UK tour, and the...

Clan of Xymox (also known as Xymox) blend an eclectic and vibrant mix of darkwave, synthpop, and gothic rock. From the Netherlands, Xymox was established in 1983 in Nijmegen by frontman Ronny Moorings and then live-in Anke Wolbert. Their first EP, "Subsequent Pleasures" added Pieter Nooten afterwards on keyboards and left a mark on an emerging Euro-wave market.

A chance meeting with Brendan Perry and Lisa Gerrard of Dead Can Dance led to an invitation to support that band on a UK tour, and then a recording contract with their record label, 4AD.

Their first two full length albums, self-titled "Clan of Xymox" and "Medusa", comfortably settled Xymox into their own niche of blooming melodics and smooth grey lyrical originality, with Ronny's songwriting coming as a fresh and very welcome abstract to the plastic and packaged synthpop of the late 80s. In 1989, Ronny saw a chance to evolve and left 4AD, releasing Twist of Shadows which proved to be their most complete and mature offering thusfar, and was their most successful yet.

With the next two albums, "Phoenix" and "Metamorphosis", fans were left with something of an out of body experience - as Xymox was sounding nothing like themselves. Metamorphosis was truly that however, its failure created a catalyst for Moorings to jump to yet another label, part ways with his bandmates, and pickup Mojca Zugna on bass. Zok records re-released "Metamorphosis" and a new EP - Headclouds. Moorings took a four year break (he worked on 2 CD-Rom games music projects of Domark ) to introspect and write, and gave fans the wondrous gift that is Hidden Faces, admittedly the logical followup to "Medusa".
After leaving Wing in the early nineties, Xymox became the sole signing to the independent label, Zok Records. They released four recordings, primarily in the dance genre: "Metamorphosis", "Headclouds", one remix CD, and they re-released "Subsequent Pleasures".

In 1997, the band reclaimed their original name, Clan of Xymox, and began the work of reclaiming their original sound and glory. "Hidden Faces", produced by Dave Allen (of Sisters fame) and John Rivers (of Love and Rockets note) hearkened back to the 4AD years, and although it did not completely regain the power of their initial sound ( not intended either), it was clearly the best work they had done since "Medusa". This release was followed by a number of American and European dates, including co-headlining the Zillo and Leipzig festivals in Germany. In relation to these intriguing live shows, Pandemonium records released two singles "Out of the Rain" and "This World" which rose to the top 10 in the German Independent Charts.

In 1999, Clan of Xymox signed on with Metropolis Records, and delivered "Creatures" to a public that had been waiting for the true follow-up to 1985's "Clan of Xymox" album for 14 years. "Creatures" not only captures the sound of their amazing debut (which has also been reissued in 1999 along with "Medusa"), but infuses it with the dark rock and Gothic guitar styles of such masterful bands as Andrew Eldritch's Sisters of Mercy.

2000 marked a first for the Clan of Xymox. After thousands of requests from fans for a live album, Clan of Xymox returned with "Live", a double live CD which featured nineteen tracks and two QuickTime videos. All of the tracks were recorded during their Central and South American tour in 1999, and could almost be considered a best of. A re-issue of the ever increasingly hard to find "Subsequent Pleasures" EP featuring many obscure pre-4AD demos, as well as a new single, "Liberty," followed.

Metropolis's second studio album by the Clan of Xymox was 2001's "Notes from the Underground." It combined haunting yet atmospheric synth lines with dark rhythms, powerful beats and lively guitar strumming to yield a release based on agony and anguish caused by being disconnected from society. A double remix CD was released the year after titled "Remixes from the Underground," featuring the mixing talents of Front 242, Beborn Beton, Iris, Assemblage23 and many more.

Clan of Xymox spent the two years following "Notes from the Underground" Combining elements from their past, present, and future, Clan of Xymox mix haunting and atmospheric synth lines with dark rhythms, powerful beats and lively guitar strumming to yield an album based on agony and anguish caused by being disconnected from society ( as described by musicfolio) to work on their next record, "Farewell," which was released in 2003. "Farewell" yielded club-friendly songs sitting comfortably along side moody atmospheric tracks to create a hybrid which can only remotely be described as Dark Goth Electro. The basic theme that runs through "Farewell" is about leaving everything behind and going away, which can be exhibited through the lyrics that tell the sad and bitter tales of love and relationships.

One year later, the band released their first 'best of' CD simply titled, "The Best of Clan of Xymox." In the words of Ronny Moorings, "…The most difficult task was to pick the best of songs…but with the help of our fans who voted for their favorite songs on-line we finally got the resulting tracks… Whilst listening to the final running order as listed here I just got swept from period to period, remembering all kind of people and situations. I am sure you too will have memories with certain tracks, so all I want to say to you now is: cherish your moments in life!"

For 2006, Clan of Xymox released the "Weak in My Knees" digital single as a precursor to the upcoming full length, "Breaking Point." The new album exhibited a more mature sound than on its predecessors, and leaned more towards dark rock than gothic rock. Subtle keyboards overlaid with guitars and live drum sounds were the focal points of the release. However not to be outdone by the music alone, Ronny Moorings’s deep sensuous vocals accentuated the music and brought forth the deeper meanings of the songs - such as in "Calling You Out," "Eternally" and "We Never Learn."

2008 saw the first (European P.A.L) )release of their first double DVD, including videos,clips , live performances and an interview with Ronny Moorings

2009, before the release of the actual album the band released digital only singles for "Heroes" and "Emily" as teasers. In the band’s twenty fifth year, Clan of Xymox presented "In Love We Trust." The stunning opus adroitly combines the early melancholic 4AD sound of the band with the glimmering synthesizer sounds of the 90s and the power of classic darkwave. Past and present were perfectly combined to showcase the music that has kept Clan of Xymox relevant and popular after all this time.

With this release, Clan of Xymox demonstratively returned to its roots while nevertheless remaining up to date. After spending the past two and a half decades forging a path for others to follow in the dark music scene, "In Love We Trust" proves above all that their creative potential is a long way from coming to an end.

Clan of Xymox has become now - a velvet lined room smelling of roses and clove, the distant chime of crystal engaging crystal, and the slow lilting line of smoke forming nameless shapes as it draws you ever in.

2011 " Darkest Hour" was released, according to poponaut : Ronny Moorings’ passion for huge, sensual melodies, mystical sound experiments and seductive dance rhythms is as unbroken as it ever was. Melancholy, energy and determination rule “Darkest Hour”, a record whose tracks “My Reality” or the hypnotic club hit “Delete” will work on any dancefloor, but that also delivers gripping entertainment and world-class Goth hymns with “Dream Of Fools” or the breathtaking “Wake Up My Darling”. Crowned, as usual, with Ronny’s unmistakable vocals instilling the necessary dark passion into his Dark Wave elegies.
End December 2011 (USA) and early 2012 in Europe The track "In Your Arms Again" from the lastest album " Darkest Hour" was included in the David Fincher's film "The Girl With The Dragon Tattoo" starring Daniel Craig & Rooney Mara, a remake of the book by Stieg Larsson.

October 2012 saw the release of “Kindred Spirits”, true to its title, Ronny Moorings did not exorcise a new CLAN OF XYMOX studio album, but assembled an intimate, strongly biographic collection of cover songs. A time travel back to the artists’ musical idols, influences and soul mates.

In 2014 a brand new studio album named" Matters Of Mind, Body And Soul", was released. The album explores COX's signature, melancholic sound, as evidenced by standout tracks such as “I Close My Eyes” and “Love'S On Diet" or the dark brooding " The Climate Changed".
CLAN OF XYMOX pull out all the stops and deliver energy, ideas and creativity as if they were about to release their debut album – and not their 15th studio work. „She is Falling in Love“ shines with lost melodies and vibrant electronics as if Ronny Moorings made a song with DEPECHE MODE, „Kiss and Tell“ shyly kisses the Wave era on the cheek before daring a fatal love affair with classic Goth dreaming.
„Matters of Mind, Body and Soul“ melts contrasts like these into a coherent, harmonious, passionate album that would have become one of the genre's biggest milestones 20 years ago. Yet, thanks to Ronny Moorings ingenious craft, even today this album manages to reach a goal that has long become unreachable for other contestants of this art form: To deliver a timeless, deeply emotional Gothic record.

A worldwide tour followed in 2014 including Australia as well.

In September 2014 , 3 tracks of Clan Of Xymox's first Debut album were taken for a USA released movie " The Guest". A soundtrack album will also be released. Among the other artists like Sisters Of Mercy, Love and Rockets & Front 242. The Guest (2014) is an American psychological thriller film, directed and edited by Adam Wingard, and written by Simon Barrett. The film stars Dan Stevens, Maika Monroe, Brendan Meyer and Lance Reddick.

Clan Of Xymox keeps touring in 2015 and has world wide tour dates announced till the end of 2015 on their home page. 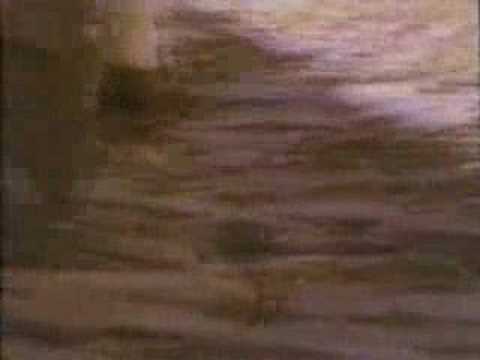 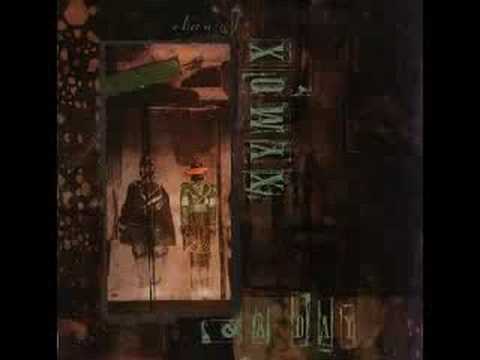 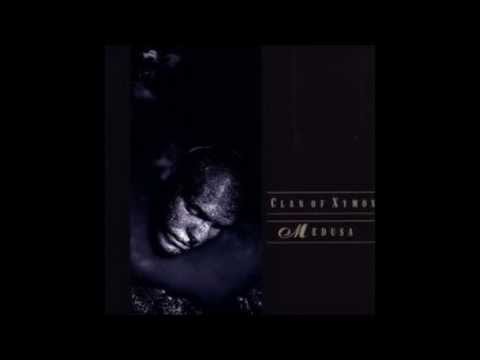 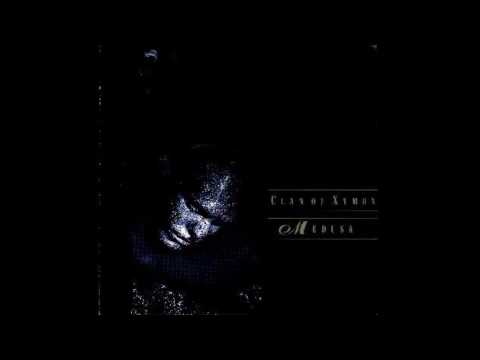 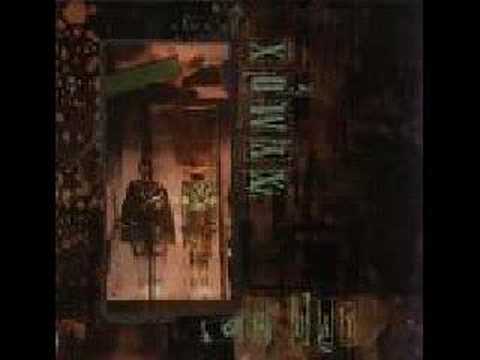 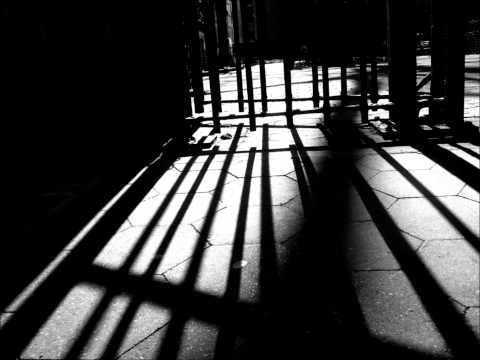 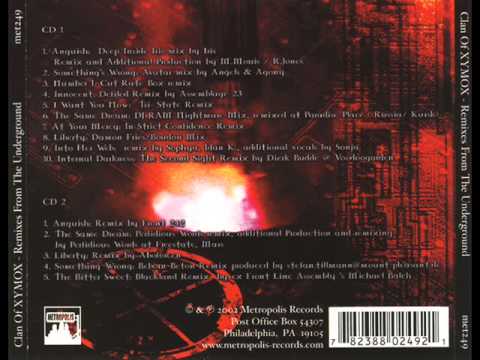 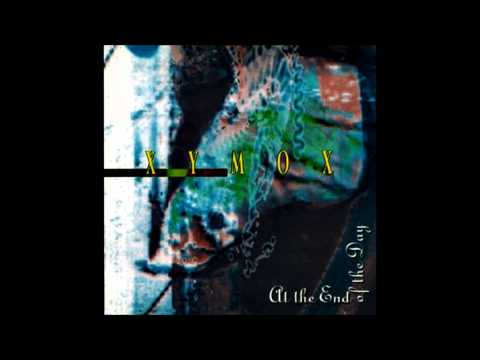 At the End of the Day (Endless Day mix) 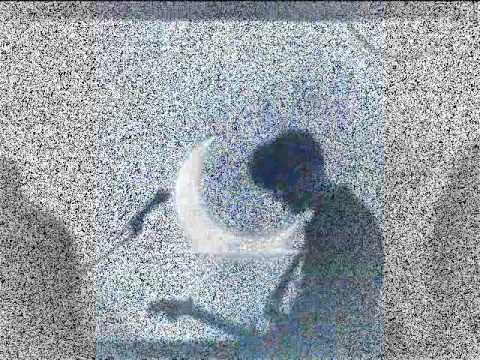 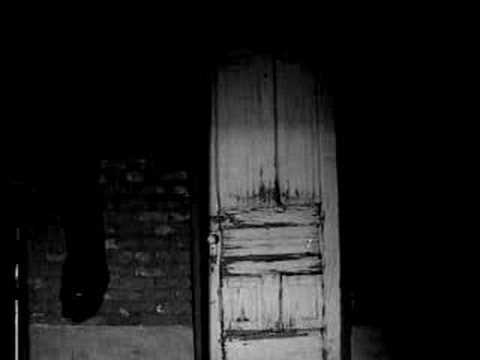 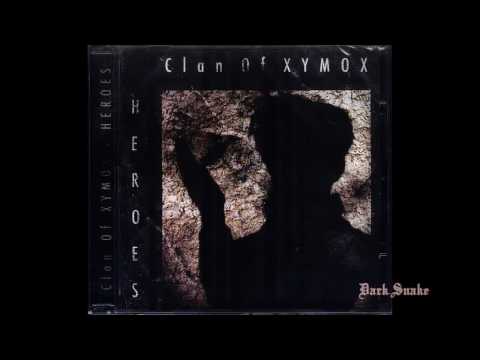 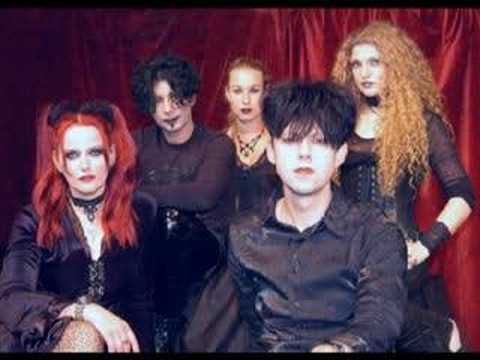 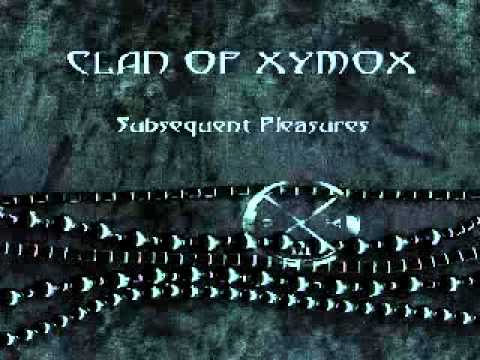 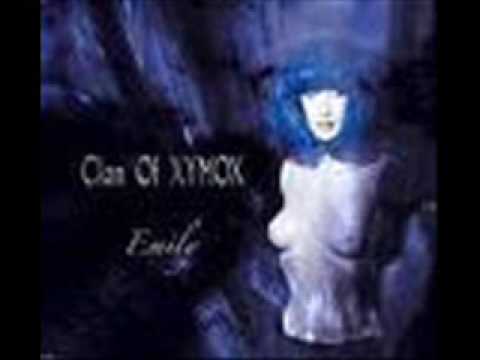 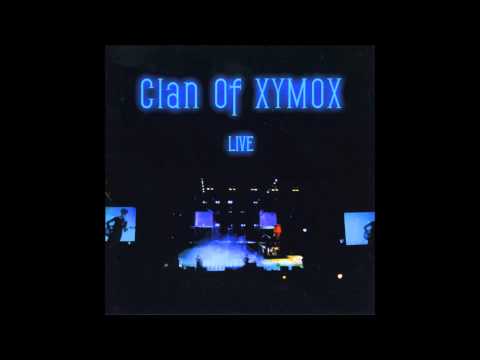 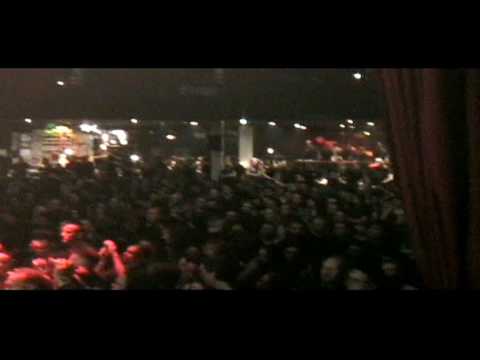 Cry in the Wind 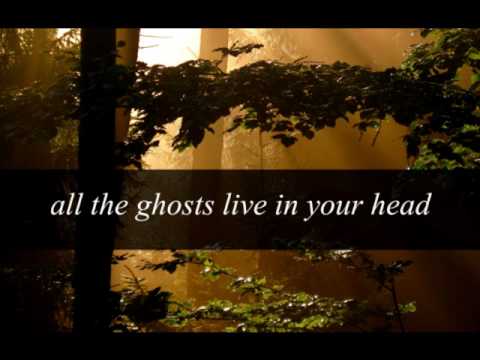 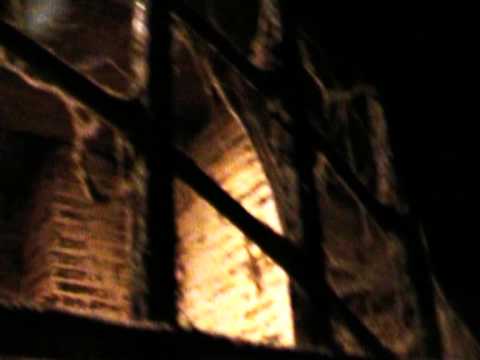 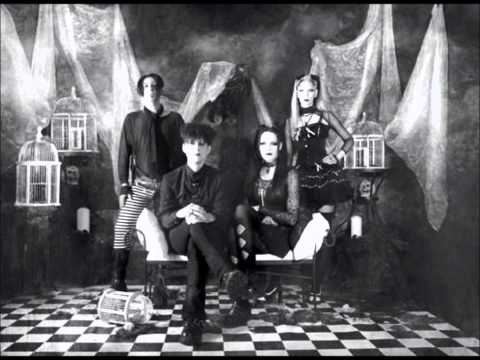 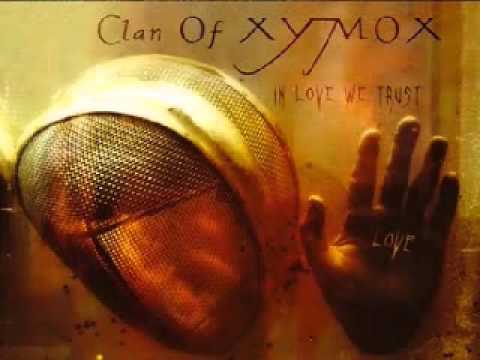 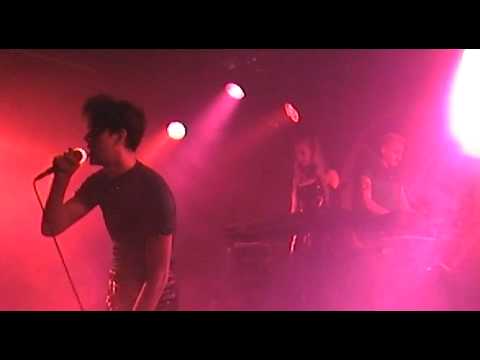 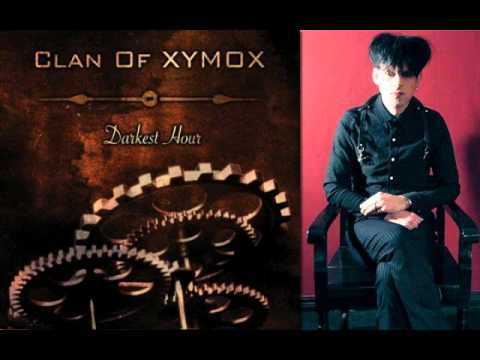 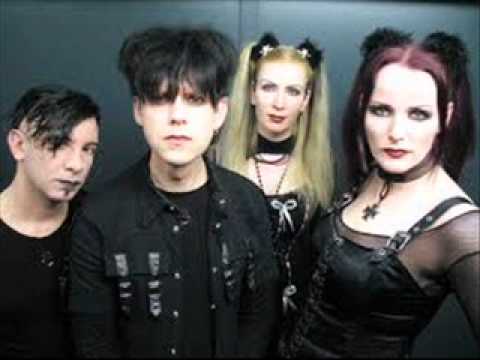 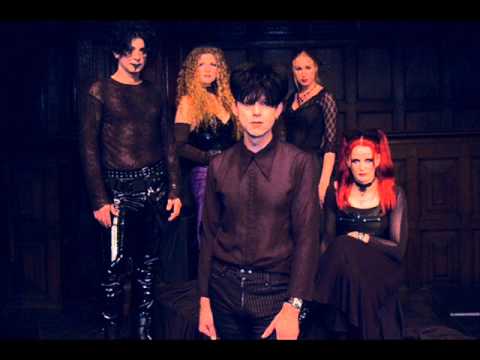 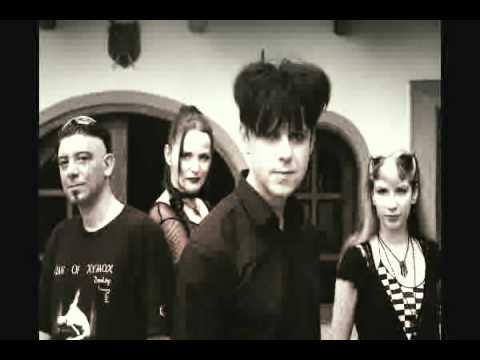 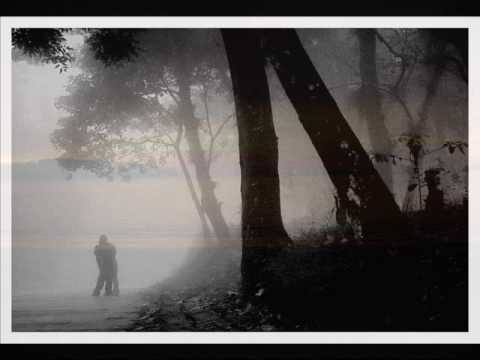 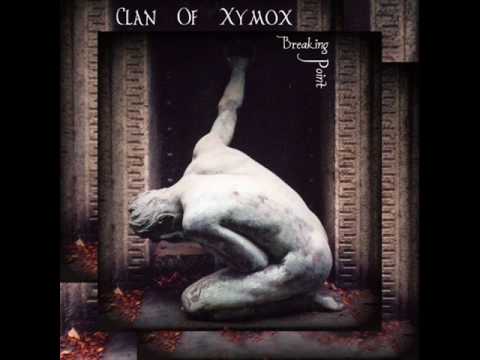