Bush may refer to at least 2 artists: 1. A British post-grunge band 2. A Canadian rock band 1. Bush is an English alternative rock band formed in 1992. The group chose the name "Bush" because they used to live in Shepherd's Bush, London. Their first album, Sixteen Stone (1994), was a huge commercial success. Almost overnight, Bush went from playing small pubs in London to headlining arenas in the US, the result of extensive promotion on MTV and non-stop touring. Critics labeled them as an inf...

Bush may refer to at least 2 artists:

1. Bush is an English alternative rock band formed in 1992. The group chose the name "Bush" because they used to live in Shepherd's Bush, London.

Their first album, Sixteen Stone (1994), was a huge commercial success. Almost overnight, Bush went from playing small pubs in London to headlining arenas in the US, the result of extensive promotion on MTV and non-stop touring. Critics labeled them as an inferior derivative of bands such as Nirvana and Pixies, and this criticism followed them throughout their career as a band. In particular, Rossdale's throaty singing voice and random, stream of consciousness-style lyrics were dismissed by some as an imitation of Nirvana's lead singer, Kurt Cobain. Although the band reached superstar status in the U.S., they failed to have much impact on the Britpop riddled UK charts, the lone exception being their single Swallowed, which reached #7. A change in record labels, management and an extended hiatus did not bode well for the band, who unofficially split in 2002.

Frustrated by the disappointing sales of Golden State (their fifth album, in 2001) and lack of support the band was receiving from Atlantic, the band decided to go on a hiatus. Band members went to work on various other musical projects notably Gavin Rossdale, and his new band Institute.

On June 21, 2010 it was announced that Bush were reuniting. There will be a new album called "The Sea of Memories" (previously named as "Everything Always Now"). Two original members, Rossdale and Goodridge, are joined by Chris Traynor and Corey Britz. The release will be their first indie release since Sixteen Stone, released on Rossdale's own Zuma Rock Records.

In 2005, Bush released The Best of '94 - '99, a greatest hits compilation, and Zen X Four, a CD and DVD which features the band's music videos. Zen X Four was released on Kirtland Records and has its own website.

Bush will release their fifth studio album, The Sea Of Memories, on September 13, 2011. It is the band's first studio set in ten years, the first Bush album released on E1 Records and their first venture away from Interscope, who handled all of their previous releases. (Sound Of Winter Songfacts).

The track The People That We Love was featured in the game Need For Speed: Hot Pursuit 2.

In Canada, Rossdale's band was once known as Bush^X, because the 1970s band Bush, led by Domenic Troiano, owned the Canadian rights to the name. In April 1997, it was announced that Troiano had agreed to let them use the name Bush in Canada without the exponent X, in exchange for donating $20,000 each to the Starlight Foundation and the Canadian Music Therapy Trust Fund.

2. Bush was a 70s Canadian Rock band signed to RCA in Canada and Dunhill Records in the USA. The members were previously in Mandala and toured with Three Dog Night and Steppenwolf. The Canadian Bush forced the British Bush were forced to release their albums in Canada as Bush X.

Bush was a Canadian rock band in the early 1970s, which evolved from the respected club act Mandala.

Mandala had a minor Canadian hit with the song "Love-Itis". Bush consisted of ex-Mandala bandmates Domenic Troiano, Roy Kenner, Hugh Sullivan and Pentti Glan, plus Prakash John. The group released a single eponymous album in 1970. The band recorded on the RCA label in Canada and Dunhill in the US, and toured with label mates Steppenwolf and Three Dog Night. Three Dog Night released one of their songs, "I Can Hear You Calling" as the B-side of their successful single "Joy to the World". The song, co-written by Troiano, Kenner, Glan and Sullivan, also appeared on Three Dog Night's Naturally album. Bush was short-lived as a band, but had some influence among musicians for their jazz-influenced rock.

Bush became newsworthy again in 1995, as the result of an intellectual property dispute with the British alternative band Bush. As Troiano still owned the rights to that name, the British band were forced to release their albums in Canada as "Bushx". In late April 1997, Troiano and Gavin Rossdale reached an agreement under which Rossdale's band was permitted to use the name Bush without the letter X, in exchange for donating $20,000 each to the Starlight Foundation and the Canadian Music Therapy Trust Fund.

All of the band members continued in music after the breakup of Bush. Kenner and Troiano joined The James Gang, following the departure of Joe Walsh. They performed together on the albums Passin' Thru and Straight Shooter, after which Troiano left to join The Guess Who. Kenner stayed with The James Gang, then with lead guitarist Tommy Bolin, for two further albums, Bang and Miami. John and Glan became session musicians, who also toured with Alice Cooper and Lou Reed. Troiano later developed a successful solo career, which also included Kenner at various times. John later fronted a Toronto-based rhythm and blues band, The Lincolns, which continues to play today. In 2005, Domenic Troiano died at the age of 59, from prostate cancer.
Pentti Glan a.k.a. Whitey Glan (July 8, 1946 – November 7, 2017) Read more on Last.fm. User-contributed text is available under the Creative Commons By-SA License; additional terms may apply.

40 Miles From The Sun 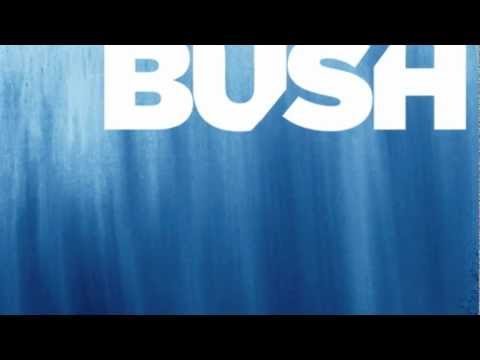 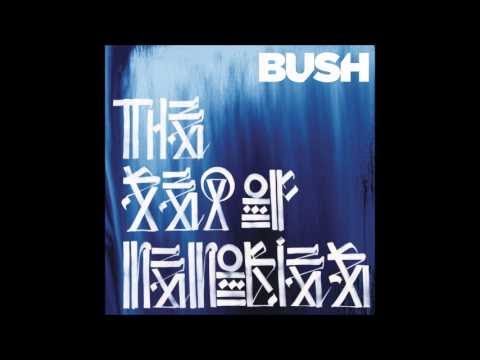 Be Still My Love 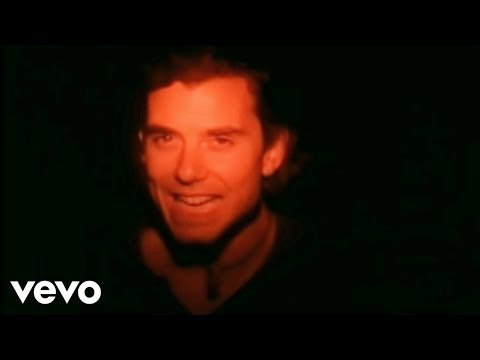 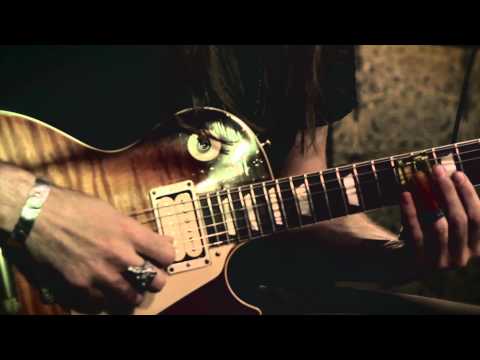 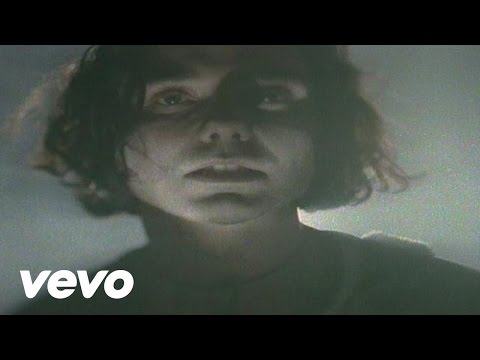 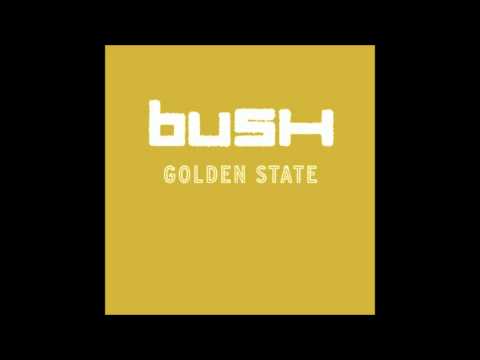 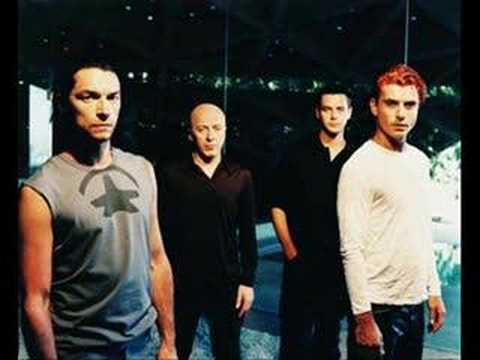 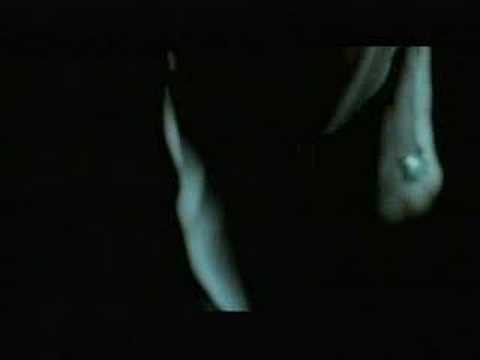 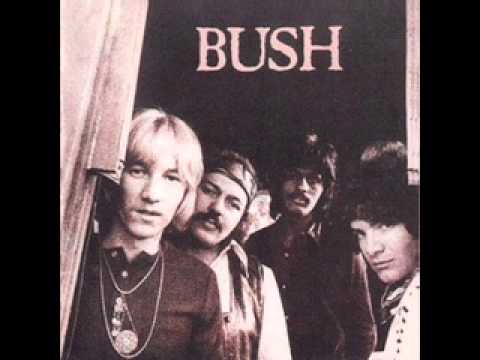 I Can Hear You Calling 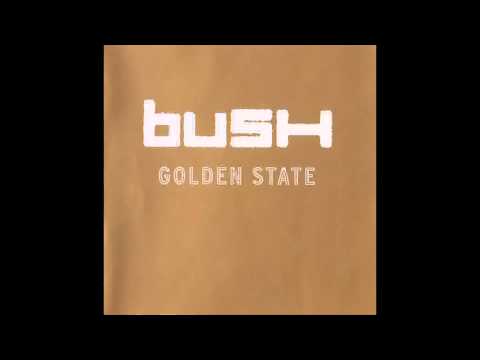 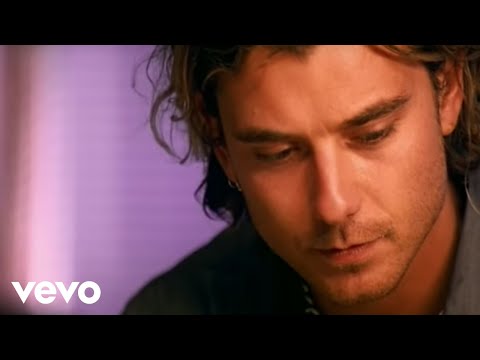 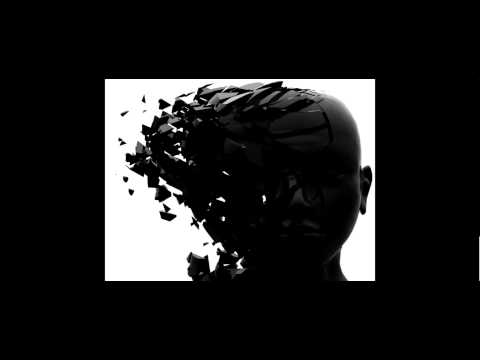 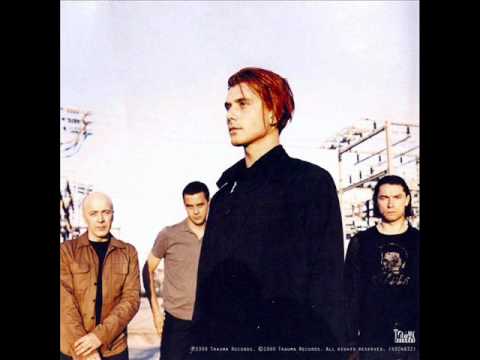 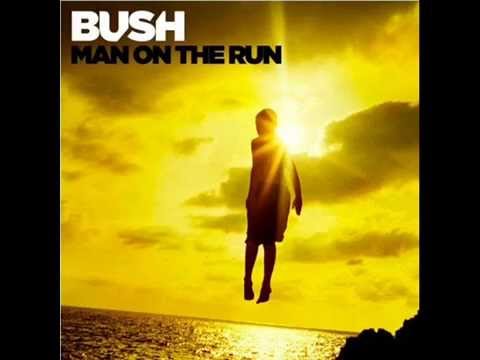 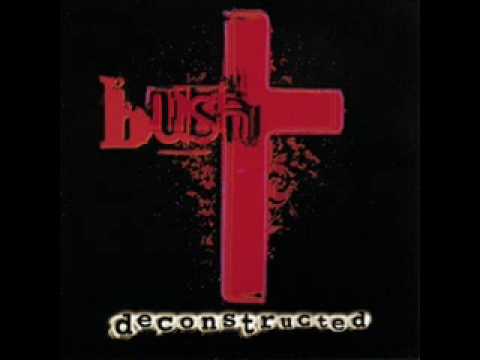 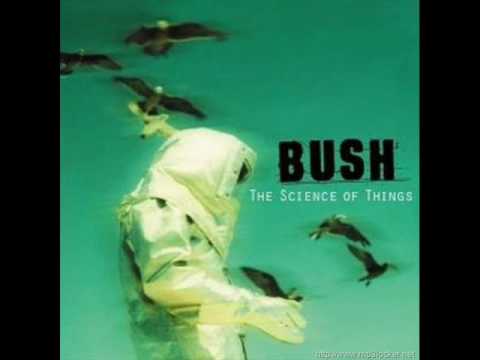 The Chemicals Between Us 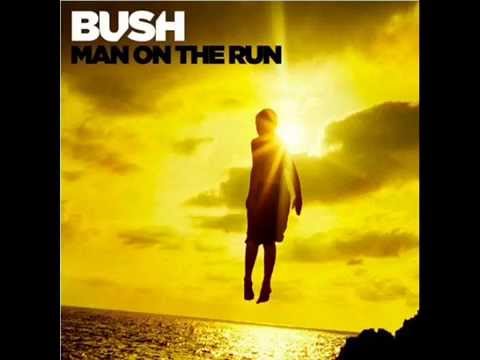 This House Is On Fire 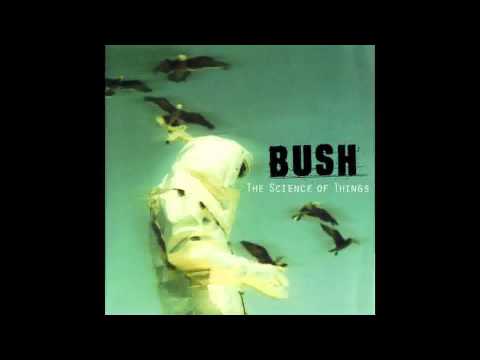 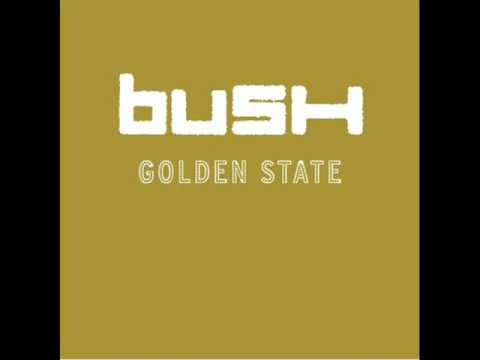 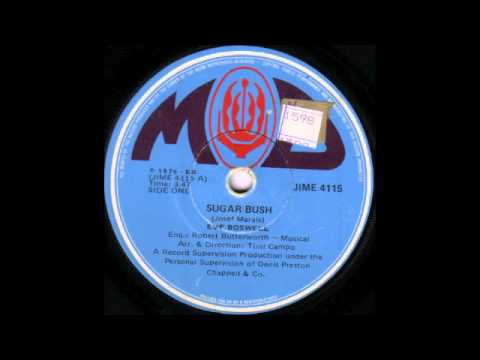 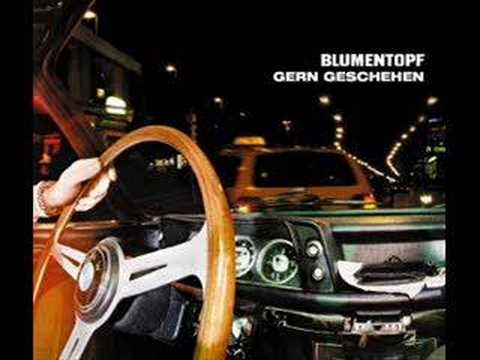 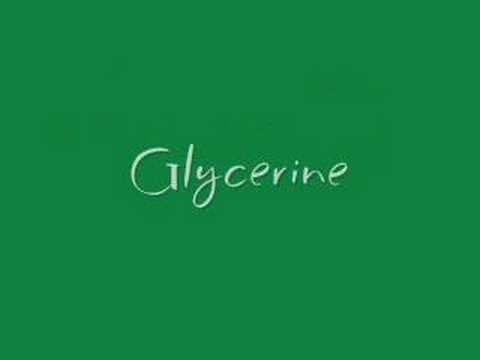 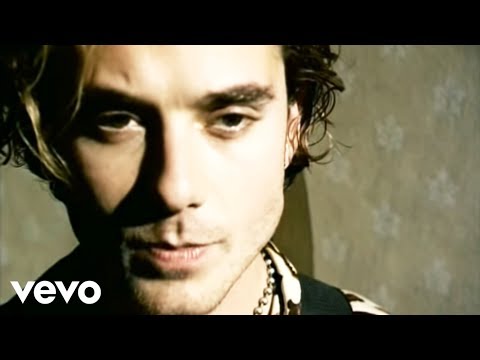 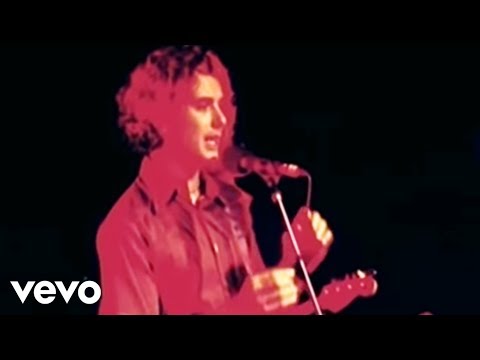 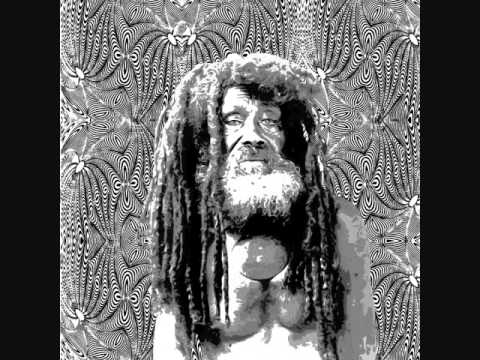 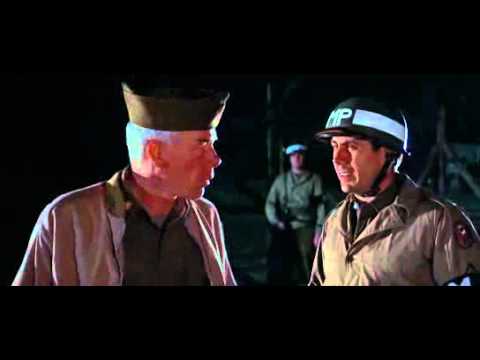