Introduction: For the last 8 years, Bobina (aka Moscow-based DJ, producer & record label impresario Dmitry Almazov) has been at the forefront of Russia’s electronic dance breakout. His DJ adventures have taken him around the planet numerous times, playing tent-pole events including Global Gatherings, Gatecrasher Summer Soundsystem, Trance Energy, and the Winter Music Conference. Spinning close to 100 block-rock sets every year, it has seen DJ Mag rank and re-rank Bobina as one of the 50 biggest...

Introduction: For the last 8 years, Bobina (aka Moscow-based DJ, producer & record label impresario Dmitry Almazov) has been at the forefront of Russia’s electronic dance breakout. His DJ adventures have taken him around the planet numerous times, playing tent-pole events including Global Gatherings, Gatecrasher Summer Soundsystem, Trance Energy, and the Winter Music Conference. Spinning close to 100 block-rock sets every year, it has seen DJ Mag rank and re-rank Bobina as one of the 50 biggest spinners in the world for the last 4 years running. On the production front he has released numerous singles and 4 critically acclaimed artist albums, all of which prompted Ferry Corsten to call Bobina “one of the most talented music producers ever to come out of Russia”. Through his World Club Music label operations, Bobina’s also played a major catalysing role in the careers of Armin van Buuren, Tiësto & Above & Beyond inside the Federation, releasing their artist albums throughout the caucuses.

Bobina - The Producer: Taking the name from the Russian word for a reel-to-reel tape, Bobina sprang to life in Moscow in 2003. Moving the act swiftly towards its first album, he released his freshman long-player, ‘Catchy’ in 2004. Bobina’s sound spread wildfire-like across his home country, turning ‘Catchy’ into the country’s first #1 electronic dance album. ‘Lazy World’, the first single taken from it was signed to the DeepBlue label in the UK and marked the first international step in Bobina’s career. In 2005 Dmitry followed this up with the vocal anthem ‘September Rain’ under the moniker Zenon. With A-list DJs Ferry Corsten, Paul van Dyk, and Paul Oakenfold wasting little time in picking up on the track, it was signed to the NewState/Maelstrom music group for a UK release. This deal ultimately paved the way for Dmitry to sign Bobina to the highly respected imprint. His 2006 follow-up album ‘Beautiful Friend’ posted week-1 sales in Russia of over 10,000 units and the video for the single of ‘Beautiful Friend’ made the Russian and the UK’s MTV network hotlists. After taking time out to begin establishing himself as a remixer (see below), in mid-2007 Bobina pushed forward with production on his third album, ‘Again’. ‘Lighthouse’, the first single taken from it enjoyed heavy airplay across Europe and earned Bobina the ‘Most Rotated Artist’ accolade at 2007’s RDMA’s (Russian Dance Music Awards). ‘Slow’ - an electro-trance cover of the Kylie Minogue hit - followed it in April 2008 and set the scene for the release of ‘Again’ the following month. Selling over 40,000 units in the first 3 months of release, it became Russia’s best & fastest selling electronic dance album to date. It has gone on to spawn the singles ‘Invisible Touch’, ‘Time & Tide’, ‘Lighthouse’ & ‘Honestly’. In September of 2009 the album for followed by ‘Again Remixed’. Featuring reworks of all the album’s tracks, it prompted DJ/producers like Ferry Corsten, Gareth Emery, Sean Tyas & First State to contribute reworks. In November both ‘Again’ and ‘Again Remixed’ were re-packaged to form a 2xCD set ‘Again – The Special Edition’ for the UK’s Maelstrom Records label. This made Bobina the first Russian electronic music artist to release an album outside their home country. Most recently with ‘Rocket Ride’ - his fourth studio album - Bobina commemorated the 50th anniversary of Yuri Gagarin’s first manned space expedition. In July 2011 the album took flight and saw Bobina dominate both radio waves and club floors with the singles ‘Angel of the North' and ‘You Belong To Me’.

Bobina - The DJ: Spinning an evocative, floor-combusting combination of vocal & instrumental trance, he’s brought the Bobina sound to tent-pole events like The Winter Music Conference (2006), Trance Energy (2007), Gatecrasher Summer Sound System (2008), The World DJ Festival (2011) and Global Gathering (2009-2011). In 2010 he played an estimated audience in excess of 60,000 at the Moscow Day celebration in Lubyanka Square. He was one of only a few deck-practitioners to be handpicked by Tiësto to support him on his ‘In Concert’ tour. In 2008 at the RDMA’s Bobina was recognized as The Audience’s Best DJ. In October of 2009 he took over Moscow’s legendary Gaudi Club for his first spotlight DJ concert. Bobina Extended saw him thrill a home city audience of over 3000 with a 4 hr set performance, making him the first DJ from the country to do so. Notably Bobina was also the first Russian DJ to appear in the DJ Mag Top 100 chart. In 2008 he debuted at no.28 and, as of 2011, has now spent 4 consecutive years ranked as one of the 50 biggest DJs in the world.

Bobina - The Remixer: Aside from his original production work, Bobina has carefully honed his craft as a remixer. Following the release of ‘Beautiful Friend’ he locked himself into the studio for almost two straight years perfecting the art and working on remaps. He has subsequently remixed artists such as Oakenfold, Armin van Buuren, The Thrillseekers Supermode (Axwell & Steve Angello) and for world famous labels such as Ministry of Sound, Perfecto, Armada and Nebula. In 2008 he reconfigured Morandi’s ‘Angels’ for Universal Music, with the track going on to become Russia’s most successful single music release of that year. Most recently he has remixed JES and Ronski Speed’s single ‘Can’t Stop’.

Russia Goes Clubbing – The Bobina Radio Show: Beaming out around the Russian Federation through the country’s leading DFM network, Russia Goes Clubbing is Bobina’s once-a-week, every-week snapshot of what is making the country’s cities boom. It is broadcast through stations in 50 of the biggest cities in Russia and has a listenership of a staggering 10 million+ dance fans. RGC also has a massively popular podcast edition, which is downloaded by Bobina fans in all four corners of the globe. In late 2011 the show expanded it reach further, when Ukrainian station KissFM began broadcasting it weekly across its network. Read more on Last.fm. User-contributed text is available under the Creative Commons By-SA License; additional terms may apply. 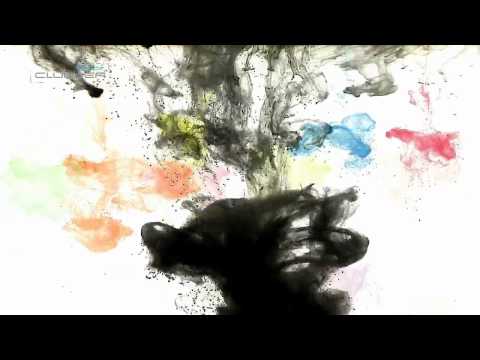 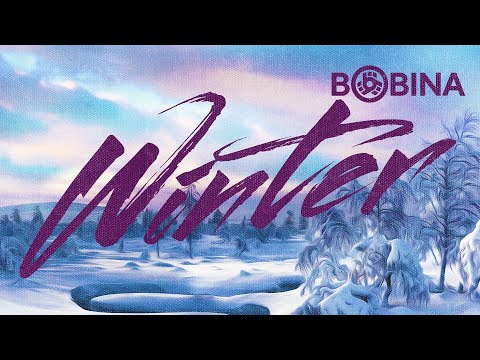 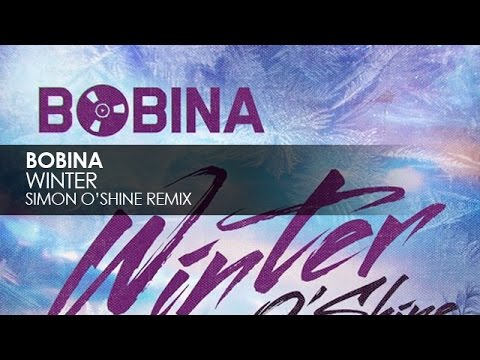 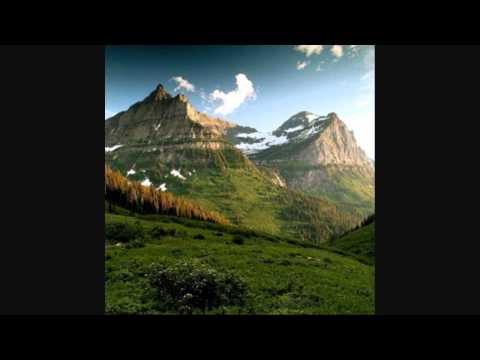 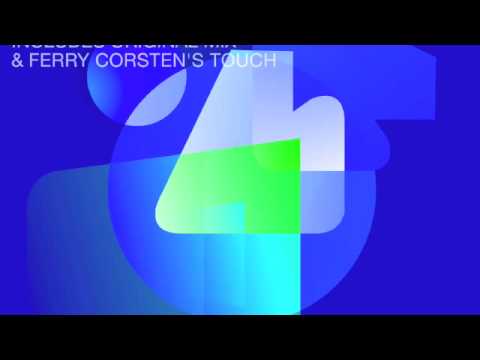 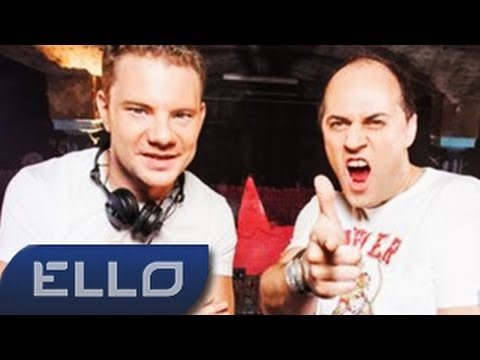 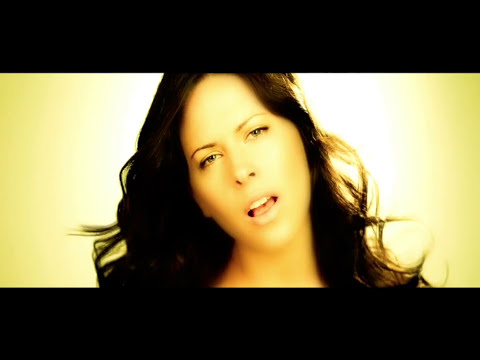 Bobina & Betsie Larkin - You Belong To Me (Official Music Video) 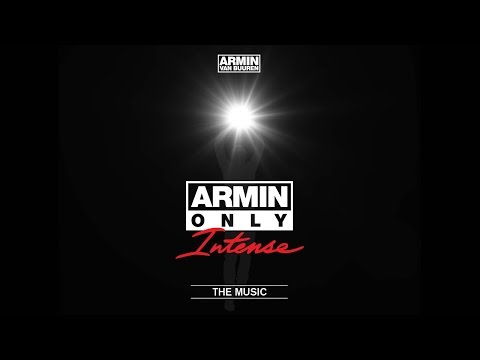