BLODARV started as the solo-band Band of Hugin,but Its hard to say when BLODARV Started taking form, as It was developed through the bands Hugin played in from 1994 to 1999 (SKJOLD,ARANRUTH, ESSOUPI,etc.) The first recordings for BLODARV were created in:1999. this was the first demo-Cdr. called "Murder in the name of Satan"in 1999/2000.. But to give an examples track like : "Under Satan's vinger" (Witch features on" Murder in the name of Satan"-Cdr. ") was a track created back in 1998. Many of...

BLODARV started as the solo-band Band of Hugin,but Its hard to say when BLODARV Started taking form,
as It was developed through the bands Hugin played in from 1994 to 1999 (SKJOLD,ARANRUTH, ESSOUPI,etc.)
The first recordings for BLODARV were created in:1999. this was the first demo-Cdr. called "Murder in the name of Satan"in 1999/2000..
But to give an examples track like : "Under Satan's vinger" (Witch features on" Murder in the name of Satan"-Cdr. ")
was a track created back in 1998. Many of the Ideas and especially some of the lyrics on "Murder in.."-are actually pretty old-
(Another example is the lyrics to"Six feed below as she wished for Death", witch were created in 1996)
And in all There are many parts from different years on both "Murder in" And "Mysteriis"(Last-mentioned is the Second demo)..

"Murder in the name of Satan" (Demo#1) HP 010
This first demo-CD where as mentioned released in 1999. on Hugin-Productions with full color-cover and Lyric-sheet..
It contains 6.tracks of BlackMetal mixed with industrial, classical and ambient parts. Really dark Demonical and Evil Music and poetry,
and in all very unique… On this first demo-CD, There are used many different influences since these elements were important to express the
thoughts, ideas and visions of BLODARV through the music…both Classical and Industrial parts were also used on this first demo-CD.
The Music and poetry is the very essence of thoughts, Souls , Witches, Demons and visions of BLODARV,
But it also the tale-bringer of the unspoken words beyond life..BLODARV is as a Wire between the unknown and "reality",..
the powers that has been pulled down in BLODARV are very strong, and in all, the lyrical Universe of Blodarv, is a very special form,
and all of the lyrics are written as poems of really strong emotions... Nothing is "easily" made, and everything has been thought of well,
and been under a long process on its way to the final result. BLODARV has managed in creating a lyrical experience for the mind of the reader/listener,
like a good fairytale or adventure. A travel into other dimensions, a travel into the Mystical Universe of Blodarv..

"Mysteriis" (Demo#2) HP 011
the second demo-Cdr.-release, where recorded From 1999 to 2000 and contains Many months of work, soul, blood sweet and tears
which has been put into this release.."Mysteriis" took about 5 hours at day for 11 months. To complete ..That values up to about:
1,700 hours of hard psychological and physical work laid into this release. The poetry and the stories on "Mysteriis" is a dark travel into the Mystical Universe of Blodarv..A Universe full of terrifying destiny's, strange visions and sacrifices ,haunting tales from a long forgotten past And a universe full of Strong Breathtaking and possessing forces, witches, and demons, that lives eternal..The Response on "Mysteriis" was really good.. It received positive reviews worldwide, which resulted in it selling out of the first copies very fast..
it was originally printed in 432.copies with full-color cover, but they sold out within the first 3.months,and a Black/white-version were printed unlimited right after.

when "Mysteriis" where original released BLODARV was already recording new tracks for the next release entitled "Beyond life" released as a Cdr.
out on "Hugin productions" in July 2002..This was the first release to feature new member of BLODARV :Isaz from FEIKN (And Denial of God) on female vocal…

BLODARV "Beyond life"
is the continuing tale of Nitiria Amlech-and her children..is the ´dark tale of The death of Linaria, (witch left this world by her own hand in January 2002) It focus on life-death-and what comes after..It is a very personal story that is very hard to explain in general words, but It can be done through music and poetry and the release does just that.. Linaria was a queen of witches, and the emotions-sadness-joy-and powers that where released by her death are represented on "Beyond Life"
..the words are written as the story developed..-as she choose to follow the road to the stars and to take her own life to enter the kingdom of Souls that Haunts forever.. the Cdr. "Beyond Life" is 16,minutes long( as it orig. was supposed to be released on 7"EP)..These new tracks are fucking Mind-rippers,that will leave you Possessed by the Demons of BLODARV..SO BE WARN!!

After 3.and a half year of constantly working on new tracks recordings, and Record-deals, BLODARV Finally Expanded to a bigger line-up..
From Early In the year of 2002,The line-up of BLODARV became (as written above) :
HUGIN, HUUL, ISAZ.(Isaz joined a year before as a full member on the recordings of "Beyond Life")

BLODARV Played their first Concert in "Bornholms Musikhus".. with session musicians on drums and guitar..The review were very positive..
Click in here to read about the concert :

Then after sending out the BLODARV Demo "Beyond life" to a couple of company's in 2004(As there really hadn't been time for this before now), BLODARV made a deal with Breath of pestilence records (That also released BLODARV "Heksen" EP in 2003), on releasing "Beyond Life" on Vinyl in 7 "EP format, so finally This release was released the way it was original supposed to, and recorded for : the 7" EP format..
You get a very unique EP with killer double-printed layout, hand drawings, Lyrics and Linarias last letter inside cover..Also as the "Heksen" EP, The "Beyond Life" is a limited release..

in September 2004 the full length album from BLODARV entitled "Soulcollector..The thousand years tale" was released on Northern Silence Productions on pro CD. with a 16.pages booklet in a killer layout, and a total duration of 55.minutes, this must be concluded to be the best BLODARV release ever! The same Album was released on vinyl later this year on a 12"LP with an extra 7"EP
included, due to the long play-length of the release.. Also there was an A2 fulcolour poster included + a special bonus track entitled "The long road of death" If you want to know more about the "Soulcollector" Album click on Hoover button

The latest news of BLODARV is that The "Linaria Amlech" CD is out now availeble in normal or digi-pack.
Click here for more info

And that BLODARV Has finally found A perfect new member on Guitar.The New members name Is PEST, and he joined the band in Juli 2006.

Few weeks after, BLODARV contacted YNLEBORGAZ to hear if he would be interested in helping out with drums live, He agreed, and right now BLODARV is working intense on getting old and new tracks prepared for live performance. So soon you will meet BLODARV Live. Keep your eyes and ears open, Perhaps BLODARV will possess a town near You in the nearest future 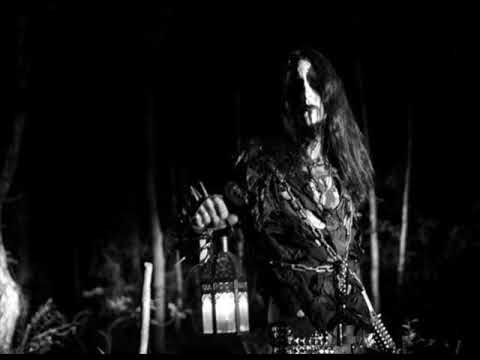 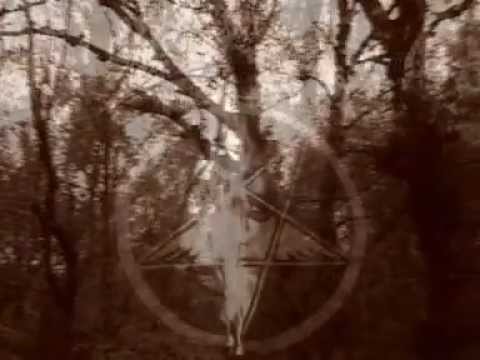