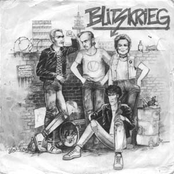 1) Blitzkrieg was formed in October 1980 after signing a record deal with Neat Records. In the early stages of their career they regularly produced gigs in England, but then later split in 1981. Brian Ross most notably went on to join Satan, another metal band, along with stints in Avenger, Lone Wolf and Unter den Linden. In 1984 Ross and fellow founding member Jim Sirotto, along with guitarist Mick Proctor (ex-Tygers of Pan Tang), bass player Mick Moore (of Avenger) and drummer Sean Taylor (Satan/Blind Fury, ex-Raven) then decided that it was time to record the Blitzkrieg album that was originally planned to be released in 1981, A Time of Changes. It was later released in 1985.
The song "Blitzkrieg" was then covered by popular American band Metallica on the Creeping Death EP. Metallica's drummer, Lars Ulrich commented that Blitzkrieg was one of their main influences, along with Diamond Head. Diamond Head is falsely thought to have also done a cover of the song Blitzkrieg, thanks to a mislabeled song spread over the internet; this is actually a version of the track performed by Blitzkrieg which featured on the Buried Alive single (released before the band's original split in 1981) . The song was rerecorded in many different styles through the band's career, but the Buried Alive b-side version of Blitzkrieg was the recording which inspired Metallica's cover of the song for their Creeping Death EP, as the first alternate version was released on the A Time of Changes album in 1985 (a year after the Creeping Death EP was released).
Blitzkrieg started recording songs in 1990 for the release of the album, 10 Years of Blitzkrieg, in 1991. In 1992 they started recording more songs for the next album, Unholy Trinity, released in 1995. Blitzkrieg was highly appreciated by the public after the release of these albums, and they were even more appreciated when the album, Ten, was released in 1997. Ten received a good response from the public, and was later backed up by the release of The Mists of Avalon in 1998, which also brought forward a positive response.
Vocalist Brian Ross was then involved in a car accident, which prevented Blitzkrieg from releasing any further material. Six months later, he decided to reform Blitzkrieg and create another album. They released the albums, Absolute Power (a studio album), Absolutely Live (a live album) and Sins and Greed. On August 10, 2007 Blitzkrieg released their new album Theatre of the Damned through their record label Armageddon Music.

2) Blitzkrieg was a black metal band from Sweden. They existed for a short time in the mid-1980s, but soon changed its name to Therion. Two short Blitzkrieg tracks can be found on a fanclub CD issued by Therion and available in their webstore.

3) Blitzkrieg was a hardcore punk band that existed from the mid-80s to early-90s in the U.K. The lineup was Spike on vocals, Gaz and Ales on guitar, Mal on bass, and Freddie Doyle on drums. The band reformed in 2007 to play Rebellion Festival and have been gigging ever since.

4) Blitzkrieg was an anarcho-punk/hardcore punk band from the Netherlands that existed from 1982 untill 1984 and released one LP called "Complete Disarmament".

6) Blitzkrieg was the name used by the german krautrock band Wallenstein when it was first founded.

7) Blitzkrieg was a punk band from Hannover/germany with this name that has released a 7" on Nordtstadt in 1981 and was featured f.e. on the Lost&Found compilation "a golden shower of 72 hits". Punk-Disco

8) Blitzkrieg was a punk band located in Novi Sad/Serbia, which played during 90's.

10) Blitzkrieg is a Chilean EBM band composed of DJ_DMK_P.R.L. and DJ_MECHANICMAN, formed in 2007 in Iquique Website

12) Blitzkrieg was a punk band from Zagreb, Croatia. They played in 80's.

13) Blitzkrieg is a 80's-style metal band from Athens, Ohio.

14) Blitzkrieg was a heavy/hair metal band from Glendora, California formed in 1983., they released one full-lenght album "Ready For Action" in 1985.

15) Blitzkrieg was a progressive metal band from Tangerang, Indonesia established on 7th April 2009, with the first name “BLITZKRIEG BLIZZARD” started by the initiative of the guitarist, Fritz Faraday who aspired to give Indonesia a new color of music that he thought was too convergence and uniform.

Fritz and Fajar finally decided to shorten the name of a BLITZKRIEG BLIZZARD to BLITZKRIEG because of several considerations. Their debut album THE ENERGY OF ANGER was released in 2012 and met with great critical acclaim from local reviewer. Read more on Last.fm. User-contributed text is available under the Creative Commons By-SA License; additional terms may apply. 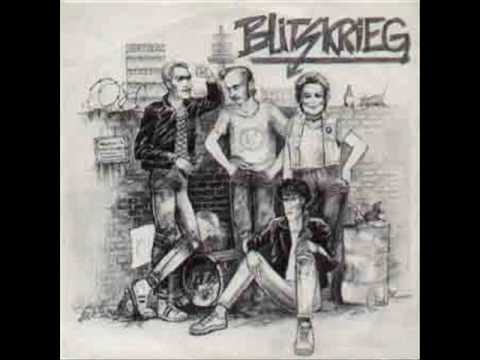 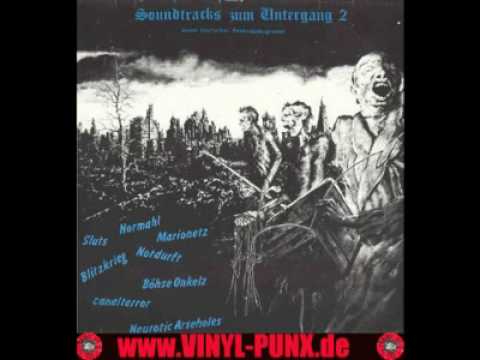