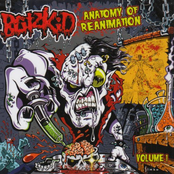 active 1997-2012 Blitzkid was a horror punk band that began in Bluefield, WV in the winter of 1997, with guitarist/vocalist/songwriter TB Monstrosity and bassist/vocalist/songwriter Argyle Goolsby. In the 17 years that they have been a band, they have toured consistently all over the US and overseas, released multiple albums and EPs, a Live DVD and participated on the soundtrack for a film. After recording a 10 song demo just for fun titled “Songs For The Aesthetically Challenged” the band b...

Blitzkid was a horror punk band that began in Bluefield, WV in the winter of 1997, with guitarist/vocalist/songwriter TB Monstrosity and bassist/vocalist/songwriter Argyle Goolsby. In the 17 years that they have been a band, they have toured consistently all over the US and overseas, released multiple albums and EPs, a Live DVD and participated on the soundtrack for a film.

After recording a 10 song demo just for fun titled “Songs For The Aesthetically Challenged” the band became a bit more serious and gained it’s first 3-piece lineup. In 1998, the trio began songwriting, rehearsing, and started playing local gigs. In May of 1999, they recorded the 7-song “Revisited EP”. This particular release showcased a more hookladen “horror rock” approach that the band had already hinted at. The recording also showcased some of the band’s most popular material to date in the songs “Nadine”, the original recording of “Slaughter At the Sock Hop”, and “Hate You Better”.

By the winter of 1999, Blitzkid entered Lively Sound Studios in Lewisburg, WV to record the 13 song full length “Terrifying Tales” album. Extensive gigs soon followed in their hometown as well as branching out for the first time into surrounding states. Soon afterward, the revamped creeprock trio quickly began work at Real 2 Reel studios in Blacksburg, VA in the summer of 2001 for the 12 track “Let The Flowers Die” album which as released on December 29th, 2001.

In December of 2003, Fiend Force Records, a major independent record label from Germany specializing in horrorock, began working with the band and placed a track by them on their debut compilation album “This Is Horrorpunk”, followed by the Euro release of their 2003 recording “Trace Of A Stranger”. Fiend Force Records officially released the Blitzkid/Mister Monster split EP “Exhuming Graves And Making Ddates”. After extensive touring to promote both releases (including the band’s first successful stint in Europe with The Spook on the now legendary “Everyday Is Halloween” tour in October 2004), Blitzkid regrouped with Fiend Force as their official label and continued to play nonstop rounds of shows.
In the time that followed, Blitzkid found themselves at SS Studios (Hamilton, NJ) in May of 2005 tracking what would become their fifth full length album, “Five Cellars Below”.

By early 2006, Blitzkid had completed work on the new record and embarked on more live shows that led to them touring Germany once again successfully with Fiend Force’s The Crimson Ghosts in June, and once they returned stateside, the band embarked on their biggest U.S. tour yet that saw them play 58 dates from June 29th to September 12th.

On August 25th, 2006, “Five Cellars Below” was released worldwide via Fiend Force Records and in October, the band set out to tour Europe for a third time on the Hell Night's Tour with labelmates The Rezurex, The Other, and The Bloodsucking Zombies from Outer Space. The tour saw them playing the Czech Republic, the Netherlands, Sweden, Finland, Denmark, Spain, Austria, Holland, Hungary, and Germany.

As of 2011 the band is currently headed up by Argyle Goolsby (bass/vokills/metabolism), Nathan Bane (guitar/keys/the brightside) and Ricko Mortis (drums/job security), after long-time vocalist/guitarist TB Monstrosity called his quits with the band. In the time they have been a band, they have garnered critical underground acclaim for their tireless work ethic, consistent, ever evolving album output, disregard for bad tour routing and dedication to giving their audience their moneys worth through providing energetic live shows and playing great songs.

Blitzkid has a prodigious following in the states as well as Europe and have shared the stage, in some cases regularly, with many and great notable acts. Blitzkid have also been a regular part of many of the biggest festivals in Europe including Mera Luna, Rock My Ass, Endless Summer, Summer Breeze, and WGT. Blitzkid are signed to Century Media/People Like You Records worldwide and managed by Riot Rock Management.

The band is booked exclusively by Destiny Tourbooking in Europe, and by The Pantheon Agency in North America. The band has released material consistently since 1998. Apparitional released in March of 2011 is Blitzkids first release on Century Media/PLY Records. Their music has also appeared in many salient horror films, most notably It Came From Trafalgar, Dark Wings a documentary on the Mothman, Satan Hates You, and Gris Grimlys classic Cannibal Flesh Riot. They have also appeared favorably in publications such as Terrorizer, Punk Rock Confidential, Metal Maniacs, Rue Morgue, Horrorhound, Virus, Drop Dead, Sonic Seducer, KinKats, Revolver, Zillo, and Ox.

Recently the band released their newest album, "Apparitional", which has the last recordings of TB with the band before the break-up as well as an special guest in the form of Doyle Wolfgang Von Frankenstein (Ex-Misfits/Kryst The Conqueror/Gorgeous Frankenstein) on the song "Mr. Sardonicus". They also released a new EP titled "Head over Hills". Read more on Last.fm. User-contributed text is available under the Creative Commons By-SA License; additional terms may apply. 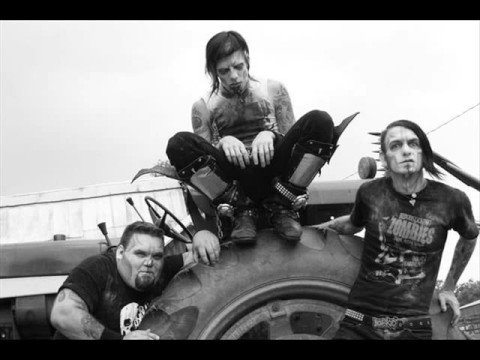 Return to the Living