The Blind Passengers grew up in the non-allied sector of East-Berlin, Germany, behind the iron curtain around 1987. Two years after the fall of the wall they released their first album "The Glamour Of Darkness". Now the Blind Passengers are one of the most well-known industrial-metal bands in Germany. Their forth longplayer Bastard (released in G.A.S. by EPIC Records/Sony Music) was the first Blind Passengers-CD that entered the official German Album Charts. "Hammer" and "Break Out" two of the b...

The Blind Passengers grew up in the non-allied sector of East-Berlin, Germany, behind the iron curtain around 1987. Two years after the fall of the wall they released their first album "The Glamour Of Darkness". Now the Blind Passengers are one of the most well-known industrial-metal bands in Germany. Their forth longplayer Bastard (released in G.A.S. by EPIC Records/Sony Music) was the first Blind Passengers-CD that entered the official German Album Charts. "Hammer" and "Break Out" two of the biggest german rock magazines put Blind Passengers in the record of the month position for may 99. Now they released in Germany their new and to date most successful CD "Neosapiens" at Goldrush /BMG (release in U.K. & Ireland by Iris Light Records, in Russia, Ukraine, Belarus & Baltic Staates by Irond Rec., in Czech Rep. & Slovakia by Sony Music). "Neosapiens" was 5 weeks in the TOP 10 of the official German Alternativ Charts (Peakposition:6). The science-fiction-novel "Neosapiens" (written by Blind Passengers-mastermind Nik Page) was released parallel to the new Blind Passengers-CD and got sole first-rate reviews by the literary critics.

For more information on the ideological background of Blind Passengers and the lyrics of Nik Page read the following: MODERN FAUST STORY (taken from TEAR MAGAZIN, New York)

the false gods have died
taking their laws with them.
Human flesh living in hypocritical harmony with the machine
has merged into an immaculate organism.
The army of maniacs
the dragons
and the "faceless"
drooling over the wager
looking for the kick of the perfect simulation
in order to flee
this plastic world as often as possible
where weakness and failures are never forgiven.
(from the introduction of Neosapiens, the novel, a science fiction epic by Nik Page)

Growing up behind the Iron Curtain, in a suburb of East Berlin, amidst the haze of a Marxist-Leninist education, Nik Page discovered his purpose in life, relatively late. Along this path, meeting Rayner Schirner was a key experience. At age 13, Schirner was transferred to Page´s class at school, where three years later, he planted the idea in Page´s head to start the electric rock group Blind Passengers, together. "Blind Passengers symbolizes the modern society zombies, who prefer to close their eyes and ears, in order to comfortably and smoothly swim along, with everyone else in the river of society, never painfully bumping into anything along the way, trained by the fear of seeing their own blood," according to Page. This smarmy tendency remains in our collective subconscious, today, and we recognize it in all of Page´s work as an author, visionary, painter, designer and musician.

"In Berlin," the setting of Page´s cyber-epic, Neosapiens, Page says, "this way of life has not changed. It´s just as common today, at the beginning of the 21st century, in a world thirsting for globalization and populated by the last generations of innocent, mortal, narcissistic and disabled people, as it was for the blind - and deaf passengers in the Soviet-controlled sector, during the 1980s." The potential of creating a powerful overall statement by combining different art forms inspired Page to record a rock CD and write a cyber-novel with the same title, on the same topic. Adding an additional facet to his brand of crossover art allowed him to more fully lose himself in his vision of an uncertain nightmare future. (it´s a nightmare for common people reading his epic, but not for Page) "More than anything else, it will be the deeply human feeling of motherly love, that will act as the largest driving force behind a gradual purging of modern man´s human roots. What parents doesn´t want to give her children the best possible start in life? In a world where only the successful, the strong and the beatiful are granted a place in the sun, a person´s genetic profile is a decisive factor in the battle for a job that garantees prosperity and recognition.Who could stand by and watch quietly as their child is run over and trampled down by all the other perfect service-cyborgs, as they march to the rhythm of a merciless, elbowing meritocracy?

We are racing towards a world in which it would almost be considered child abuse if parents did not meet with their DNA designer of choice, to ensure that their child will get the optimum out of his hereditary disposition and that all kinds of genetic defects and potential illnesses have been excluded. It makes no difference, if one demonizes this development, or how many upholders of moral standarts try to stop this modern Frankenstein. It is the predestined evolution of humanity." Neosapiens, the new Blind Passengers CD, has been released simultaneously with the Neosapiens book (the final installment of a trilogy of this subject, begun in 1997). The CD provides the perfect soundtrack for the birth of the semi-synthetic human masterrace. Violent metal riffs, gloomy synthesizer, and powerful heavy drums feed the strength of perfection and immortality into the fragile body of the still natural homo sapiens. The strains of charming pop melodies blast open the path through angry, puffing walls of cold steel.

Page is currently working on his first much more Gothic-Electro-Rock-orientated soloalbum (the story was released in Tear Magazin in Summer 2002 before the recordings for Sacrifight were finished). For the first time in more than six years, he has chosen a subject unrelated to the cyber-cosmos of the hybrid age. The Nik Page-CD will contain guest vocalist contributions by German music-scene heavies like Jürgen Engler (die Krupps) and Dirk Scheuber (Project Pitchfork).

Page is astonished and feels misunderstood when people say the vision in his work are unbelievably gloomy. "People in earlier times were no different- the fear of the future that also led our ancestors to demonize technology. However, I believe that people in future generations would never want to switch places with us. Thanks to DNA design, people will live significantly longer and healthier lives. They will enjoy an incredible wealth of consumer goods, and virtual entertainment will enable people to have unbelievable experiences in the borderless world of cyberspace. Unfortunately, this particular "opiat of the masses" will be very tempting. I fear that only a very few will have a problem with the price that humankind will have to pay."

In this irony of destiny, Page sees a modern Faust story: "When mephisto gave mankind the strength of machines and the power of technology, it was not without self-interest. He prepared the way for us to enter the lusty, colorful consumer-state that is full of greasy hot dogs, toilett deodorizers and electric razors. However, along with the technology, he also handed humankind the weapon with which it will one day murder its creator. After many laps around the path leading to immortality by DNA-styling and isolation of aging hormones, one day when humankind has finally, totally conquered death, thereby canceling the last of God´s laws of creation, Lucifer will personally show up to kick God´s ass. Although it may take another several centuries before technology will make it possible to save a person´s entire personality on silicon, enabling a post-mortem to a fresh new body, ordered a la carte, Mephisto waits patiently in the expectation of a final victory". Those who think now the Neosapiens-epic contains 120 pages of heavy philosophical material is completly wrong. The story centers on the life of an unstabile industrial punk living in a iridescent subculture, filled with the crassest virtual neuro-trips and chaotic, orgiastic rock parties.

Without affecting the flow of the story, Page has cleverly woven his notorious visions into the plot and included a couple of delicate sexual fantasies. Without a doubt, these aestetic, pornographic passages confirm the rumors of Page´s enormous sexual appetite, as well as his preference for role-playing and fetish. He admits, "I do not believe that Lucifer is a man. It is my opinion that Lucifer would be inside the body of a beautiful, sensuous, libidinous woman, coming down to earth. She is the one that brings our blood to the boiling point, making us feel that we are more than a smoothly operating machine."

While their videos air continously on all of the relevant european video channels from London to Moscow, in the USA, Nik Page and the Blind Passengers remain a black pearl that have not yet been discovered by the American music industry.

According to wikipedia they disbanded in 2005.
Official site: http://www.blindpassengers.com/ Read more on Last.fm. User-contributed text is available under the Creative Commons By-SA License; additional terms may apply. 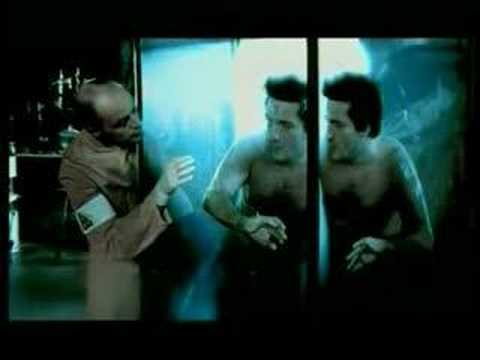