Black Roots began their musical journey in 1979. They are based in the St Paul’s area of Bristol England. Jabulani Ngozi, one of the guitarists in the band, recalls in an interview he gave in 2004 to a French record label called Makasound, that Black Roots was formed by a group of friends that had known each other from the 60’s. They had been playing in different bands doing cover versions but after a discussion during a game of dominoes they decided to form their own band on condition that th...

Black Roots began their musical journey in 1979. They are based in the St Paul’s area of Bristol England. Jabulani Ngozi, one of the guitarists in the band, recalls in an interview he gave in 2004 to a French record label called Makasound, that Black Roots was formed by a group of friends that had known each other from the 60’s. They had been playing in different bands doing cover versions but after a discussion during a game of dominoes they decided to form their own band on condition that they only played original material and so Black Roots started to take shape.

Often seemingly insignificant moments lead to the creation of a lasting musical legacy. Perhaps not one bathed in hit songs and top selling albums but one that within the genre of roots reggae music has lasted well over 30 years with a strong and loyal follwing. And who gave the band their first big break on national radio – none other than BBC Radio 1’s John Peel following the release of their first record Bristol Rock, a 4 track 12 inch vinyl offering, on their own label Nubian Records in 1981. John Peel said of the band ‘If anyone tells you that there is no such thing as good British reggae, first tell them that they are a ‘herbert’ and then listen to Black Roots.’ When Bristol Rock first hit the streets it received rave reviews and charted in the Reggae and Independent charts. Jon Futrell in Black Echoes was moved to say "quite simply, Black Roots are the next great hope for reggae in this country.’

Several Radio and Television performances followed in quick succession led by John Peel for whom they recorded 2, in May 1981 and November 1983, and for David ‘Kid’ Jensen and Peter Powell. They appeared on BBC TV’s Oxford Roadshow, in ‘In Concert’, wrote the title song for a BBC sitcom ‘The Frontline’ and performed on several regional broadcasters like BBC West and HTV. All this attention meant that the band were always busy playing at colleges, universities, clubs and other venues and festivals like Glastonbury, Womad and the Elephant Fayre throughout the 80s and early 90s all over the United Kingdom.

They released their debut album, simply entitled ‘Black Roots’ on Kick Records in 1983. It had an immediate impact on the national music scene with reviews hailing it as a ‘A blinding debut album’ (Black Music and Jazz Review), ‘…one of the best LPs from a British Reggae group’ (Sounds), …one of the most polished and uplifting reggae albums it’s been my pleasure to hear…’ (Black Echoes) and ‘…the best of the new British reggae bands….’ (The Guardian). In 1984 they wrote the title track to a new BBC sitcom series titled ‘The Frontline’ based on the ‘fractious’ relationship between two brothers one a policeman and the other a dreadlocks man. Though the sitcom only ran for one series, the title track was released as a single by BBC Records and Tapes that had some low level chart success. Subsequently the BBC released an album entitled ‘The Frontline’, also in 1984. This was a rather unusual departure for them but it was successful enough for them to release a second album, in 1985, for the band entitled ‘In Session’ featuring recordings taken from Radio 1 sessions recorded for John Peel and David ‘Kid’ Jensen.

Black Roots got their first big break in Europe in 1984 when UB40 invited them to be their support act for their European tour that year. This led to the band beginning to build a following on the continent that then enabled them to tour over there at least once a year well into the early 1990’s.
Their first collaboration with Neil Fraser aka The Mad Professor, in 1986, led to the release of their fourth album ‘Allday and Allnight’ on their own label Nubian Records. Simon Buckland in Echoes reported, "Here with the Mad Professor in the production seat, they have a deeper, even more substantial sound than before, with vocal harmonies developed and worked on, attention paid to keep the feel 'just so', tight, and a brazen horn section...to serve as the gilt edge."

An encounter with a small video production company called 12 Bar Video at one of their gigs in 1986 led to the band’s first live recording both in sound and vision. It was their second collaboration with Neil Fraser aka The Mad Professor. The band hired The Studio, a music venue in Bristol and promoted their own show that was filmed by 12 Bar Video on Sunday 8th June 1986. The sound was engineered, recorded and mixed by The Mad Professor. That autumn the live video recording titled ‘Celebration’ was released. This was the last time that this line-up of the band that had worked together for several years, almost since the beginning, were to be recorded together playing live at a gig.

The next project that the Mad Professor worked on with the band was the 1989 album release ‘Live Power’, on Nubian Records, a live session that was recorded at the Moles Club Bath on 22nd September 1988 and then remixed at Ariwa Studios. Charles Bryan aka Delroy Ogilvie (vocals), Trevor Seivwright (drums) and Derrick King (bass) had already parted company with the band. Black Roots did not replace Charles Bryan on vocals preferring to trim the line-up down to 7 but replaced the bass and drum section with Senouci Hardy on bass and Anthony ‘Drumton’ Ward on drums.

The band released of their last full studio album, in 1990, titled ‘Natural Reaction’. Much of the work relies on the skills of Black Steel, a versatile musician, who laid the bass, drums and additional keyboards rhythms. This was the first album recorded at Ariwa and the last one that the Mad Professor worked on with Black Roots. Shortly after this album was released the band stopped touring. For the next 5 years the band’s label, Nubian Records released a series of Dub remixes of the band’s recordings, Dub Factor – The Mad Professor Mixes in 1991, Dub Factor 2 – The Dub Judah Mixes in 1994 and Dub Factor 3 – ‘Dub Chronicles’ The Mad Professor and Dub Judah Mixes in 1995. The final album release from the band, during this period, came in 1993, it was produced by Dub Judah, entitled Black Roots ‘With Friends’ and features vocals by BB Seaton, Trevor Dixon, Dub Judah, Mikey Forbes and a cameo performance by Delroy Ogilvie on some of the bands iconic tracks. Then activity ceases completely for several years.

Black Roots remerges from obscurity when Makasound a label in France contacts them and reissues a compilation of the band's first two albums on a fourteen-track CD titled ‘On the Frontline’, on 4 July 2004. This reissue sells well and is followed on the 25 November 2007 with the reissue of ‘In Session’, with bonus tracks. On the back of these releases the band start doing some selected shows in France to great acclaim. There is still a strong following for the band and their brand of roots reggae, a fact that prompted Bristol Archive Records to approach the band and offer to reissue some more of their back catalogue. They first release a compilation of the band’s singles entitled ‘The Reggae Singles Anthology’ on double Vinyl, CD and Digital Download on the 5th September 2011. The CD version includes a re-mastered version of the ‘Celebration’ video recording on DVD. This is followed this with a reissue on CD of ‘Allday AllNight’ on 23rd April 2012, also with bonus tracks.

But a far more crucial development has been the band’s new studio album, ‘On the Ground’ recorded in April 2012 and released by Sugar Shack Records/Nubian Records on 10th September 2012 on Vinyl, CD and Digital Download. These 17 brand new songs pick up from where they left off over 20 years ago. The sound is different. It is deeper and fuller with intelligent grooves and the lyrics are more mature and more thought provoking, less militant but staying true to their beliefs. The album was produced by Jeff Spencer and Black Roots and mixed by Louis Becket. Charles Bryan aka Delroy Ogilvie is back, as well, to give the band that extra vocal edge. They follow this up with a dub version on this album entitled ‘On the Ground in Dub’ in March 2013 also on Sugar Shack Records/Nubian Records.

And on 23rd September 2014 comes the release of their newest album of new material entitled ‘Ghetto Feel’ on French Independent Label Soulbeats Records on CD, Vinyl and Digital Download. This is a powerful set that does not compromise the deep roots sound of the band and continues to deliver a radical message ably produced by the band and Jeff Spencer and mixed by Louis Beckett.

So the 4 vocals are working together again fronting the new solid sound of the band complete with a powerful horn section. It is still that classic Black Roots style and delivery that continues to draw in their existing fans and is appealing to a whole new generation of roots reggae lovers, many of whom weren't born when Black Roots released their string of classic records.

This new interest has led to the band playing a series of selected live shows both in the UK and the Continent that include Bristol Veg Fest (2011 and 2014), ATP I’ll Be Your Mirror curated by Portishead at Alexandra Palace in London, Sardinia Reggae Festival in Italy, WOW Festival in the Isle of Wight, Cabaret Sauvage in Paris France, Festival Ecolozicalizes in France, Glastonbury 2013, the Lambeth Country Show in Brockworth Park London United Kingdom, Garance Reggae Festival 2014 in Bagnols-sur-Ceze France and Banlieues Bleues Jazz Festival 2015 Paris France. 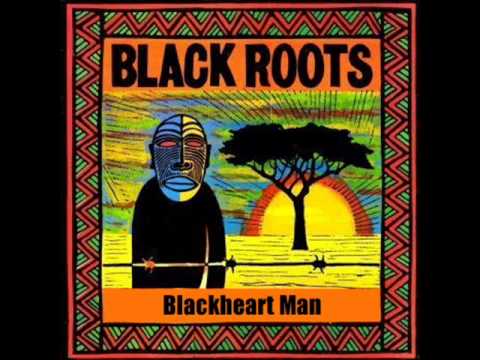 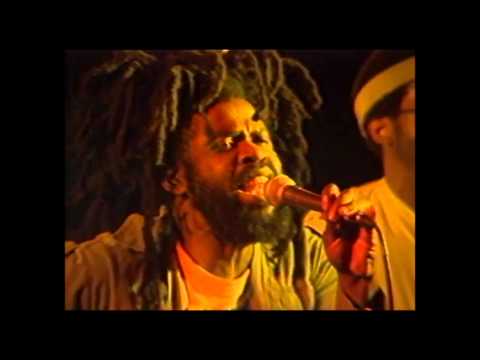 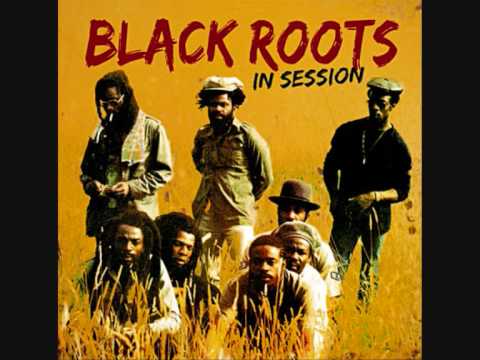 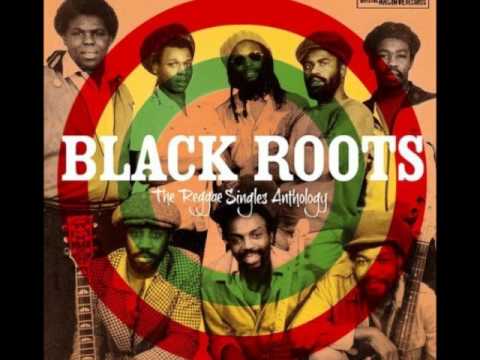 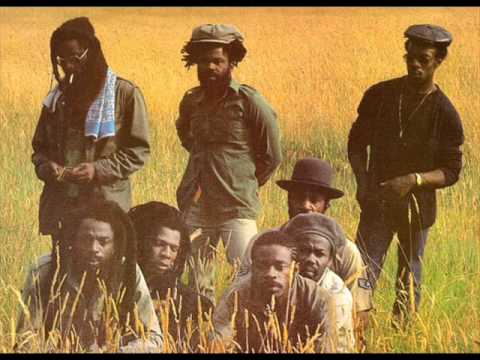 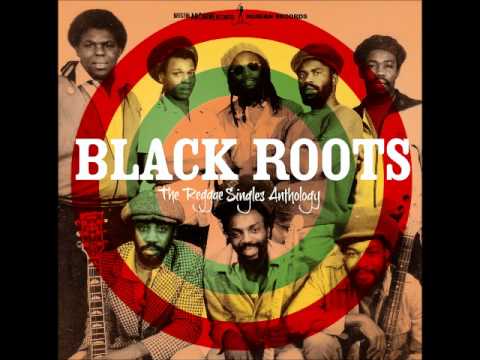 Pin In The Ocean 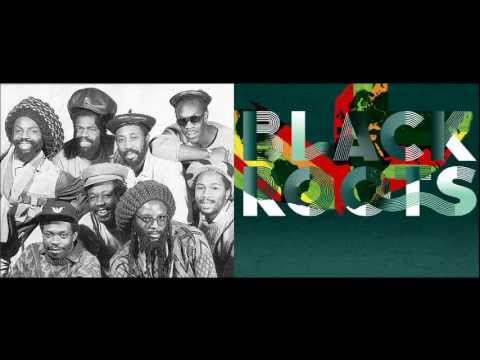 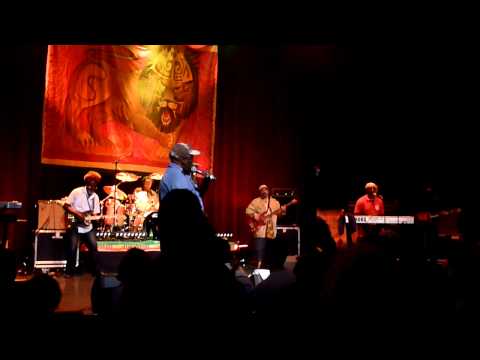 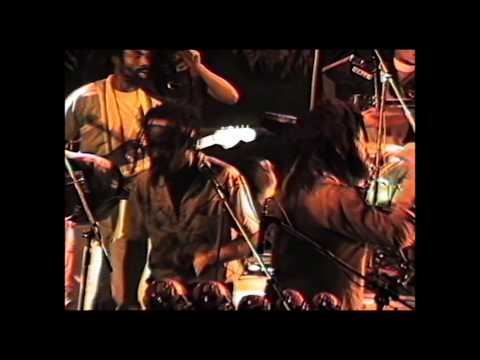