There are more than one artist named Beni: 1. Beni, a DJ and Producer from Australia 2. Beni, An underground farsi language rapper from the Islamic Republic of Iran. 3. BENI is a Japanese pop singer, currenly signed to the Universal Music Japan record label. She made her debut as a member of the defunct supergroup Bishoujo Club 31, and was the first member of the group to pursue a solo career while being an active member. In 2004, she debuted on the avex trax record label as Arashiro Beni (安...

There are more than one artist named Beni:
1. Beni, a DJ and Producer from Australia
2. Beni, An underground farsi language rapper from the Islamic Republic of Iran.
3. BENI is a Japanese pop singer, currenly signed to the Universal Music Japan record label. She made her debut as a member of the defunct supergroup Bishoujo Club 31, and was the first member of the group to pursue a solo career while being an active member. In 2004, she debuted on the avex trax record label as Arashiro Beni (安良城紅). Her third single, "Here Alone" (the theme song to the dorama Kurokawa no Techou) became her most successful with the label, peaking at #14. In 2008, Arashiro moved from avex to her current label, changed her stage name to BENI and has seen a slight boost in popularity.

1. Beni, full name Benjamin Single, is an electronic producer/DJ from Sydney, Australia. Getting a start in the industry with outfit The Bang Gang Deejays as DJ Damage, Beni later formed Riot In Belgium with Joel Dickson of Cut Copy. As half of Riot In Belgium, Beni found fans in 2 Many DJs, Tiga, and the most stylish label head in Europe, Headman, who signed them to his Relish imprint.
Since Riot In Belgium disbanded in 2008, Beni has gone on to produce solo, with remixes of Sneaky Sound System's "Kansas City" (2008), Digitalism's "Pogo" (2008), La Roux's "Quicksand" (2009) and Tiga's "Shoes" (2009). In November 2008, Beni released his first solo production titled "My Love Sees You", which saw underground success in the club scene, being included on various compilation mixes including the Ministry of Sound's "Clubber's Guide to Spring 2008", "The Annual 2009" and The Bang Gang's "D is for Disco, E is for Dancing". Beni's follow up track, "Fringe Element (Shorts Like Me Edit)", sees its release in mid-2009 and is already featured on Kitsune Maison 7.
www.myspace.com/listentobeni. Released in September 2009 on Kitusne / etcetc, Beni's latest "Maximus" featuring vocals by Sam Sparro has a killer acompanying music video directed by Moopjaw which had 50,000 hits in the first few days of release!

2. As of April 2018, Beni as yet to release an album. His discography is only singles. His songs can be streamed or downloaded for free here: http://20rap3.co/search/keyword:Beni

3. Arashiro Beni comes from a multi-cultural background. Her father is an American, while her mother is an Okinawan Japanese who lived in Miyakojima. Her parents were music lovers, who let her take dance and piano lessons from an early age. While Arashiro was born in Kanagawa, she lived out her childhood in California. When she was 12 she moved from California to Yokohama, and attended the American School in Japan. While there, she was classmates with Sony Japan-signed artist Crystal Kay and became close friends with her. Because of this, Arashiro is fluent in both English and Japanese.

In 2002, Arashiro competed in the 8th National Japan Bishojo Contest (a beauty pagent) and became one of the finalists, despite not having any formal training for the beauty contest. Due to her high placing in this contest, she was chosen to be part of the musical/TV personality group Bishoujo 31 in mid-2006 (though at the time were called Bishoujo 31 as 10 more members came in 2004). She became a regular on the TV-show GIRLS A GOGO! along side the rest of the members of this group.

In April 2004 the group with debut with their first single, Da Di Da☆Go! Go! (the ending theme song that was used in their TV show GIRLS A GOGO!). The single broke the top 40 at #34. Arashiro was then picked up by avex trax to become a solo artist away from the Pony Canyon-produced Bishoujo Club 31 and debuted in June with the single "Harmony" (drama Reikan Bus Guide Jikenbo's theme song). This made her the first of the girls to pursue a solo project. The single, however, would barely see more success than the group's effort, peaking at #26.

In August, Arashiro found her second TV opportunity by appearing on the MTV Japan show M size appearing in a segment called JANGLISH STYLE from Arashiro Beni ~Otona no Junky Life~. Two months later, her second single "Infinite..." was released. On the day after the single's release, a special one-off drama starring popular actress Yonekura Ryoko called Kurokawa no Techou was aired, which used a new song of Arashiro's, "Here Alone", as its ending theme song. Interestingly, Yonekura Royoko had won the 1992 competition for the Bishoujo award that Arashiro had become a finalist in. This new song proved to be much more popular, peaking at #14 on Oricon charts (this is her most successful single to date). At the same time, Arashiro was promoting her second Bishoujo Club single called Tokyo Gourmet Tour which was released two weeks before.

The start of 2005 saw Arashiro become the spokesgirl and CM model for cosmetics company KOSÉ's VISEE range (a title that has gone to such people as Amuro Namie, Hamasaki Ayumi, Koda Kumi and Tsuchiya Anna). Following this in February was debut self-titled album, Beni, as well as a single released on the same day called Miracle taken from the album. In March at the 19th Japan Gold Disc Award ceremony, Arashiro was one of the receivers fo the Best New Artist of the Year award. Arashiro starred in her first musical as the heroine Mary Maguire in the Japanese run of Andrew Lloyd Webber's The Beautiful Game (it had two dates in March-April).

June saw Arashiro's first new single since her debut album, "Hikari no Kazu Dake Glamorous" (used as the VISEE CM song to the commercial which starred her). On August 6 she performed both the Japanese national anthem and the American national anthem at the half time show for the American Football game between the Atlanta Falcons and the Indianapolis Colts at the Tokyo Dome. August also saw the final release from Bishoujo Club 31, a DVD mini-album.

In late 2005 she would release a single "Cherish" which was the lead-in to her second album Girl 2 Lady. While Girl 2 Lady was significantly less successful commercially, it also saw Arashiro committing more to her music (she co-wrote several tracks on the album). After a period of inactivity she released a new single "How Are U?" (produced by YANAGIMAN) in September which did not chart on Oricon chart's top 200 single (implying less than 350 copies sold that week). Nothing else was released in 2006. In 2007, Arashiro made a comeback with the theme song to the drama [[Warui Yatsura]], "Luna" (peaking at #77) and her third album, GEM, following in April. At the same time, Arashiro became the face of clothing label CECIL McBEE.

Following her third album, GEM, Arashiro was finally given the chance to have one-man lives. There were two in total, one which was held in Tokyo and the other in Osaka. Following these lives, Arashiro was relatively inactive in her music career but started work as a host for NHK TV's Tokyo Kawaii TV. In late 2007 it was announced on her website that she would continue to sing the theme song for American Football in Japan. It was soon announced in 2008 that Arashiro would star in the movie, Buraburabanban, as the lead character. Shortly after this a best of album was announced which was titled Chapter One ~complete collection~. The best of album had two versions, a CD only and a CD+DVD version. The CD+DVD version included all of her music videos and performances from her first live.

Following the release of her best album, it was rumored that she possibly could have been dropped due to the title of her best-of album being "complete collection". Fan's fears were slightly settled when it was announced that Arashiro would be featured as "BENI" on Dohzi-T's single, "Mou Ichido...". Upon "Mou Ichido..."'s release, it became the biggest hit to date for both Dozhi-T and Arashiro. In late August 2008, it was announced that Arashiro would be featured on DJ MAKAI's album STARS, with the song titled "STAR IN MY SKY". In September 2008, without a warning, Arashiro's official site at Avex was shutdown. It was widely believed that what fans had feared most had actually happened, she was dropped by her label.

But in late October, it was officially announced that rather than being dropped Arashiro had switched record label companies as well as management from avex trax and Oscar Promotion to Universal Music Japan's Nayutawave Records and Survive on Music Inc. respectively. It was also announced that Arashiro switched her name from Arashiro Beni to BENI and that she hoped to pursue solely on her music from that point on. In order to be more committed to her music it was also announced that she would take part in the writing of her songs from that point on. A single was quickly announced, titled "Mou Nido to..." which was an answer song to the widely popular collaboration with Dozhi-T "Mou Ichido...". "Mou Nido to..." was released on December 10th and was able to reach #20 on the weekly Oricon chart (her highest chart rank since her debut) and was extremely popular in downloads.

Following "Mou Nido to...", it was announced that BENI would be collaborating once more with MAKAI for his new mini-album LEGEND where BENI covered Cece Pennington's hit song "Finally". BENI also took part in a tribute album to The Carpenter's and covered the song "Superstar". Another single was also announced, "Kiss Kiss Kiss", that was released on April 8, 2009. "Kiss Kiss Kiss" was used as the CM song for Kao Biore's new line of body soap "Body Deli". Although "Kiss Kiss Kiss" only managed to rank in at #40 on the Oricon weekly chart it saw significant success on the download charts, managing to rank in at #1 for its release week with Chaku-Uta Full. After "Kiss Kiss Kiss" another single was quickly announced entitled "Koi Kogarete" that is set to be released on June 10tg, 2009. "Koi Kogarete" will be used as popular TV show "Music Fighter"'s June Power Play theme song. The single will include the song "Forever 21" which was produced by YANAGIMAN and is being used as the image song for popular clothing company FOREVER 21 which recently crossed over into the Japanese market.

In a blog in May 2009, BENI answered one of commentator's questions, one which asked if an album was going to be released soon. BENI replied that she is currently working on recording songs for the album and that it should be ready soon. 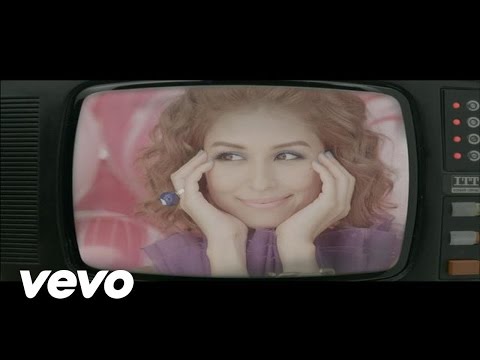 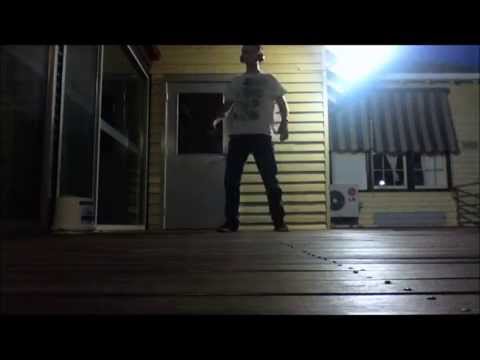 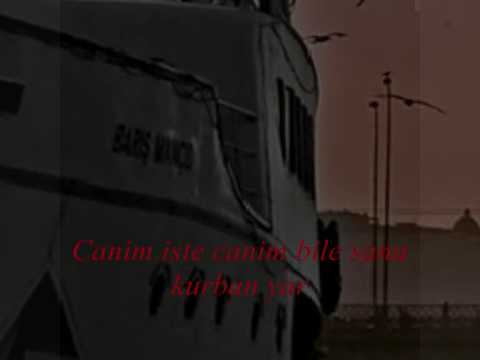 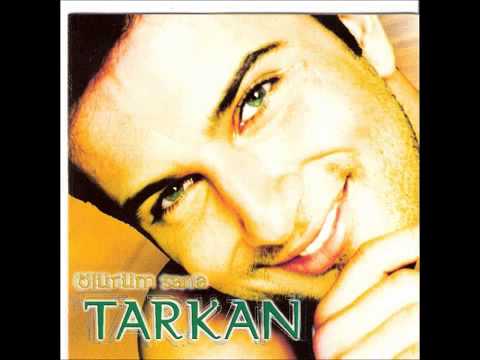 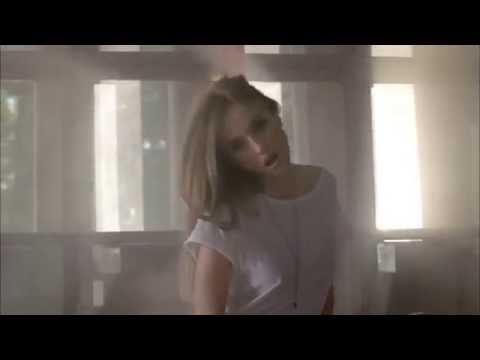 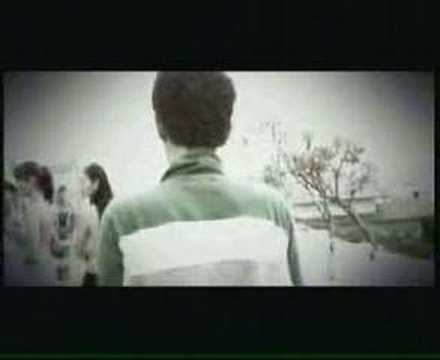 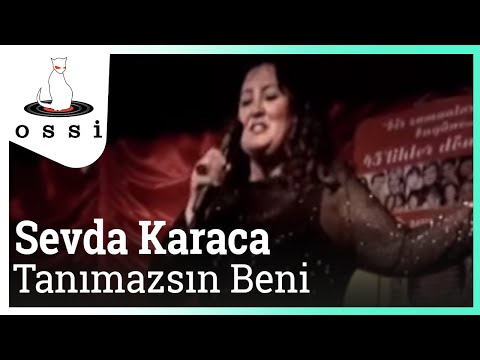 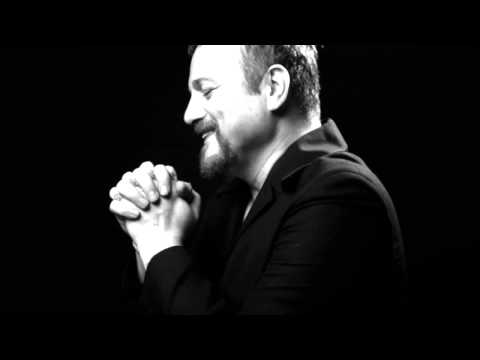 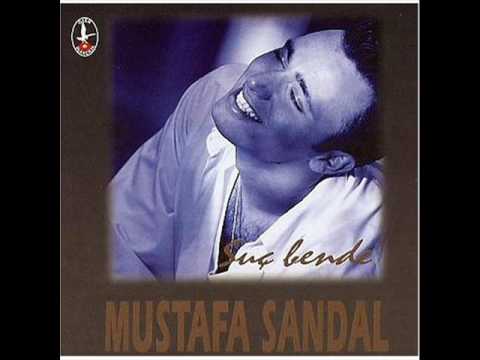 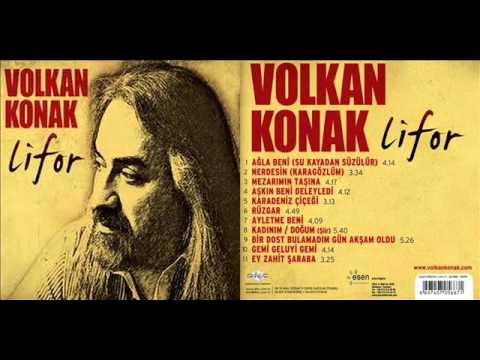 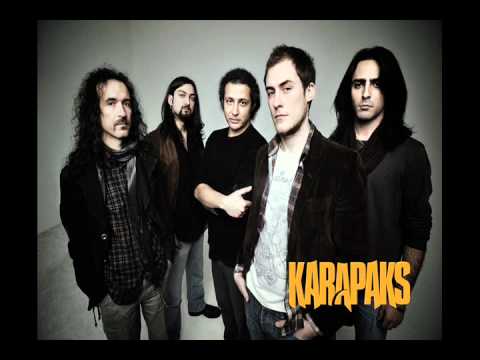 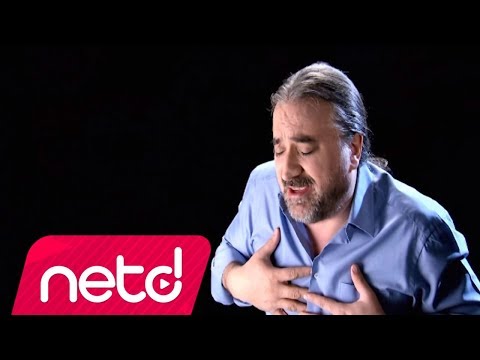 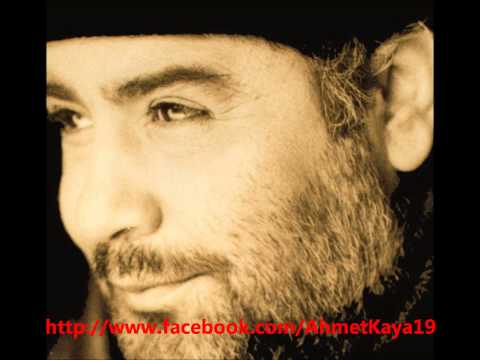 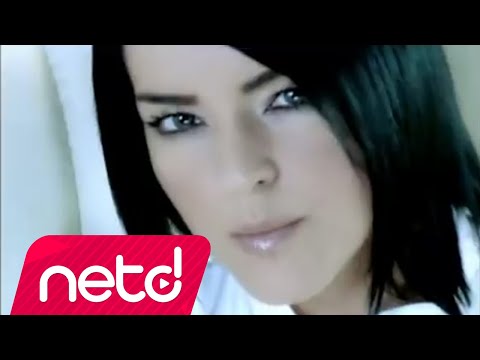 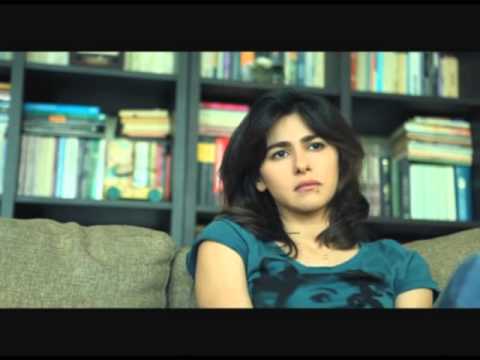 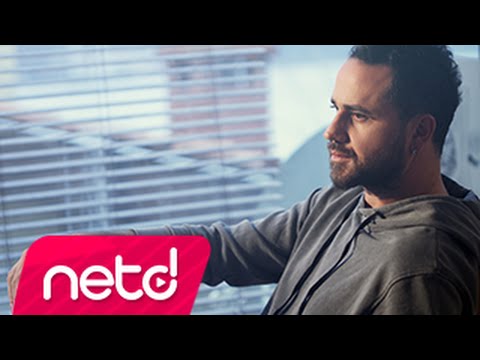 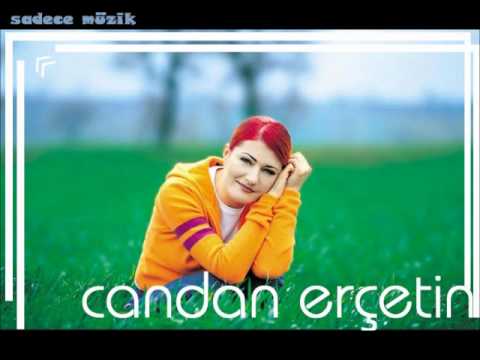 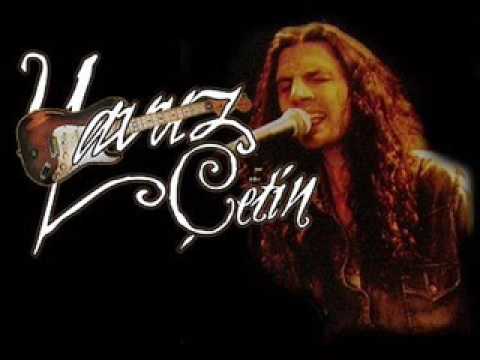 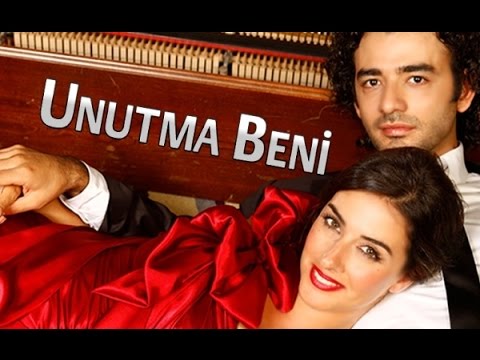 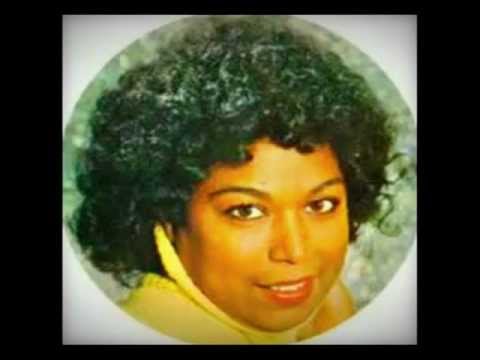 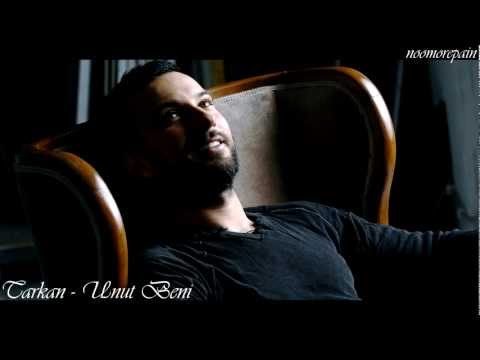 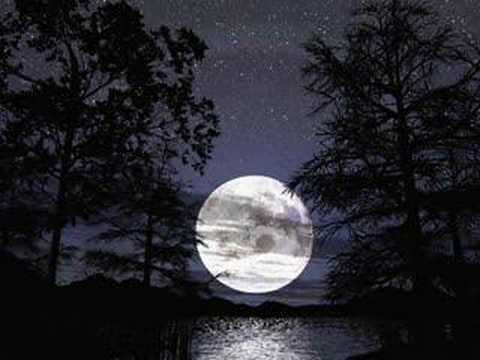 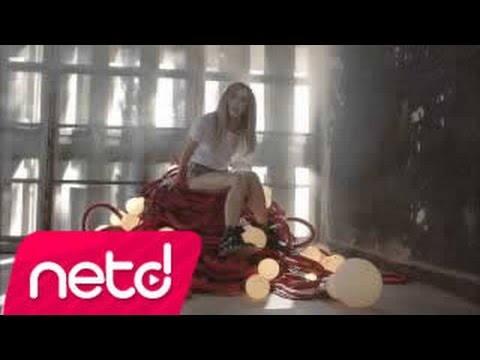 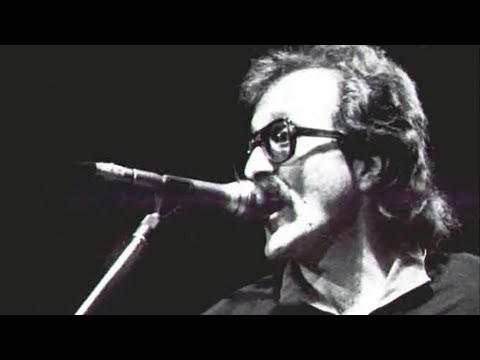 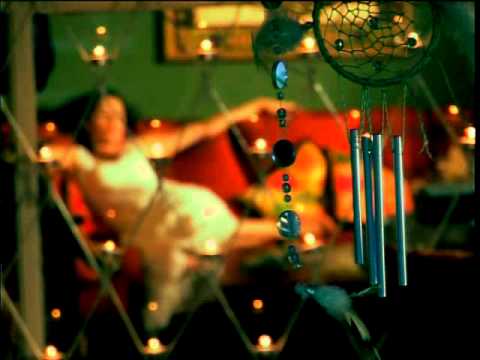 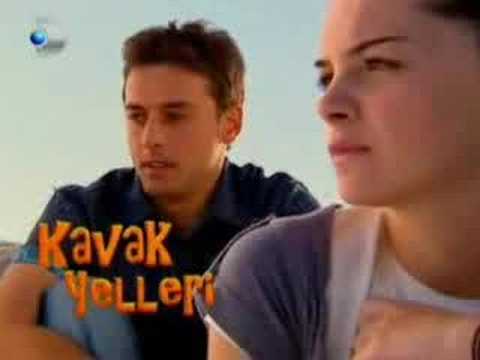 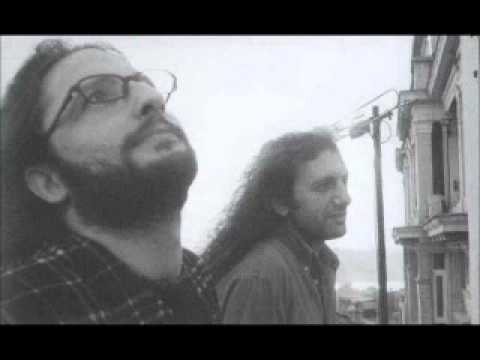 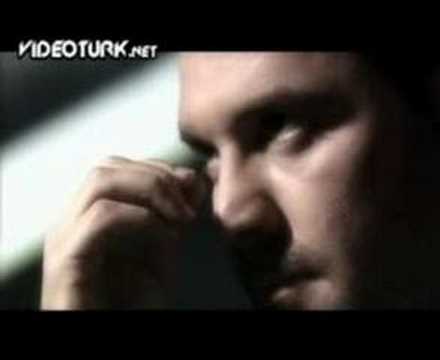 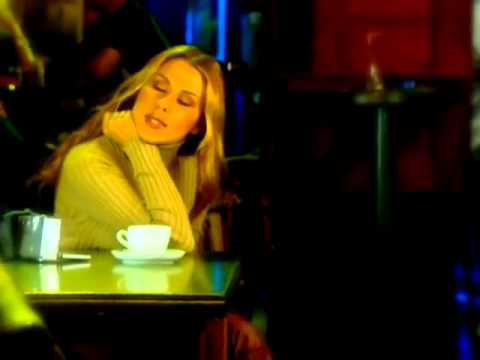