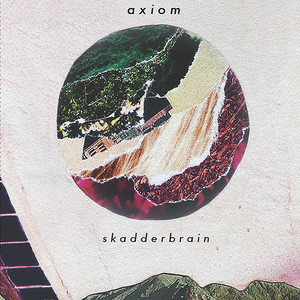 There are multiple artists with this name: 1) A d'n'b producer from Switzerland. 2) An American Anarchist Scandi-thrash/Crust band. 3) Axiom is also a one man band from UK run by Hrothgar. 4) Also the name of a French rapper from Lille 5) An Australian pop band from the early 70s, known for the song "A Little Ray of Sunshine". 6) An Italian power metal band containing members from Landguard. 7) Also an Czech DJ playing electronic music. 8) Also a Melodic Death Metal band, est in Bradford, ON -...

1) A d'n'b producer from Switzerland.
2) An American Anarchist Scandi-thrash/Crust band.
3) Axiom is also a one man band from UK run by Hrothgar.
4) Also the name of a French rapper from Lille
5) An Australian pop band from the early 70s, known for the song "A Little Ray of Sunshine".
6) An Italian power metal band containing members from Landguard.
7) Also an Czech DJ playing electronic music.
8) Also a Melodic Death Metal band, est in Bradford, ON - 2006
9) A 3 piece instrumental progressive rock/metal band from Birmingham, UK

1)
Axiom stepped into the Drum and Bass scene in 2005, when he met Optiv (C4C) at a party and was invited for a collaboration, the result was the tune "nightfalls" which was released on Optiv’s redlight recordings. Shortly after that, the collaboration with Optiv and Chris. Su created the amazing "soulcube" which received support from all the major players in the scene and began opening eyes worldwide.

Axiom’s sound, derived from ambient and experimental electronic music, fuses together to create an equally disturbing and effective dance floor tune and is also right at home on your music player, this has helped enable Axiom to release tunes on the number 1 record labels in Drum and Bass today including the huge Renegade Hardware imprint, and branching from every corner of the earth with releases on New Zealand labels Cyanide Recordings and State Of Mind Music, Shadow Law & Hostile Recordings - USA, DSCI4 and Relight Recordings – UK and Sydrome and Citrus imprint.

Axiom live shows consist of a rolling selection of fresh exciting Drum and Bass, predominately on the neurofunk and tech tip, with fast moving mixing and cuts, he’s been in demand with shows every weekend and internet mixes getting downloaded in their thousands, Axiom is hot property.


2)
An American Anarchist Scandi-thrash/Crust band. With grind influences. Released 1 full length LP "Apathy and Privilege", 2 EP's "Impaled by Chaos" and "Establishing a Culture of Resistance", and a 3-way split LP with Autonomia and Church of Nihil. There is a 2nd unfinished LP that *might* see the light of day, it's in the works. Relevant bands: Hellshock, Resistant Culture, Atrocious Madness.


3)
Axiom is also a one man band from UK run by Hrothgar. The first demo was released in 2005 called "Defiant Heathen Spirit", contains one cover of Mayhem song "Funeral Fog". The music sounds agressive and melodic at the same time. Relevant artists: Burzum, Mayhem, Emperor.


4)
Axiom is also the name of a French rapper from Lille.


5)
An Australian pop band from the early 70s, known for the song "A Little Ray of Sunshine".

Formed in Melbourne in 1969, Axiom were arguably Australia's first true supergroup. Yet, in spite of a wealth of talent and promise, some notable chart successes and two superb Albums of original material, they failed to achieve lasting popularity, due in part to waning public support in Australia as they vainly tried to crack the fickle English market, and the band fizzled out after less than two years. Nevertheless, Axiom deserve to be recognized as an important musical bridge between Sixties pop and Seventies rock in Australia, as one of the first serious attempts to make Australian rock with international appeal, and as one of the finest bands of their time.

Axiom was formed by Brian Cadd and Don Mudie, both former members of leading Melbourne popsters The Groop. Cadd, who began his career with Melbourne's The Jackson Kings, was already a prominent singer, songwriter and keyboard player. Besides his success with The Groop, he wrote hits for other acts, including "Elevator Driver" for the Masters Apprentices and "When I Was Only Six Years Old" for Ronnie Burns (which was also a UK hit for Paul Jones) and both he and Mudie worked as session players on a number of important recordings including the Russell Morris' classics "The Real Thing" and "Into Paper Walls".

After linking up in The Groop, Mudie and Cadd formed a successful songwriting partnership that carried on through Axiom and beyond. Shorrock was the former lead singer of The Twilights (and went onto The Little River Band); Lavery was from Perth's (in)famous The Valentines; Stockley was from leading Melbourne group Cam-Pact.


6)
An Italian power metal band containing members from Landguard.
As of 2005, they have released 1 full length album: A Moment of Insanity

The project was realized in early 2004 by Lello Acampa, Armando Scala and Walter Montone, members of the power progressive metal band Landguard, trying to create a 360 degrees musical project. The sound of the band goes between many different styles and musical genres, and it's full of complex structures but with a great impact. In the same year, Axiom sealed a production contract with the independent artistic project, and, in May of the same year, begins the recordings of the debut entitled A Moment of Insanity. In December of 2004, just before the release of A Moment of Insanity, Axiom sealed an editorial contract with an editorial/independent publishing.

XIOM was a band out of Bradford, Ontario; which existed soley to produce a 5 track demo. Founded in late 2005 members Chris Ball, Chris Szarota, Josh Foster grabbed hold of Chellsea Dxtn & Mike Sigler to propel the project off the ground, and accessed rhythmic stylings later on with (brief) addition of Matt Morton in 2007.

Seeking major satisfaction as defibrillator's to the crowds for growing talent like with Fuck the Facts, Excrutiating Thoughts, Panzerfaust & TheKillingField and 5 time- satelite-radio-play in March of 2007, the band was admired for its often-provoking & somewhat controversial lyrical content, which was unprecedented for a band from depths of a small, Masonic Ville. Complete with a ground-breaking image & sound; with 2 vocalists, massive sweeps and melodic shredz and a girl drummer to boot it on double bass, they went into premature over drive, as they turned heads and indefinitely made lasting impressions among their friends & colleagues.

This AXIOM disbanded in summer of 2007 to persue individual paths. Full account of demo "Get free from the Hive" recorded at TJz Music (Innisifil, ON)
@ http://reverbnation.com/chellfire 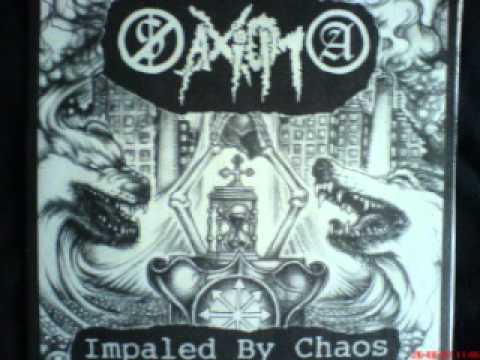 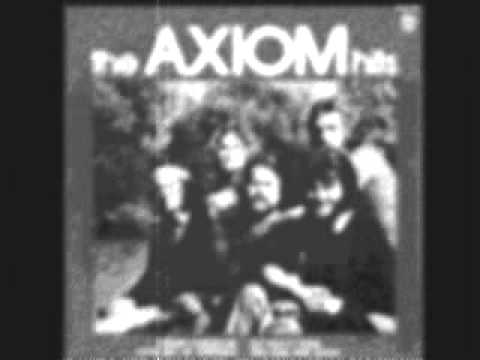 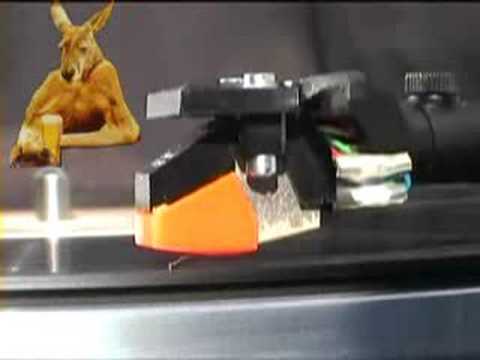 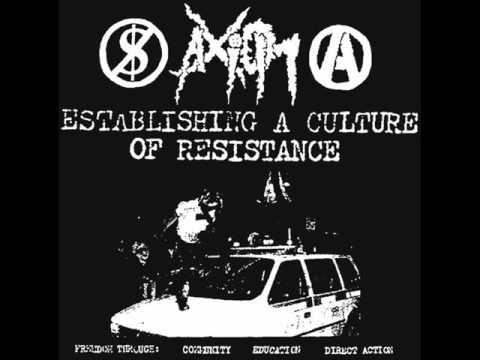 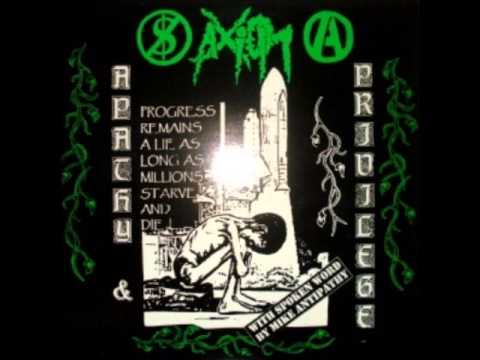 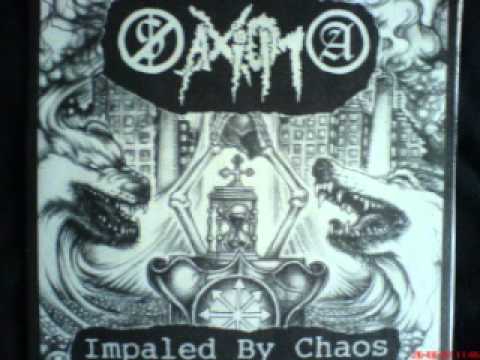 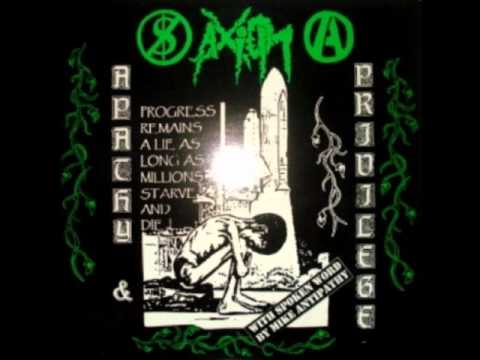 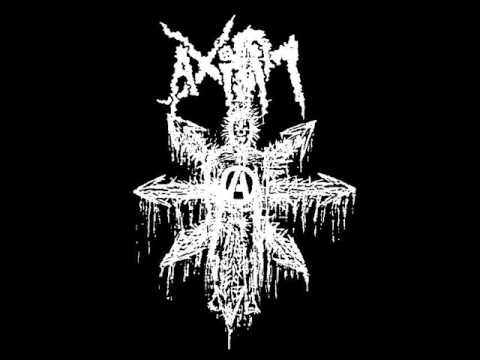