Artist Name: Avion Blackman Birth Name: Avion Blackman Birth Place and Date: The 30th of January Official Bio From the band Christafari comes Avion Blackman with a sound described as "Sade meets Norah Jones with world music undertones." "Swimming with alligators sounds a lot more dangerous than it really is," said Avion (while twisting her dreads and describing her adventurous days as a tomboy living in a tropical rainforest with 17 brothers). Born in the bustling city of San Fernando, Trini...

"Swimming with alligators sounds a lot more dangerous than it really is," said Avion (while twisting her dreads and describing her adventurous days as a tomboy living in a tropical rainforest with 17 brothers).

Born in the bustling city of San Fernando, Trinidad, Avion lived in luxury as a daughter of the famous calypsonian, Lord Shorty. As a young dreadlocked child, she was very outgoing and began singing on stage in front of massive crowds at the tender age of four. That year, her life drastically changed when on a spiritual quest, her father transplanted his massive family to the jungle.

She spent the next twenty years of her life living seven rugged miles from the remote Indian village of Piparo in a log cabin with no doors or windows, plumbing or electricity and few groceries--but plenty of music. She was home schooled with her brothers and sisters, and her family lived primarily off the land--growing virtually everything that they ate. Their days were filled with Bible studies, intense rehearsals, various tour dates and regular performances for visitors. As a child in this modern day Robinson Caruso-like family, Avion loved climbing trees, swinging from vines, fishing, and of course; swimming with alligators.

Avion learned the art of harmony while touring and singing chorus for her father, who took on the name Ras Shorty I after his conversion to Christianity. He was the inventor of Soca and Jamoo music. She learned how to play a number of instruments from many of her 24 brothers and sisters. At the age of fourteen she began playing bass for their family band, "The Love Circle". Her first solo studio recordings were "Oh Why" and "So Free", for The Love Circle's "Children of the Jamoo Journey" release. Years later, she recorded the initial versions of "Sweet Love" (for their "Homegrown" album) and "Heaven Above" (for Lion of Zion's "The Gathering" project).

In 2003, she moved to Los Angeles, CA, married Mark Mohr and joined Christafari as the bassist and a vocalist of the group. She became well- known internationally for her ethereal lead vocals on Christafari's "Hiding Place" and "My Sustenance" on the group's critically acclaimed Gravity release. Still performing with Christafari, Avion has toured a good part of the world with her husband, band front man Mark Mohr. All of the above set the stage perfectly for releasing her solo debut.

In January of 2005 the recording began for Blackman's first album "Onyinye" (pronounced 0we-neen-yay). Thirteen smashing songs were produced by Mark Mohr (alongside co-producers Solomon Jabby and Avion Blackman-Mohr). The music was performed by members of Christafari and an all-star cast of the best session players in Los Angeles (including live strings, acoustic guitar, Peruvian pan flute, horns, and even turntables). The album was recorded and mixed at Zionic Sounds Dub Lab and mastered at Lion and Fox Studios.

On this heartwarming gospel release, Avion sings tender songs about her love for God and man. It was a family affair as Avion, her husband and other members of the family wrote the infectious tracks that make up this musical masterpiece. This is an intimate album that contains a blend of reggae, R&B, jazz, jamoo, Indian and African rhythms.

In promotion of "Onyinye", Avion and her band are currently traveling the world performing with Christafari, Solomon Jabby, and others on the Reggae Redemption Tour. "Onyinye" means Gift in the Nigerian language Igbo. Live on stage Avion sings of the greatest gift of all--Life eternal.

Avion: At the age of four my parents got saved, so they brought me and my siblings up in the way of Christianity. But it was really at 14 years old that I personally dedicated my life to Jesus, got baptized and began my spiritual journey.

2. (GospelReggae.com): You mentioned your siblings, I have read that you come from a very large musical family. Can you give us a brief run down of what your brothers and sisters are up to?

Avion: Three of my brother's (Sean, Daniel and Gary) are in Asia playing music, they formed a band by the name Abstract, they've been to India, Malaysia, Thailand, Singapore, Indonesia, and China. I also have four brothers in California; Derek heads up the punk/reggae group Dominion Status. Haile leads two bands, Upstream and Breadfruit Collective and also runs his own sound company, Johnny plays drums for a bunch of groups including Majek Fajek and Sean Penny developing his solo career.

3. (GospelReggae.com): Describe some of your fondest memories as a child:

Avion: Fondest memories, hmmmmâ€¦ there are lots of them. I had just turn five years old, I remember moving to the jungle with my family, I've been waiting anxiously for that day counting down the days, when we finally move I barely got any sleep that night waiting to see daylight so I can run and roam the jungle. I remember taking my toy bucket and filling it with mangoes, I sat on the bench outside in the bamboo grove sucking the most sweet, juicy, mango ever! I was in heaven!! Later in the evening when it started getting dark, my brother and I went labelle hunting, they are giant flying insects that light up like fire flies. I probably caught a whole jar full that night and used it as a lantern.

4. (GospelReggae.com): Do you have any favorite verses?:

5. (GospelReggae.com): How about favorite foods?:

6. (GospelReggae.com): What about musical influences?:

Avion: Spending time with my husband, listening to music, biking, painting, sewing clothes for myself and shopping, I really love to go bargain hunting!

8. (GospelReggae.com): What is the most valuable lesson that you learned from your Mom or Dad growing up, that you still apply today?:

Avion: Trusting in God to provide and not worrying.

9. (GospelReggae.com): If you could share the stage with any Christian or secular artist in the world (living or dead) who would it be?:

10. (GospelReggae.com): What Bible character do you most identify yourself with?:

Avion: Esther. That was my favorite story growing up.

11. (GospelReggae.com): What do you most about touring and what goes through your mind before you go onstage at an average show?:

Avion: I love seeing new place's. I enjoy knowing that I'm doing this for God and hanging with the band member's they are my best friends! Before I go on stage I pray that someone would get saved, or be encouraged in their spiritual walk. I also pray to God that I will play well--which make's me a bit anxious.

12: (GospelReggae.com): Why do you do music? What is your primary goal?:

Avion: Because It's in my blood--running through my veins and in my soul. Because it's so much apart of me, I choose to do it for a higher purpose--that purpose is God.

Ministry
"Onyinye, (pronounced 0we-neen-yay), means Gift in Igbo, which is a Nigerian language. On this album I sing un-compromising lyrics about the greatest gift of all--Life eternal through Jesus Christ alone."--Avion Read more on Last.fm. User-contributed text is available under the Creative Commons By-SA License; additional terms may apply. 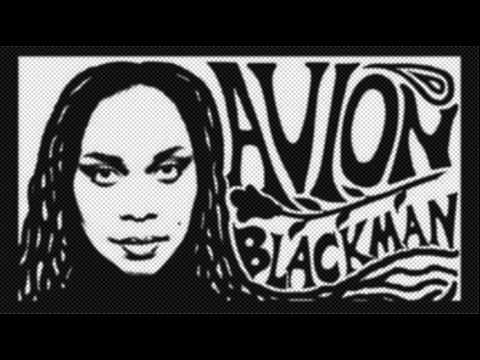 It is for Freedom 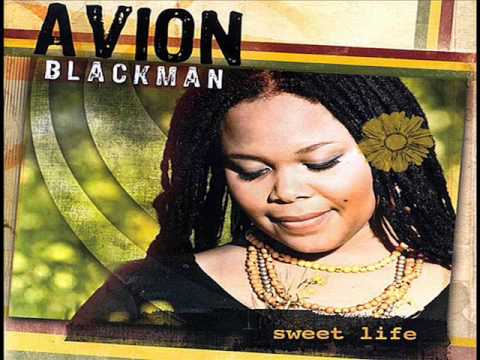