Averse Sefira is a black metal band from Austin, Texas. The band is apparently the only black metal outfit from the States to perform live on three continents, including North America, Europe and South America, where they have a particularly rabid following. They are currently signed to England's Candlelight Records. Averse Sefira is influenced predominantly by death metal stalwarts such as Immolation, Nile and Demilich, but they also seem to have strong alliances with European black metal gro...

Averse Sefira is a black metal band from Austin, Texas.

The band is apparently the only black metal outfit from the States to perform live on three continents, including North America, Europe and South America, where they have a particularly rabid following. They are currently signed to England's Candlelight Records.

Averse Sefira is influenced predominantly by death metal stalwarts such as Immolation, Nile and Demilich, but they also seem to have strong alliances with European black metal groups like Antaeus, Secrets Of The Moon and Watain.

Bassist Wrath Sathariel Diabolus is also known for his work with New Jersey Black Metallers Krieg. He appears as guitarist on their live album Kill Yourself Or Someone You Love.

Averse Sefira was formed in 1996 by guitarist and vocalist Sanguine Mapsama and bassist Wrath Sathariel Diabolus. Their demo, "Blasphomet Sin Abset", was released later that year, with a drum machine in place of a live drummer. Three years later, in 1999, their first full-length album, entitled "Homecoming's March", was released on Arrogare records, their own label which was created specifically for the purpose of releasing that album. Again, the band had to make use of a drum machine instead of a real drummer. In some ways the band's most strictly black metal release, the album lacked the chaotic death-metal influence of their later works, and was almost entirely a melodic mid-paced affair. "Homecoming's March" is also noted for its ambient interludes, known as "aversions", in between each track, which were composed by the enigmatic "The Lady Of The Evening Faces" using no keyboards. Some fans consider these to be one of the album's strengths, while others consider the material to be intrusive. A remastered version of the album was released in 2003 by Brazil's Evil Horde Records, with the interludes as separate tracks.

2001 saw the band release their second album, "Battle's Clarion". For this album, the band, for the first time, had a live drummer, The Carcass, who was previously a member of Texas death metal band Death Of Millions, and was, at one point, a touring drummer for Immolation. The music on this album took on a profound death metal influence, at times reminicent of early Deicide or Morbid Angel, but was still easily identifiable as black metal- the imagery and emotions evoked by the songs pertained to epic battle, rather than the savagery and chaotic lawlessness of death metal. The aversions were shorter and more integrated into the actual songs on this album, an improvement which fans greatly appreciated.

After "Battle's Clarion", the band toured internationally for a few years, both with well-known bands such as Dark Funeral and underground favorites such as Antaeus, Secrets Of The Moon and Watain. The band quickly gained a reputation for putting on a fierce live show, and gained rabid followings in Europe and South America, particularly Brazil.

Four years after "Battle's Clarion", in 2005, the band returned to the studio to record their third full-length album, "Tetragrammatical Astygmata". For the first time, the band had a powerful production, provided by Necromorbus Studio; the sound was powerful and, while far from sterile, incredibly clear. This album saw the band continuing both in the more sonorous direction employed on "Homecoming's March" and the chaotic direction first seen on "Battle's Clarion"; extremely chaotic moments were tempered with sonorous riffs that lent the band both an impressive range of dynamics and space for contemplation amongst a chaotic, feral setting. A newfound sense of harmonics, similar to Immortal's "Pure Holocaust", aided in the creation of the chaos as well as connecting that chaos to the contemplative moments and allowing them to reflect on the chaos, rather than seeming like disjointed and irrelevant sentimental moments in otherwise raging pieces. Interludes on this album were more limited than on any prior work, occasionally making a brief appearance to connect two songs.

In 2006, after touring South America for the second time (now as a supporting act for Candlemass), it was announced that Averse Sefira signed a contract with the famous English label Candlelight Records. A new album must probably see the light of day in 2007.

The mighty AVRS have released a new album entitled Advent Parallax in February 2008 on Candlelight Records.

To seek deeper insight into "the ways and means of the band", visit their journal at aversesefira.blogspot.com Read more on Last.fm. User-contributed text is available under the Creative Commons By-SA License; additional terms may apply. 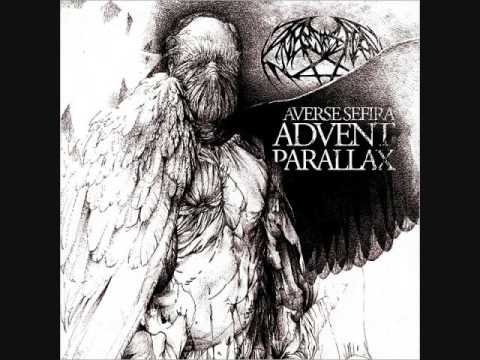