“When the hour was right/I opened my eyes and I saw the light” “Thief in the Night” For Armon Jay, the making of his new album, Everything’s Different, Nothing’s Changed, was a two-year journey from darkness into sunlight, from what he calls desolation to consolation, the culmination of sleepless nights where he saw his faith tested, but his hope ultimately restored, through a set of songs that speaks from the very core of his being. From the pain of “Edge of the Dark” and “Flight from Sorrow”...

For Armon Jay, the making of his new album, Everything’s Different, Nothing’s Changed, was a two-year journey from darkness into sunlight, from what he calls desolation to consolation, the culmination of sleepless nights where he saw his faith tested, but his hope ultimately restored, through a set of songs that speaks from the very core of his being.

From the pain of “Edge of the Dark” and “Flight from Sorrow” to the breakthrough of “The Harvest” and “Carry Through,” from the painful self-awareness of “To Be Honest” and “I’m Not Home Yet” to the optimism of “Tomorrow” and “Sunlight,” neatly summarized by the transparently autobiographical title track, Armon Jay lets us glimpse his deepest fears and darkest anxieties, while pointing the way towards salvation. “It’s like I’m stuck in between the cure and the disease,” he sings. “I’m walking straight just in a crooked way.”

Thanks to raising close to $14,000 on Kickstarter from family and friends, Armon was able to travel to producer Joshua James’ idyllic Willamette Mountain on a one-acre farm against the beautiful backdrop of American Fork, Utah, to record the album in two eventful weeks. James, introduced to Armon Jay by mutual friend, singer/songwriter Noah Gunderson, proved a valuable partner, not just producing the album, but serving as “farmer, mountain climber, goat herder, high-tailin’ bike rider and a bit of a wild man,” helping Armon get over his fear of heights as well as failure. The album was mixed in Los Angeles by Todd Burke, who has worked with the likes of Ben Harper and Jack Johnson in his Monrovia studio.

“Joshua is all about creating an atmosphere that inspires genuine and real creativity,” says Armon. “He also has a phenomenal group of musicians on call—his own secret weapon for making great records. We hit the ground running. He just said, ‘If you’re going to sing the song, sing it.’ Almost every track on the record started with just an acoustic guitar and vocal performance and then we built from there.”

“It’s time to come back home/Make right what I made wrong/And it’s time to carry on/And live again.” “Flight from Sorrow”

The Chattanooga, Tennessee-born Armon’s father was a portrait painter (“An ‘eccentric’ artist like me,” he adds), who plucked out songs by Merle Haggard and Willie Nelson on a guitar, while his mom, who used to sing around the house, introduced him to the likes of Whitney Houston and Kenny Loggins on the tape deck of the family’s ’89 Buick. Armon sheepishly admits to plinking out the theme to the movie Titanic on the piano by ear before picking up a guitar at 12 and starting to write songs two years later.

After a stint with a major-label Christian band signed to Sony Music’s Provident Label Group, Armon decided he needed to go in a different direction, prompted by a personal crisis that had him terrified to fall asleep at night, questioning his own inability to live up to his ideals, not least of which was a pack-a-day smoking habit he still hasn’t broken.

In that season of internal conflict, his questioning led him to the realization that it was time to “shed the skin” of any preconceived genre label before he felt he could freely move forward. That eventually prompted the decision to redefine his artistry, and begin using his real first and middle name.

“I’ve learned to be careful not to create walls that interfere with the ability of music and art to connect with anyone. Attaching that strong of a label leaves too much room for one to assume that my music is only intended for a certain group,” says the artist formerly known as AJ Cheek. “A song can have so many different layers of meanings for different people. It’s such a precious and beautiful thing, the fact that we all can find a common ground through the language of art and music. But, it all has to come from a genuine place. I can’t muster up the truth. It already exists. I just have to tell it, and it’s up to the listener with how they choose to receive it.”

Armon owes his personal and creative breakthrough to finally being correctly diagnosed with Adult ADD and getting married last summer. “I was trying to grow into a man without understanding how my brain works,” he explains. “Learning what I was suffering from was a game-changer because I realized I wasn’t the only one dealing with this sort of thing. The more I let go of trying to be in control, the better I felt. And I couldn’t have done it without the help of my beautiful wife.”

Armon is particularly proud of the album’s centerpiece, the title track, which measures the gap between the man he is, the kind of man he wants to be, and learning to accept the difference. “I will wait…for you,” the song concludes.

“The stars just aligned and I was able to communicate exactly what I wanted,” says Armon of the cut. “If I never write another song nor play another note, if it all ends tomorrow, I’m OK with it, having written this one. You have to realize, whatever goes down, good or bad, your DNA is still your DNA. It’s what makes you unique, and I just accepted that.”

Armon found Dutch illustrator Anton Van Hertbruggen’s work on an art bloggers website, and immediately texted him to see if he were interested in creating the cover and inside sleeve art for the new album. After a series of back-and-forth email exchanges, Van Hertbruggen then submitted two original pieces depicting the record’s theme of light traveling into dark. From finding producer Joshua James to discovering the right artwork, Armon has taken a truly modern DIY approach to his first full-length solo album. And if he’s not totally cured of all his mental phobias, the very existence of Everything’s Different, Nothing’s Changed is proof of its therapeutic value—not just for Armon Jay, but any listener who finds himself in a similar place, which, in case you didn’t realize it, is most of us. Armon Jay’s message is that there are second chances which offer the opportunity for redemption.

“It’s been quite a trip,” adds Armon. “But the most liberating thing is to be able to walk in my own skin, whatever that means…the good, the bad or the ugly. And not follow what somebody else thinks I should be. I don’t have to hide my sickness in the dark anymore. This is me. Nothing’s changed.. Even if everything’s different.”

“For I write the words inside my heart/And I’ll keep moving” “The Harvest” Read more on Last.fm. User-contributed text is available under the Creative Commons By-SA License; additional terms may apply. 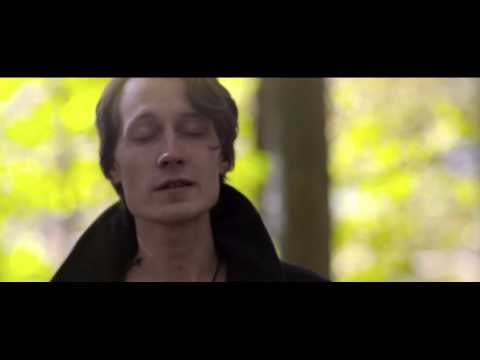