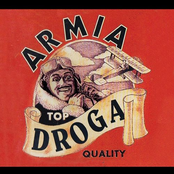 Armia were formed in 1984, as a result of the meeting of three personalities of the Polish independent rock scene: Tomasz Budzyński (then the lead singer of the famous Siekiera), guitarist Robert Brylewski (Kryzys, Brygada Kryzys and Izrael) and philosopher Sławomir Gołaszewski, at the time linked to the paratheatrical quest of Jerzy Grotowski. The traditional rock line-up of the group was complemented by a brass section at the very beginning, but it was the moment when Krzysztof „Banan” Banasi...

Armia were formed in 1984, as a result of the meeting of three personalities of the Polish independent rock scene: Tomasz Budzyński (then the lead singer of the famous Siekiera), guitarist Robert Brylewski (Kryzys, Brygada Kryzys and Izrael) and philosopher Sławomir Gołaszewski, at the time linked to the paratheatrical quest of Jerzy Grotowski. The traditional rock line-up of the group was complemented by a brass section at the very beginning, but it was the moment when Krzysztof „Banan” Banasik joined that proved to be the breakthrough for the band. His French horn provided Armia with the unusual trademark sound.
Out of the dozen plus records Armia have released, „Legenda” (1990) and „Triodante” (1994) are widely regarded as classic Polish rock gems. The band have established their position with hundreds of concerts (with Killing Joke and New Model Army among others) and by appearing at many prestigious festivals in and outside Poland. Their concert activity is documented on such albums as „Exodus” (1991), „Soul Side Story” (2000), „Koncert na 20-lecie” (2006), and „Przystanek Woodstock 2004” (2007).
In 2006 the band released a live DVD called „Koncert na 20-lecie”, which documents the celebration of the 20th anniversary of the band’s formation. Among the guest stars are Kazik Staszewski of Kult, Moskwa, as well as former members Darek Malejonek and Sławek Gołaszewski (with his band Asunta). The 35-song track list includes some legendary Siekiera songs, with an over-an-hour long interview with Tomasz Budzyński added as a bonus.
Over the twenty years of the band’s career, its line-up consisted of many outstanding and distinguished figures of Polish rock music. The Armia of now are: Tomasz Budzyński (voice), Tomasz Krzyżaniak (drums), Krzysztof Kmiecik (bass), Paweł Klimczak (guitar), Rafał Giec (guitar), and Jakub Bartoszewski (French horn).
The power of Armia lies in the combination of Tomasz Budzyński’s poetry with the music which is at the same time sophisticated and expressive, and which merges elements of rock, folk, and even classical music. The use of the unusual instruments for today’s rock standards, such as French horn, flute, cello or violin, renders the band offer unique and guarantees them a special place on the Polish rock scene. Armia remains a band whose original music is not to be pigeonholed. The lyrics abound with references to outstanding works of the world’s literature such as Dante’s „ Divine Comedy” or poems by Samuel Beckett and Artur Rimbaud, as well as Franz Kafka novels, which again makes Armia sensational on a worldwide scale. Tomasz Budzyński’s lyrics call for a serious reflection upon the spiritual condition of man today. The band try to provide the listeners with more than mere entertainment, through their art inviting them to make an existential quest for the meaning of life.
2009 is special in the history of the band, as by the end of November they will have released two brilliant (and so different) records in one year. In February, “der Prozess” was out, another concept-album in Armia’s discography. The very title suggest the link with Franz Kafka’s masterpiece, an inspiration which Tomasz Budzyński does not deny. The album is not an illustration of the book, however, but an individual glance at the existential tragedy of each human being, coloured by the references to Kierkegaard philosophy. Most personal lyrics combined with the aggressive and complex music bring a really stunning effect. Six compositions by Paweł Klimczak make a sophisticated suite with a unique combination of hardcore stylistics with elements of jazz and even the modern avant-garde classical music. The wall of guitars, the fantastic drumming from Tomasz Krzyżaniak and Banan’s fairytale French horn make an uncanny background for the powerful vocals of Tom with theatrical touches.
Yet at the moment Armia have just finished working at the brand new album called „Freak”, which is to be released on 20 November 2009, by Isound Labels. Sensationally, founder members Robert Brylewski and Sławomir Gołaszewski took part in the session. Apart from the characteristic psychedelic guitars by Afa and the magic instruments by Merlin, the album features some free-jazz saxophones by Marek Pospieszalski and Łukasz Kluczniak (who has already contributed to the band’s concerts), as well as the otherworldly accordion from Karol Nowacki and some backing vocals from Gerard Nowak of The Soundrops. The album is produced by Tomasz Budzyński and the material has been recorded at Robert Lica Friedrich’s studio in Puszczykowo near Poznań.
“Freak”, which little resembles the monumental sound of “der Prozess”, comes as a complete stylistic shift for Armia. The fact that all the tracks are sung by Tomasz Budzyński in English only adds to the novelty of the album. 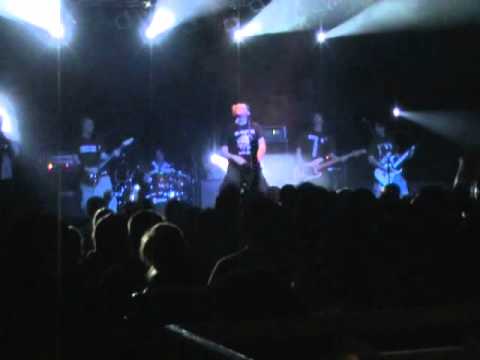 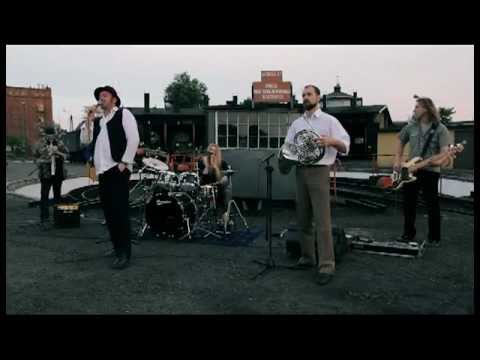 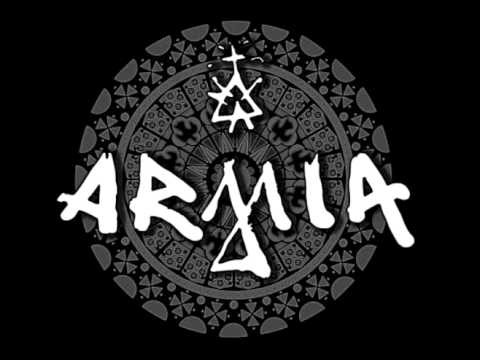 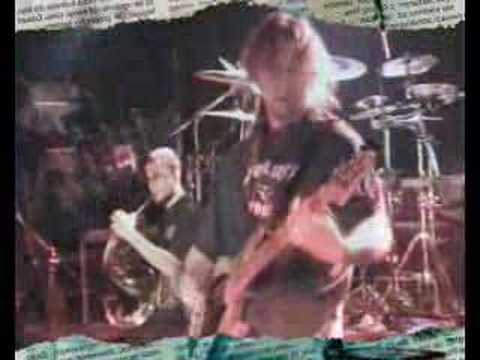