Antonymes : In Formation Antonymes music emerges from the adjustments and erasures of ambient, the pace and persistence of minimalism, where music expresses nothing but itself, from the serenity and austerity of Morton Feldman and the profound prettiness of Harold Budd, from the relationship between continuity and repetition rather than of contract and interplay, from secrecy, from quietness, from pause, from thought, from emptiness, from time, from far off, from itself, from where it is set an...

Antonymes music emerges from the adjustments and erasures of ambient, the pace and persistence of minimalism, where music expresses nothing but itself, from the serenity and austerity of Morton Feldman and the profound prettiness of Harold Budd, from the relationship between continuity and repetition rather than of contract and interplay, from secrecy, from quietness, from pause, from thought, from emptiness, from time, from far off, from itself, from where it is set and where it is setting off to.

“My chief aim is to make a piece of music. You make it for yourself firstly, and then if other people want to join in, then there we are.”

Antonymes makes music at the edge of, and deep inside, and from above North Wales, which you can think of as a very real place, available to be visited at any time in the solid present, and also as a very strange, fantastic, ultimately unreal place, which is all it has ever been, legend, spirit, mist and fluctuating stillness stretching back to a time and place where it was seemed like the beginning of a dream, one that would always become another dream, and another, and so on. It’s worth mentioning that Antonymes is of North Wales: to take an approach to the music understanding the location where it was made up and produced, to approach the music as if it is the beginning, or the end, of some kind of map, that will take you up mountains, across streams, to the sea, where the tide comes in, and the tide goes out, under the waves, through the woods and into the obscure wilderness that stretches between one patch of land and another, between one village and the next. So: Antonymes, of North Wales, recalling the lines of the great North Welsh poet RS Thomas, “to live in Wales is to be conscious at dusk of the spilled blood that went into the making of the wild sky, dyeing the wild rivers in all their courses.’

Formed at some point during 2008 by designer, photographer, conceptualist and musician Ian M Hazeldine, as a group that could contain just himself, and others when it seemed appropriate, Antonymes first album was titled ‘Beauty Becomes The Enemy of the Future’. Released initially on David Newlyn's Cathedral Transmissions label in December 2009, and as a self-published book in spring 2010. A second 2010 release, '31: Before The Light Fails’, was released as a digital download and as a special box, an edition of one, containing music and photography, representing Antonymes fear and suspicion of the herd mentality. The piece consisted of two tracks to be played simultaneously in separate rooms. One review described the work as “a daring and inspired exercise in creating a timeless work of art.” Various pieces by Antonymes have appeared on compilations produced by Soundcolours, Dezordr, Cathedral Transmissions and Audio Gourmet.

Antonymes music is made up, something coming from nowhere, with no clear sense of what might happen next, and yet a vague sense of what might happen after that. It begins at the piano, where notes, space and intention, and something of the soul, and the mind catching itself combine over time, until a shape appears, which suggest other shapes, and lines, and something else, an anatomy, the lateral spread of a single surface, and a shadow or two. What happens at the piano, the notes, space and presence, is taken further, into the computer, which is alive, onto the screen, where it gets twisted, gently, and given more detail, until it is fully formed, and it to an extent finished. A composition, the result of a mystical sequence of events involving improvisation, imagination, presentation, communication, intuition and manipulation, has been completed. It is the improvisation, certainly, more of Pauline Oliveros, Terry Riley, Alvin Curran and La Monte Young than jazz, the patient, probing occasionally accidental forming of structure, tension and atmosphere around spontaneity and a form of focussed daydreaming, which is a near relation of a form of praying.

Antonymes new album is called ‘The Licence to Interpret Dreams’, and as with all the most fascinating, longing and impressionistic music now being made, from June Tabor to Paul Motian, from Dark Star to Ben Frost, from the XX to The International Nothing, his music is at the same time something very firmly definite and a ghostly impression, a careful reduction, a fragile, phantom recollection and rearrangement of the direction and redirection that music took up to the end of the 20th century, having travelled from, say, Bach to Bjork, Webern to Miles, Spector to Eno, Satie to Durutti Column, Tangerine Dream to Joy Division, Cage to Dre, Robert Wyatt to Talk Talk, Wagner to Cocteau Twins, Son House to Pere Ubu. It is 21st century music blissfully floating free of fixed points and yet anxiously staying in sight of the genres, movements, scenes, connections, contexts and innovations that had piled up and broken down by the end of the 20th century. 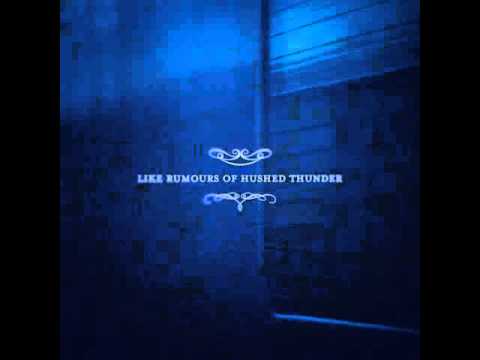