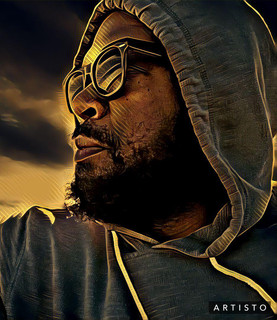 Biography (courtesy of EMI Gospel) Antonio Neal sings real music about real life. The world he portrays on his new, debut release, Days of My Life, is not always a perfect place. And the people who populate it suffer life's trials just as readily as they celebrate its triumphs. But pervading the album's eleven songs are consistent themes of hope, encouragement, and reasons to believe that it's all worth the challenge. Musically, Antonio paints on a canvass that can truly be called his own, fro...

Antonio Neal sings real music about real life. The world he portrays on his new, debut release, Days of My Life, is not always a perfect place. And the people who populate it suffer life's trials just as readily as they celebrate its triumphs. But pervading the album's eleven songs are consistent themes of hope, encouragement, and reasons to believe that it's all worth the challenge.

Musically, Antonio paints on a canvass that can truly be called his own, from a palette of musical colors as vast and arresting as his own seemingly boundless imagination. Understanding that this is an artist whose singularly unique vision is as influenced by the sweet sounds of legendary '70s soul crooner, Al Green, as it is modern, cutting-edge hip-hop, one gets at least an inkling that this is something altogether new, created by an artist clearly guided by nothing but his own inner visions.

Pop it into the player and you'll know you're on terrain that is as new and daring as it is somehow familiar and accessible. Co-writing all the album's eleven songs, and co-producing with studio visionary Tedd T, Antonio is clearly drawn to smooth, quiet-fire grooves, under girded with some serious hip-hop muscle. Sparse instrumentations, of the decidedly less-is-more school, feature a big bass end and rhythm, often colored with a solitary additional instrument, from slinky electric guitar, or perhaps a crystalline acoustic, to a grand piano or surges of strings.

Possessing a compelling, multi-octave voice—often buttressed by a rich, jaw-dropping background ensemble (99% Antonio, as well)—Antonio and Tedd T are not shy about putting their vocal mixes squarely in your face. Which is right where they belong.

Crossing this remarkable bridge between classic R&B and on-the-edge hip-hop, comparisons and descriptions race to mind, all accurate enough, but none entirely adequate. "Luther Vandross meets Prince, meet the Almighty" is not bad in the snappy analogy department. And even though words like "bold and innovative" seem to contradict "commercial, accessible, and hooky," in the world of Antonio Neal they all make perfect sense, and co-exist quite comfortably.

The title song of Days of My Life boasts meaty bass and drums on the bottom, and a wistful grand piano, anchoring an irresistible Motown-flavored groove, with Antonio turning in a stratospheric vocal that soars into and out of his shimmering falsetto range with complete ease and grace, as he gives thanks for all the good things that fill his life.

"The Only One" smoothly shifts gears to a gentle, unforgettable acoustic guitar and percussion-led ballad, with Antonio and his ensemble delivering vocals that are nothing short of angelic. "So Good" lays down a thick bass line that puts backbone into dazzling, inventive strings and Antonio's silky smooth vocals.

"Our Love" is a romantic love song written by Antonio to Sharralisa, describing true, really meaningful love between husband and wife as the greatest elixir of life on Earth. It's a laid-back, mid-tempo jam, but with a serious hip-hop pocket, just to make sure his woman truly feels what he's saying and knows it's for real.

"I can't be a man, and a husband, and a father, and exclude my family from my music," says Antonio. "That's like telling the sky it can't have clouds. And the same time, my music will never take precedence over them. I grew up with a father I hardly ever saw. He was working hard to support his family, which I respect, but his absence also took a toll. If it ever came down to a choice in my life, I'd be out of here and home in a second."

Antonio was born in Alton, Illinois, a suburb of St. Louis, one of seven children. His father worked on long-term construction projects, almost always out-of-town, and often seeing his family a little as two weekends-a-month. As a result, Antonio's mother had a strong and defining hand in raising her offspring, and active church involvement was an important and ongoing part of the family's life.

Antonio sang in church choirs as a kid, but never felt a calling to pursue music beyond that. His initial exposure to music was the traditional choral gospel music he heard in church and occasionally on the radio, but he was never really moved by much of what he heard until his older brother started bringing home albums by contemporary R&B/gospel acts, such as Commissioned, Andrae Crouch, and the Winans.

While his mother didn't allow secular music played in their house, Antonio still managed to hide a radio under his pillow and absorb the mainstream hits of the day, with acts like El DeBarge and Stevie Wonder, as well as older artists—Al Green, in particular—spinning his young head.

He and his family moved to Houston during his first year of high school when his father received a job transfer. By that time Antonio was well on the way to his adult height of 6' 4", and a gifted athlete dreaming of a career in professional basketball. He met the woman who would become his wife, Sharralisa Hendrix, at church when he was 16, and was immediately smitten, though the two became and remained only "good friends" for a season, before their relationship bloomed into a serious romance.

Antonio received a full basketball scholarship to Texas A&M University in Kingsville, about five hours south of Houston, and he and Sharralisa wed at age 19, after his first year of college. The couple moved back to Illinois soon after marrying, with Antonio dividing the next four years between three colleges, all still on full basketball scholarships, though his plans for a career in the pros had faded in the 1994-'95 season, when a severe knee and ankle injury permanently hampered his ability to play at the level he had previously been capable of. But even worse than the physical injury was the profound psychological blow Antonio received when he finally had to admit that his game would never again be what it had been, and his long-held dream had slipped from his reach.

"I was extremely depressed, and feeling totally lost," he recalls. "Basketball had been my ticket for almost my whole life, and suddenly it was gone. I was a wreck for a long time before I finally pulled out of it."

But even though he felt like he was drifting aimlessly, haplessly searching for a new direction in life, his talents as a singer and a songwriter were starting to emerge and grow in leaps and bounds.

In his early 20s, Antonio's talents as a singer and songwriter had developed to a degree where he felt comfortable performing in various venues in and around the area. Antonio released two independent CDs, one in 1999, and a second in 2000. When a copy of one of those projects found its way into the hands of contemporary Christian/rap pioneer Toby Mac of the group dc Talk, also co-owner of one of that genre's preeminent labels, he was mightily impressed.

Mac, based in Nashville, contacted Antonio and told him to drop by his office whenever he was in town. That association led to Antonio landing five cuts on an album by the hit act, the Katinas, in 2001, and upped his visibility in the Nashville creative community and music business considerably. More than 40 cuts by other name artists, including Stacie Orrico, and Darlene McCoy's "Fallen In Love" from the hit soundtrack, "Tyler Perry's Diary of a Mad Black Woman," as well as Antonio's own finely honed skills as an artist and produce, made an artist project of his own an inevitability, leading steadily and surely to Days of My Life.

As Antonio steps onto the platform he's now been given, his thoughts run to what he can do not only to help other artists, but to broaden the range of today's musical categorizations, and diffuse some of the definitions that put limits on artists' creativity.

"I'd really like to help create opportunities for other urban artists who right now might feel like they don't stand a chance in this business," says Antonio. "Any success I have is something way bigger than me. I don't even want it to be about me. I want it to be about opening doors … the same kind of doors that have been opened to me.

"I want to write and sing about the things I go through, and a lot of people go through," he concludes. "I know, and I think it's clear in my songs, that and at the end of the day, Who's in control, and Who's going to get me through. And that gives me the freedom to look at, and live in, and write about all the aspects of His creation."

Or, you could simply say, real music about real life. ~ http://www.christianmusiccentral.net/artistsbiographies/987-antonio-neal-biography.html Read more on Last.fm. User-contributed text is available under the Creative Commons By-SA License; additional terms may apply. 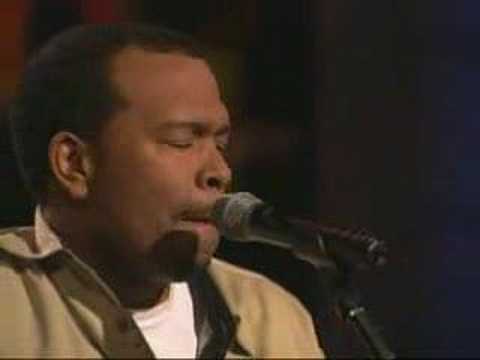