Anton Bruckner (4 September 1824 – 11 October 1896) was an Austrian composer known for his symphonies, masses, and motets. The former are considered emblematic of the final stage of Austro-German Romanticism because of their rich harmonic language, complex polyphony, and considerable length. Bruckner's compositions helped to define contemporary musical radicalism, owing to their dissonances, unprepared modulations, and roving harmonies. Unlike other radicals, such as Richard Wagner or Hugo Wolf...

Anton Bruckner (4 September 1824 – 11 October 1896) was an Austrian composer known for his symphonies, masses, and motets. The former are considered emblematic of the final stage of Austro-German Romanticism because of their rich harmonic language, complex polyphony, and considerable length. Bruckner's compositions helped to define contemporary musical radicalism, owing to their dissonances, unprepared modulations, and roving harmonies.

Unlike other radicals, such as Richard Wagner or Hugo Wolf who fit the enfant terrible mould, Bruckner showed extreme humility before other musicians, Wagner in particular. This apparent dichotomy between Bruckner the man and Bruckner the composer hampers efforts to describe his life in a way that gives a straightforward context for his music.

His works, the symphonies in particular, had detractors, most notably the influential Austrian critic Eduard Hanslick, and other supporters of Johannes Brahms, who pointed to their large size, use of repetition, and Bruckner's propensity to revise many of his works, often with the assistance of colleagues, and his apparent indecision about which versions he preferred. On the other hand, Bruckner was greatly admired by subsequent composers, including his friend Gustav Mahler, who described him as "half simpleton, half God".

Anton Bruckner was born in Ansfelden (then a village, now a suburb of Linz) on September 4, 1824. His father was a village schoolmaster, as was his grandfather. It was a meagerly paid but respected position in the rural environment. Music belonged to the school curriculum, and Bruckner's father was his first music teacher. Bruckner learned to play the organ already as a child. He entered school when he was six, and proved to be a hard-working student, and was promoted to upper class early. While studying, Bruckner also helped his father in teaching the other children. After Bruckner received his confirmation in 1833, Bruckner's father decided to send him to another school in Hörsching. The schoolmaster, Johann Baptist Weiß, was a music enthusiast and respected organist. Here, Bruckner completed his school education and learned to play the organ excellently. He also wrote his first composition, Vier Präludien in Es-Dur für Orgel for the organ. However, biographers do not regard the work as exceptional; in his youth, Bruckner was gifted, but not a genius. When his father became ill, Anton returned to Ansfelden to help him in his work.

His father died in 1837, when Anton was 13 years old. The teacher's position and house were given to a successor, and Bruckner was sent to the Augustinian monastery in St. Florian to become a choirboy. In addition to choir practice, his education included violin and organ lections. Bruckner was in awe of the monastery's great organ, which was built during the late baroque era and improved in 1837, and he sometimes played it during church services. Later, the organ was to be called the "Bruckner Organ". Despite his musical abilities, Bruckner's mother decided that her son's future profession remained a teacher, and in 1840 Bruckner was sent to a teacher seminar in Linz. After completing the seminar with an excellent grade, he was sent as a teacher's assistant to a school in Windhaag. The living standards and pay were horrible, and Bruckner was constantly humiliated by his superior, teacher Franz Fuchs. Despite the difficult situation, Bruckner never complained or rebelled; a belief of inferiority was to remain one of Bruckner's main personal characteristics during his whole life. Prelate Michael Arneth noticed Bruckner's bad situation in Windhaag and awarded him a teacher's assistant position in St. Florian, sending him to Krohnstorf an der Enns for two years.

In 1848 he was appointed an organist in St. Florian and in 1851 this was made a regular position. In St Florian, most of the repertoire consisted of the music of Michael Haydn, Johann Georg Albrechtsberger and Franz Joseph Aumann. In 1855, he took up a counterpoint course with Simon Sechter. He later studied with Otto Kitzler, who introduced him to the music of Richard Wagner, which Bruckner studied extensively from 1863 onwards. Bruckner continued his studies to the age of 40. Broad fame and acceptance did not come until he was over 60. A devout Catholic who loved to drink beer, Bruckner was out of step with his contemporaries. In 1861 he had already made the acquaintance of Franz Liszt who, like Bruckner, had a strong, Catholic religious faith and who first and foremost was a harmonic innovator, initiating the new German school together with Wagner. Soon after Bruckner had ended his studies under Sechter and Kitzler, he wrote his first mature work, the Mass in D Minor.

In 1868, after Sechter had died, Bruckner hesitantly accepted Sechter's post as a teacher of music theory at the Vienna Conservatory, during which time he concentrated most of his energy on writing symphonies. These symphonies, however, were poorly received, at times considered "wild" and "nonsensical". He later accepted a post at the Vienna University in 1875, where he tried to make music theory a part of the curriculum. Overall, he was unhappy in Vienna, which was musically dominated by the critic Eduard Hanslick. At the time there was a feud between advocates of the music of Wagner and Brahms; by aligning himself with Wagner, Bruckner made an unintentional enemy out of Hanslick. However, he was not without supporters; Deutsche Zeitung's music critic Theodor Helm, and famous conductors such as Arthur Nikisch and Franz Schalk constantly tried to bring his music to the public, and for this purpose proposed 'improvements' for making Bruckner's music more acceptable to the public. While Bruckner allowed these changes, he also made sure in his will to bequeath his original scores to the Vienna National Library, confident of their musical validity. Another proof of Bruckner's confidence in his artistic ability is that he often started work on a new symphony just a few days after finishing the previous one.

In addition to his symphonies, Bruckner wrote masses, motets and other sacred choral works, and a few chamber works, including a string quintet. Unlike his romantic symphonies, some of Bruckner's choral works are often conservative and contrapuntal in style; however the Te Deum, Helgoland, Psalm 150 and at least one Mass demonstrate innovative and radical uses of chromaticism.

Biographers generally characterize Bruckner as a "simple" provincial man, and many biographers have complained that there is huge discrepancy between Bruckner's life and his work. For example, Karl Grebe said: "his life doesn't tell anything about his work, and his work doesn't tell anything about his life, that's the uncomfortable fact any biography must start from." Numerous anecdotes abound as to Bruckner's dogged pursuit of his chosen craft and his humble acceptance of the fame that eventually came his way. Once, after a rehearsal of his Fourth Symphony, the well-meaning Bruckner tipped the conductor Hans Richter: "When the symphony was over," Richter related, "Bruckner came to me, his face beaming with enthusiasm and joy. I felt him press a coin into my hand. 'Take this' he said, 'and drink a glass of beer to my health.'" Richter, of course, accepted the coin, a Maria Theresa thaler, and wore it on his watch-chain ever after.

Bruckner was a renowned organist in his day, impressing audiences in France in 1869, and England in 1871, giving six recitals on a new Henry Willis organ at Royal Albert Hall in London and five more at the Crystal Palace. Though he wrote no major works for the organ, his improvisation sessions sometimes yielded ideas for the symphonies. Indeed, the orchestration in his symphonies often involves abrupt switches and call-and-response between multiple groups of instruments, much like switching manuals on an organ. He taught organ performance at the Conservatory; among his students were Hans Rott and Franz Schmidt. Gustav Mahler, who called Bruckner his "forerunner", attended the conservatory at this time (Walter n.d.).

Bruckner never married; he was attracted to teenage girls, who turned down the proposals of the older man. One such was the daughter of a friend, called Louise; in his grief he is believed to have written the cantata "Entsagen" (Renunciation). His affection for teenage girls led to an accusation of impropriety where he taught music, and while he was exonerated, he decided to concentrate on teaching boys afterwards. His calendar for 1874 details the names of girls who appealed to him, and the list of such girls in all his diaries was very long. In 1880 he fell for a 17-year-old peasant girl in the cast of the Oberammergau Passion Play. His interest in girls appears to have been based on the assumed virtue retained through their being young, and lasted as long as they seemed worthy of marriage; he feared sin. His unsuccessful proposals to teenage girls continued into his seventies; one potential relationship that might have been suitable when he was older came to nothing because the girl would not convert to Catholicism.

In July 1886, the Emperor decorated him with the Order of Franz Joseph. Bruckner died in Vienna in 1896, of natural causes. He is buried in the crypt of St. Florian monastery church, right below his favorite organ.
The Anton Bruckner Private University for Music, Drama, and Dance, an institution of higher education in Linz, close to his native Ansfelden, was named after him in 1932 ("Bruckner Conservatory Linz" until 2004). The Bruckner Orchester Linz was also named in his honor. 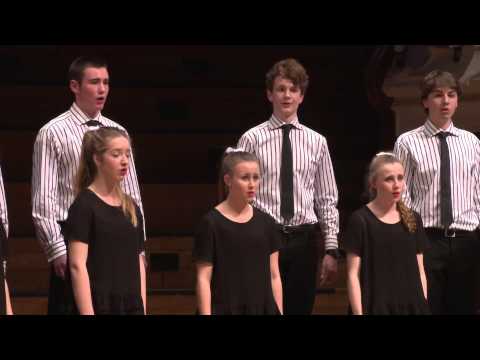 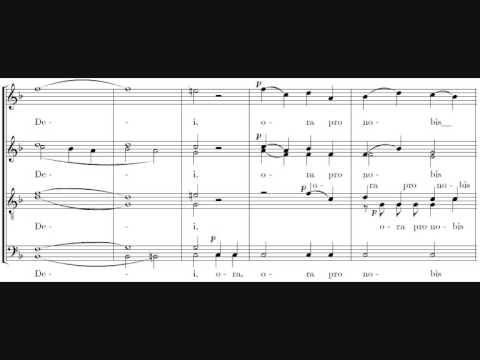