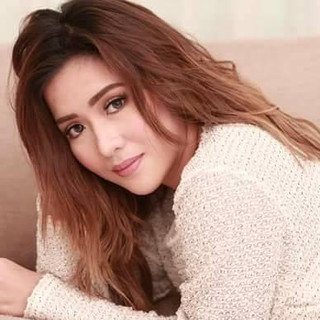 Angeline Quinto was born on November 26, 1989 in Sampaloc, Manila. Her mother tried to abort Angeline but was stopped by her adoptive mother which then the biological mother sold Angeline to her adoptive mother. This young and beautiful girl aspires to be a singer. Little Angeline, joined a lot of singing competition in her barrios but it turned to be a failure to her. Time after time, she lose. Despite of these, her spirit was not broken and she still continues to compete in a singing competit...

This young and beautiful girl aspires to be a singer. Little Angeline, joined a lot of singing competition in her barrios but it turned to be a failure to her. Time after time, she lose. Despite of these, her spirit was not broken and she still continues to compete in a singing competition. Then came the winning. Angeline won three singing competitions in just one night. Angeline became more confident of herself.

Quinto has cited various artists who have influenced her musical style. She grew up listening to songs of Regine Velasquez as the reason why she does music. Quinto credits Regine Velasquez's singing and her song "What Kind Of Fool Am I" as influencing her to begin practicing vocal "runs" as a child, as well as helping her pursue a career as a musician. Quinto also cites influences from American artists such as Mariah Carey, Whitney Houston and Beyonce Knowles.

In 2002, Angeline joined a prestigious singing competition on GMA 7 called, Star for a Night. She was then joined by, now Pop Princess, Sarah Geronimo and Pop Heartthrob, Mark Bautista. Which Sarah Geronimo ultimately won. Angeline was despressed but eventually moved on.

In 2004, Angeline was a finalist in MTB Teen Popstar whe she tied with Sherilyn Flores for the title and where she competed with Jonalyn Viray.

In 2010, she joined, a now defunct, Diz Iz It. A variety show which shows talent of Filipinos. Diz Iz It has a segment called Diz Iz Kantahan: Challenge the Champion - Singing where Angeline was a wildcard finalist.

In 2011, Angeline also joined a prestigious singing competition of ABS-CBN. The show is called Star Power: Sharon's Search for the next Female Pop Superstar. Angeline emerged as a winner and now the title as First female Pop Superstar for gaining a combined score from judges, online voting and text of 92.88%., followed by the 21-year old Krissel Valdez from Davao as the runner up. Monica Sacay ranked third where she scored 85.196%. The final showdown of the competition was held at the Ynares Center in Antipolo where Angeline Quinto bested four other finalists (Akiko, K-La, Monica and Krissel). There were three rounds of showdown. Akiko Solon of Cebu was the first to be eliminated at round one where all five contestants performed a song of their choice. In the second elimination round, four finalists performed a song picked by the judges. K-La Rivera was eliminated on this round with a final score of 83.45. The three remaining contestants competed for the third and final round singing an original composition from Star Records. Quinto also triumph one million cash, a car, and an entertainment showcase from Sony Philippine, diamond jewelry from JMK Jewelry and an exclusive recording contract from Star Records. She is officially member of ASAP Rocks.

She has released her very first/debut/self-titled album under Star Records. “Angeline Quinto” the album has 14 tracks including the original, alternate, radio, extended remix and minus-one versions of “Patuloy Ang Pangarap,” her winning contest piece in the 1st Search for the Next Female Pop Superstar.” Her debut album tops the list of selling albums for both local and foreign artists. It is considered as the best selling album of the first quarter of 2011.

The highly-successful sold-out concert featured special guests like Piolo Pascual, Richard Poon, Sam Milby, Coco Martin and Regine Velasquez-Alcasid. Velasquez made the announcement after her performance at Quinto’s first solo concert at SM Skydome as the next "SUPERSTAR". Read more on Last.fm. User-contributed text is available under the Creative Commons By-SA License; additional terms may apply.