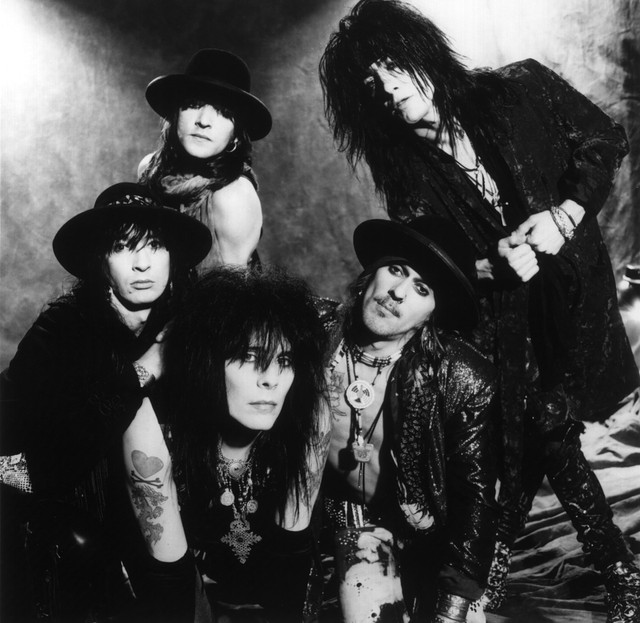 Antti Hulkko (born 11 October 1962), better known as Andy McCoy, is a Finnish musician. He is best known for his role as the lead guitarist and main songwriter of the rock band Hanoi Rocks, but has also played with Iggy Pop and a variety of other groups. McCoy's works cover a wide range of music genres, including rock 'n' roll, punk rock, flamenco, glam punk, glam rock, blues rock and hard rock. He is also an avid painter. Before Hanoi Rocks, McCoy had become well known in his home country, Fi...

Antti Hulkko (born 11 October 1962), better known as Andy McCoy, is a Finnish musician. He is best known for his role as the lead guitarist and main songwriter of the rock band Hanoi Rocks, but has also played with Iggy Pop and a variety of other groups. McCoy's works cover a wide range of music genres, including rock 'n' roll, punk rock, flamenco, glam punk, glam rock, blues rock and hard rock. He is also an avid painter.

Hanoi Rocks released their first album in 1981 titled Bangkok Shocks, Saigon Shakes, Hanoi Rocks, with eight out of ten tracks written by McCoy. The album was produced by Andy McCoy and Michael Monroe who were known as "The Muddy Twins". In 1982 Hanoi Rocks recorded and released their second studio album Oriental Beat in London. The original cover's back side featured Andy McCoy's then girlfriend Anna's naked breasts painted blue and red with "Hanoi Roxx" written across it. After the album's release, the band moved to London the same year, and subsequently fired drummer Gyp Casino before hiring Hanoi Rocks fan Nicholas Dingley, better known as Razzle, as drummer. The line-up with Razzle is considered the definitive version of Hanoi Rocks. Later that year the band released Self Destruction Blues, which had Razzle on the cover, but he didn't play on the album, because it was actually a compilation of old singles. The tour for the album took the band to Asia for the first time. The next year 1983, the band released Back to Mystery City and after that, in 1984, the band worked with producer Bob Ezrin, and released Two Steps from the Move. Before this, McCoy had written most of the songs by himself, but for this album Bob Ezrin helped McCoy with the writing, along with Monroe. He also got some help with the lyrics from legendary Ian Hunter (of Mott The Hoople). After Razzle's death, Sam Yaffa left the band due to personal differences with McCoy (amongst other reasons he was now engaged to Anna, McCoy's former girlfriend known from the Oriental Beat cover). The band tried out new members (amongst them The Clash ex-drummer Terry Chimes and bassist René Berg), but things didn't work out, so the band disbanded in 1985.

In 2001 McCoy and Michael Monroe started working together again and decided to reform Hanoi Rocks with two new members on guitar and bass, with Michael Monroe's solo career drummer, Lacu. They released Twelve Shots on the Rocks that same year. In 2005 they released Another Hostile Takeover with new members Andy Christell on bass and Conny Bloom on guitar (both formerly of the Electric Boys). In 2007 the band released the album Street Poetry. In 2008 Andy McCoy and Michael Monroe stated that they had taken the band as far as they could and so they decided to end the band. Hanoi Rocks played 8 sold out farewell gigs in 6 days at Tavastia Club, Helsinki. The original guitarist Nasty Suicide appeared as a special guest on three of the last gigs.

After Hanoi Rocks' break-up in 1985, McCoy continued with his next project "The Cherry Bombz" which featured the last Hanoi line-up (except Michael Monroe), which consisted of Nasty Suicide, drummer Terry Chimes, bass player Timo Kaltio and vocalist Anita Chellemah of Toto Coelo fame (previously scoring a hit with "I Eat Cannibals"). The band was perceived as being the next stage of Hanoi Rocks. The music of The Cherry Bombz was actually very similar to that of Hanoi Rocks'. The band played a handful of shows in Europe and in the United States in 1985 and 1986 and released two EPs and a live album and video, but never a full-length studio album. In 1986, Timo Kaltio was replaced by bassist Dave Tregunna (Sham 69, Lords of the New Church), but the group broke up the next year.

McCoy also worked with Nasty Suicide under the moniker "The Suicide Twins" and released the album Silver Missiles And Nightingales (which was the original working tile for Two Steps from the Move) in 1986, which also featured a guest appearance by René Berg. "The Suicide Twins" project disbanded in 1987

McCoy spent the rest of 1987 not doing much, except releasing his memoir titled "Andy McCoy – From Hanoi to Eternity", but nothing else. In 1988 McCoy released his first solo-album titled Too Much Ain't Enough. For the rest of 1988 McCoy did some acoustic gigs in Finland, moved to London and then to Los Angeles. Next McCoy struck a record deal with BMG. McCoy also became the first Finnish artist to have a gold record in the US, when Samantha Fox recorded a cover of The Suicide Twins' song "The Best Is Yet to Come". The rest of 1988 and some of 1989 McCoy spent touring as the guitarist for Iggy Pop. In 1989 McCoy appeared on the U.K. Subs' album Killing Time.

In the beginning of the 1990s, McCoy lived in Los Angeles with his son and new girlfriend, Johnny Thunders' cousin Angela Nicoletti (former girlfriend of Izzy Stradlin). McCoy formed the band Shooting Gallery and married Angela in October 1991. Shooting Gallery toured as an opening act for Kiss during a U.S. tour and also released an album in 1992, before breaking-up that same year. Shooting Gallery shortly came back and toured in Finland with Gyp Casino on drums in 1994, but again disbanded that same year.

In 1995 McCoy's second solo-album Building on Tradition was released and, aside from Hanoi Rocks, it became McCoy's biggest success. The album's biggest hit "Strung Out" was originally meant for Shooting Gallery, but it was not recorded until the second solo-album. For the tour for Building on Tradition, McCoy assembled the band Live Ammo, which featured McCoy (guitar, vocals), Angela McCoy (vocals), Dan Lagerstedt (guitar, vocals), Andy Christell (bass), Gyp Casino (drums) and Christian André (keyboards). Christell had to soon leave the band for family reasons, so Lagerstedt started to play bass. André was also fired from the band, and they soon disbanded.

Also in 1995, McCoy appeared on The 69 Eyes' songs "Vietnamese Baby" and the song "Wild Talk" from the album Savage Garden. Next McCoy returned to his childhood passion: painting (which he still does).

In 1996, McCoy and Pete Malmi reformed their old band Briard after 20 years. The new Briard (which also included Angela McCoy) released a new album simply titled Briard. That same year filmmaker Pekka Lehto started the filming for the movie The Real McCoy, a half-real, half-fictional bio-pic on McCoy. The film was released in 1999.

After Hanoi officially ended in 2009, Andy McCoy formed a band called "The Real McCoy Band", but this band broke up after just three shows, when guitarist Chris Shiflett returned to the US after his son contracted swine flu.

After 2009, McCoy was recruited as lead guitarist for Grease Helmet, a new Helsinki-based band. The first album of the band was released in September 2012. Besides working with Grease Helmet, McCoy has also performed with several other bands including the new band for a Finnish punk singer, Pelle Miljoona (which he had played before joining Hanoi Rocks) as well as Bam Margera's band in which he toured in Australia in 2015.

McCoy released an EP "Soul Satisfaction" in December 2018 and toured with Pelle Miljoona Oy from November 2018 to late August 2019. The band released a new EP called "Anna soihtusi palaa" (Let your torch burn) in October 2018 with McCoy on the guitar. McCoy released a new single "Seven Seas" on 15th of August 2019, with the announcement of a tour starting in 2020 and a full album release on 27th of September the same year. He also hosted an art exhibition with an acoustic gig at Hard Rock Cafe in Helsinki on the release day of the single Seven Seas.

McCoy was born in Pelkosenniemi, Finland, but grew up in Stockholm, Sweden. His father was a Romani, and his mother was Finnish and Swedish. Read more on Last.fm. User-contributed text is available under the Creative Commons By-SA License; additional terms may apply. 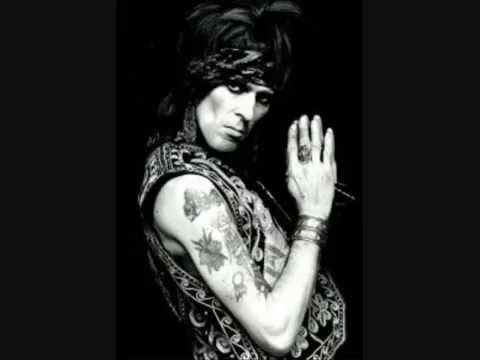 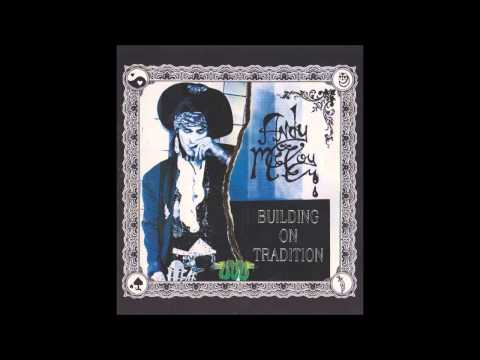 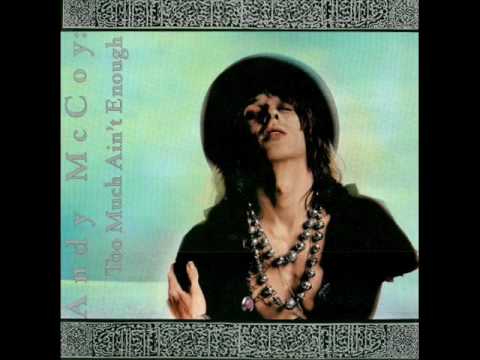 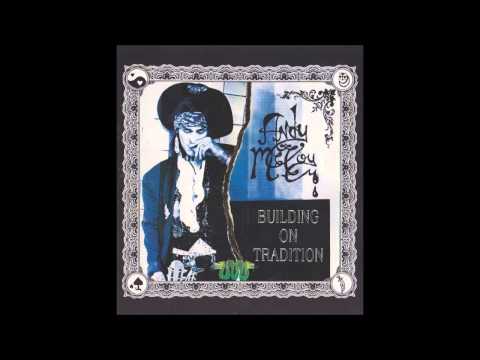 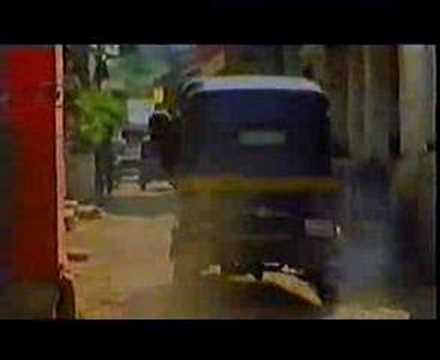 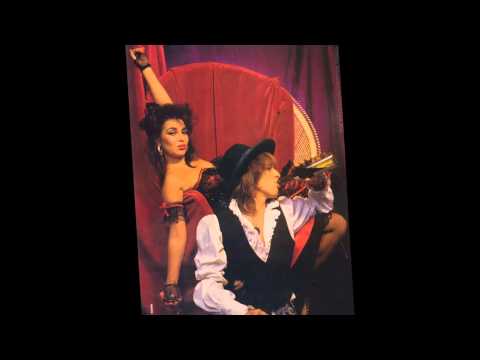 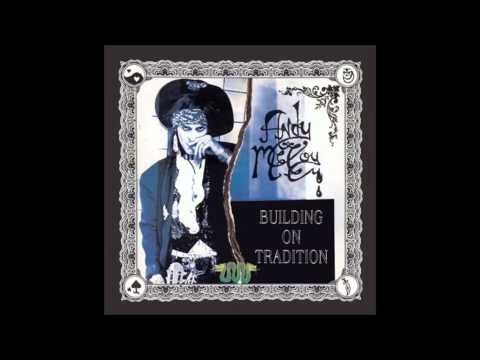