“Eddy Ate Dynamite, Good-Bye Eddy” is the mnemonic shortcut that kids in the USA use to become familiar with the basic notes of their guitar’s strings: E-A-D-G-B-E. For Andrew Paul Woodworth, the step up to a solo career is equally a new start with which he is beginning the game all over again. Solidly anchored in the L.A. scene, Woodworth founded the post-Grunge band Elephant Ride in the ’90s. Their first album was produced by John Paul Jones, the legendary bass player from LedZep, at his own...

“Eddy Ate Dynamite, Good-Bye Eddy” is the mnemonic shortcut that kids in the USA use to become familiar with the basic notes of their guitar’s strings: E-A-D-G-B-E. For Andrew Paul Woodworth, the step up to a solo career is equally a new start with which he is beginning the game all over again.

Solidly anchored in the L.A. scene, Woodworth founded the post-Grunge band Elephant Ride in the ’90s. Their first album was produced by John Paul Jones, the legendary bass player from LedZep, at his own request. Though the feedback was decidedly positive, the album didn’t fulfil Sony’s commercial expectations. The result: no second album with a major label. In addition, internal problems within the band led to a split-up. In 2002, Woodworth brought the band Virgil to life, equally clearly Rock-oriented, and certainly an above-average Indie success: Movie theatres across the US presented Virgil in their audio programmes and screened the videos on Top 50 markets. The band played at SXSW, and at the LA Music Awards 2005 the Virgil album “My Paradise” received the award for the “Independent Rock Album of the Year”.

Nearly simultaneously, Andrew began recording his first songs of his own together with producer Christian James-Hand. While working, it was more of a mood that led to the creation of Fight For Your Right, but the feedback came right away ? for example from the producers of “One Tree Hill”, who immediately featured the track in their TV series.

At this point it became clear to Andrew that he was already in the midst of kicking off a solo career. He began writing songs like a man obsessed. Together with James-Hand he completed the EP I Hate Music, which promptly became a small Indie hit in a very limited edition. The next logical step: a full-scale album.

Produced by Evan Frankfort (The Wallflowers, The Jayhawks, Rancid), Eddy Ate Dynamite displays the diversity Andrew Paul Woodworth has to offer on 12 songs and 3 interludes; not to mention his love of both melody and painstakingly arranged instrumentation. So it’s no surprise that real strings can be heard on the album, two violins and one cello. Besides that, there’s a horn player, a banjo, a harmonica and all kinds of little sound gimmicks that turn the album into an ear-catching trip.

Andrew Paul Woodworth’s voice might perhaps be described as the love child of Michael Jackson, Eddie Vedder and Jeff Buckley: emotional and entranced by melody, but never soft or powerless. Eddy Ate Dynamite reveals Woodworth as a man addicted to harmony through and through. It presents a kaleidoscope of different styles of playing within Pop and Songwriting. From light-on-its-feet and radio-worthy to introverted and melancholy and on to playfully complex harmony lines enhanced by suggestive horn arrangements, Woodworth pulls out all the stops time and again in order to find new approaches for his songs. Remarkably, a certain lightness weaves its way through all the tracks that enables listeners to lean back and enjoy.

Of course, this doesn’t mean that Eddy Ate Dynamite is just a carefree experience. A kind of double-bottomed meaning characterises nearly all the lyrics on the album. Even when they deal with hope, the optimistic search for a better place and a whole lot of love on the surface, lurking behind there is often a problem, something out of the past to be coped with, or him simply settling accounts with himself. It’s the conflict that arises for someone who doesn’t make things easy for themself, and it always involves the darkness that shimmers though wherever light shines. For instance, Thick Black Mark, the supposedly cheerful opening cut, sings the praises of having friends while bitterly settling accounts with one’s own feelings of guilt at the same time; The Day After The Day After Tomorrow is simultaneously an optimistic look ahead while wrestling to be freed from inner compulsions. Woodworth’s texts are both: artfully encoded lyrics that focus on themes which are valid for one and all, yet also lyrics that don’t shy away from calling a spade a spade. Woodworth has a sharp eye, an eye schooled by constantly seeking his own centre, which, in turn, has left him no peace his whole life long. Here is where the purely acoustic version of Fight for Your Right reveals its second face: as a doubt-plagued hymn to the detached disfunctionals among us who have no other choice but to go their own way.

One of the key words on this album is change. The change from a Rock musician who had his roots in bands to a Pop-oriented songwriter, but also the transition that occurs in going from one state to another. From problematical to enlightened, from being insecure to being someone with foresight. “I was always an angry young man,” Andrew explains. “I was often furious. I put the blame on others and on myself when anything went wrong. I annoyed friends because I behaved badly until I realised that I was feeling sorry for myself. I asked myself: ?Can’t there be a better way to do all this? Can’t it even be possible to make the world a bit better?’ At least you have to try.”

On the whole, an insight that has made Eddy Ate Dynamite a positive, bright album chock full of newly gained energy. “So I’m just trying to turn the bad into the good”, as Andrew says in closing. “To transform self-pity into love, and anger into passion.” Read more on Last.fm. User-contributed text is available under the Creative Commons By-SA License; additional terms may apply. 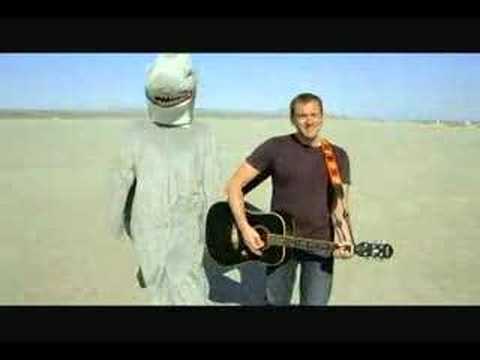