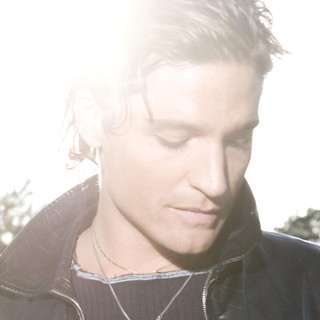 Andreas Johnson (born March 22, 1970 in Lund, Sweden) is a Swedish pop musician and songwriter. Born in Lund in the south of Sweden his family moved around the country, finally settling in a Stockholm suburb. In 1993, He started his musical career as the singer in Planet Waves, a group which released only one album, Brutal Awakenings before splitting up due to internal conflicts. He then turned to a solo career, releasing the debut solo album Cottonfish Tales. In 1999, he had an international h...

Andreas Johnson (born March 22, 1970 in Lund, Sweden) is a Swedish pop musician and songwriter. Born in Lund in the south of Sweden his family moved around the country, finally settling in a Stockholm suburb.

In 1993, He started his musical career as the singer in Planet Waves, a group which released only one album, Brutal Awakenings before splitting up due to internal conflicts. He then turned to a solo career, releasing the debut solo album Cottonfish Tales. In 1999, he had an international hit with the single Glorious, which later featured on the album Liebling, which has been used in a number of advertisements including Volvo, Nutella and Vauxhall. Deadly Happy, his third solo album, was released in 2002, and Mr Johnson, Your Room Is On Fire was released in 2005. 2007 he gave out a greatest hits CD called The Collector.

Bio from the poet site written by Unbry, Mysty and Bending:

March 22nd, 1970 - Lund, Southern Sweden: a wonderful baby starts to let the world hear his phenomenal voice: his name is JON ERIK ANDREAS JOHNSON. His mummy is called Marie, his daddy Gigge; they're both jazz musicians. He also has an older brother called Olof who's now a lawyer. Since they were children, the Johnson brothers have travelled throughout the world with their parents, always in a tour: "I've grown up on the stage, surrounded by instruments, scores and dressing-rooms sometimes not decent. [...] I was the group's mascot and to joke or because I liked it, I always ended up with taking a microphone in my hands, often on daddy's knees..." Music becomes a natural yearning for Andreas: as a kid he used to fall asleep listening to his mother singing jazz songs instead of traditional lullabies, believe it or not! In his early teens he moves with his family in a Stockholm suburb: "There was not so much to do, I only had three choices: sport, drugs or music and I chose the last!". He starts joining small bands and making his first experiences; his first band Silver Arrow made its debut in an assembly-hall at school "It was my first gig ever, It ended up with that I and the two guitarists went up and played without drummer. The guitarists were so nervous that they played with their back against the public". But his parents disagree with him having seen many friends quitting their musical career pretty soon. "So you don't want me to be in the music world? I'll prove you wrong!"

Andreas releases his first album with Planet Waves, "Brutal Awakenings", published by EMI only in Scandinavia. The band seems to take inspiration from Bob Dylan, and also the title is the same of a Dylan's album (Andreas will later confess that they didn't actually know anything about that album!). Between 1993 and 1995 love brings him with the band to New York, where he finds his first personal inspirations for his songs; back in Stockholm the band splits up "We didn’t come to agree. It became a total conflict. Also physical confrontations, fights".

Under the American influence Andreas releases, again with EMI and only in Scandinavia, his first solo album, "Cottonfish Tales". And here problems begin, he fight with EMI because they don't give him enough freedom, he takes a period off in Berlin and in this magic city the new album "Liebling" starts to breathe in only 2-3 months.

The album is dedicated to Debbie Starlight, mysterious inspiring muse, dead before her time but somehow still present in his songs' sounds. Italy brings inspiration too: he spends a couple of weeks in Porto Ercole, Tuscany, and, inspired by green Tuscanian hills, he writes 8 songs, 3 included in the album (the last three). As a final gift he gets a new contract with another recording house, WEA. Tales say that when Andreas went to WEA he brought with him three sample songs in DAT format, but the player jammed right at the proof moment; he took a guitar and decided to make a live performance, with an acoustic version of "The Games We Play": the editor was immediately crazy about it and signed the contract the same day! The POET's talent strikes back!

After the album conclusion, comes the single choice: for about two weeks Andreas and his band try to choose a song to be released as a single, but everyone has his own favourite and the choice is not easy; in the end the album opening song is chosen: "Glorious". In Gothenburg, during the first months of 1999, in an old dismissed gas container, Karl-Johan Larsson directs the video of "Glorious"; in interviews Andreas always says that it was "quite frightful: I was 80 metres above the ground and we were even without permissions!". The song is published just before summer, but it doesn't reach immediate success: "This song is too distressing for summertime" the POET says. But during autumn it becomes the biggest success of the season: it reaches the third place in Italian singles chart and also the fourth place in the "difficult" English chart, which is a quite good result for a debut single! Andreas receives two nominees for the Swedish Grammy Awards, as best single and best video for 1999. Critics unanimously recognise that "Glorious" is "the most beautiful song of the last decade". Concerts in Germany, England, Spain and Sweden are always sold out.

..At the end of 1999 the new single, "The Games We Play", is published in Sweden, reaching 7th place in the chart. Unsatisfied with the video shot in Praga, Andreas decides to shoot a new version during the weekend 4-5 march 2000, with the same director of "Glorious", Karl-Johan Larsson, and again in Gothenburg waiting for the new single to be published in the rest of Europe on May 15..

..In Autumn 2000 “People” video was ready and directed by Karl-Johan Larsson too in Kiev/Ukraina. At our advise the best video of our POET..

..After a long European tour from 1999 till Autumn 2000 till the presentation of the best hip hop MTV Europe Award, a long working period gets him ready to conquer the world..

...15/12/01 he is ready to enter in all charts with the new single Shine. A little taste coming from the new album Deadly Happy, third work of the Swedish singer songwriter, that will be released in Europe between March and April...

.. No one will ever stop the POET)
Read more on Last.fm. User-contributed text is available under the Creative Commons By-SA License; additional terms may apply.