The frontman of the band is Question Mark, birth name believed to be Rudy Martinez, who later legally changed his name to ?. His eccentric behavior helped establish the group in the national consciousness for a period. He claimed (and still claims) to be a Martian who lived with dinosaurs in a past life, and he never appears in public without his sunglasses. He also claims that "voices" told him he would still be performing "96 Tears" in the year 10,000. The group named itself after the 1957 Japanese science fiction film The Mysterians, in which aliens from the destroyed planet Mysteroid arrive to conquer Earth.

The original lineup was formed in 1962, comprising Larry Borjas (bass), Borjas' cousin Robert Balderrama (guitar) and Robert Martinez (drums). They soon added Frank Rodriguez (organ) and Rudy Rodriguez on vocals. These Mexican-American musicians were mostly born in Texas but grew up in Michigan. Borjas and Robert Martinez were soon drafted, and Frank Lugo (bass) and Eddie Serrato (drums) replaced them.

? soon wrote the song that would become their first and biggest hit. Originally titled "Too Many Teardrops," it was later dubbed "69 Tears," then "96 Tears." With Rodriguez's catchy Vox organ riff and its plaintive chorus, "96 Tears" was originally recorded as a single for local Pa-Go-Go Records, owned by the group's manager. The song became a regional hit in the Flint and Detroit areas. ? licensed the record to Cameo-Parkway Records because their logo was his favorite color, orange.

"96 Tears" was quickly a huge hit, as was their debut album, 96 Tears. The next two singles (I Need Somebody, and Can't Get Enough of You Baby) were also hits, but nowhere near as popular as "96 Tears". The group's second album, Action, was not as successful and the band briefly recorded with Capitol Records, Tangerine Records and Super K, but they found little success. In the meantime, "96 Tears" became part of the standard garage rock repertoire, and has been recorded in dozens -if not hundreds- of different versions.

In the early 1970s, ? & the Mysterians reformed but once again was unable to attract much attention. ? worked as a dog breeder until the band reconvened in 1978, playing a reunion concert in Dallas, Texas. Still unable to attract much attention, the group disbanded again until "the voices from the future" supposedly told ? to reform the band in 1997. This time, though, they found more success with a whole new generation of music fans who had discovered the garage punk records of the 1960s through reissues such as the Nuggets series of albums, and the many modern-day bands playing in the same style. The reformed Mysterians gigged sporadically throughout 1998 and 1999 and made two visits to Europe where in November 1998 they wowed a capacity crowd at the "Wild Weekend" garage rock weekend in London, followed by a second longer tour in summer 1999 and a somewhat bizarre appearance at the Royal Festival Hall classical music venue as part of the "Meltdown 1999" music festival.

Unable to secure the rights to their own recordings, the rights to which now belong to Allen Klein, the Mysterians re-recorded their original 1966 album and released it again on a new label in 1997. Do You Feel It Baby?, a live album, was released in 1998 with moderate success. There was also a new studio album, More Action, in 1999. Meantime, in 1998, the band Smash Mouth had a hit with a cover of the Mysterians' "Can't Get Enough of You Baby," which appeared in the Can't Hardly Wait movie soundtrack.

The Mysterians still play live in and around their home state of Michigan, and a documentary film about them is slowly being assembled. Titled Are You For Real, it will include footage from their 40 years in the music business - from 1966 to the 1997 reformation and to the current day.

The name of the group provided inspiration for naming a nwq branch of the philosophy of the mind (New Mysterianism).

?'s home sadly burned down in January 2007, destroying 40 years worth of memorabilia and killing four of his Yorkshire terriers. Plans quickly got underway for fund raising events to help him recover from the uninsured loss. By 2010, his new home was finally being built. 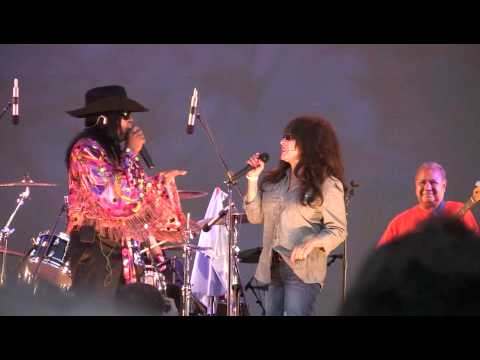