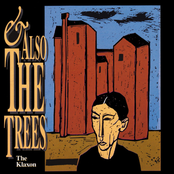 And Also the Trees is a post-punk / gothic rock band formed in 1979 in Worcestershire, UK. The group started in the dawn of the 1980s in Inkberrow, a small village in Worcestershire, far in the countryside. They never had the pressure to move to London. Inspired by the ideology of a still-developing post-punk movement, the band was influenced almost exclusively by the landscape and history of the rural environment that surrounded them. A home demo tape was sent to The Cure which led to a frien...

And Also the Trees is a post-punk / gothic rock band formed in 1979 in Worcestershire, UK.

The group started in the dawn of the 1980s in Inkberrow, a small village in Worcestershire, far in the countryside. They never had the pressure to move to London. Inspired by the ideology of a still-developing post-punk movement, the band was influenced almost exclusively by the landscape and history of the rural environment that surrounded them.

A home demo tape was sent to The Cure which led to a friendship between both bands. In 1981 And Also the Trees played several shows in support of The Cure's UK tour. Their second demo tape "From Under the Hill" (1982) was partly co-produced with Robert Smith and Mike Hedges.

Their first two single releases Shantell, The Secret Sea and their debut album, simply called "And Also the Trees" was produced by Laurence Tolhurst and was released in 1983. The debut album reflected the early, tentative post-punk roots. They got the attention of John Peel and were invited to do a session on April 7th, 1984 produced by Dale Griffin for broadcast on April 24th.

After a second tour with The Cure in 1984, they severed their musical relationship and developed their very own sound. The EP "A Room Lives in Lucy" (1985) introduced the mandolin-like guitar sound which became their trademark for the next few years. Justin Jones in 1985 on the first releases: "I think our musical progression is similar to that of Joy Division's. If you listen to 'Warsaw' and then 'Joy Division', their awareness of atmosphere increases. Creating an ambience is very important."

Primarily influenced by their rural English environment the band released "Virus Meadow" (1986), an album of rich, pagan melancholy & disturbing laments. There is no sane urbanity here; only heretic nature. And Also the Trees are acutely attuned to their environment: the band employ language to communicate, rather than to satiate.

In the same year the band went on their first European tour of which the live album "The Evening of the 24th" (1987) gives a testimony. Another EP "The Critical Distance" was released in 1987. The violent nature of the material shows a band fighting their way back to creativity from the first creative block they had endured in the time after the release of "Virus Meadow".

With regained inspiration And Also the Trees polished and matured the sound they had began with "Virus Meadow" the following years. Audible proof can be found in the singles "Shaletown" and "The House of the Heart" and the next album "The Millpond Years" (1988) which sees the coming of the keyboard producer Mark Tibenham. The issue of a modern, industrial society carving its way through the heart of a rural idyllic is something that was a prevalent lyrical theme throughout this period in the band's evolution.

This is also true to the highly acclaimed "Farewell to the Shade (1989), an album influenced by personal memories and inspired by poets and painters from the early 19th century. 1989 also saw the single releases of "Lady D'Arbanville", a completely revised Cat Stevens cover of a song the Jones's brothers had grown up with and the French-only 'Misfortunes' single. These years marked their greatest commercial success. With the last albums and exhaustive touring the band created a strong following all over Europe and also got some attention in Japan, far away from the quick fashions of London. The Paris concert in 1989 where the band was playing in front of a huge audience is remembered as one of the most remarkable moments in the bands career.

1990 was a year of introspection with only three European dates. They changed their management, made a US tour (1991) and reactivated contact with The Cure which resulted in the U.S.-only release of the EP The Pear Tree featuring a remix by Robert Smith and Mark Saunders.

In 1992 the band released the last album produced by Mark Tibenham called "Green Is the Sea" in which the keyboard was more prominent. New characters embark on ghost ships, across dangerous seas and drifting by new mirages of love and truth. It is perhaps the band's most accessible work which they promoted with a two-legs European tour including Belgium, Germany, Switzerland and France with many sold-out dates.

A hard nucleus of fans pushed them for a digital remastering of their singles and EPs. So "From Horizon to Horizon", a CD collection of primarily single and non-album tracks between 1983-1992 was released.

A new chapter followed in 1993. Elaborated in Cornwall during the tempest of the summer and recorded in front of a wildly furious sea "The Klaxon" features an increasing mix of urban moods. Trumpet, acoustic percussions, mandolin and bright sounds dominate assisted by a Hammond organ. But there's not only urbanization. The bad working streetlights then turn into red sunrises, chaotic intersections become green hills, doves circuit the sky and in lace white fields, we cut the violets and smell the perfume of the corn where time has stopped.

1994 sees the band touring which resulted in the release of the live album 'Le Bataclan' and a tour video from the concert in Hamburg.

In 1995 a project called G.O.L. between Justin Jones and Mark Tibenham along with Antonia Reiner resulted in the electro-ethno-ambient release of the album "Sensations of Tone" and the single "Soma Holiday". The album features a cover version of the early And Also the Trees song 'There Were No Bounds'. Meanwhile Steven and Nick moved to London and Simon to Switzerland.

The band's seventh regular studio album "Angelfish" (1996) sees the band venture deeper into American themes, abandoning the guitar sounds they became synonymous for now mostly using a 50's guitar sound instead. With an increased interest in different forms of American art like painting, literature or different films and directors the band tried to include these influences into the music to create a British perception of "Americana".

"Silver Soul (1998) follows the path of Angelfish using a more heterogeneous approach with more poetry elements present in the lyrics than on the former release and introducing some Jazz influences. Silver Soul takes the listener on a musical and lyrical road-movie through a long deserted street across endless open spaces. References in sound and voice had been made in reviews regarding Chris Isaak and Nick Cave and the Bad Seeds and is maybe the band's most atypical album. "Silver Soul" was the band's first new release on their own label. With Nailed the band released an EP the same year.

After a five year break And Also the Trees released "Further From the Truth" (2003) recorded in the Worcestershire countryside and co-produced with Matt Devenish. With this album the band left the 50's sound of the predecessors behind and tried what they felt was natural for them to play. With a mellow and again more original sound they returned to their trademark rural romanticism imbued with a newly acquired edginess and realism by means of a much darker tone; recalling emotions of nostalgia drawn on contemporary influences.

In 2004 and 2005 And Also the Trees played a few shows at some huge festivals like the Paleo Festival and the Wave-Gotik-Treffen. They celebrated the 25th anniversary with a best-of "1980-2005" compilation and special shows on a Parisian boat and a celebrated church in Germany.

The long awaited first And Also the Trees live DVD was released August 2005. Next to the show in Geneva from the 'Further From the Truth' tour it features three music video films: \21 York Street, The Untangled Man and Hard Stone Day. The individually numbered digi-packaged DVD was a small mail-order only release.

November 2007 saw the release of "(Listen for) The Rag and Bone Man", their latest album. It takes us on a dreamlike journey through dark landscapes populated by stray nursery rhyme characters, mysterious women who peer into the psyche and pools of light that appear like reflections of their pastoral upbringing. The album was recorded on the estate of an 11th century manor house in rural Herefordshire and finished in a Victorian chapel in the East End of London - settings that exemplify the vividly spectral quality of this album. A policy of using 'real' instruments, including a double bass, zither and piano has resulted in a rich, organic sound, coloured further by a guitar that brings to mind the trademark sound of And Also the Trees' formative years. 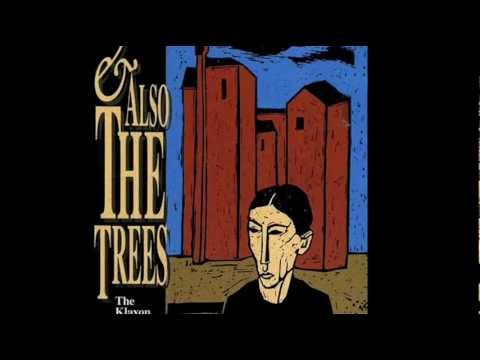 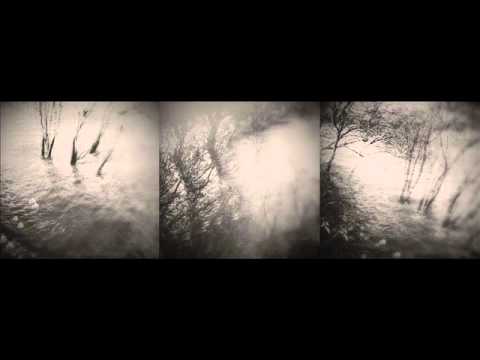 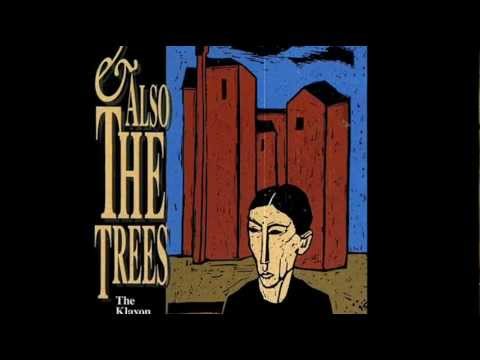 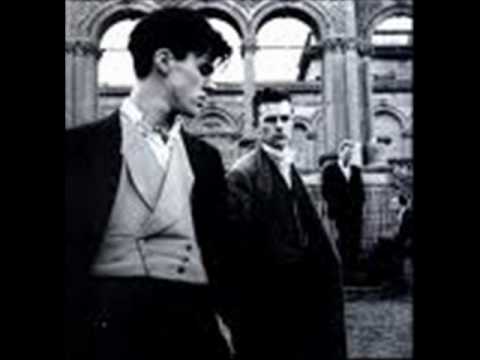 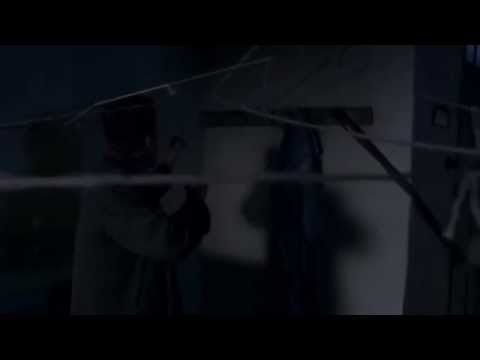 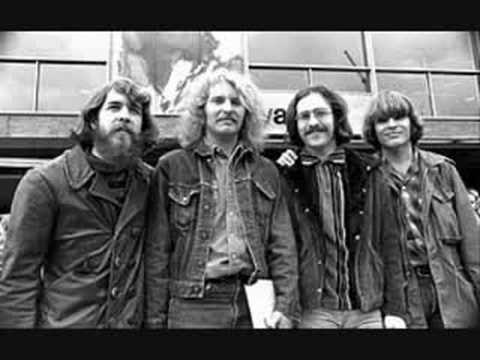