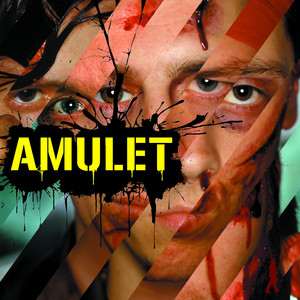 There are more than one band named Amulet: 1. A hardcore band from Norway 2. A metal band from the United Kingdom 3. A rock band from Finland 4. A rock band from the United States 1) Norwegian Band After a week of borrowing each other's records, Amulet recorded their first demo in September]1993 Little did they know that this was the beginning of a working relationship spanning over a decade. They formed as a three piece with Lars Rasmussen on guitar, Torgny Amdam on vocals/drums and Arne Haabe...

1) Norwegian Band
After a week of borrowing each other's records, Amulet recorded their first demo in September]1993 Little did they know that this was the beginning of a working relationship spanning over a decade. They formed as a three piece with Lars Rasmussen on guitar, Torgny Amdam on vocals/drums and Arne Haabeth on bass. The two first official releases dabbled in teenage sentimentality: the self-titled debut and the Engrave EP were emo before emo achieved genre-status. If anything, it is 17 year old Lars' intricate, yet to-the-point, guitar playing that most clearly stands out and hints at a future potential for this band. Amulet gradually moved towards a more direct and aggressive style.

Having been raised by eighties hardcore, they looked to their musical roots, something that is very evident in the Diamond 7" (1997): A fast, adrenaline-fuelled hardcore song ending with a triumphant moshpart. Now they had the very athletic hardcore drummer Truls Berg on board, adding precision and power.

Amulet was now a fullblown old-school hardcore band. Between playing regular shows, mostly in their home city of Oslo, Amulet recorded the Life on the Edge of Chaos 7" in August 1998. This takes on an even harder and more direct approach than Diamond, but at the same time incorporates classic rock and heavy-metal elements. The title track stands out with one of the most original and no-bullshit choruses in the history of hardcore.

Jay Torres joined on bass just before the Chaos-recordings. The young Philippine added depth and punch to what had become a thriving underground band. With a steady line-up and a continuous urge to write better and more songs, the band felt they were ready to record a full-length album.

In 1999 Amulet teamed up with the producer-duo Schreiner/Møller. Knut Schreiner is best known as Euroboy from Turbonegro, while Anders Møller, the former drummer in the legendary punk-outfit Anal Babes, plays drums in Euroboys. It turned out to be a fruitful relationship: they had a lot of references in common, but there were also huge differences. The result? An extremely mean and fast paced hardcore-debut with raw guitars and restless drums. On The Burning Sphere one can hear the true ambition of the (still) present member and drum wizard Jonas Thire as he pounds away. The record produced semi-hits such as "Won't Hold Back" (they still play that one live to this day), "Adore" and "Out of the Blue"

Released on S2 records, the album gained recognition in the Norwegian music press: Journalists seemed fascinated with this hyperactive outburst of an album, and word had it that they gave it all in their live shows. By now the renowned guitarist Espen Follestad, formerly in Sportswear, had joined the band. More guitar-dynamics had been sought after for a long time, and his playing, along with his relentless back-up singing, was warmly welcomed.

The summer of 1999 was spent playing festivals in Sweden and Norway. After the Øya-festival that year, Jay quit.

In the late year of 2000 the remaining guys started recording the album that came to be known as Freedom Fighters together with producer Marius Bodin (Turbonegro, Scum). Ambition was at a high peak They wanted to make a "different" hardcore album. The multi-instrumental Andreas, best known as the vocalist in Oslo's screamo kings JR Ewing, stepped in on bass. The more experimentalist Amdam was in constant conflict with the more rational and "true to the core" Rasmussen.

Amdam managed to fight through two ideas while recording Freedom Fighters, namely the very unlikely guest appearances by US born soul singer Tracee Meyn and the vocal group Charmed. This feminine element gave the album a sharp edge in the streamlined, macho-infested hardcore/punk landscape. And what is more, Rasmussen dove deeper into his childhood memories of hardrock, something that resulted in a rough mix of fast paced hardcore and asphalt punk with a metal twist.

Starting off the album is "Naked Eye", a sort of doomsday anthem with "nailed to the wall"-style riffing backed up by words like "Things can't be tamed, you gotta know it's the rule of the game, no such thing as shame, social porn, life pretends, we got more to gain". "Profane Wishes" comes across as a ballad made by hardcore kids being backed up by a soulful Tracee Meyn singing "don't wanna hear you say "keep your heart at bay"". Freedom fighting indeed! In retrospect it truly is a different hardcore album. A true classic. Freedom Fighters was released on MNW (Scandinavia) and Bitzcore (World).

By now Amulet had gotten quite some attention in the Norwegian press and had done three very underground European tours. They'd also gotten a new bassist: Robin Snasen.

Enter February 2002: Amulet wins the special Jury Prize at the Norwegian Alarm Awards. In March they get six out of six for their live performance at "By-larm" - a key industry fair in Norway. Sony Music Norway re-releases Freedom Fighters (Columbia) in late 2002 with bonus material consisting of live songs and the Naked Eye video. At the same time the band had been working towards a new album. It was natural for Amulet to approach Schreiner/Møller again (producers from The Burning Sphere album).

At the duo’s new Oslo based studio Crystal Canyon, Amulet hammered down seventeen songs. Twelve of these make up Danger! Danger! . It is clear that with this record, Amulet has gone full circle in one important sense: With an overall classic hardcore sound, style and approach, traces of the early, very melodic Amulet blends in with various influences from other styles of rock music. The epic "Breaking News" with its dramatic heavy metal-pastiche ending; the longing and melancholy "We are Thunders"; the shameless "Nine Lives" where boy’s room punk-riffing plays as if from a stadium. Amulet toured England with Give Up The Ghost and Germany and the US westcoast with Turbonegro in 2003.

Enter 2005. The Swedish Producers Pelle Henricsson and Eskil Lövström (Refused, Poison the Well, Hell Is For Heroes etc).were approached and flew in to Oslo for a week of preproduction at Ruins Left – the band’s practice space. Songs were scrutinized and challenged, perspectives were questioned, and performances were sharpened. A couple of weeks later Amulet headed north to the city of Umeå in Sweden and Tonteknik Recording, the home turf of Henricsson/Lövström. The idea was to nail the songs down in a direct way with every musician in the band playing along on every take. The result came to be known as “All That Is Solid Melts Into Air” (Sonybmg, Golf records). Make sure you hear this pure grower of a no bullshit album. Listen for yourself.

Amulet has survived as a band longer than most people are into a scene during their lives. That, in itself, is proof that these guys really mean it. It seems that they are very music-driven and have a near inexhaustable reserve of energy to keep them going when others would have caved. The story of the band so far is ”a true tale of commitment”.

Amulet played their final show at the Øyafestival in 2007. Their drummer Jonas continued as a drummer in Silver. While Torgny went solo with a project simply called Torgny

Their first demo called Cut The Crap was released as a limited edition cassette at the end of 2011. 222 tapes (22 yellow - not available to public, 25 red, 175 white), after the tape sold out a 7” vinyl re-release of Cut The Crap was offered to be put out on Mordgrimm Records for release around easter 2012.

(3) Finnish Band
Amulet was founded in Lahti in 1968 by Pekka Sormunen (ex-The Shapes) and Pertti Sormunen (ex-The Wanderers). In the early days the guitar players came and went until the young Hannu “Hans” Helminen (ex-Noise) was found. When Wallu joined the band the line-up was Pekka Sormunen (vocals, drums), Hannu Helminen (guitar), Pertti “Teddy” Sormunen (bass, vocals) and Wallu Heinomaa (vocals, guitar). The band gigged regularly, even though each member had a steady job.

When Helminen was relaced by Heikki “Mickey” Hiiri (ex-Custard Pie) the band was enjoying its heyday. With the album “Caddy by Amulet” published in 1976 Amulet hit the national charts (the album nearly sold gold), the single “Suomen Chicago” (Chicago of Finland) got a lot of airplay and more than 200 gigs were played yearly.

The band was more than the recordings let know. Their live repertoire was quite heavy including a lot of rock, sixties feeling and sometimes even country. A good example of the tight playing of the band was seen and heard in the television program “Iltatähti” (Evening Star) in 1975 when Amulet played live “It´s not a nations´s fault” written by Wallu.

At the same time Wallu was for a while a member of a Heinola-based group For Inside, which played heavily experimental progressive/fusion music: their set consisted of long self-penned musical themes, which were improvised. The line-up was: Wallu (vocals, guitar), Heikki Keskinen (saxophone), Kari Leino (bass) and Timo Ronkainen (drums). Wallu also worked for D-Tuotanto (D-Tuotanto is one of the biggest booking agencies in Finland). The name of the game was Locomotion, a backing group for Markku Aro (a quite popular singer of easy-listening music in Finland). During the evening the band played two sets of their own and one with Markku Aro. The members of the line-up were Attila “Otto” Berger (guitar, vocals), Kimmo “Kippari” Parviainen (keyboards), “Kalmisto” Hautala (bass) and Hannu Rontu (drums). “Otto” Berger asked Wallu to be his replacement, because he was leaving for his ex-native country Austria for a holiday, but actually his trip took several months. In 1976 Wallu was also seen with Sleepy Sleepers, the band that caused offence everywhere (especially in the minds of the older people). Those days Wallu didn´t have problems with his leisure time! During his career he has done countless stand-in gigs e.g. with local dance orchestras playing the guitar, bass or drums and, of course, singing.

Amulet is still alive and well and gigs yearly every now and again. The present day line-up is Wallu Heinomaa, Heikki Hiiri, Hannu Helminen, Pekka Sormunen and Pertti Sormunen. After its formation the band has published six singles and three albums. Besides there are some stray tracks published in the collection albums e.g. by Satsanga (a record company dead and buried). Wallu produced the Amulet albums “Play it” and “Monet joet ylitän” (Many rivers to cross) and took part in the designing and art work of the album covers.

The year 1977 brought new changes. Wallu and Heikki Hiiri left Amulet and with Vesa-Matti “Wellu” Lehtinen and Esa “Palsa” Lahti (both ex-Separaattori, a backing group for Salomon, a singer of some reputation in the seventies) formed a band called NEPA. The name was partly loaned from a Lahti-based band of the sixties N.E.P.A (North European Pacific Artists) in which “Palsa” had played the bass.

(4) American Band
Obscure long haired, boogie heavy hard rock band out of Indiana. Put out one album on their own label in 1980 which became something of a collector's item of Midwestern rock. Read more on Last.fm. User-contributed text is available under the Creative Commons By-SA License; additional terms may apply. 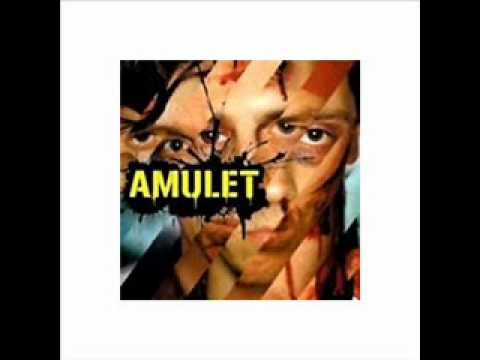