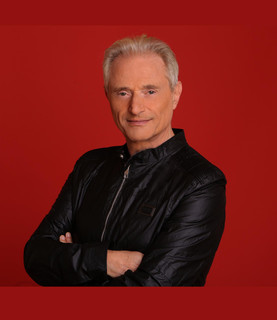 It is the end of the 60s, and Amedeo Minghi records “Alla fine”, a record very much sought after today.
In 1976 his first hit, “L'immenso”, becomes one of the 70s'greatest. There are other subsequent successes and, in 1983, he composes true milestones such as "1950", "St. Michel", "Quando l'estate verrà", "Sognami", "Emanuela e io", "Cuore di pace", "Ladri di sole", followed by “Serenata” e "Le nuvole e la rosa". In April 1989, he chooses the theater “Piccolo Eliseo” in Rome for a performance where he alternates songs at the piano with the recital of monologues. The recital “FORSE SI MUSICALE” is a huge success: “Vita mia", "Canzoni", "Vattene amore", (the last two written for Mietta and produced by Amedeo). It is followed by "Nené", the concert at “S. MARIA IN TRASTEVERE” (40.000 people), the concert at “Teatro Sistina” in Rome, and the very successful concert of “I RICORDI DEL CUORE” at the “Stadio Olimpico”. The popular success of the latter is demonstrated by the large sale of a double Home Video. At the same time, Amedeo is also working intensely as a composer of sound tracks (8 TV fictions and “EDERA”, the first TV drama series screen produced by Fininvest). Of particular importance are the sound tracks composed for the five series of "Fantaghirò" interpreted by Alessandra Martinez and distributed in 78 nations under the title of "The Cave of the Golden Rose". The character of of the little princess Fantaghirò inspires one of the most appreciated recitals of Amedeo Minghi: "Fantaghirò & Fantaghirò". In the second half of the 90s there are other major works such as "Come due soli in cielo" and "Cantare è d'amore" which is met with overwhelming success in South America. Minghi holds three sold-out concerts in Sao Paulo, where the publication of two albums, one of which is an anthology, prove to be very successful. More than 250.000 copies are sold. Amedeo greets the end of the second millennium with “UN UOMO VENUTO DA LONTANO” dedicated to Pope John Paul II and performed in his presence in the “aula PAOLO VI”. The video of the performance is included in Amedeo's now famous album “DECENNI”. This masterpiece is followed by "GERUSALEMME", a piece commissioned by the Vatican on the occasion of the 'Jubilee 2000', and contained in the double CD “Minghi Studio Collection”. Amedeo participates in the Sanremo Song Festival of 2000 singing "Futuro come te" with Mariella Nava, subsequently, he publishes his 20th album, “ANITA”, a future musical that will narrate the greatest Italian love story: that of ANITA and GIUSEPPE GARIBALDI which will also become a "fiction" for "Rai 1". Minghi has already collaborated with Massimo De Rita e Mario Falcone on its subject-matter and dramatization. It will be published by “Publispei” (of Carlo Bixio) e “ Good Time” (by Gabriella Bontempo). Minghi also composes and sings the new musical theme for the TV drama series “Terra Nostra 2- La Speranza”. In 2002, he publishes his 21st album "L'altra faccia della luna". This album, and particularly the song "Un uomo venuto da lontano", leeds to a series of concerts in 2003 under the auspices of the Italian Ministry of Foreign Affairs and with the collaboration of the "Istituto Italiano di cultura". Amedeo performs in South America (Rio de Janeiro, Sao Paulo - Cordoba e Buenos Aires), in Europe (Cracow, Strasbourg, Bucharest, Madrid, Rome) and in JERUSALEM. He closes this series of performances on December 19, 2003 with a concert at the “Palalottomatica" transmitted live by satellite. Minghi publishes, as part of a collection, his song "Cosí sei Tu" which he sang the previous year in a duet with the Muscovite singer Diana GurzKaya at the Kremlin Theater in Moscow. He also participates, as a composer, in Bocelli's new album "Andrea" by contributing the song "Per Noi". On January 21st, 2005, AMEDEO MINGHI's new album entitled "SU DI ME" is released, and on March 21st, Minghi begins his Theater Tour in his favorite form, a recital, at the "Teatro Nuovo" in Milan. He participates with Lino Banfi in a project for “UNICEF” which later results in the production of a CD, entitled "Sotto l'ombrellone”. Lino Banfi contributes the lyrics, which Amedeo puts into music. In addition to being the author of the music, in this CD Amedeo also plays the “straight man” for the great comedian from Puglie. Together, they perform light heartedly in ten new songs successfully describing in amusing details the behavior of Italians caught in curious situations while vacationing at the beach. 2006, in celebration of Amedeo's CAREER OF 40 YEARS IN MUSIC, EMI publishes (April, 28) the Amedeo Minghi's “PLATINUM COLLECTION”, consisting of 3 CDs, containing 48 hits plus the new song "ED ALTRE STORIE". This collection underlines Amedeo's artistic road which is also the subject of his first autobiographical book “L'ASCOLTERANNO GLI AMERICANI”, published by Rai Eri and distributed by Mondadori, written in the first person and recounting his artistic life lived through the changes of two whole generations.

In the role of "artistic producer", Amedeo Minghi prepares for the "Khorakhané" their first album entitled "La ballata di Gino" which they presented at the 57th edition of the Sanremo Festival under the "Youth Category". He composes the sound track for the movie "L'allenatore nel pallone 2", with Lino Banfi, released in a CD produced by Warner Chappel Italia.

On February2, 2008, he brings to fruition a concert at the "Auditorium della Conciliazione" with the "Sinfonietta Orchestra" of Rome composed by more than 90 elements, directed by maestro Renato Serio. He sings in a duet with many of the participant guests: Lino Banfi, Serena Autieri, Mietta, Rossana Casale, Vincenzo La Scola, Fabio Andreotti, Gabriel Orit e Hakeem Abu Jaleela, Lolla , Khorakhané , Maria Dangell plus Giulio Base and Laura Comi ("etoil" of the " Opera di Roma"). He copresents the entire event with Eleonora Daniele.

Presently, he is working on a video, soon to be released, of the entire concert held at the "Auditorium della Conciliazione". 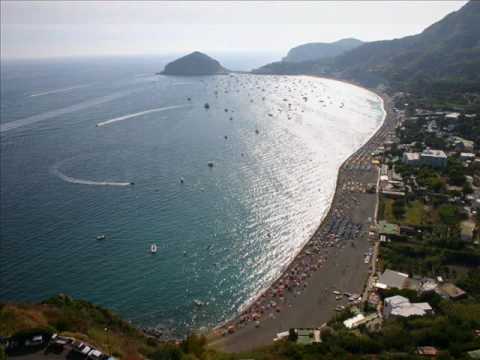