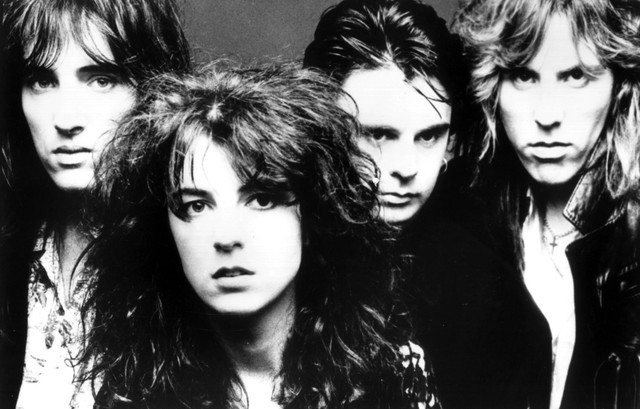 All About Eve is an 80's British goth rock group with a unique, folk-rock-influenced take on the style. The creative core consists of Julianne Regan (vocals) and Andy Cousin (bass guitar), with other members changing over the years. Julianne Regan, a former journalist, played bass for the popular rock group Gene Loves Jezebel for a little while. The initial core of All About Eve was Regan, guitarist Tim Bricheno, and bassist Andy Cousin from Aemotti Crii. As a three-piece (plus a drum machine),...

All About Eve is an 80's British goth rock group with a unique, folk-rock-influenced take on the style. The creative core consists of Julianne Regan (vocals) and Andy Cousin (bass guitar), with other members changing over the years.

Julianne Regan, a former journalist, played bass for the popular rock group Gene Loves Jezebel for a little while. The initial core of All About Eve was Regan, guitarist Tim Bricheno, and bassist Andy Cousin from Aemotti Crii. As a three-piece (plus a drum machine), they released a series of independent singles starting from 1984 including "D For Desire", "In The Clouds" and "Flowers In Our Hair". After Julianne sang backing vocals for The Mission's God's Own Medicine album, the band received greater attention and were signed to Phonogram. Drummer Mark Price was added around this time.

Their self-titled debut album was released in 1988 and produced the UK hit single Martha's Harbour. Drawing much of its lyrical material from hippie ideals, white magic and dreamlike fairy tales, the album's gentle folk rock-inspired pop sound won the band many fans (nicknamed "angels"). Although often falsely lumped by the media under the label of goth rock, little (if any) such inspiration actually played a part in the band's music after around 1986, any "goth" connection being drawn not from the music, but from the previous and future engagements of the band members in the musical scene of the time.

In a well known incident, the band later performed a dubbed version of Martha's Harbour on the BBC1 television show Top Of The Pops, but, owing to a studio technical error, the taped vocals were broadcast without the band being able to hear them, resulting in the TV audience hearing the recorded version of the song, while the band members sat motionless on screen waiting for their cue to begin. By way of compensation the band were invited back on to the show the following week, and this time their performance passed off smoothly.

The following year, their second album Scarlet And Other Stories was released, and the band toured around the UK. Widely prevalent on this album were Regan's somber, highly melancholic moods. Painful chance encounters with love also appeared on the lyrical front, and it is this motif (and period of time) which was to greatly paint the picture for the future of the band as well.

In 1990, Bricheno left the group (later to join The Sisters Of Mercy for their Vision Thing era, and subsequent bands XC-NN and Tin Star) to be swiftly replaced by The Church's Marty Willson-Piper. They went on to record Touched By Jesus in 1991 (which featured David Gilmour of Pink Floyd on guitar on two tracks), before changing record companies and taking a dramatic stylistic change by releasing Ultraviolet the year after.

Going an altogether different way to their previous release, Ultraviolet mellowed the band's sound greatly, revisiting Scarlet's general sorrowful feel with a heavy inspiration from the shoegazing movement and psychedelia to turn the Eve signature sound ever colder, with much downplayed vocals. The album, released by MCA Records was not well supported by the record company, considering the change to be for the worse, and the band subsequently went their separate ways. MCA, shedding no tears, promptly deleted the album from their catalogue. Although the band continued for a couple more months without Regan's input, they disbanded in early 1993, with the album they had been working on at the time eventually seeing the light of day under the group name Seeing Stars.

Regan went on to form Mice and to work with Bernard Butler, but an album with the latter never came to fruition due to personality clashes. Though often quoted that Julianne thought Butler to be "Satan", this quote is in fact not true. Later on, she also teamed up with her old Gene Loves Jezebel acquaintance Jean-Marc Lederman in the highly atmospheric Jules et Jim project (a collaboration which continues to this day).

In 1999, old friends The Mission reformed after a short break and started touring. They invited Regan to open for them, and their offer was accepted, starting the second era of the band. Soon after the tour the newly-reformed (Regan, Willson-Piper & Cousin) All About Eve toured for two years, releasing Fairy Light Nights, an acoustic live collection in 2000, with Volume 2 following in 2001, and later followed by two more live albums Live And Electric At The Union Chapel and Cinemasonic (the latter of which was also released as a DVD). A collection of early recordings was also released, entitled Return To Eden, Volume 1 (no second volume has yet appeared).

In 2002, Willson-Piper left the band to pursue other projects, to be replaced by new guitarist Toni Haimi, previously of the band Malluka and now in the Sohodolls. Also in 2002, Julianne and Andy released their first studio recordings in a decade, with the EP Iceland – a collection of "winter songs", including reworkings of previous fan-favourite December and cover versions of Wham!'s "Last Christmas", Queen's "A Winter's Tale", and a minimalist electronic take on the popular song from the animated short The Snowman, "Walking In The Air".

In mid-2004, just after the release of their first single in a decade, "Let Me Go Home", the band split once again. Regan is currently working on projects including an album with Jean-Marc Lederman (in a long-awaited follow-up to the first Jules et Jim album), as well as collaborating with Norwegian songwriters GKraft, and a possible solo album. The nearly-completed Eve studio album that was being worked on remains unreleased, although Regan and Cousin may possibly be dusting off the recordings to finish them in the near future. A double CD collection entitled Keepsakes, consisting of the singles, key album tracks and previously unreleased rarities, as well as some newly recorded songs, was released early March 2006 and will initially be available with a DVD of promo videos and TV appearances.
Read more on Last.fm. User-contributed text is available under the Creative Commons By-SA License; additional terms may apply. 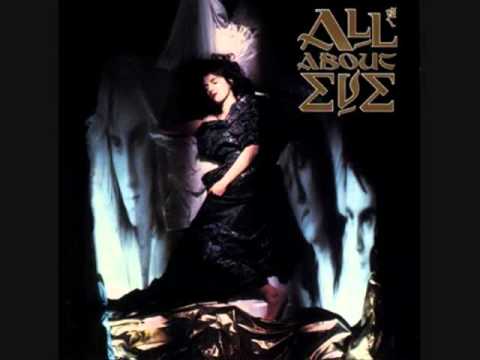 Flowers In Our Hair 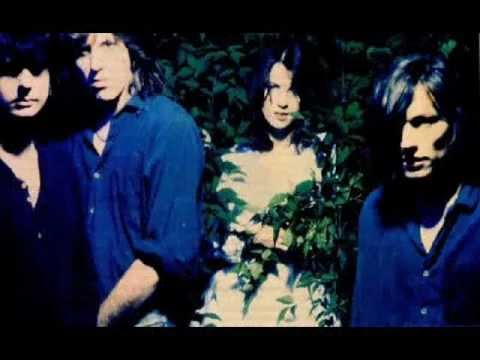 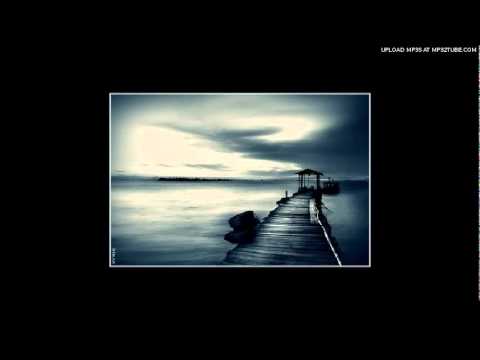 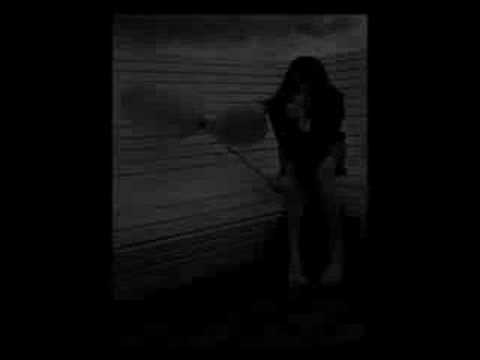 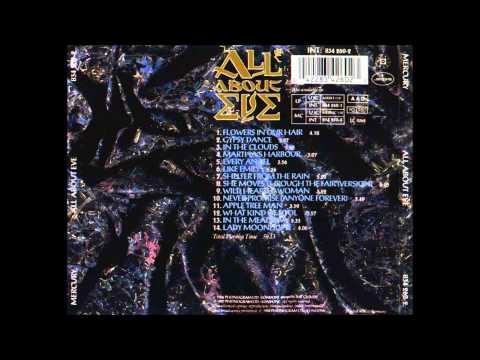 Shelter From The Rain 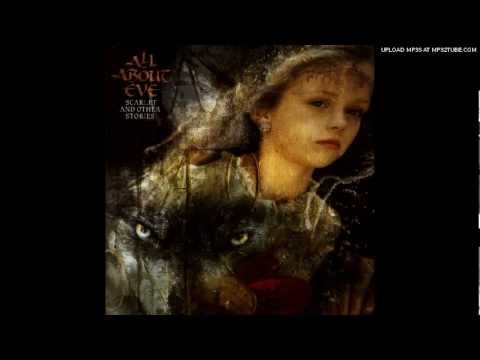 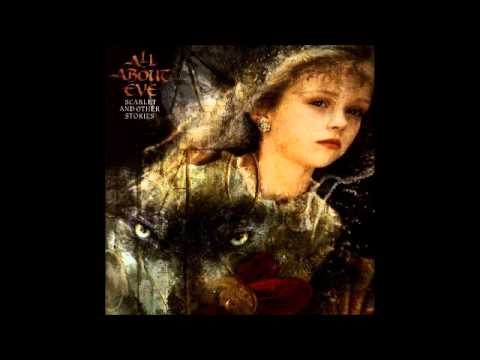