Ali is the name of several recording artists. 1) Ali (or Ali Jones) was born on July 13, 1971 in St. Louis, Missiouri, United States abd is an American rapper and a member of the hip hop group St. Lunatics with wellknown artists like Nelly, City Spud and Murphy Lee. He released his solo album "Heavy Starch" in 2002, collaborated with Big Gipp as Ali & Gipp in 2007 and is also the president of Nelly's record label "Derrty Entertainment". His biggest hit is probably "Breathe In, Breathe Out" wh...

Ali is the name of several recording artists.

1) Ali (or Ali Jones) was born on July 13, 1971 in St. Louis, Missiouri, United States abd is an American rapper and a member of the hip hop group St. Lunatics with wellknown artists like Nelly, City Spud and Murphy Lee.

He released his solo album "Heavy Starch" in 2002, collaborated with Big Gipp as Ali & Gipp in 2007 and is also the president of Nelly's record label "Derrty Entertainment".

His biggest hit is probably "Breathe In, Breathe Out" which served as the official theme of the 2002 movie "Bad Company" (with Chris Rock and Anthony Hopkins).

2) Ali (Born Alistair Moore in Scotland, United Kingdom) began playing the guitar at age 10. After mastering the G, C, and D chords, Ali took his love for music one step further, and began writing lyrics. Soon after, Ali began playing covers in various music groups, around town. The positive response he received from band members, and crowds, gave him the confidence he needed to start performing as a solo act.

Making music was one of the few things he was good at, and he soon realized that this was all he wanted to do. After writing and composing a handful of songs, Ali wanted to get his music out to a broader audience. He began searching out record labels online, and eventually found MVB RECORDS, a small independent label, in New York city.

Ali signed with MVB RECORDS in November, 2012, and released his first commercial single, "If Kisses Were Currency", that same month.

4) Ali (born Alistair Tennant in East London in 1973) s a British Soul/Neo-Soul/R&B singer. He is well-known as a songwriter and studio vocalist, having co-written and sung backing vocals on songs from the likes of U.K. reggae-pop star Maxi Priest, bubblegum divas All Saints (he wrote their hit "I Don't Wanna Be Alone"), boy band equivalent Westlife, and the Lou Pearlman project O-Town. Prior to his solo career, Ali was a member of Rhythm and Bass and one-half of the vocal team Aliway, which he formed with his writing and production partner Wayne Hector and which appeared on records by British teen groups Caught in the Act and 5ive.

Musically, was influenced by Philadelphia Soul of the 1970's. An Ali song like "Whatever You Want" could be a long-lost followup single to the Spinners' 1974 smash, "Mighty Love."

"I take a lot from that kind of Philly soul, the strings and the texture," Ali says. "I love the essence of that era."


4) Ali (born Ali Jones in 1972) is an American Hip-Hop artist. He is responsible for forming the St. Louis rap group known as the St. Lunatics, which also include Kyjuan, Murphy Lee, Nelly, and Nelly's incarcerated brother, City Spud.

Ali convinced Nelly, who is the most popular member of the group to go solo, and bring the group out. Since then Ali has made guest appearances on all of Nelly's albums except his 2004 album, Suit (album). He has also appeared on both of the St. Lunatics' albums, and released a solo-album, Heavy Starch in 2002.

After collaborating with Big Gipp of the Dungeon Family's Goodie Mob, the two have combined forces and working on an album together. Ali & Gipp's album is called Kinfolk was supposed to be released on December 12, 2006, but has been pushed back indefinitely until late 2007.

On October 14, 2006 Ali was pulled over in Hazelwood, Missouri for driving with an expired license and tags. Ali was allegedly tasered with a 50,000 volt taser gun nearly 50 times. Ali also claimed that the arresting officer made racist remarks against him, and threatened to kill him. Ali was charged with resisting arrest, third degree assault on a police officer, and property damage to a police car. Ali also stated that he will file for a restraining order stemming from the police officer's alleged death threats.

5) Ali Kellog (Born 1990 in Los Angeles, CA) is an American lo-fi experimental and folk songwriter/musician. She has recorded under the name "honeymoon". Daughter of Chicago underground-new wave legend John Kellog and Italian travel writer Ceria DiPasqua, Ali grew up traveling and surrounded by music. Her upbringing is prevalent in her music, as she blends several styles and instruments from around the world. She is known for her work with her father's group, Last American Tribe, while her solo work is lesser known. She has taken a break from recording to study photojournalism and visual art. Ali is a part of Jhana Music Group and Records.

6) Ali is a g-funk artist from Los Angeles, CA. 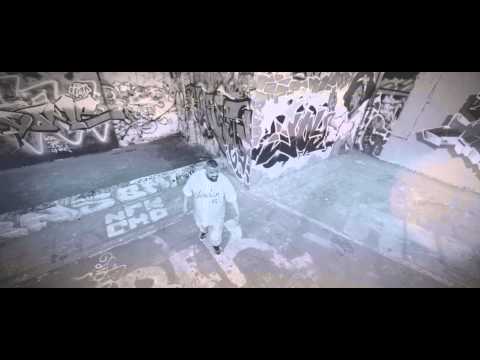