Alejandro Fernández (born April 24, 1971) is a popular Latin Grammy-winning Mexican singer nicknamed as "El Potrillo" ("The Little Colt") by the media and his fans. ] Alejandro originally specialized in traditional, earthy forms of Mexican folk and country music, such as mariachi and ranchera. However, his more recent work has focused on mainstream pop music. He is the son of Vicente Fernández, also a popular Mexican country singer. His nickname "El Potrillo" (The Little Colt) was given to him by the media and his fans because of his being the son of Vicente, who is considered the most popular charro in Mexico.

Born in Guadalajara, Jalisco, Mexico, he trained as an architect but turned to singing in 1991, encouraged by his father. A year later, he released his first album, titled Alejandro Fernandez. Since then, he has recorded 18 albums and sold a reported 15 million records, working with producers such as Emilio Estefan, Jr. and Kike Santander. His first public appearance was in 1976, when his father presented him on one of his shows, he was meant to perform the song "Alejandra". In the middle of the song he forgot the lyrics, started crying and suffered a panic attack, but then, his father got on stage and helped him singing along the song, making it a very touching moment between Alejandro and his father.

In 1992, Alejandro Fernández released his debut, self-titled album, launching one of the most prolific, successful and memorable careers in Latin music. Since then, the son of legendary ranchera singer Vicente Fernández has done what few progeny of famous parents have ever been able to achieve: He’s followed in his father’s footsteps, but at the same time, he’s carved out his own, separate path, thanks to his skilled vocals and an unparalleled stage presence. Fernández also has portrayed the lead role in zapata: El sueño del héroe, a 2004 movie about the Mexican revolutionary hero Emiliano Zapata by filmmaker Alfonso Arau, which proved to be one of the greatest disappointments in the Nuevo Cine Mexicano era, spending 7 million dollars in production and publicity but faring poorly at the box office.

While most Latin acts talk about crossovers from Spanish to English, Alejandro is one of only a handful of artists that have managed to become a superstar by crossing over from the world of traditional ranchera music to the world of pop. That duality began in 1997 with Me Estoy Enamorando, a collaboration with producer Emilio Estefan that sold 3 million copies worldwide and established Alejandro as an international star. In 1998, Alejandro performed along with the operatic tenor Placido Domingo and the French singer Patricia Kaas in Christmas in Vienna VI.

In 2004, A Corazón Abierto reunites Alejandro with Grammy-winning producer and songwriter Kike Santander, who penned his greatest hits from "Me Estoy Enamorando". But it also finds him singing the songs of a bold new generation of songwriters, including Gian Marco, Leonel García (one half of pop duo Sin Bandera), Reyli Barba (former member of pop band Elefante) and Mexican group Tres De Copas.

"A Corazón Abierto" is about love, but it’s hardly a staid album. Quite the opposite. Under the guidance of producers Kike Santander and Aureo Baqueiro, the sound of this record is taken beyond the traditional and is an album rich in instrumentation—rippling guitars, flowing strings and mariachi lines—that treads on folk, rock and ranchera elements with organic ease and conviction. The superb emotional and musical interpretations are the clincher. At times exuberant, "A Corazón Abierto" can also be an album of subtle understatement, unafraid to bare the singer in every sense of the word.

"Romanticism is something that will never die", says Alejandro Fernández, explaining his choice of songs on "A Corazón Abierto", his breakthrough recording about lost love, love that is never forgotten and the capacity to always love again. "I’m super, ultra passionate. We’re releasing an album that’s an x-ray of myself. That’s why it’s titled "A Corazón Abierto". It was something very honest. Not naked, but something deeper than that".

In 2005, Alejandro launches México - Madrid: En Directo Y Sin Escalas (in English: Mexico - Madrid: Nonstop). Featuring 13 tracks including one new song, this album is Fernández at his best - live and in concert! "Produced by Aureo Baquiero and filmed in front of a live audience at Spain’s Palacio de Congresos IFEMA, the production features Fernández performing some of his biggest hits accompanied by a 28-piece orchestra and some of Spain’s most important voices on three of the songs: Amaia from La Oreja de Van Gogh joins him on "Me dediqué a perderte"; Malú duets with him on "Contigo aprendí", and with flamenco star Diego El Cigala perform a moving version of "Como quien pierde una estrella", accompanied on cajon by famed Flamenco guitarist Niño Josele. That same year, Alejandro was chosen to sing along with the tenors Jose Carreras and Placido Domingo in a special concerto celebrating the opening of the "Forum Internacional de las Culturas" in Monterrey. Alejandro's performance was praised by the audience. He also recorded a duet song with the tenor Mario Frangoulis called "Hay Más" from the album Follow Your Heart.

He has five children, (Alejandro, Jr. and the twins, América and Camila) with his ex-wife, Mexican América Guinart, and two (Emiliano and Valentina) with his now ex-girlfriend, Colombian model Ximena Díaz. 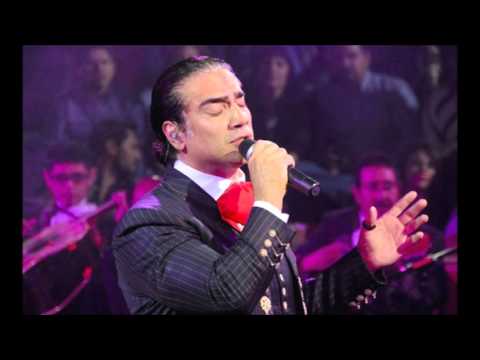 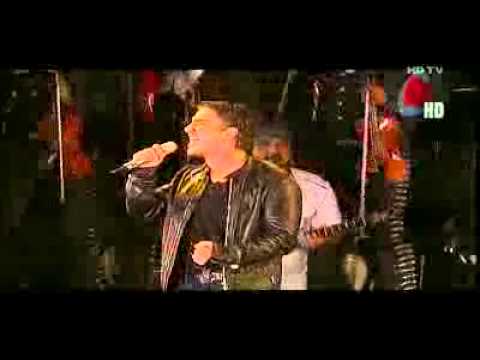 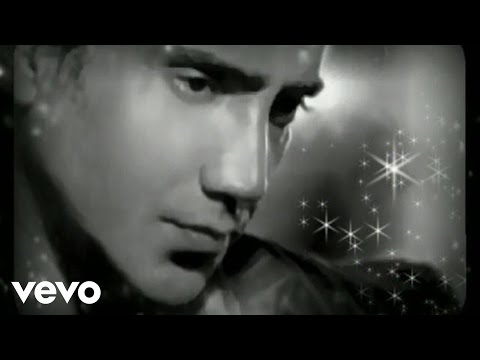 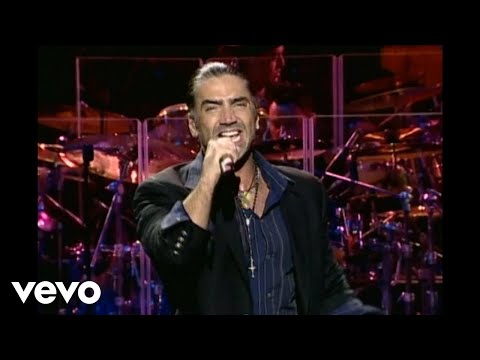 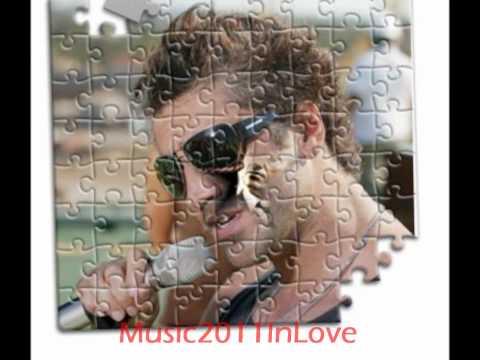 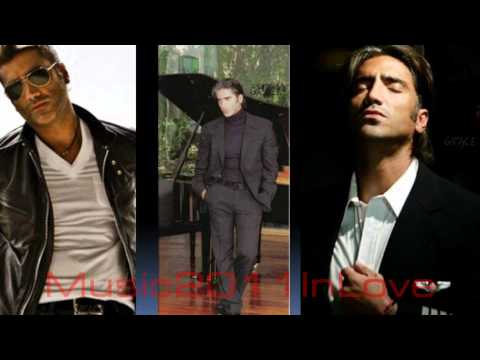 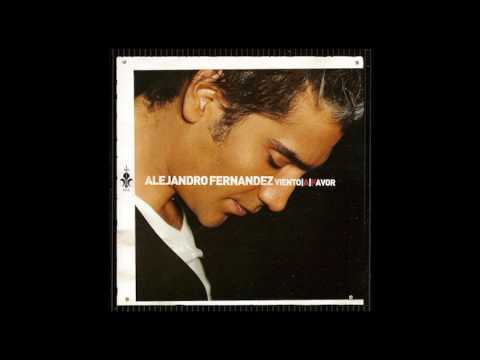 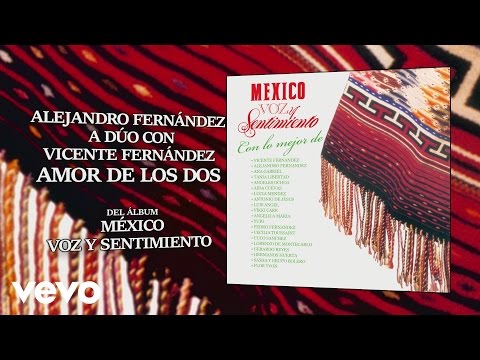 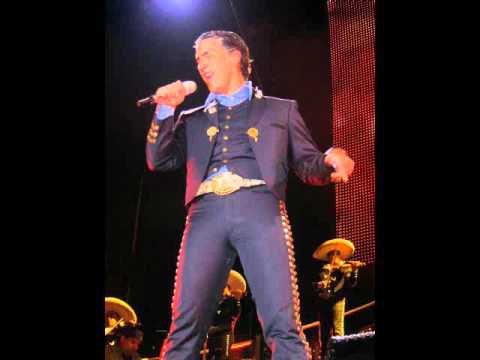 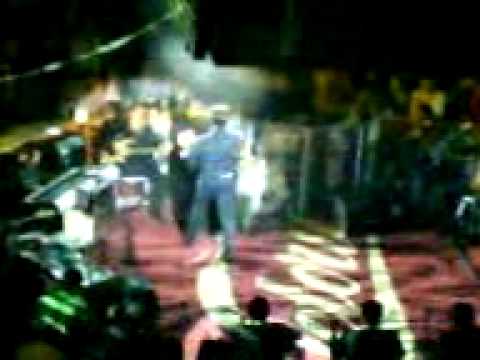 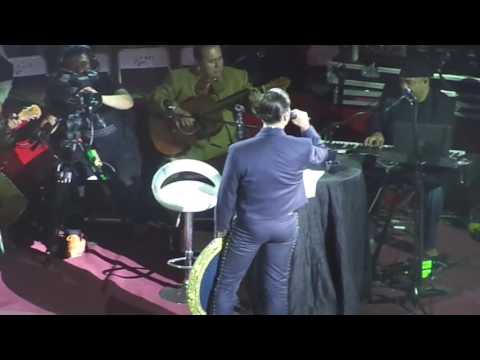 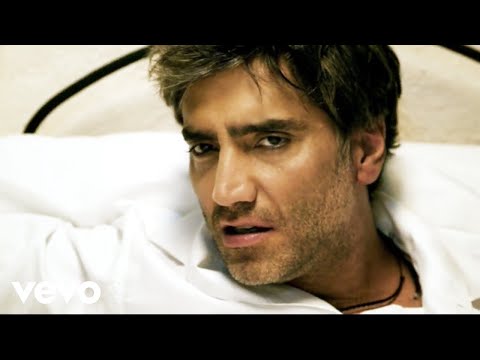 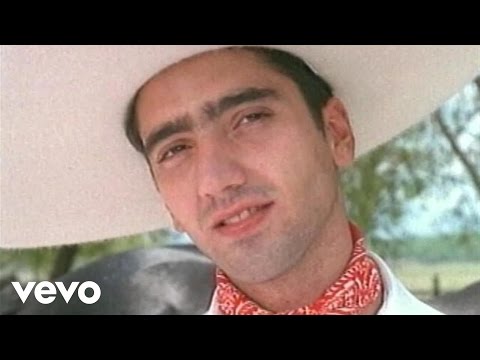 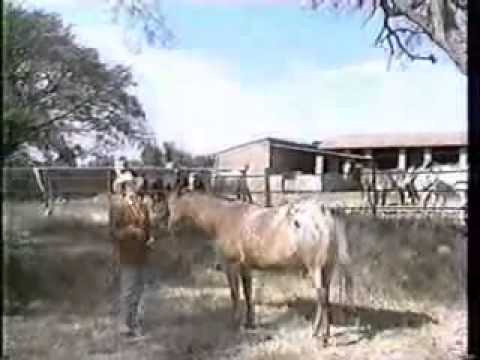 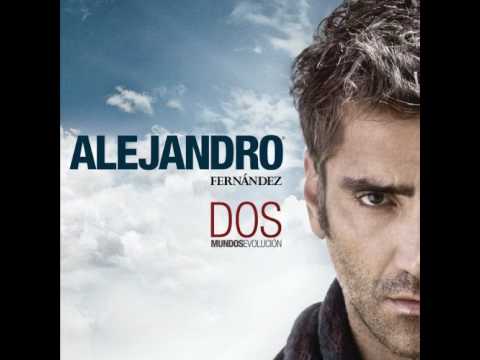 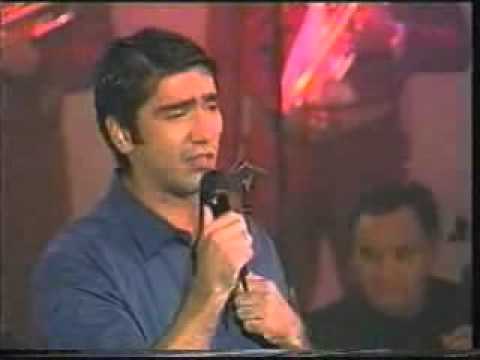 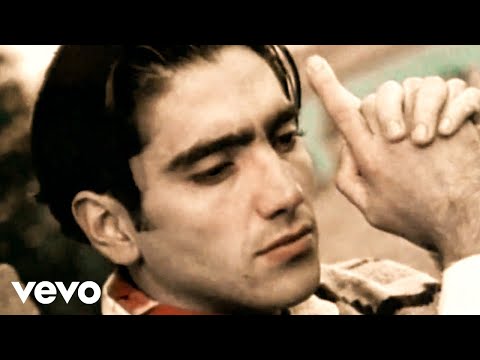 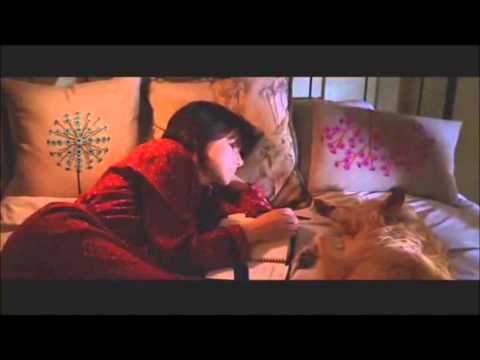 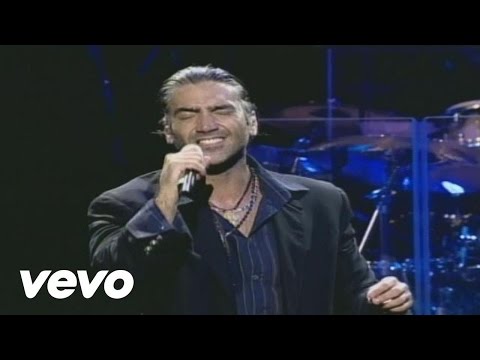 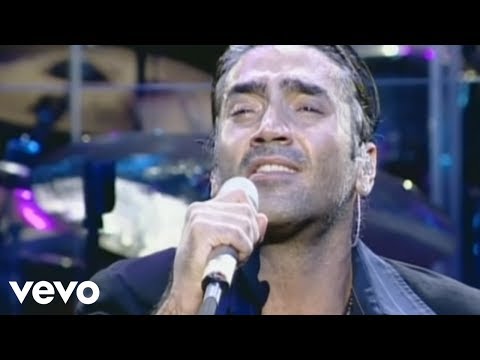 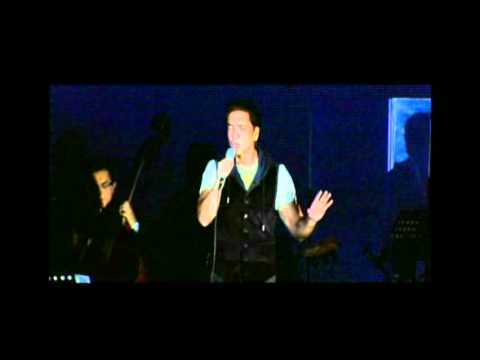 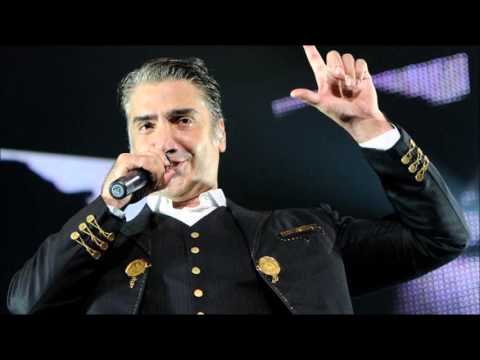 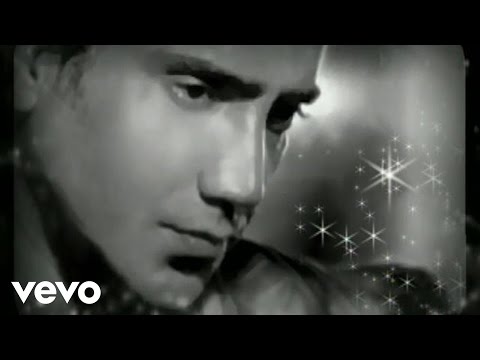 Cuando ya no me quieras 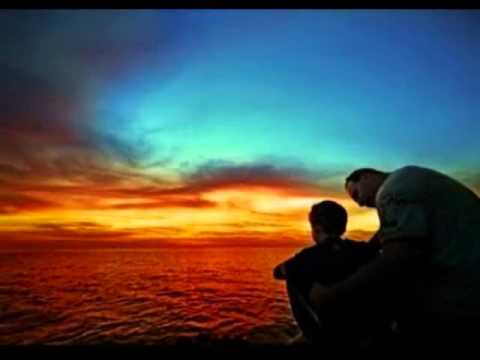 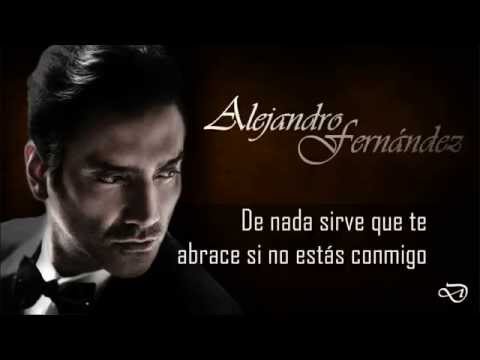 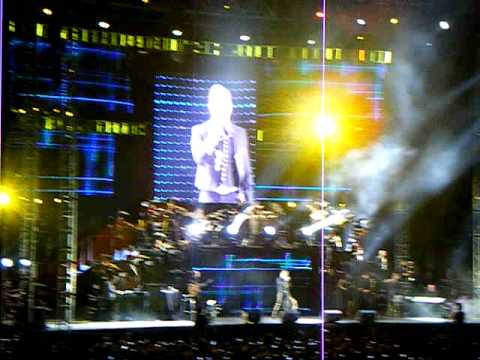 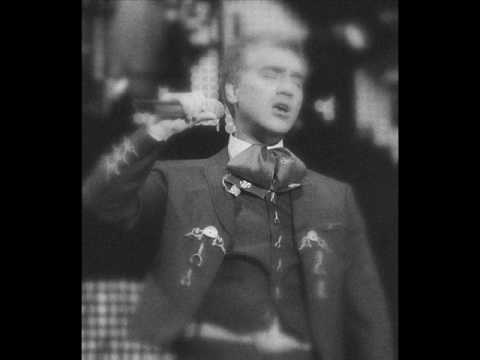 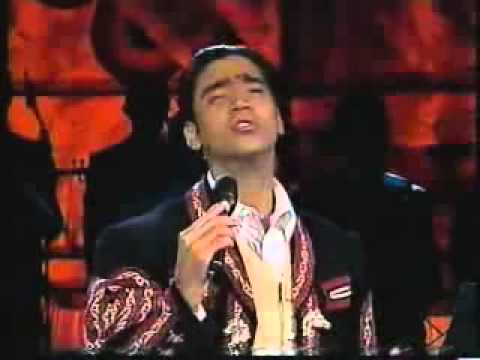